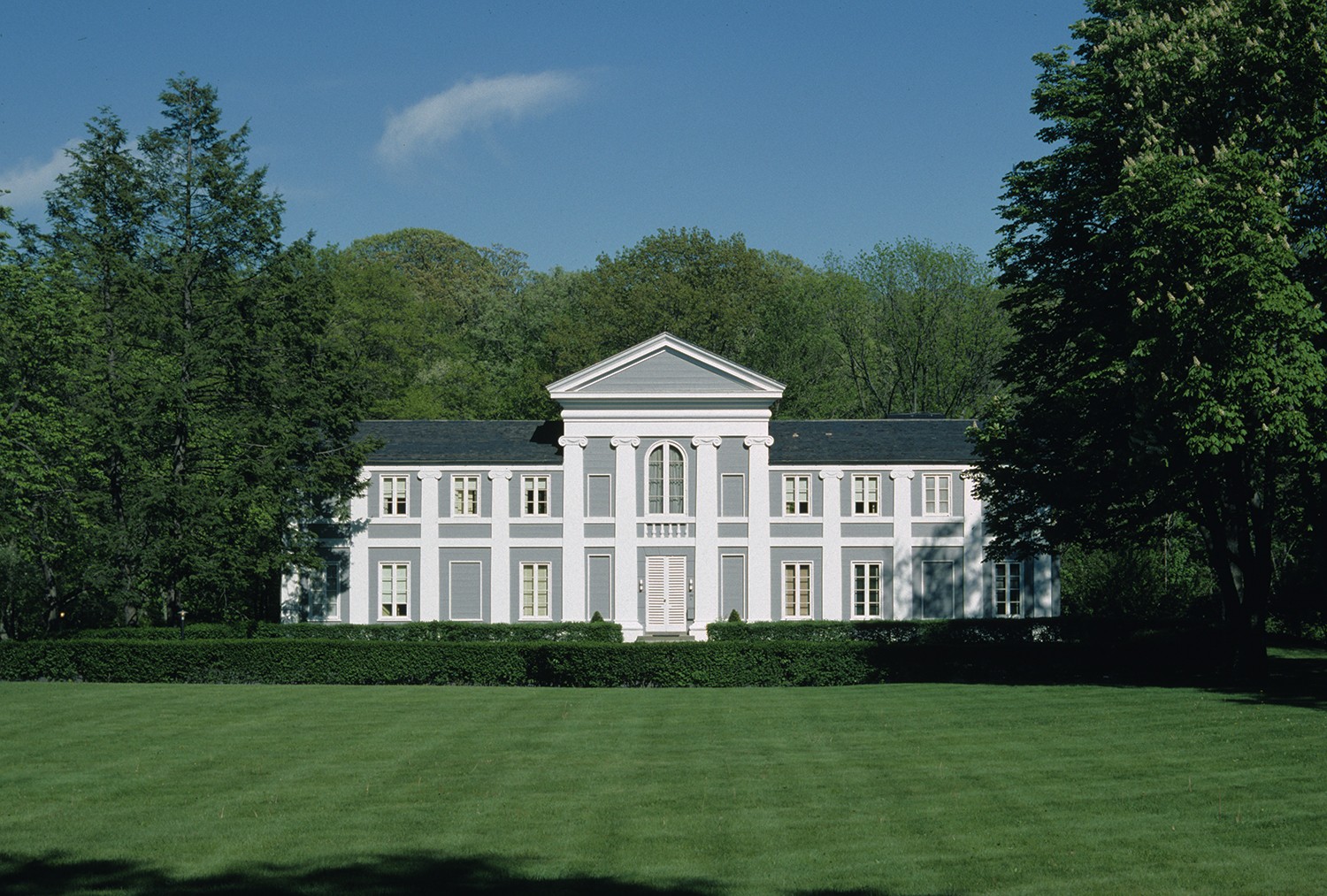 The façade of the Austin House in Hartford, CT 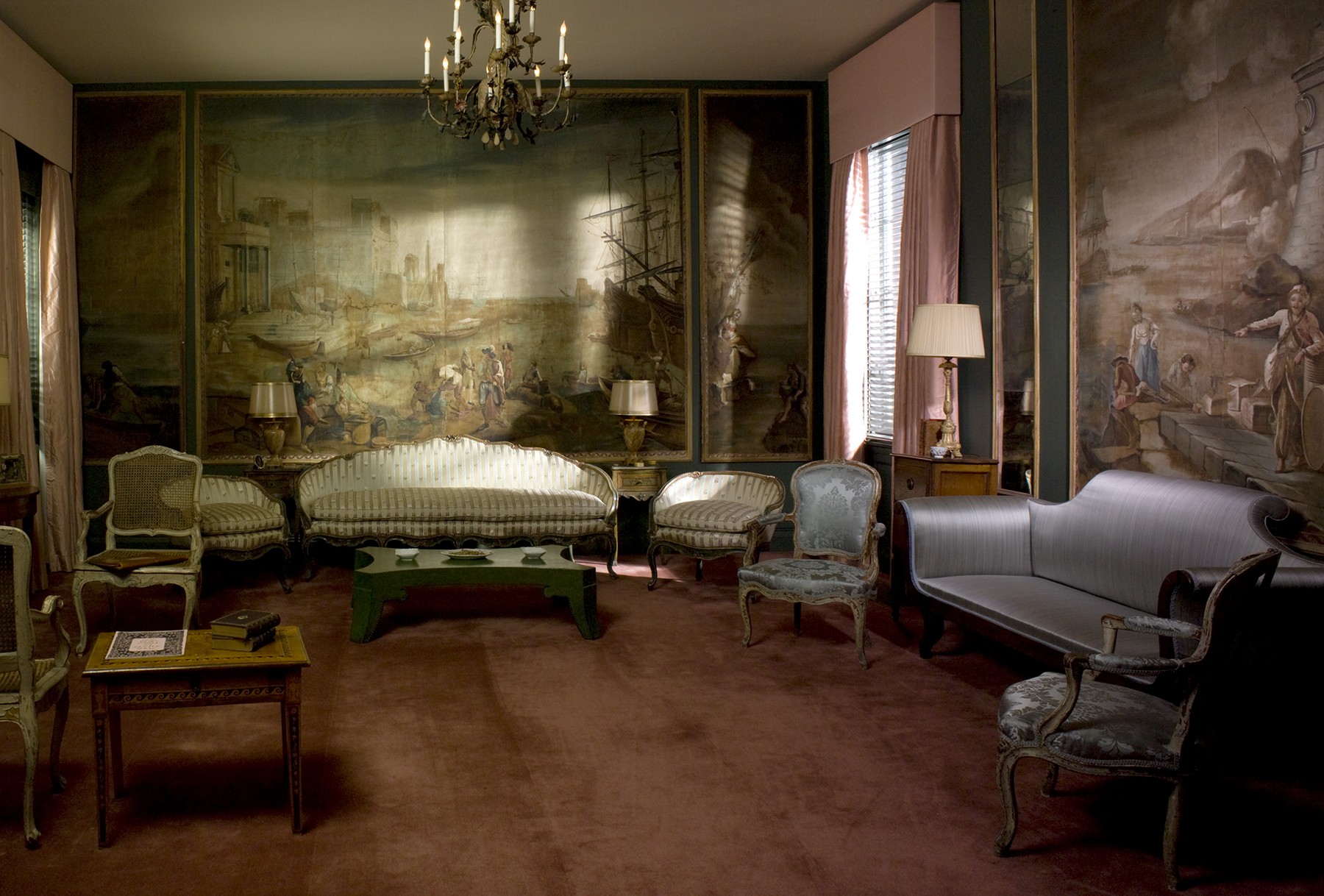 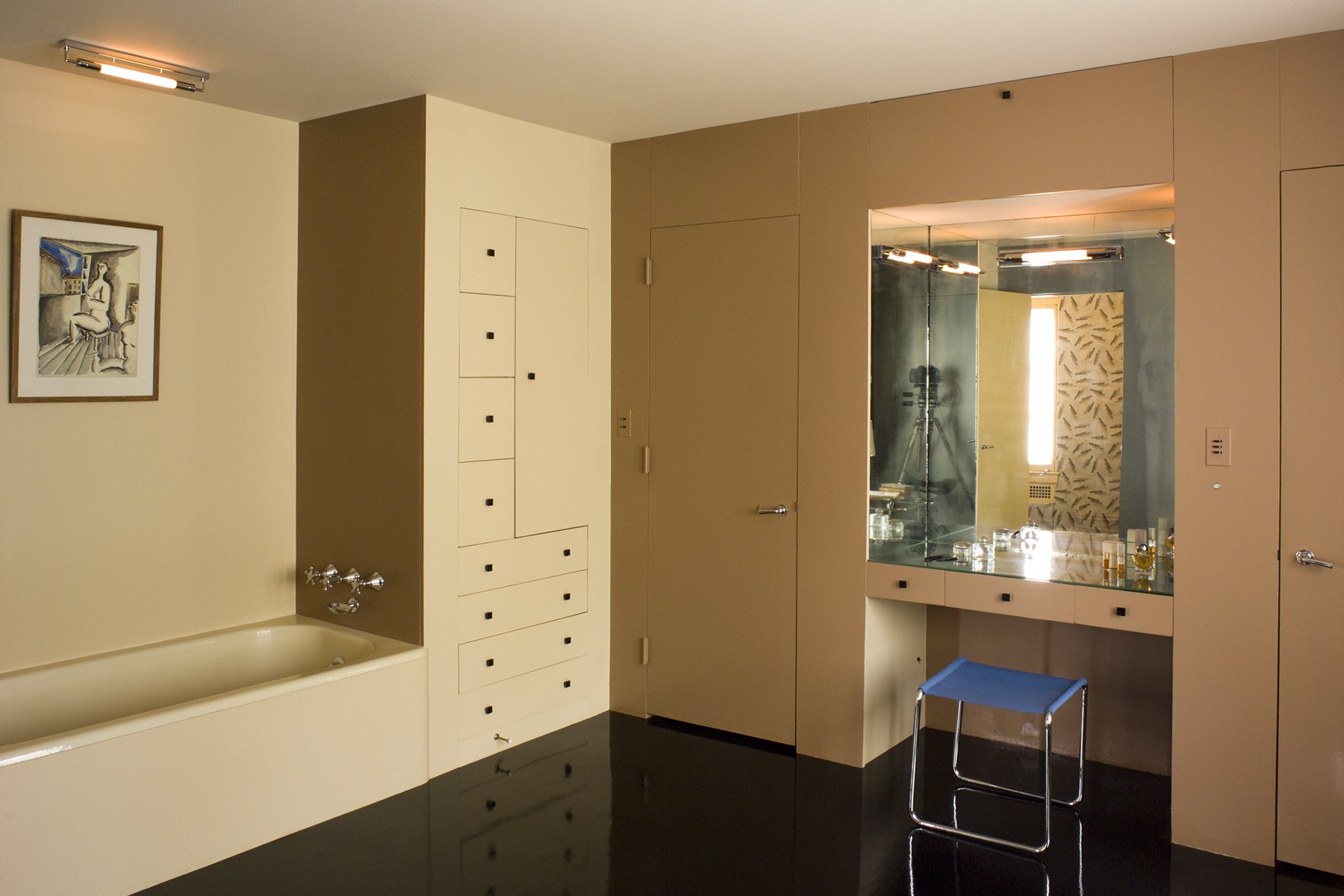 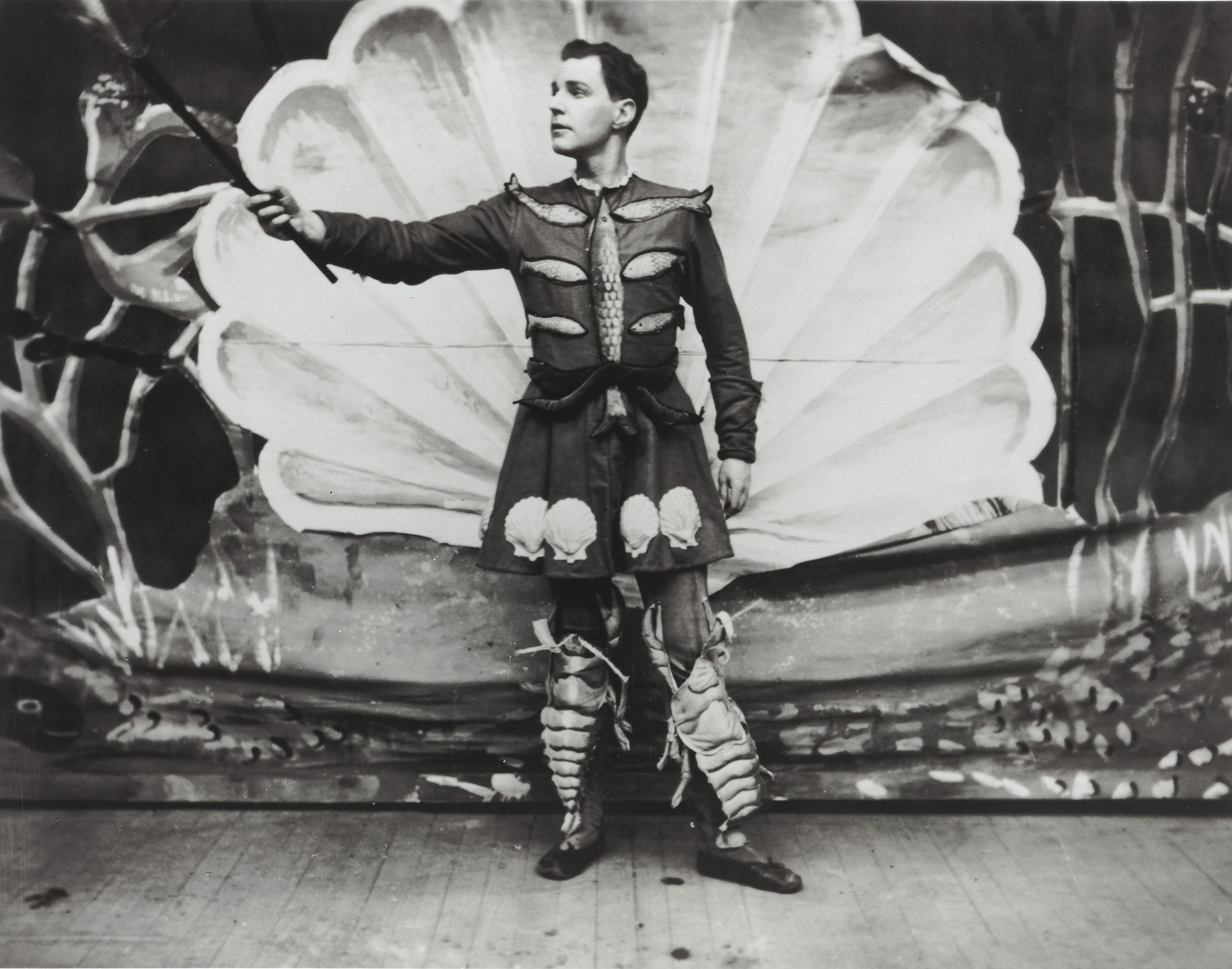 Chick Austin as "The Sea-God of Magic," The Great Osram, Avery Theater, 1944 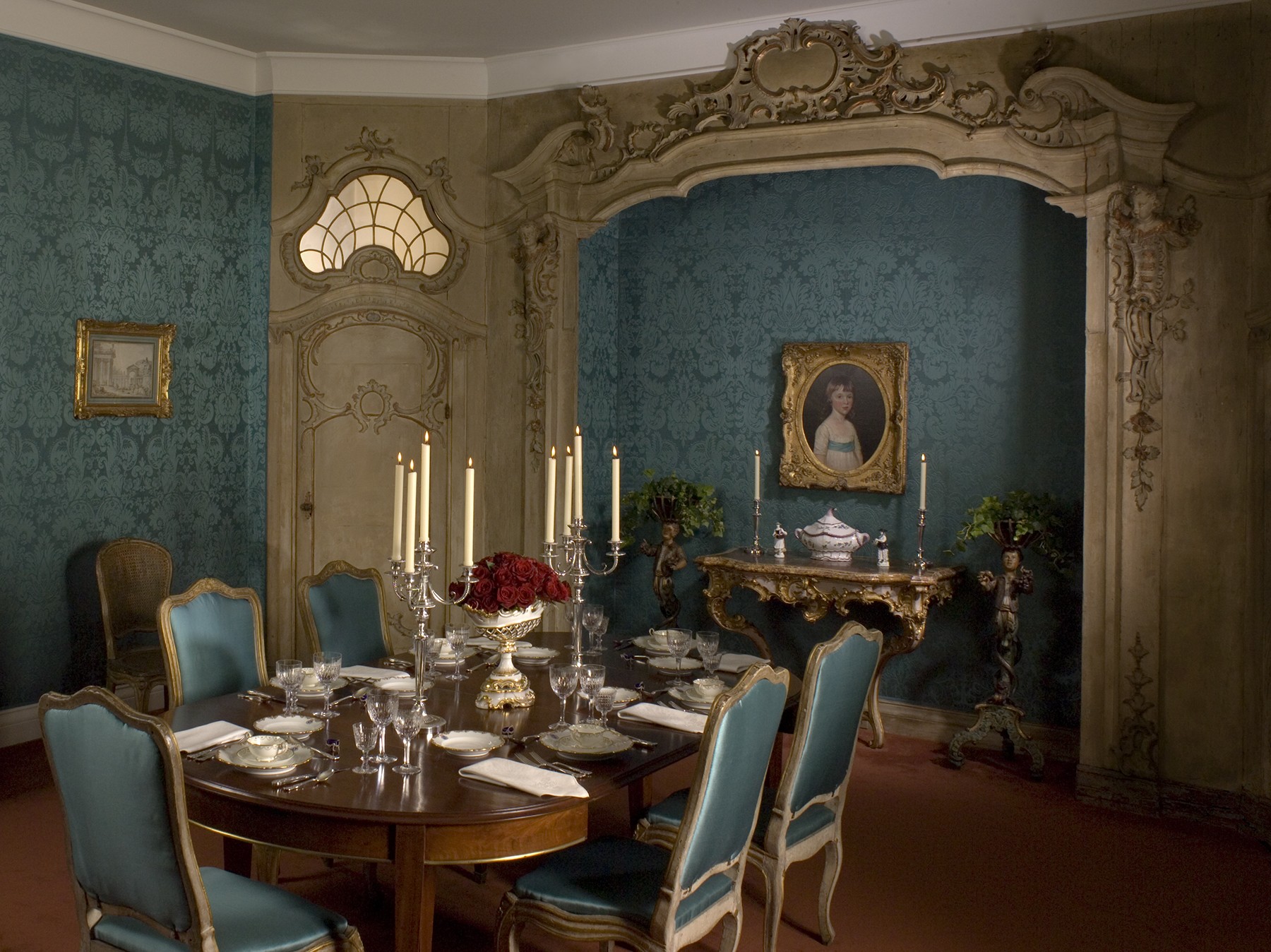 Recently, I was invited to visit a 20th century monument of architecture in Hartford, Connecticut: The A. Everett Austin House. Have you ever been? It’s a magical residence that expresses a moment in American Modernity like no other structure. Take a drive and have a look. But before you go, I’ll give you the basics.

In 1927, at the age of 26, Arthur Everett ‘Chick’ Austin, Jr. became the director of the Wadsworth Atheneum, the oldest public art institution in the United States. In 1930 he built a two-story residence for himself a few miles away from the museum, which would later become one of the most recognizable houses in the world. The Austin house is a study in contrasts: considered by some to be the earliest example of post-modern architecture, by others a camp-opus, and yet by others, an eyesore. A seemingly two-dimensional, 86 foot wide neo-Palladian façade leads to an interior where Bauhaus flirts with Baroque. And this celebration of influences, where the line between authentic and artificial is effectively blurred, is only 18 feet deep — the proportions of a civilized boudoir at most. The house is a monument to Chick’s many passions, most of which he cultivated on extended European tours with his mother, like Venetian decorative arts, modern design, ancient artifacts and ersatz masterpieces.

The design of the Austin House embodies all the bombastic discordance that makes a place famous. The ground floor’s faithful homage to Rococo exoticism is all but forgotten in the second floor’s baths, whose flush, planar details make them a paragon of International Style. In his book Magic Facade: The Austin House, the building’s curator and champion Eugene Gaddis notes that locals even took to calling it a “pasteboard palace.” Gaddis also served as the guide on our tour of the house, where he described a dig to uncover the original layers of Chick’s interior stylings, opened family photo albums, played recordings of elegant Chick narrating Peter and the Wolf to Hartford children, and recounted hedonistic black-tie parties on the first floor attended by the modern-arterati of the day: Philip Johnson, Alfred Barr, Alexander Calder, and even Le Corbusier.

A renowned showman of both the high and low variety, Chick facilitated and participated in performances by Virgil Thompson, Gertrude Stein, Martha Graham, and George Balanchine (believe it or not, New York’s prestigious School of American Ballet was essentially founded in Hartford). He built the first institutional gallery dedicated to the exhibition of modern art and the Avery Memorial Building, the first American museum gallery designed in the International Style. He was also a member of the International Brotherhood of Magicians and staged glamorous magic shows as his alter ego, Professor Marvel. And marvelous he was. Chick’s circus-like theatrics were essential in popularizing avant-garde art and design in the United States. But the house was, undoubtedly, one of Chick’s greatest acts.

I feel so lucky to have explored this national treasure with the accompaniment of Mr. Gaddis’s rich memory. When you descend upon Hartford, tell him Pepita sends besitos.

Pepa Shores is a trusted aesthete and design doyenne who irregularly pens reports for PIN–UP from her various travels around the world.