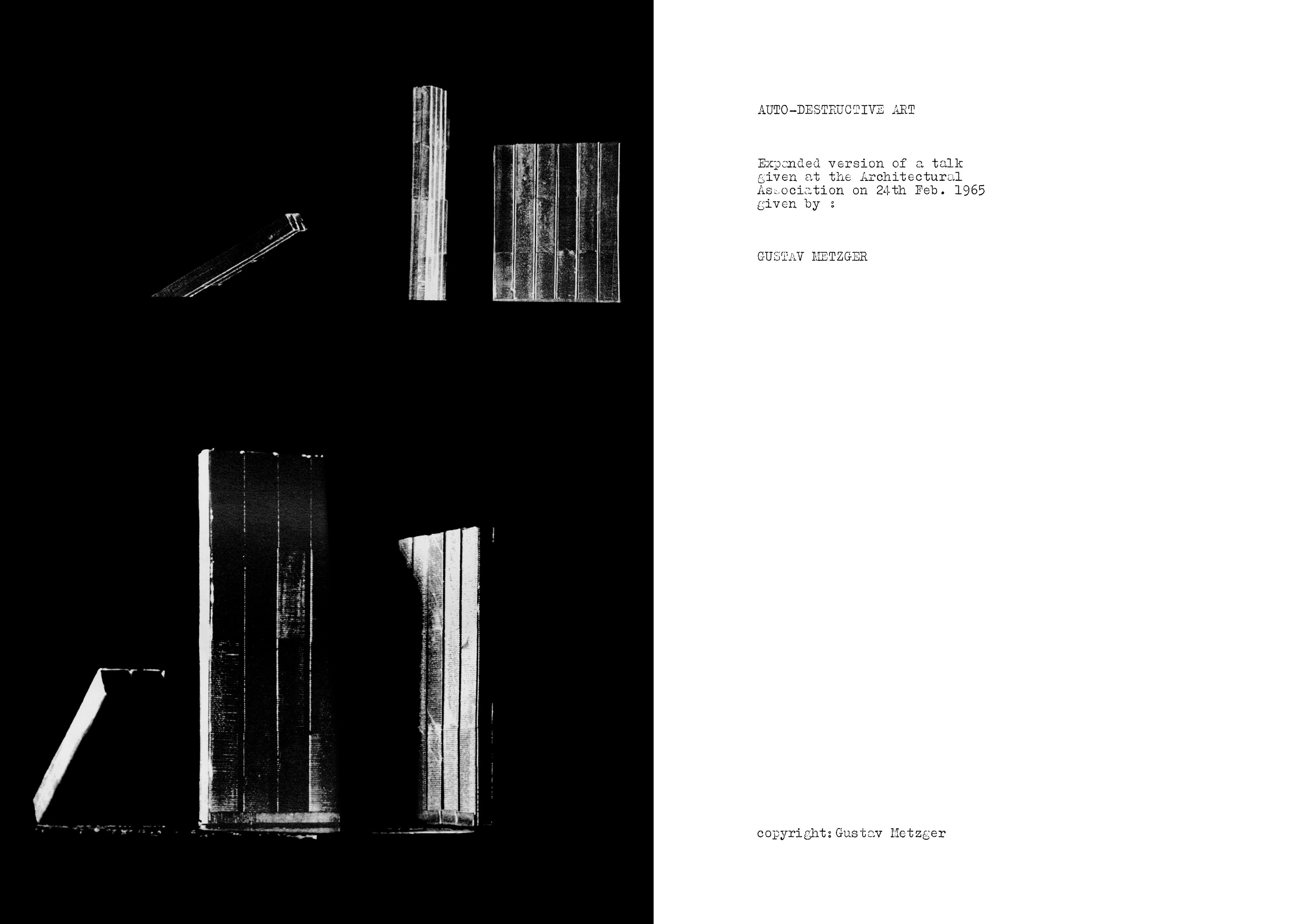 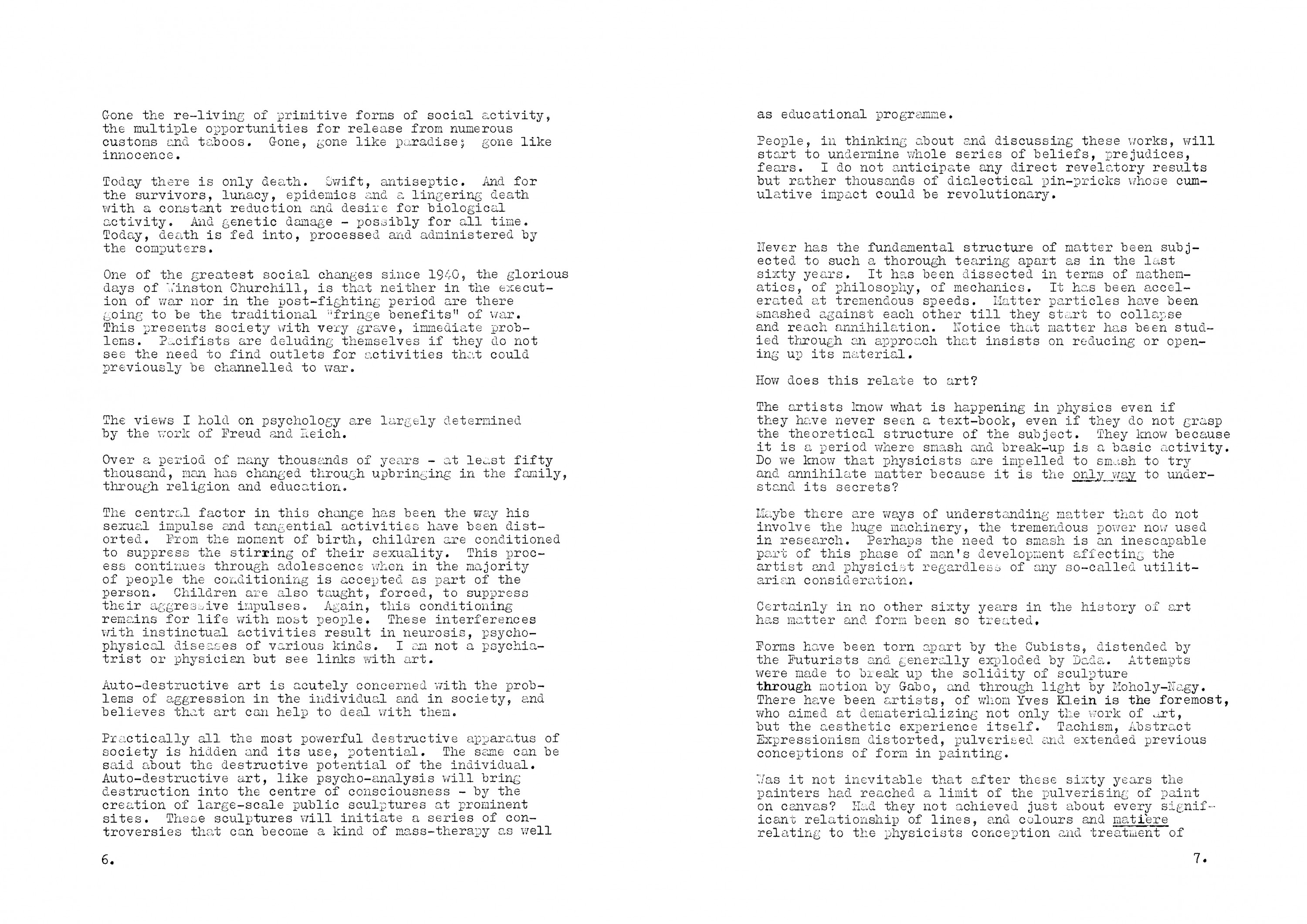 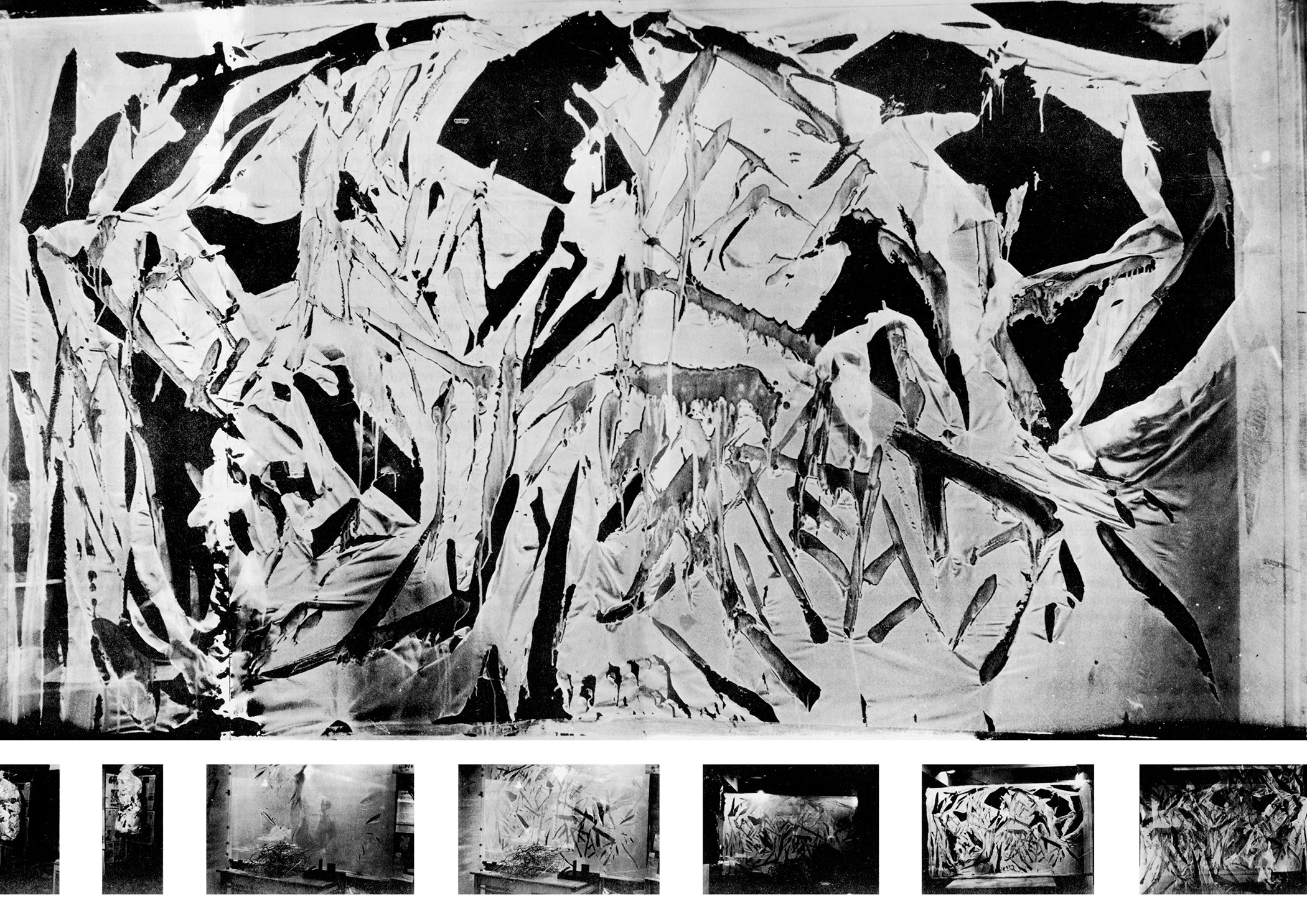 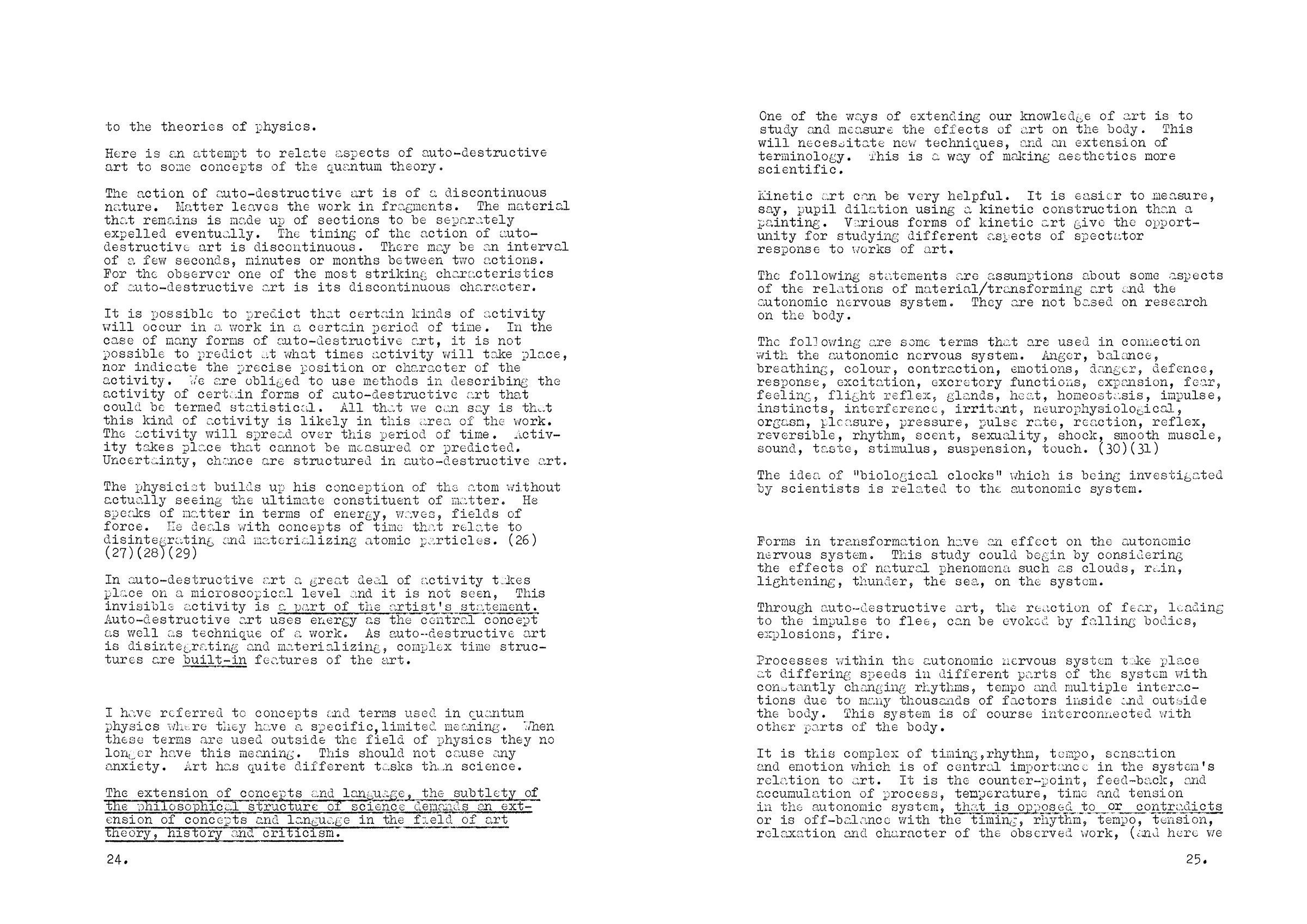 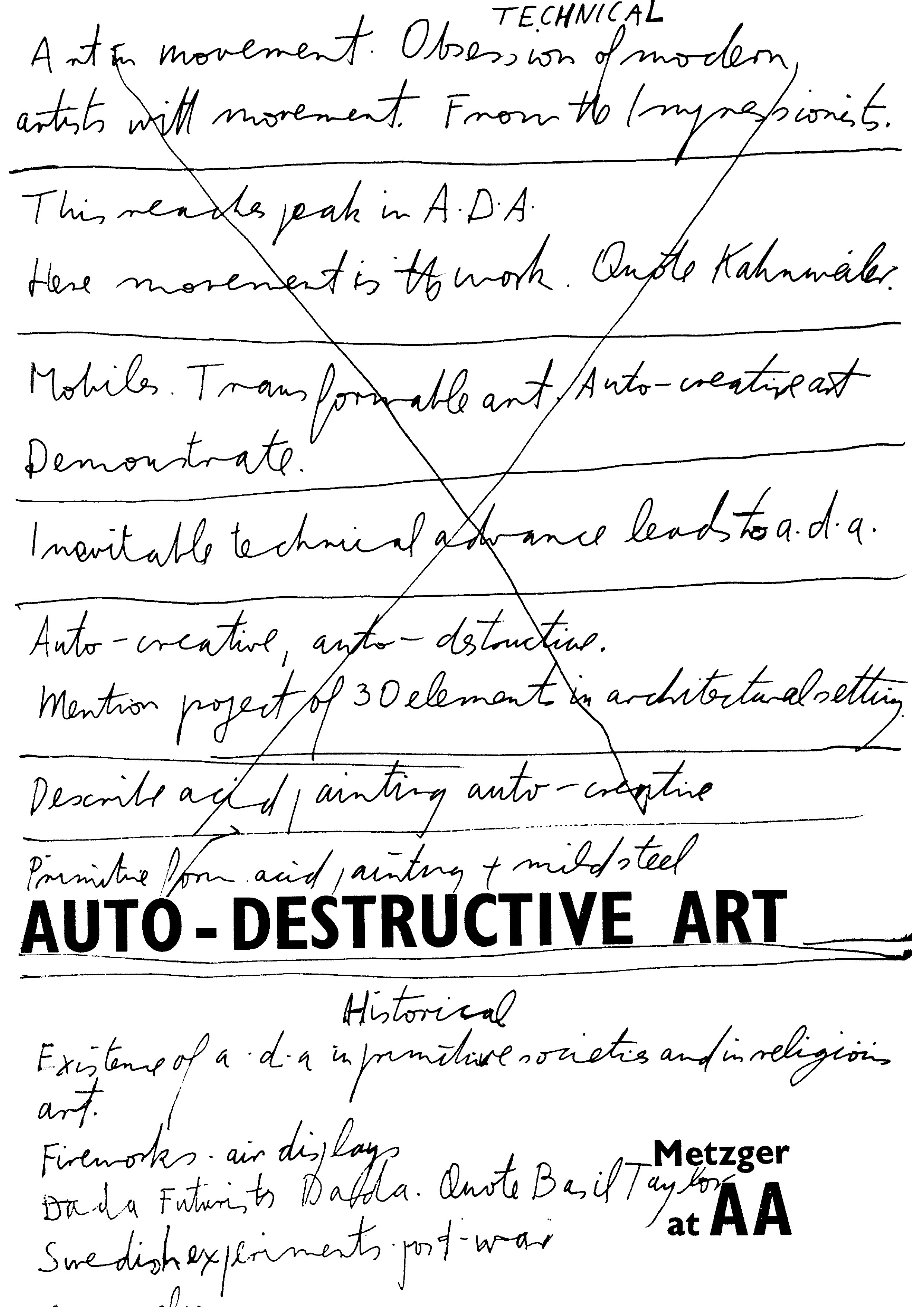 In December 2015, at the COP21 Climate Change Conference, the leaders of 195 nations signed a landmark agreement to reduce carbon emissions and avoid increasing the world’s temperature more than 2° Celsius above pre-industrial levels. This resolution came 20 years after the first U.N. Climate Change Conference, but is the product of an environmentalist struggle that began in the years following World War II — a struggle to which the artist Gustav Metzger, who died on March 1, 2017, has acted as a kind of prophet.

His raw and beautiful book Auto-Destructive Art: Metzger at AA is a brilliant demonstration of how the practice of art and political activism can coalesce. A transcript of a lecture given in 1965 at the Architectural Association in London, the 30-page facsimile outlines his idea of an “auto-destructive art,” which both through the production of artworks and through social action reflects the threat of world destruction by engaging with the atomic decay of matter. One example of Metzger’s proposals was a non-reflective steel cube, to be placed at a traffic-heavy intersection, which would slowly corrode due to the mechanical, chemical, and electric “self-devouring” activity of a mass of equipment within. While these ideas were developed in the wake of the 1962 Cuban Missile Crisis, their depiction of the world is no less relevant today. Metzger challenges art’s relation to atomic warfare as much as its relation to the ecological implications of capitalism.

The resurgence of interest in Metzger’s work — which has manifested itself both in a long-term display at Tate Britain (BP Spotlight: Gustav Metzger: towards auto-destructive art 1950–62) and in his co-curation of the 2014 Extinction Marathon at London’s Serpentine Gallery — coincides with the emergence of a generation of artists who have grown up amidst ubiquitous digital technology and ecological crisis. The auto-destructive idea, as set out in the book, is a powerful call for art to enact “the transformation of our world from a sick planet to a healthy one.”

Auto-Destructive Art: Metzger at AA, by Gustav Metzger (Bedford Press, 2015) is currently only available only as eBook.