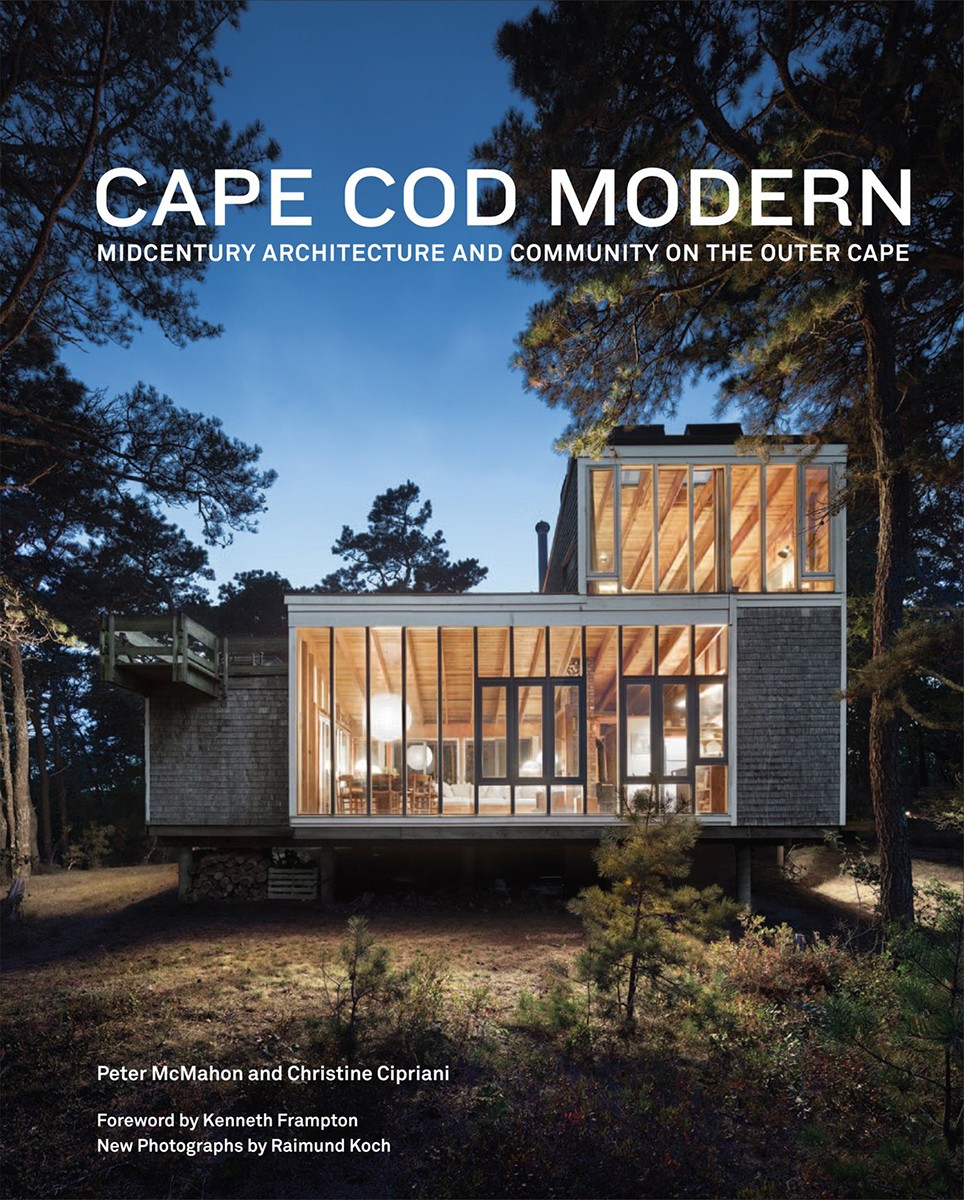 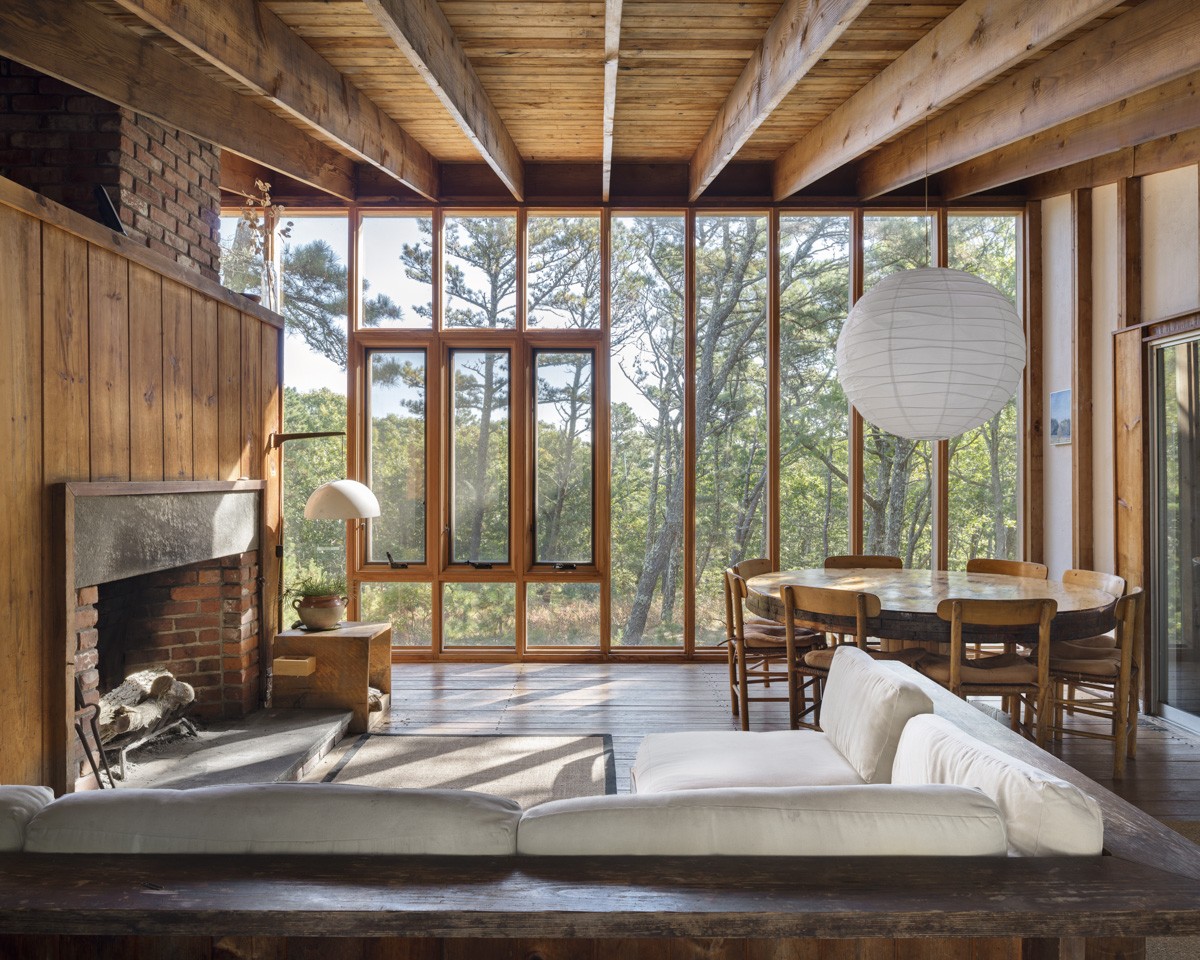 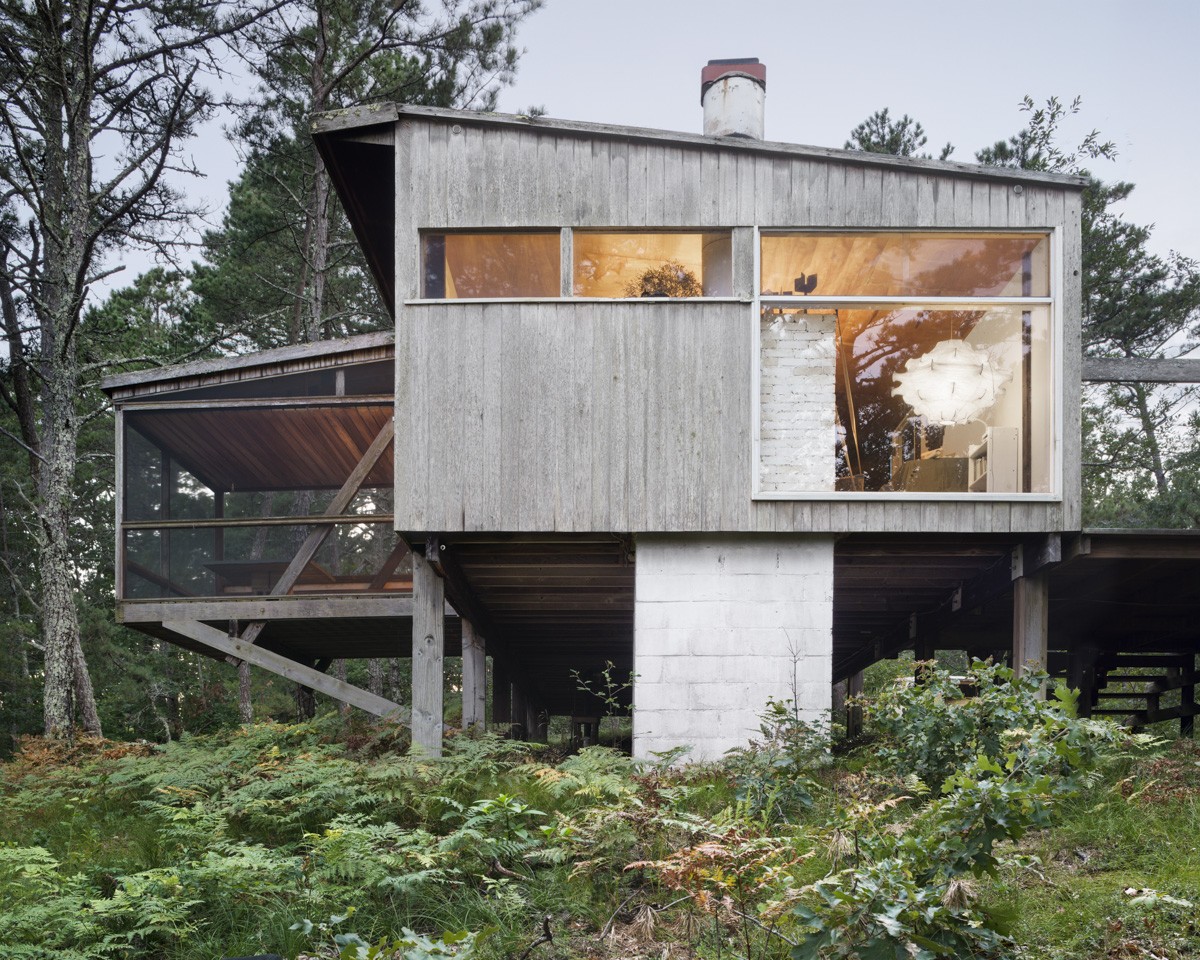 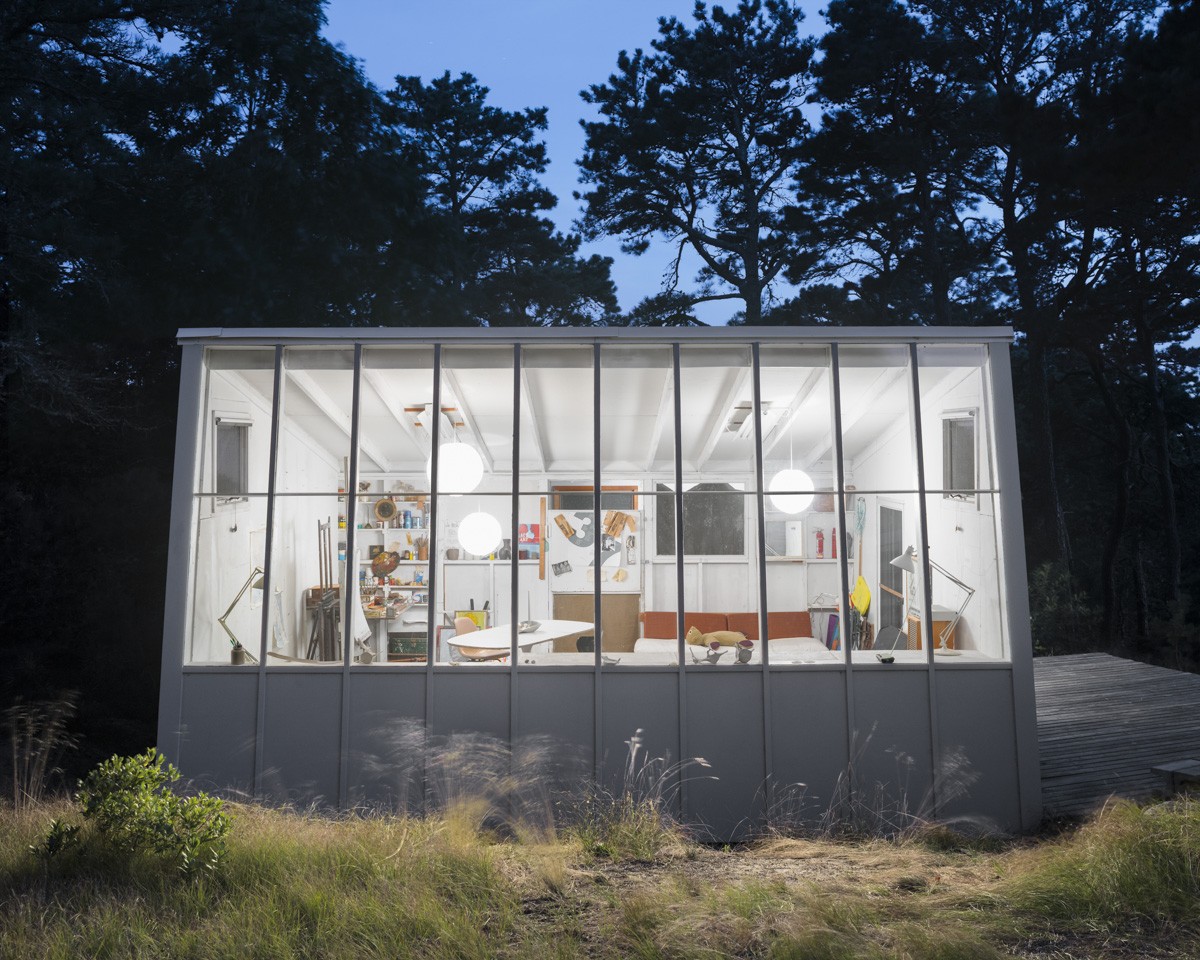 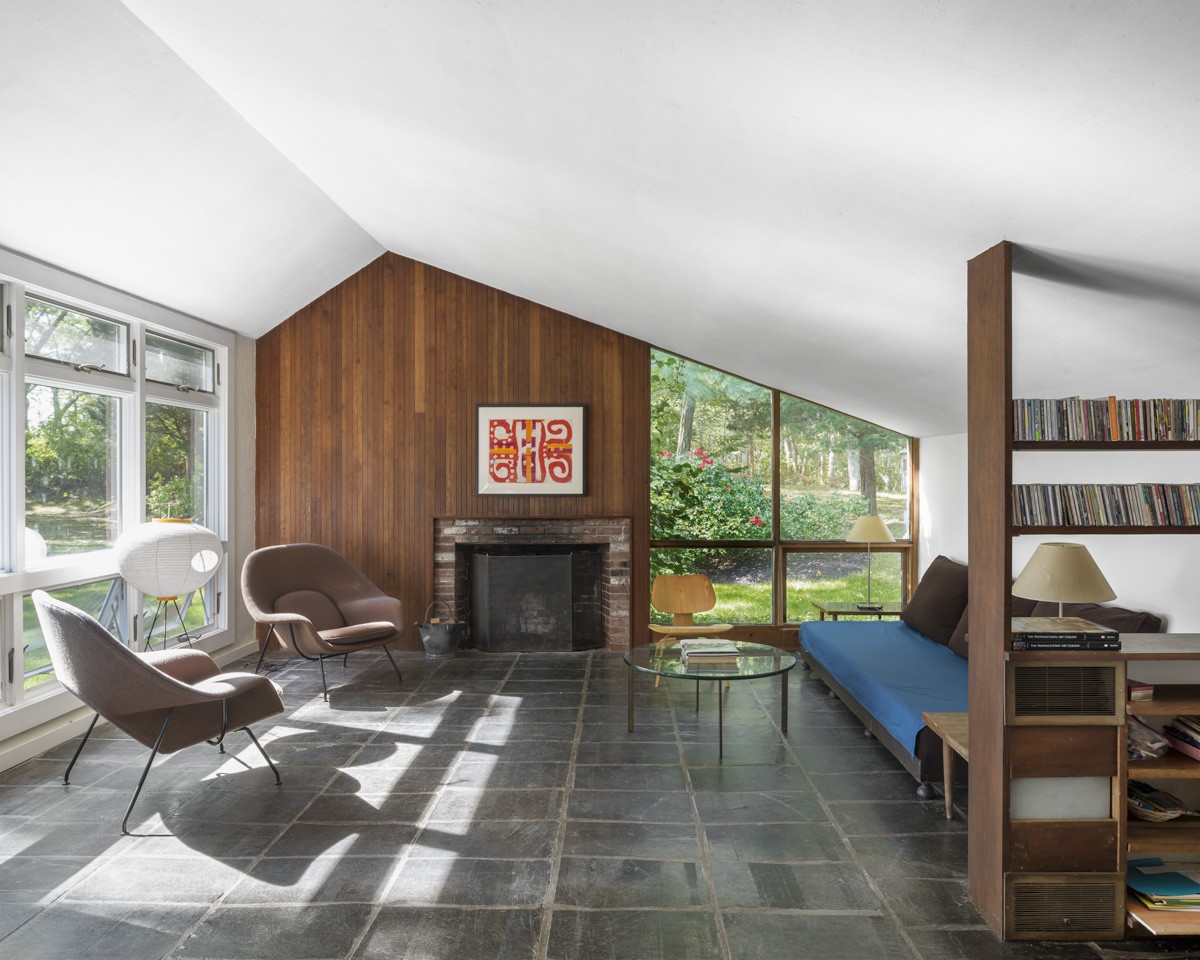 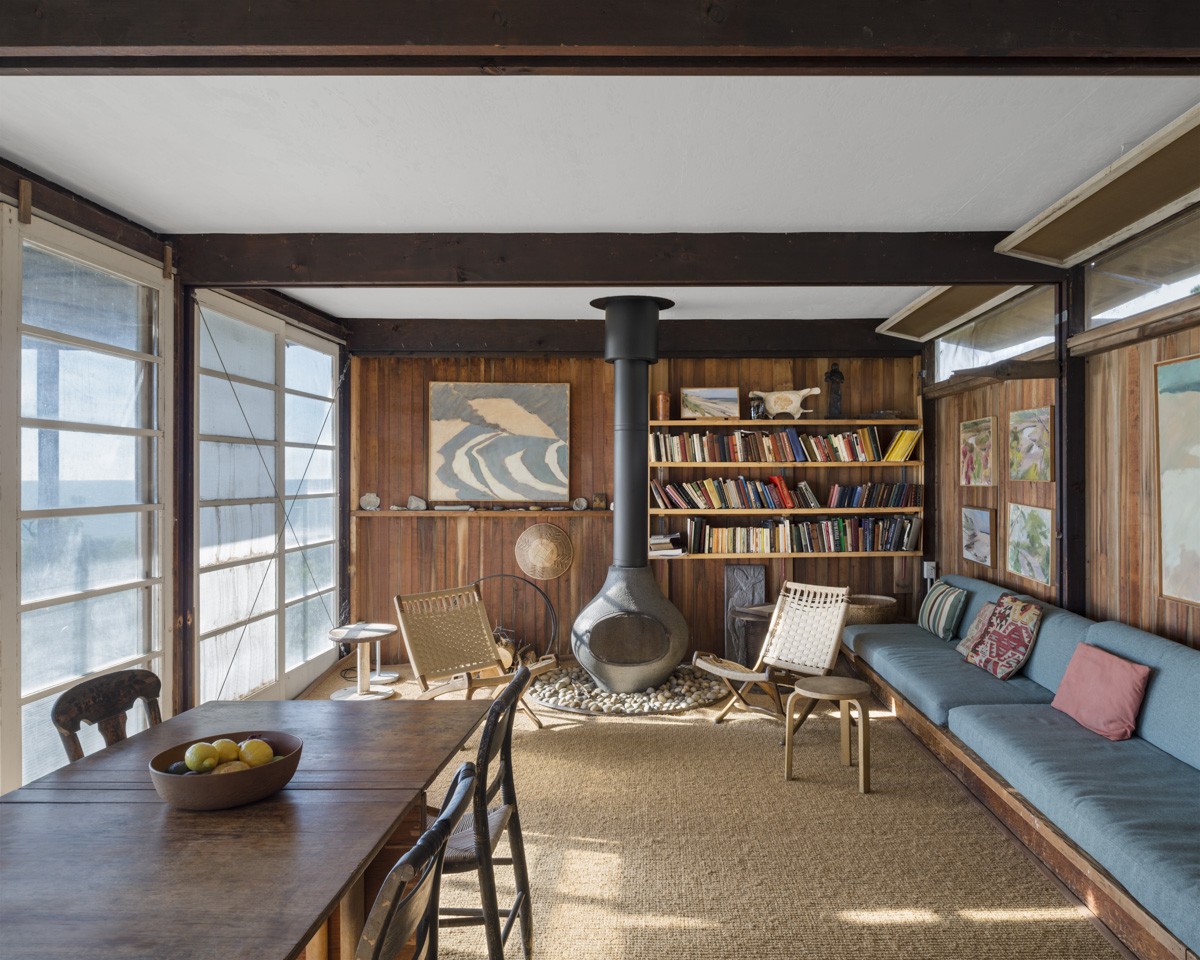 In the late 1930s, a group of European Modernists — including Marcel Breuer, Serge Chermayeff, Walter Gropius, and Olav Hammerström — took to vacationing along the sandy dunes and secluded lakes of Cape Cod, where they mingled with self-taught local architects. The result was a hybrid architectural scene that merged New England craft with Bauhaus tenets. As Kenneth Frampton writes in the foreword to Cape Cod Modern: Mid-Century Architecture and Community on the Outer Cape, it was “as much about experimental modes of living and radical thought as it was about a responsive and progressive architectural culture.” During the four decades from 1938 to 1977, the diverse group built nearly 100 secluded, cedar-clad cottages along the Outer Cape, most of which still exist today, albeit often in a decrepit state. From the Miesian grid of Jack Hall’s Hatch Cottage (1960) and Breuer’s series of rustic Wellfleet cottages (1945–63), to the prefab Postmodernism of Charles Jencks’s Garagia Rotunda (1976–77), and the towering Brutalism of local amateur Charles Zehnder’s Broedur House (1977), these homes provide an eclectic cross-section of 20th-century architecture. Seven years of research by authors Christine Cipriani and Peter McMahon (founding director of the non-profit Cape Cod Modernist Trust) went into producing Cape Cod Modern, the definitive account of this little-known chapter in American architecture. The book’s 237 pages feature profiles on 13 architects, a wealth of personal anecdotes, and over 300 images — including commissioned photographs, vintage interiors, family snapshots, drawings, and original renderings — all of which add up to a detailed portrait of a unique, regional subculture.

All images by Raimund Koch.