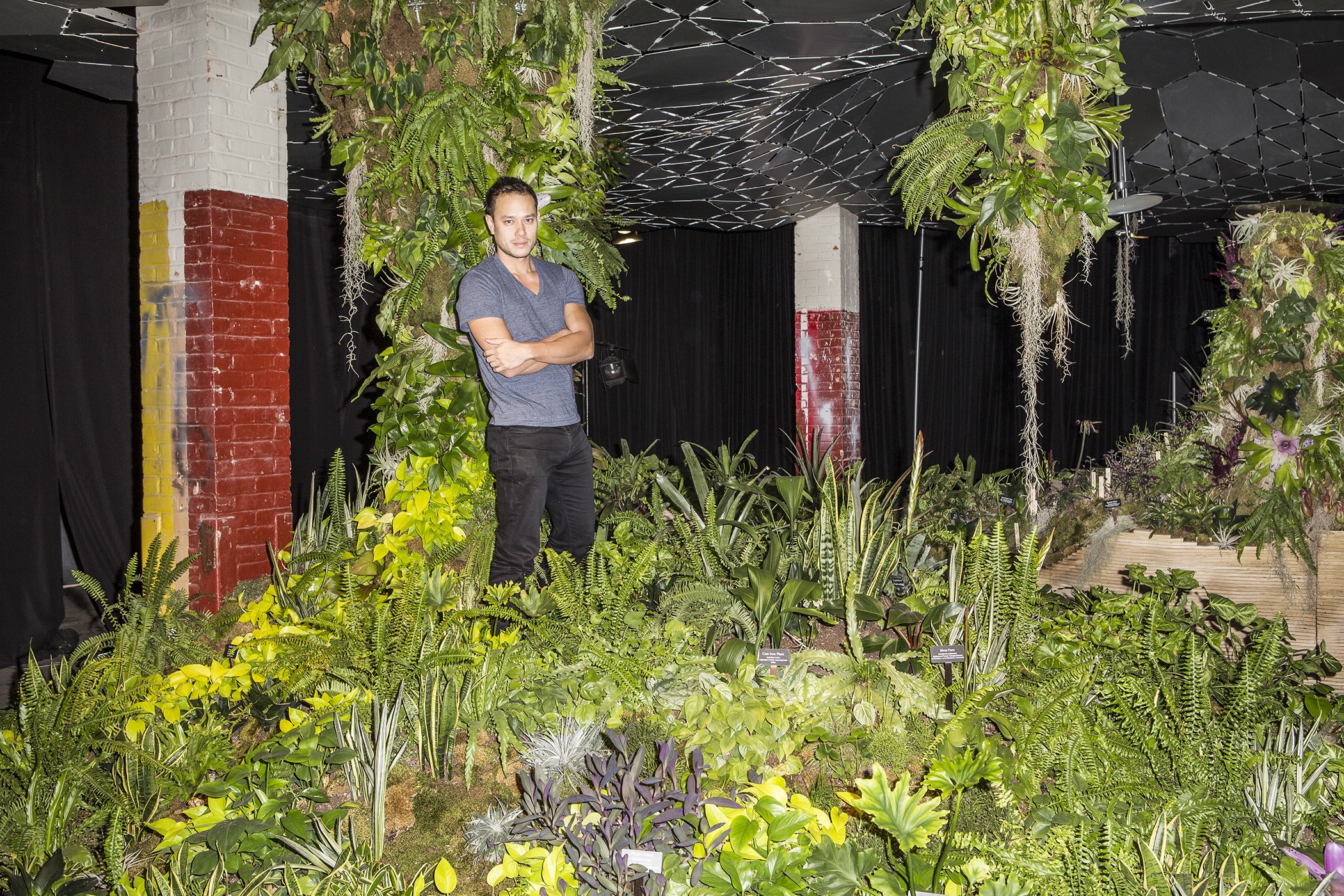 DOWN LOW: PLANNING AN UNDERGROUND PARK IN NEW YORK CITY

“Everyone was so caught up in the frenzy of putting up garbage-y buildings that they forgot about the old heritage of the city,” says James Ramsey on the subject of the pre-2008 condo boom in New York City. Part of the heritage to which the 38-year-old architect — a former NASA satellite engineer and founder of New York-based firm Raad Studio — is referring is the Williamsburg Bridge Trolley Terminal in Manhattan’s Lower East Side, an area notorious for its lack of green open space. Located underneath Delancey Street, the trolley terminal was used from 1908 to 1948 by the Metropolitan Transportation Authority (MTA), before being abandoned and left empty. Now the 1-acre space is the object of Ramsey’s vision for the Lowline, an ambitious underground-park initiative he co-founded in 2011 with entrepreneur and business strategist Dan Barasch. Their astonishing plans resemble a high-tech cavescape containing well over 50 species — including ferns, strawberries, pineapples, Spanish moss, and even carnivorous plants — which will be kept alive below grade thanks to daylight that’s captured via street-level mirrored discs and channeled down through fiber-optics.

To help make their vision reality, Ramsey and Barasch have established a non-profit in the image of the Friends of the High Line, a project that draws inevitable comparison not just in its nature but also because two of the High Line’s board members are now serving on the Lowline’s advisory committee. Then there’s the Lowline Lab, located in an abandoned market on nearby Essex Street, which opened to the public in October 2015. It serves as a laboratory to test the light-capture technology (invented by Ramsey and developed with South Korean-based company Sunportal) and to find out which plants will survive. But in addition to the practical hurdles, there are also political obstacles. The MTA has yet to give up the lease of the space, and some critics are concerned about the project’s contribution to the area’s increasing gentrification. And then there’s the inevitable question of money. The Lowline comes with a price tag of at least 60-million dollars, only a fraction of which has so far been raised, mostly through two separate Kickstarter campaigns. But the Lowline team is optimistic the project will be universally embraced once people experience a visit to the Lab. “Plants are not just surviving here, they’re growing,” says Signe Nielsen of Mathews Nielsen Landscape Architects, who partnered Ramsey’s team on the life-size mock-up. “The giant bromeliads are doing really well,” adds Ramsey. “Mushrooms do well too. What we’re dealing with is a concept that’s never really been explored by anyone. But in case you were thinking this is a magic trick, it isn’t.”