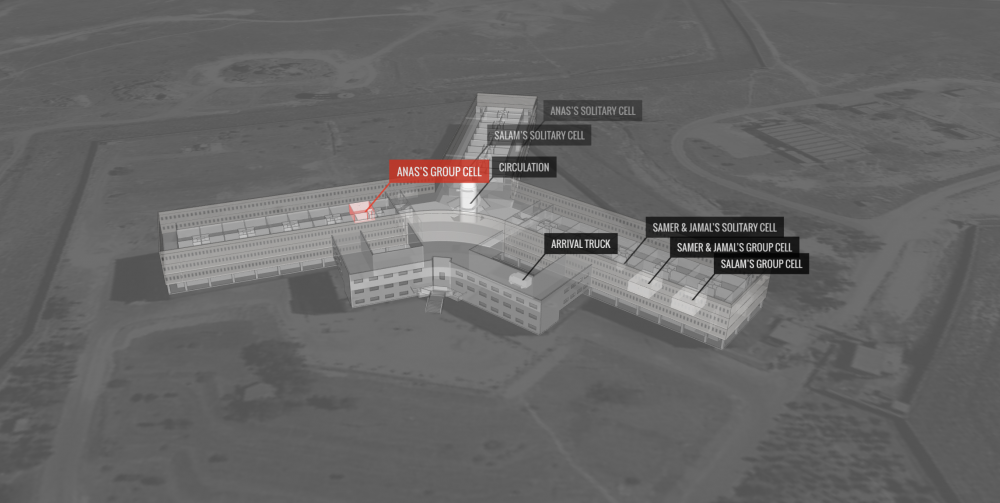 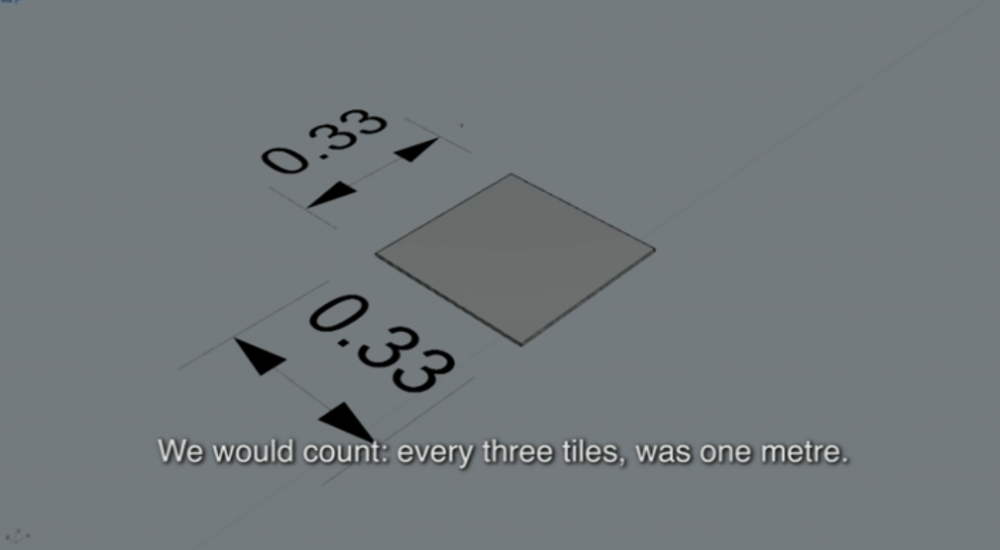 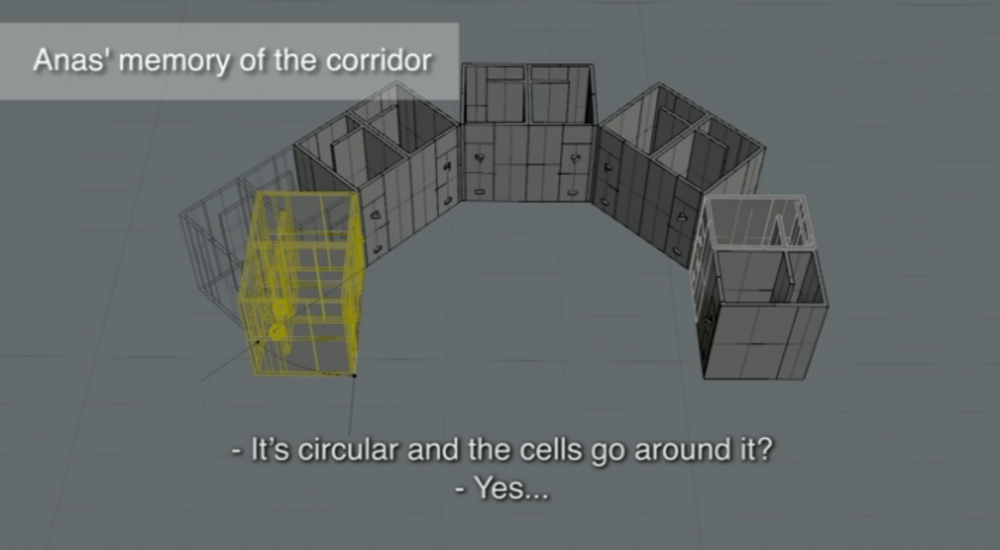 Professor of Visual Cultures at Goldsmiths, University of London, Eyal Weizman is best known as the director of the research agency Forensic Architecture, which he founded in 2011. Comprising a team of architects, scholars, filmmakers, designers, lawyers, and scientists, Forensic Architecture gathers and presents spatial analysis in legal and political forums, as well as undertaking “historical and theoretical examinations of the history and present status of forensic practices in articulating notions of public truth.” On the eve of a large Forensic Architecture exhibition at the ICA in London, PIN–UP spoke to Weizman about the agency’s philosophy and methods, which the team is currently employing in cases ranging from detailed analyses of shooting incidents in the West Bank, to building-collapse surveys in the context of workers’ rights, to territorial surveys in Guatemala on the destructions carried out by Ríos Montt’s genocidal government in the 1980s.

How did you get involved in forensic architecture?
It started when I wrote a report for B’Tselem (the Israeli Information Center for Human Rights in the Occupied Territories) that showed the occupation of Palestine as an architectural crime. So this was a first connection for me between architecture and forensics. Ever since I remember, I wanted to be an architect, and I’ve always been interested in theory and politics. Somehow my work ended up bringing those two dimensions together.

How would you describe your approach?
For me, it’s kind of a paraphrase of a quote by the great historian Carlo Ginzburg: “Architecture is not a prison or a fort, architecture is a port, a place from which you go in different directions.” And this is the mode of engagement with architecture I’ve been trying to promote. We need to look at architecture as an assembly of materials that continuously register the environment, the building as a sensor that records events in the world around it. We must also understand that, as a material thing, architecture is an actor too, and participates in producing history. Forensic architecture is a system of knowledge, a way of interrogating the world through spatial materialization that can bring a unique perspective to bear upon our reading of politics and history.

How do you go about reading architecture forensically?
A forensic reading of space starts from a detail. Take the project we just completed on the Saydnaya military prison in Syria (Bashar al-Assad’s notorious torture and execution center 15 miles north of Damascus). Detainees had hardly seen anything of the building: they were led through it blindfolded, and when guards entered the room they had to cover their eyes. So they developed a very acute sense of hearing. Other than survivors’ witness statements, there’s no evidence about Saydnaya — there are no photographs, no monitoring groups, journalists aren’t allowed in. You have to develop various techniques to reconstruct the architecture from survivors’ memories, because memory is never a straightforward thing, especially of traumatic events. Architecture can be a kind of conduit, a mnemonic device, into memory. Because if you just ask somebody, “What happened to you in Saydnaya?”, the chances are they won’t recollect everything, because your psyche protects you from the most difficult memories. But when you reconstruct the architecture, sometimes repressed memories come back. Very mundane things can trigger them: you ask a detainee about the size of the floor tiles, and all of a sudden he remembers being pushed towards the back wall, and having to stand no more than two floor tiles from it while being hosed down with freezing-cold water in the middle of winter.

What other details helped you model the prison?
With a PhD student of mine, Lawrence Abu Hamdan, we used techniques of “echo profiling,” where you play different sound reverberations and get witnesses to match them with their memories. We tried to figure out how thick the walls are, what material they’re built from, what kind of resonance exists in the space. The architecture emerged as an auditory map, which we translated into pictorial form.

What use is this reconstruction?
First of all, we need to know the truth about the world we live in. The secrecy surrounding Saydnaya is part of Assad’s mechanism of subjugation and control. You terrorize your population by creating those black sites. Now we can say, “Okay, we know what’s going on there.” And anyone dealing with the Syrian government can no longer claim they didn’t know. Moreover, forensic architecture usually produces evidence-grade material that could be used in court. If the Syrian people were to put Assad on trial, the evidence we’ve gathered would be very useful. We can use architecture to add a very unique perspective and generate a lot of knowledge that isn’t otherwise obtainable.

What implications does this have for the profession?
Forensics makes architects understand that they need to operate as public figures and make their claims publicly and politically in the most antagonistic of forums. Being an architect isn’t only about whether you take this or that commission, the morality of this or that project, but a way of acting politically as a citizen in the world. And of understanding the world through architecture in a way that other frameworks don’t allow.

How new is forensic architecture?
It goes back to the beginning of law. The minute you have a house that collapses, for example. In the Renaissance Leonardo da Vinci was famous for looking at cracks in buildings. For him the crack was a sensor, an index of forces outside itself, of things larger than the building. There was the Dhaka factory collapse in 2013, where management ignored the cracks that appeared, and over 1,000 people died. So you have trials where building surveyors and architects are pitted against each other. But there have been other examples. In Britain, during David Irving’s Holocaust-denial libel case, Robert Jan van Pelt, an architectural historian, went through the architectural plans of the gas chambers in Auschwitz-Birkenau. Many architectural details were discussed and debated. And there are many historical cases where architecture and architectural models operated as evidence in court.

Presumably a lot of your techniques come from archaeology?
Yes. Forensic architecture is similar to archaeology in some aspects, and to media research in others. It draws from the social sciences, acoustic studies, memory studies, building surveying. It’s a huge multidisciplinary endeavor. A lot of our work now involves not only looking at buildings as material recording devices, but also at clips and images posted online. We’ve developed a technique that we call the “architectural-image complex,” where we combine a huge number of images with perspectives and movements in space. Usually legal cases require you to synthesize great quantities of evidence and cross-reference it in space-time. Architectural models are a natural way to do that.

The exhibition Counter Investigations: Forensic Architecture will be on view at the ICA in London from March 7 until May 6, 2018.