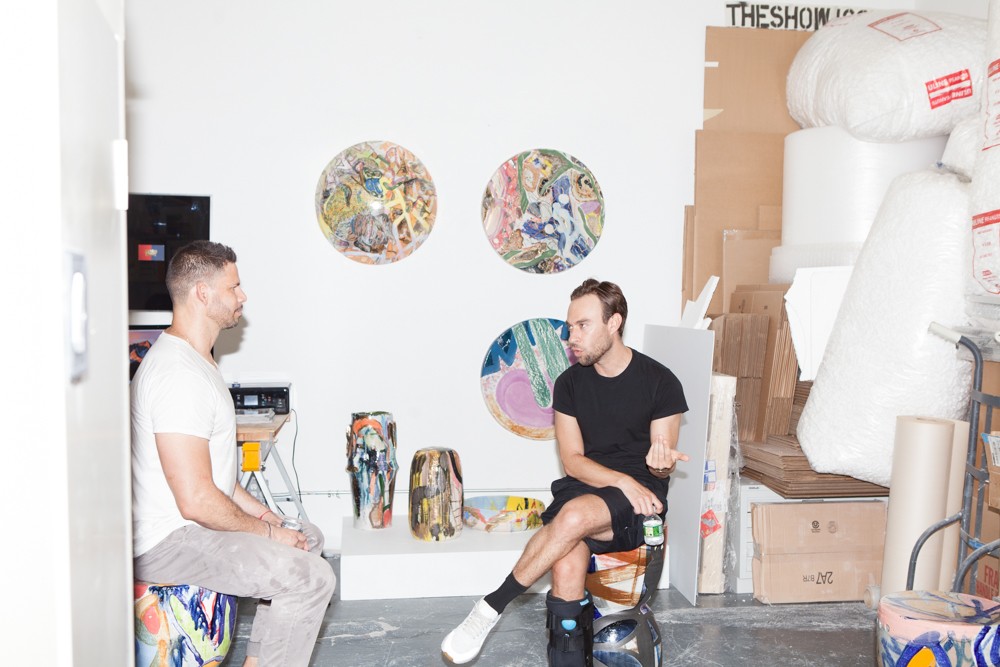 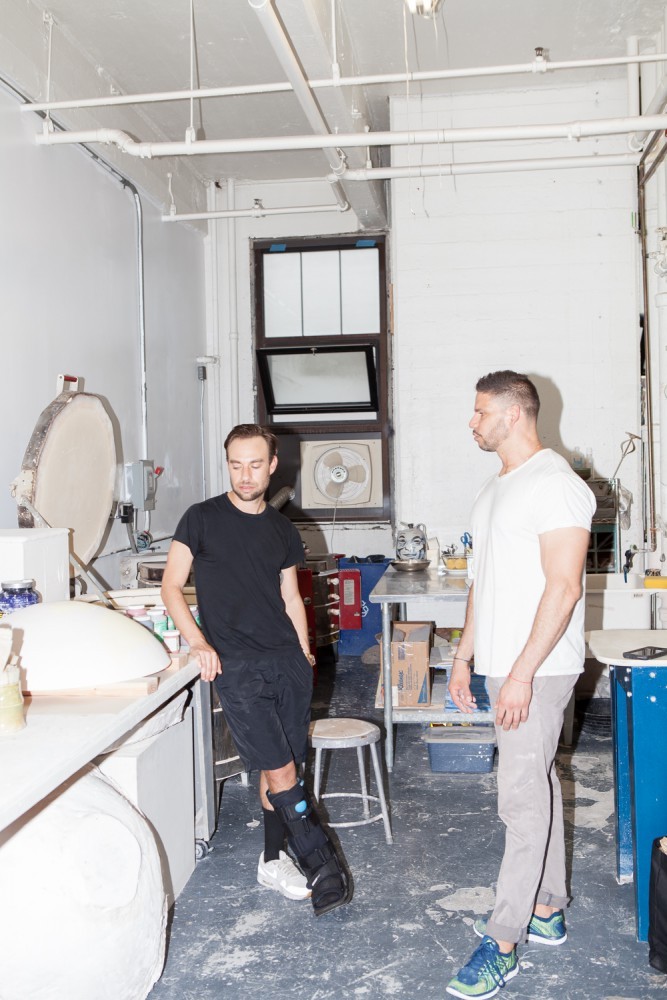 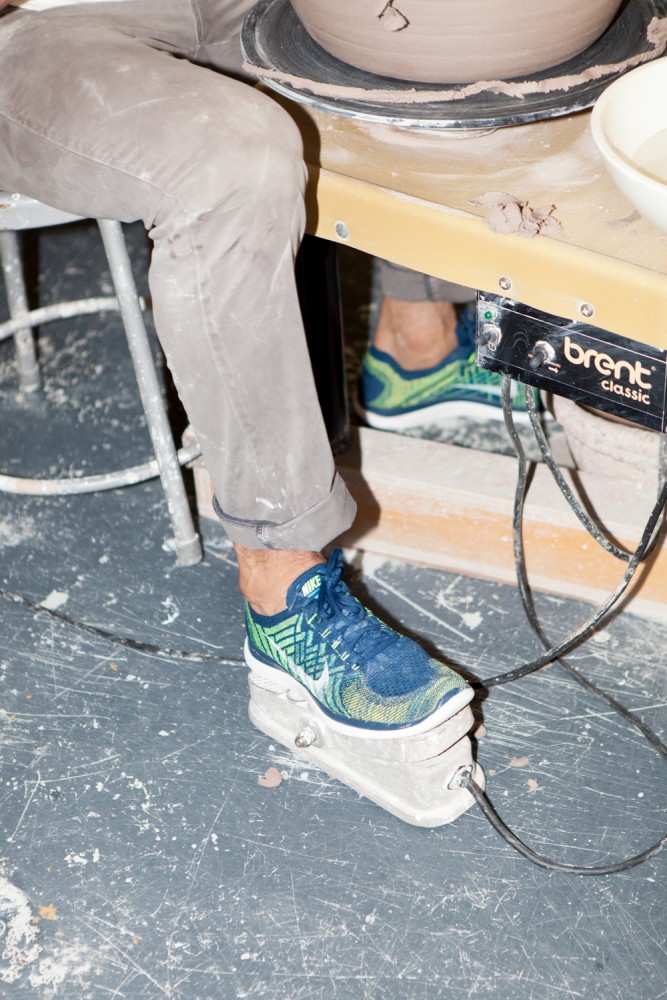 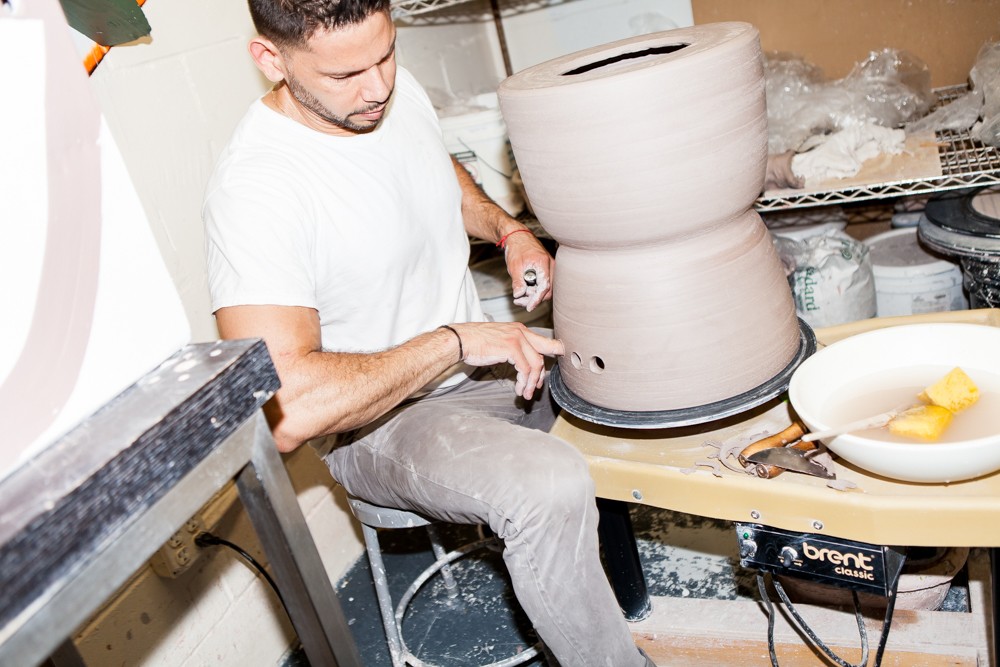 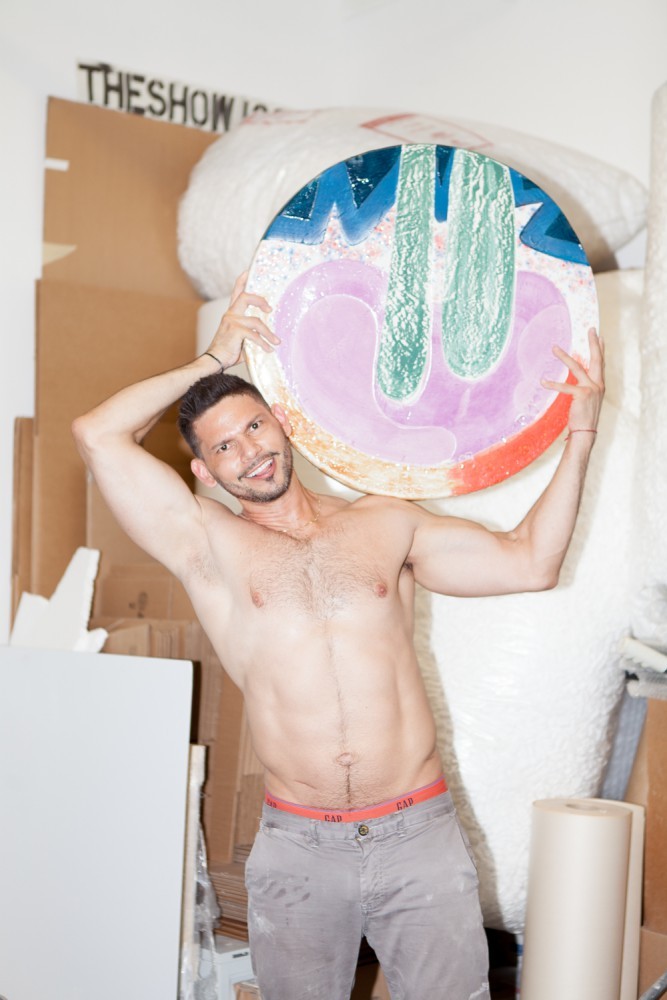 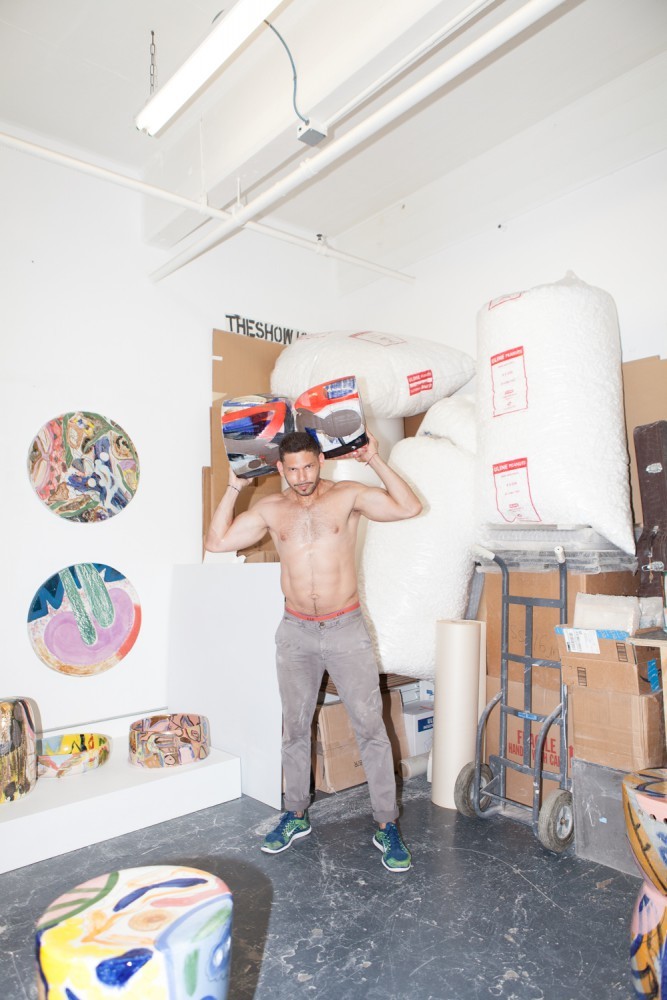 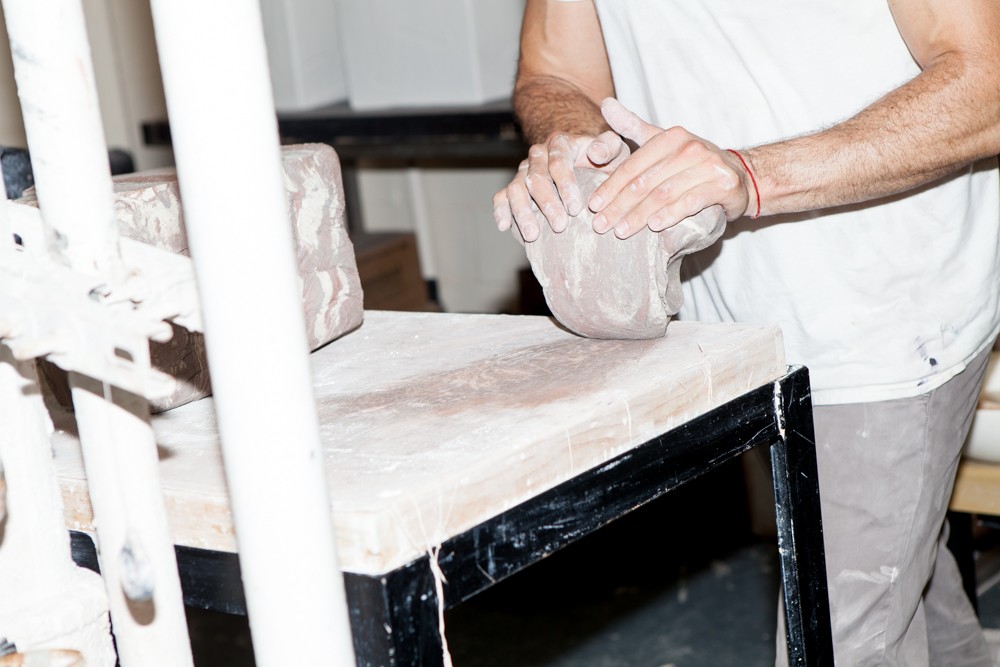 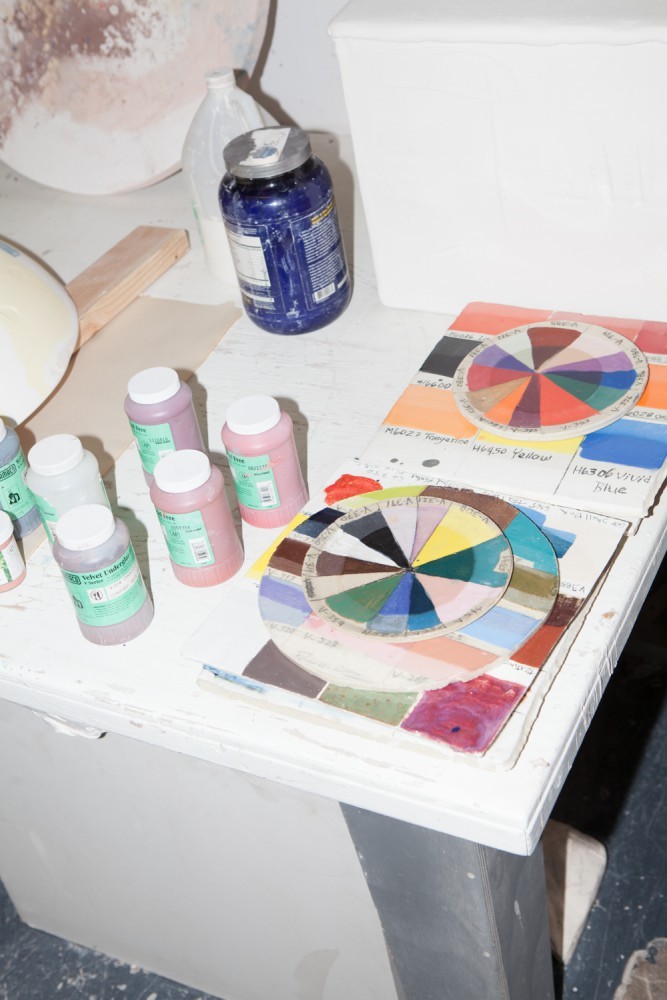 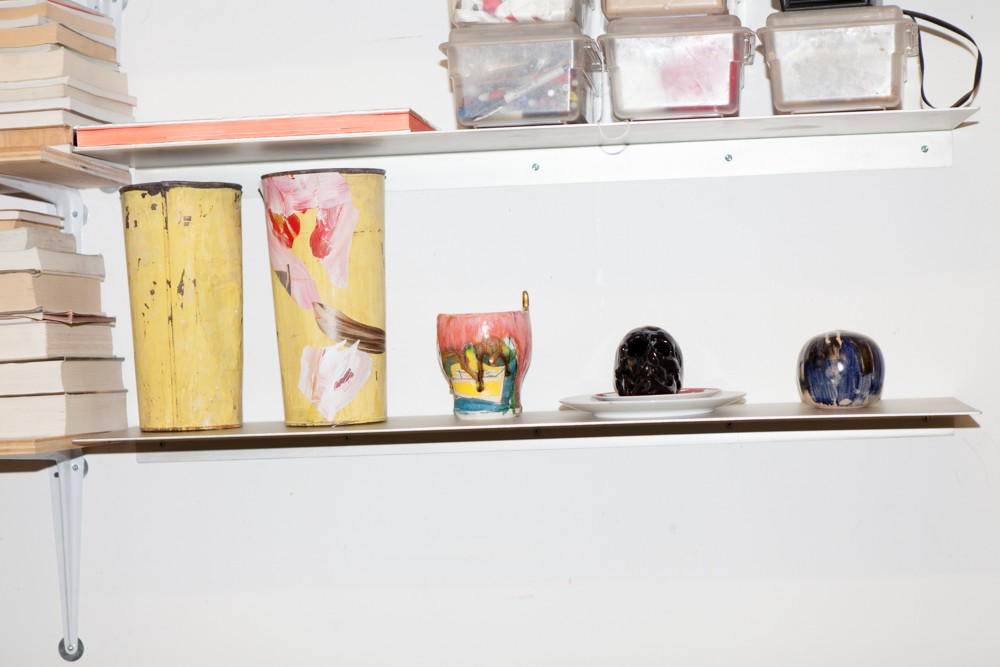 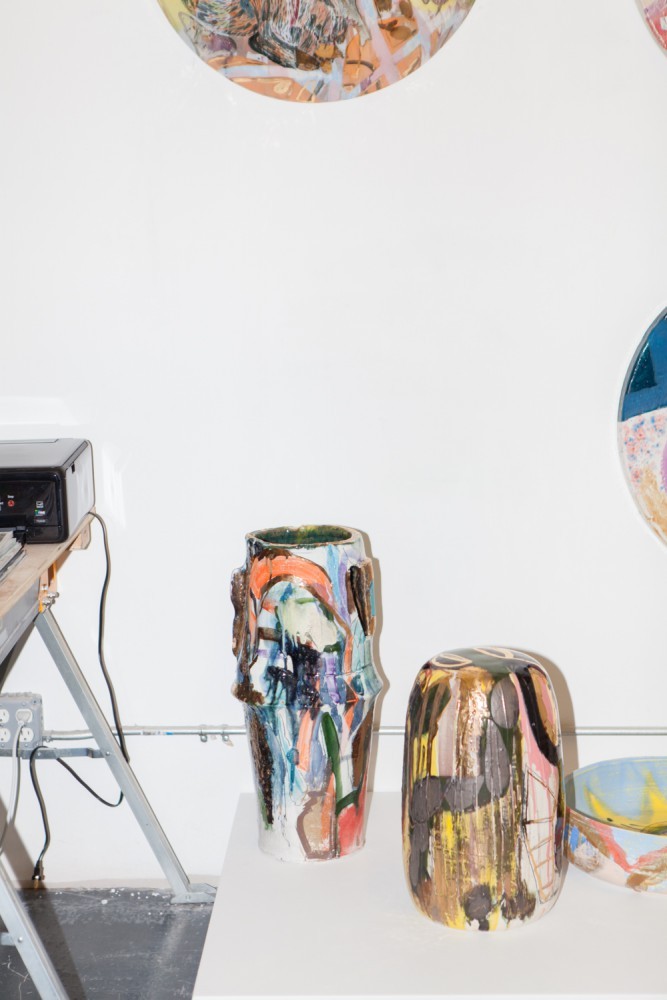 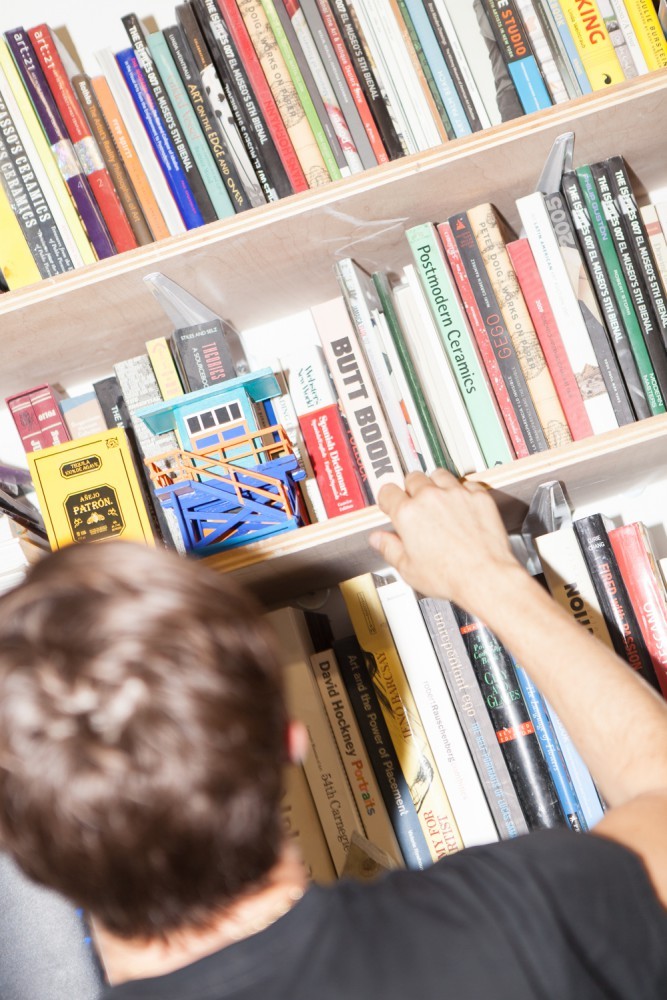 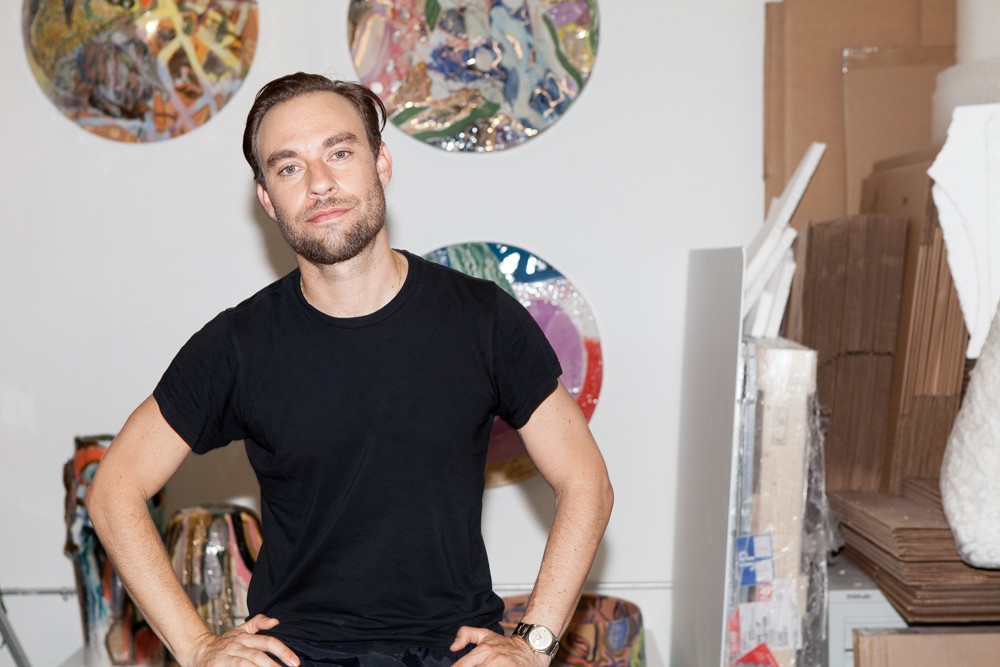 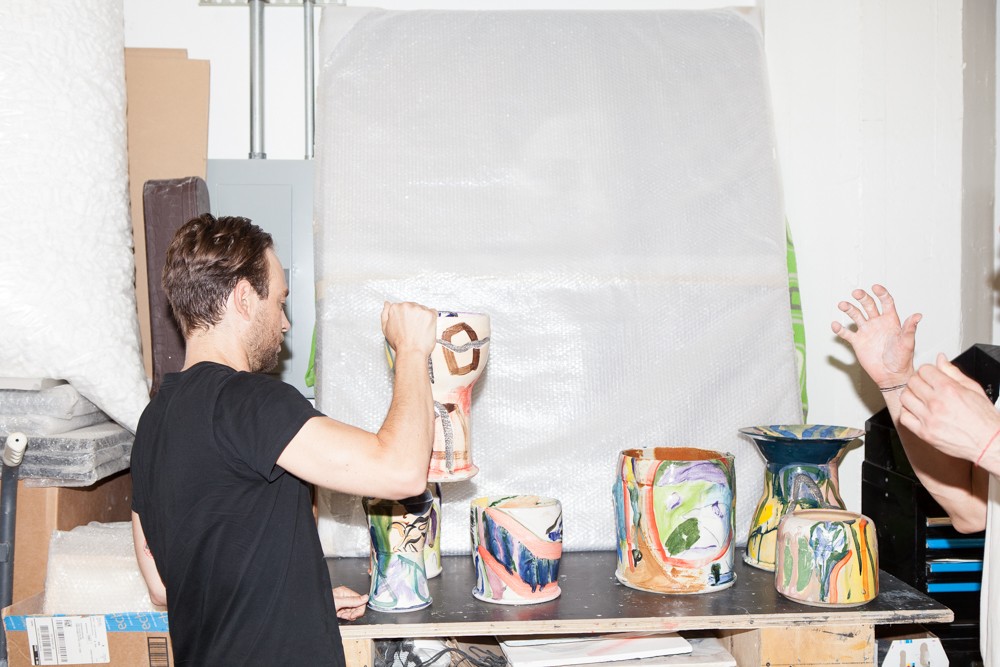 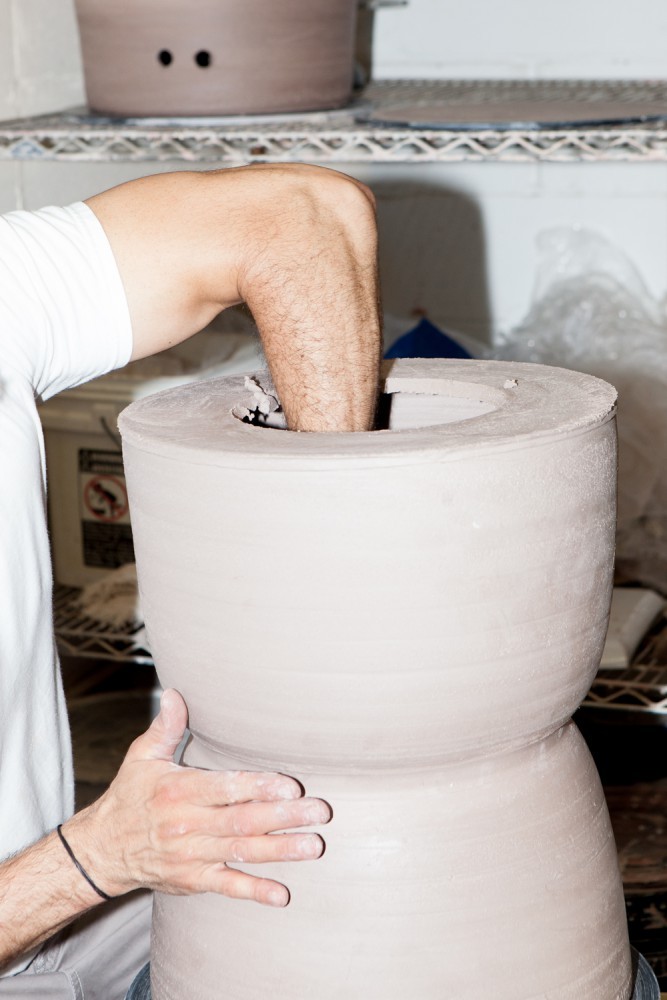 REI REI: A Meeting of the Minds (and Body)

Reinaldo Sanguino and Reinaldo Leandro, who met for the first time for this story, have at least two things in common: they’re both Reinaldos (the former named after his father, the latter after a telenovela villain) and they’re both Venezuelan. Sanguino, a ceramicist and self-described beach addict (body by CrossFit™), as well-known for his artful stools and he is for his shirtless selfies (thank you, Instagram); Leandro, an architect and half of the New York design firm ASHE + LEANDRO, smaller in scale but no less double-tap-worthy (“I think I’m athletic, but I’m not,” he admits, his leg in a cast following an on-site skateboarding incident). Both men are nurturing creative practices that have become increasingly instinctual as time wears on (Sanguino is 44, Leandro is 38).

Their work is informed by relationships and the aftermath of their collapse, latent desires, and itches that can’t be scratched. The two share an overtly religious past that they’ve eagerly left behind — Sanguino is a casual defector from the Mormon church, Leandro a reformed Catholic (“I was one of those kids who used to see porn and pray the rosary after. I was very tortured.”). Both consider deeply how a sense of place — or lack thereof — informs their practice, especially at a time when their home country is going through so much political unrest. An emotional “divorce” saw Sanguino trade Miami for New York City after 15 long years: “I remember myself being so outgoing and charismatic, and I lost that a lot,” he says of the move. He currently resides in Queens, not far from the Long Island City studio where we conduct this interview and where he works under the guise of RS Ceramics, the company he founded just five short years ago. Leandro’s practice is similarly determined to move beyond aesthetics, if through slightly less cathartic means. Launched in 2008 at the height of the global financial crisis, ASHE + LEANDRO weathered that storm and has grown in prominence among a certain set of New Yorkers, namely downtown, 30-something and casually cool, not to mention ready to part with a few million dollars on a starter home. “I’m really interested in how people live,” says Leandro. “Architects — especially residential designers — sometimes almost become your therapist or psychiatrist. They hear everything about how a patient works.” The firm has overseen dozens of interior renovations and recently completed its first ground-up residential project in New Jersey. Leandro is all for the democratization of design, though he bemoans Pinterest (“It gets outdated so quickly”) and the high cost of living in New York City. He is citing for emphasis a commission from his own parents for which he’d charged a (nominal) fee. “They called me, so insulted, and I’m like, ‘But this is a really good fucking deal!’” Both laugh, and Sanguino agrees. “People back home would freak if I told them how much I sold my work for. They’d be like, ‘Why, that’s crazy!’ But they don’t understand how expensive it is to live in New York.”