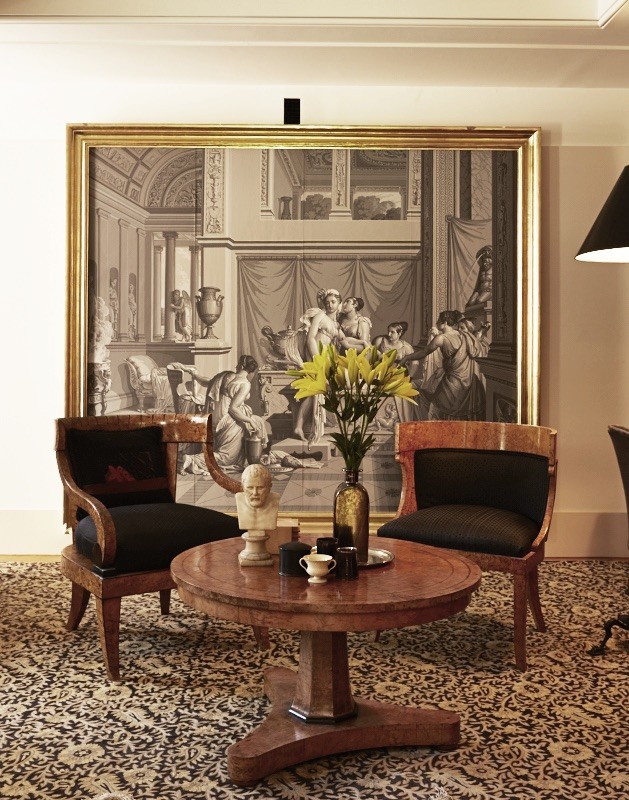 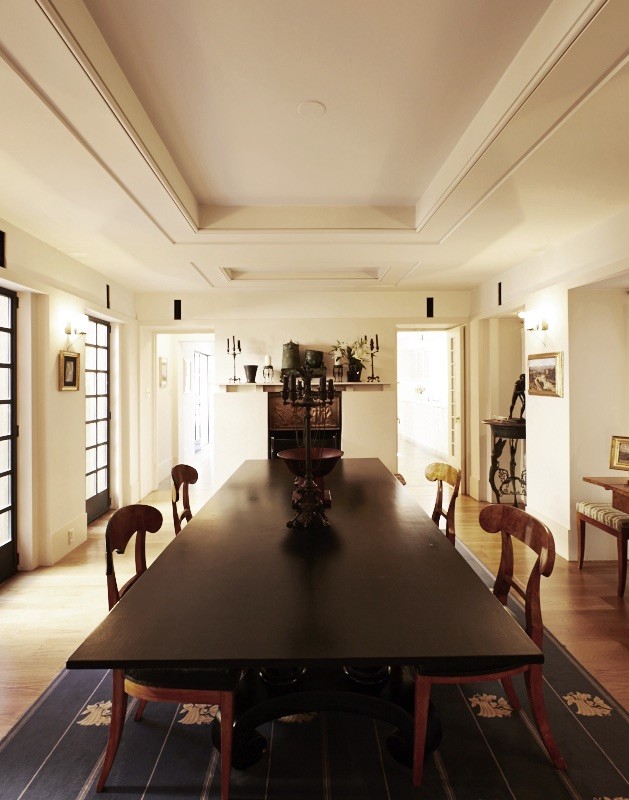 Graves’s home is a converted 1926 warehouse built by Italian stonemasons who were constructing various buildings at nearby Princeton University. 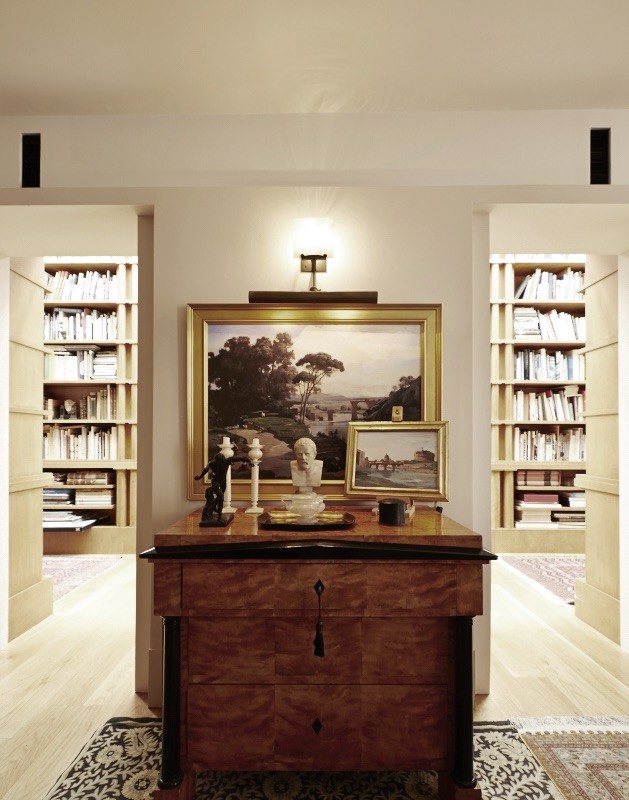 Graves painted Pont de Narni after an 1827 original by Jean-Baptiste Camille Corot. The chest is one of over 40 Biedermeier pieces that dot his well-appointed home. 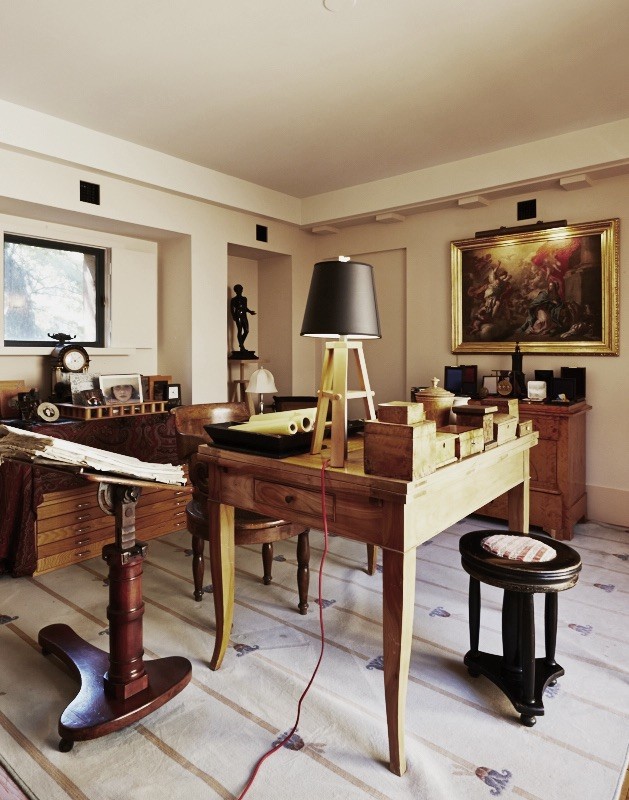 The Sculpture Stand Accent Table Lamp, seen here in the upstairs study, was designed by Graves for mass-market retailer JCPenney, and sells for 145 dollars. 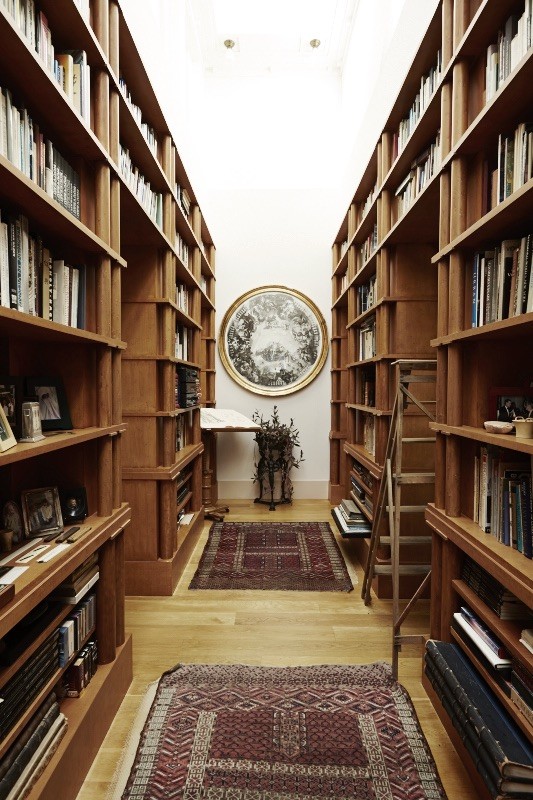 True to his Postmodern wit, Graves had the north wing’s library built out of PVC and MDF and spray-painted to resemble precious chestnut wood. 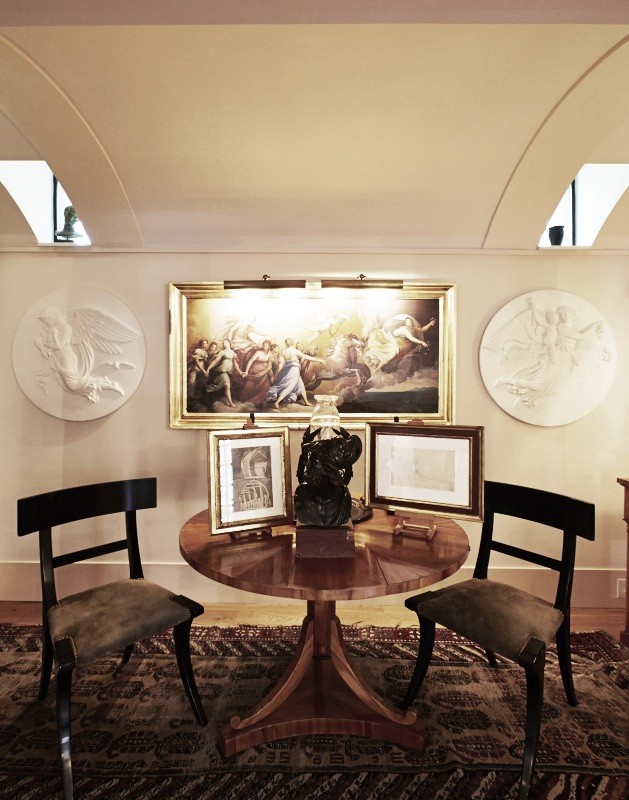 Reproductions of ancient-Greek chairs flank an original Biedermeier table. Hung on the wall is a 19th-century copy of Guido Reni’s Aurora fresco (1614). 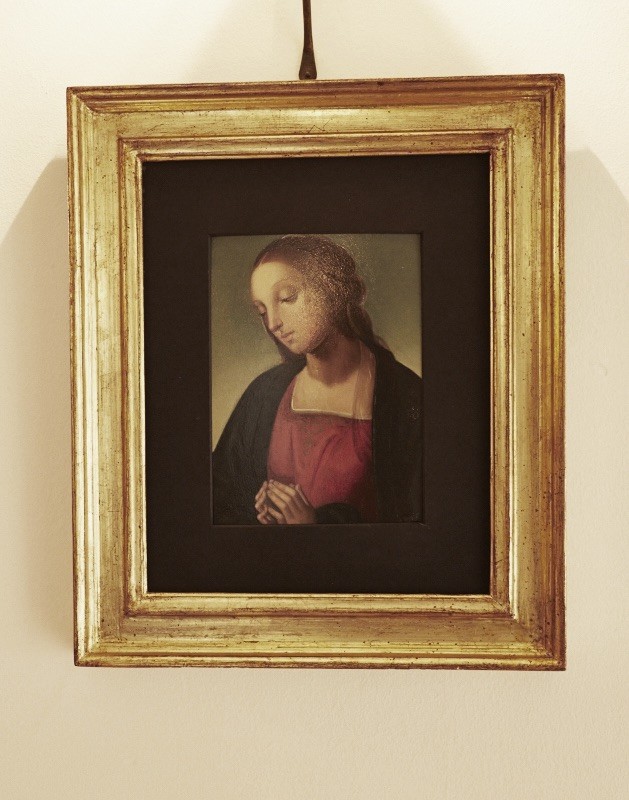 Graves finds beauty in the most unusual places, whether it’s a kitchen table resurrected from a junkyard or reproductions of famous paintings sold on eBay. 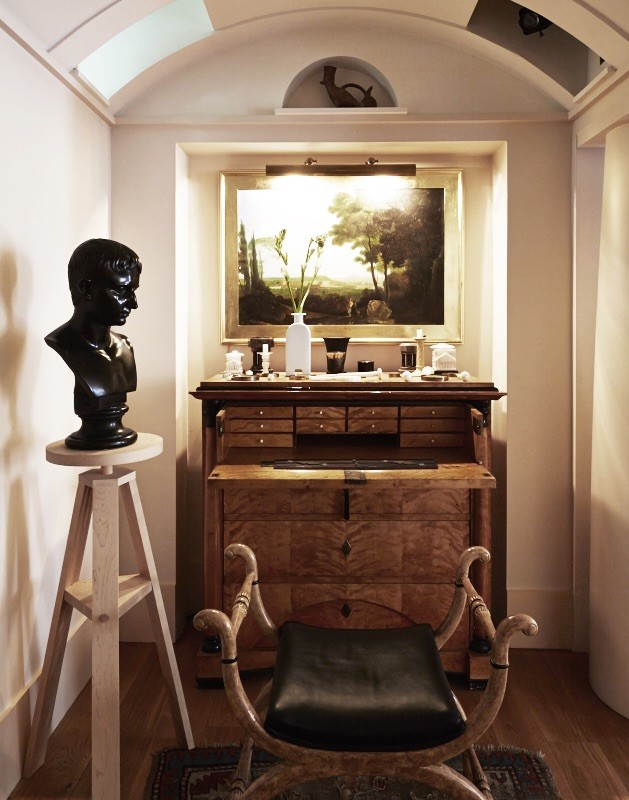 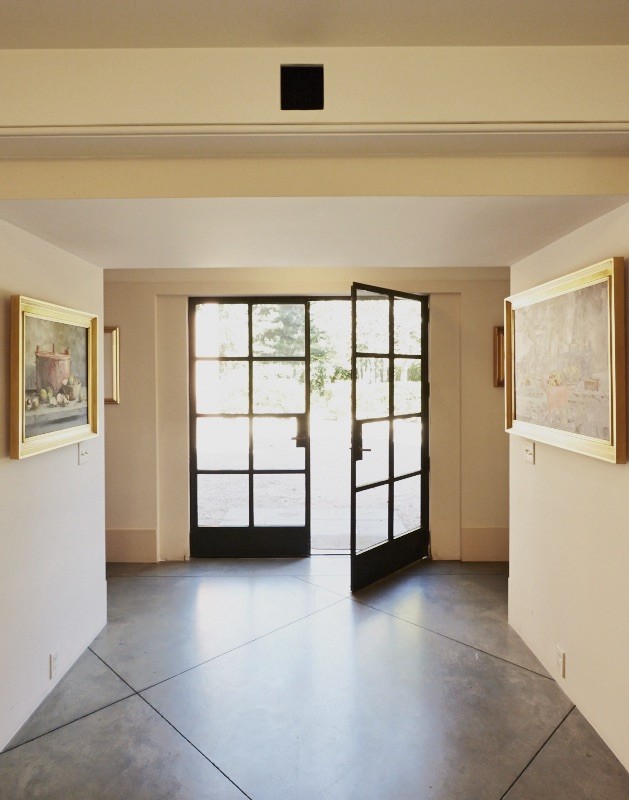 With his studio just steps across from his home’s gravel courtyard, the Princeton University emeritus kept his work commute to a minimum.

STORIED MOMENT: INSIDE THE HOME OF THE LATE MICHAEL GRAVES

Over the past five decades, few shaped the design consciousness of the average consumer more than the late architect Michael Graves (1934–2015). His wide-ranging product designs for the likes of Alessi and for mass retailers like Target and J.C. Penney elevated him to a household name in the U.S., and his architectural output — including hotels for the Walt Disney Company — was (and is) often deemed over-the-top PoMo perfection. So it may come as a surprise that the interiors of his former home in a pink-stuccoed former 1920s warehouse in Princeton, New Jersey, appear rather traditional.

In the generous rooms and long corridors the architect had assembled a lifetime’s worth of elegant objects that span the centuries, although the many Biedermeier pieces (over 40 in total) stand out in particular. “Biedermeier furniture, especially the chests, often appears like small buildings,” Graves explained. “It can make the volume of a room appear more expansive than it actually is.” But despite years of illness Graves hadn't lost his Postmodern wit. In fact, high and faux melded gleefully in this house of wares, where paintings by Jean Preudhomme hang in gilded frames next to Corot copies done Graves himself, 29-dollar J.C. Penney vases stand impertinently on lacquered early 19th-century consoles, and a splendid gallery of built-ins stretching from floor to ceiling turns out to be made of PVC and MDF sprayed to resemble chestnut.

Read more about the unfortunate posthumous drama surrounding Michael Graves's estate by clicking here and make sure to read the new Michael Graves – Design for Life, an important new biography by Ian Volner.