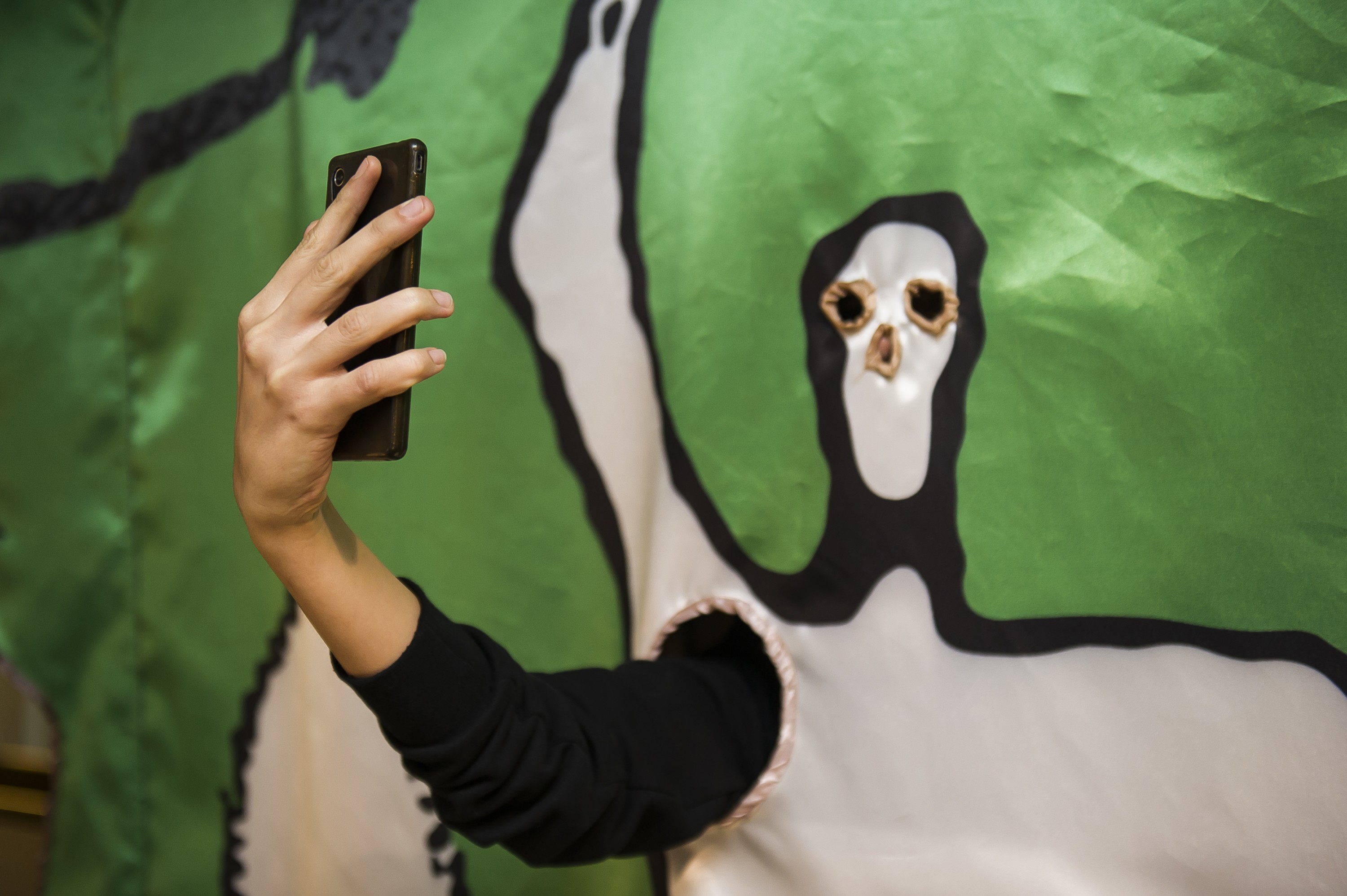 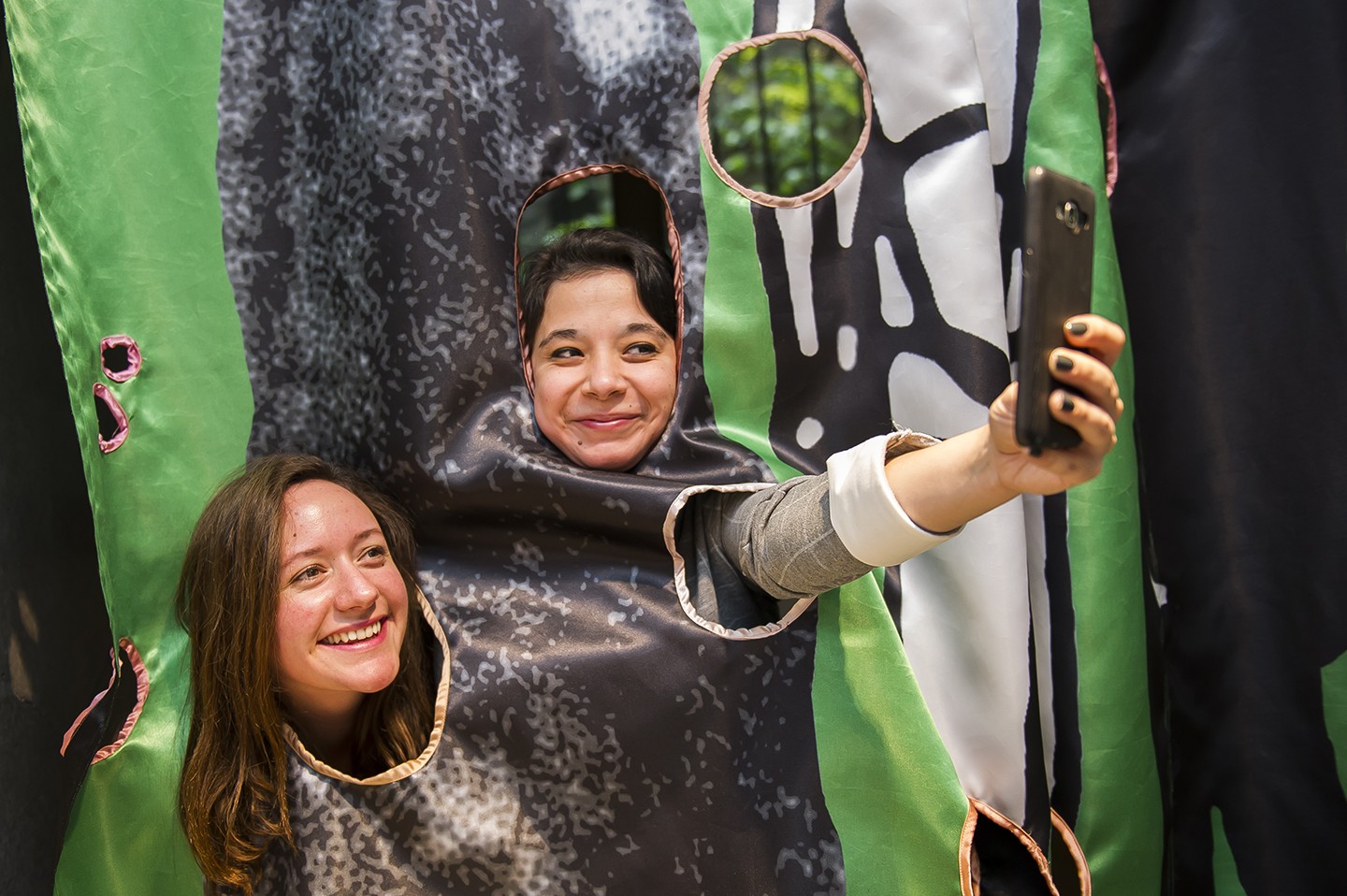 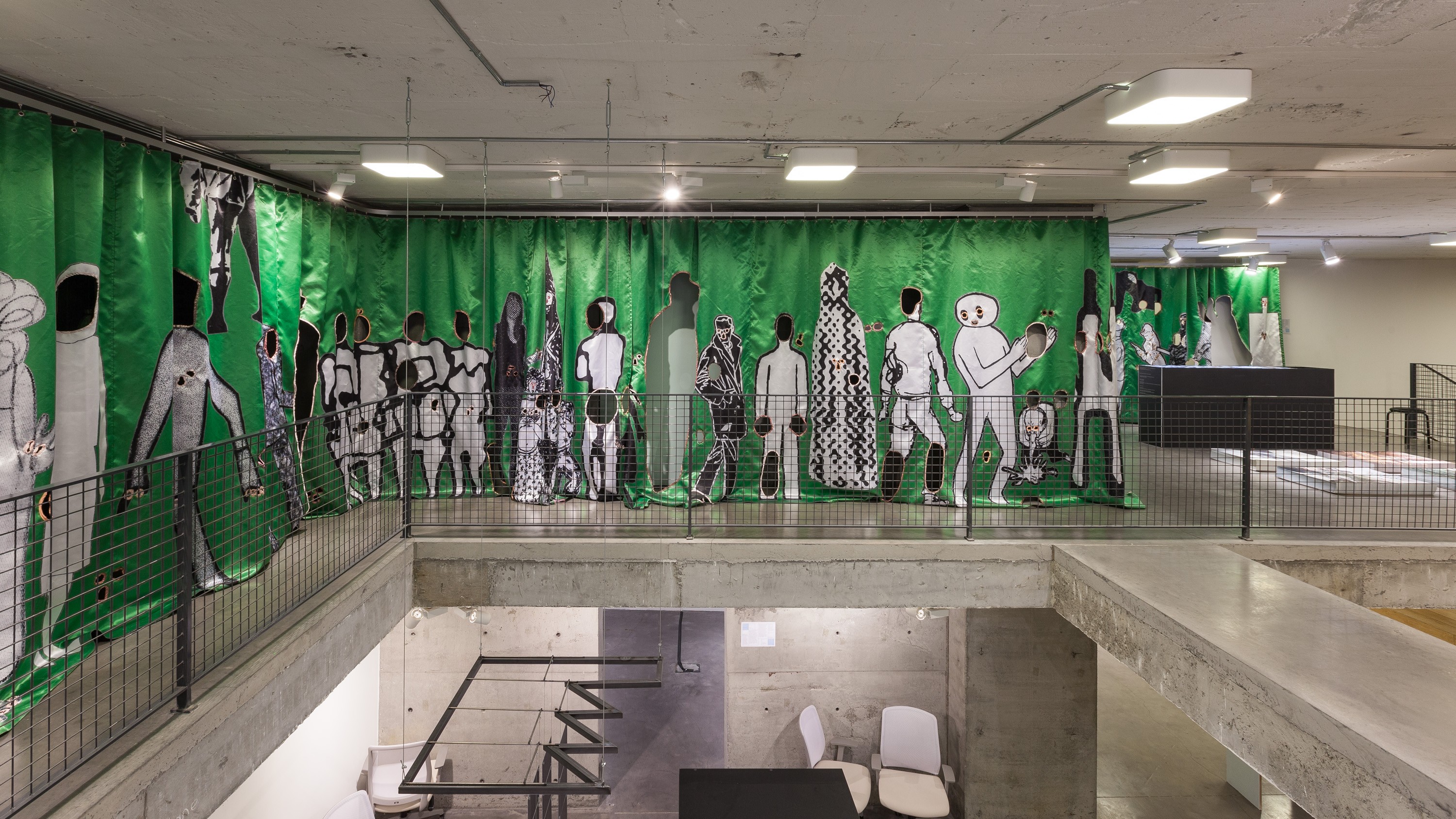 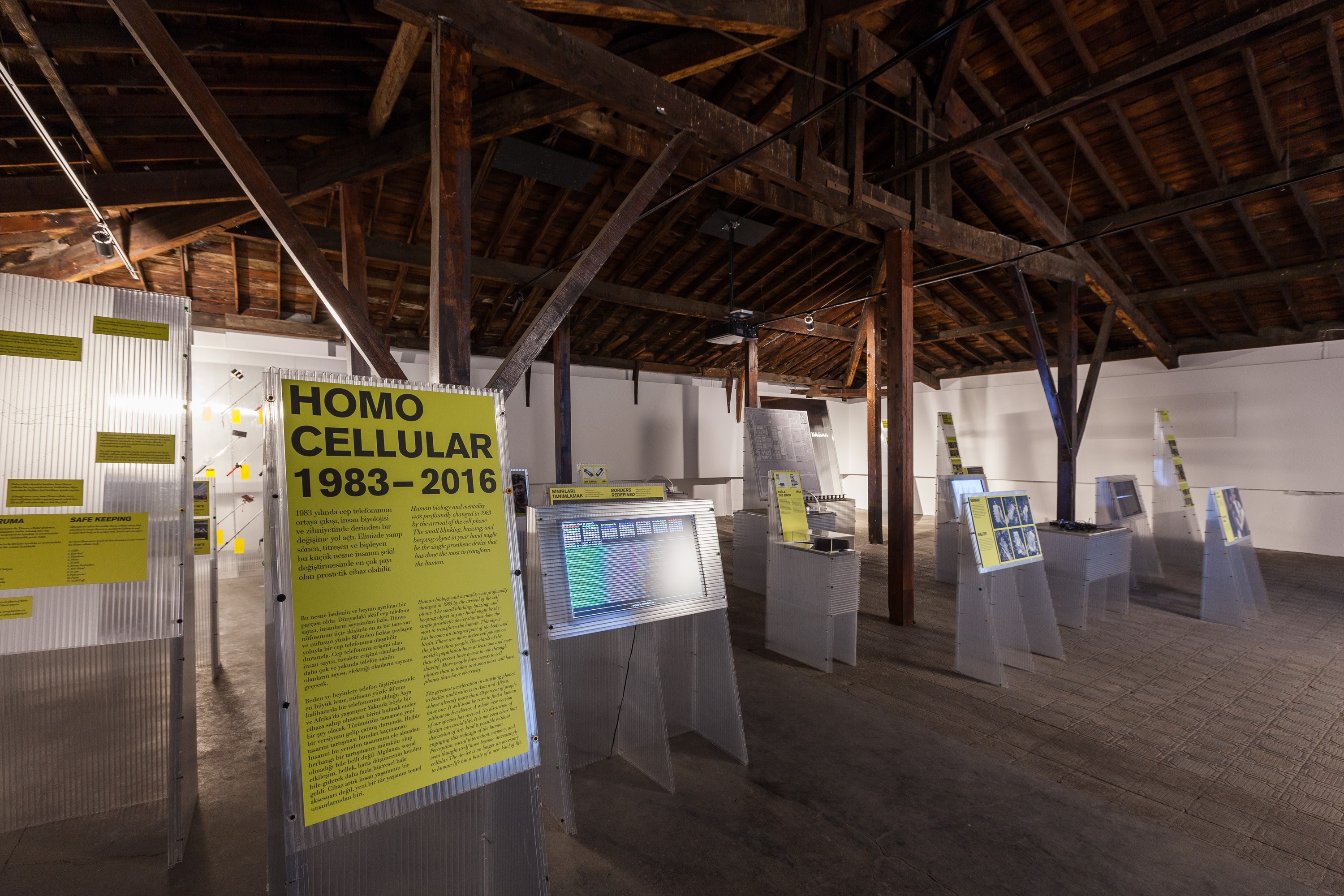 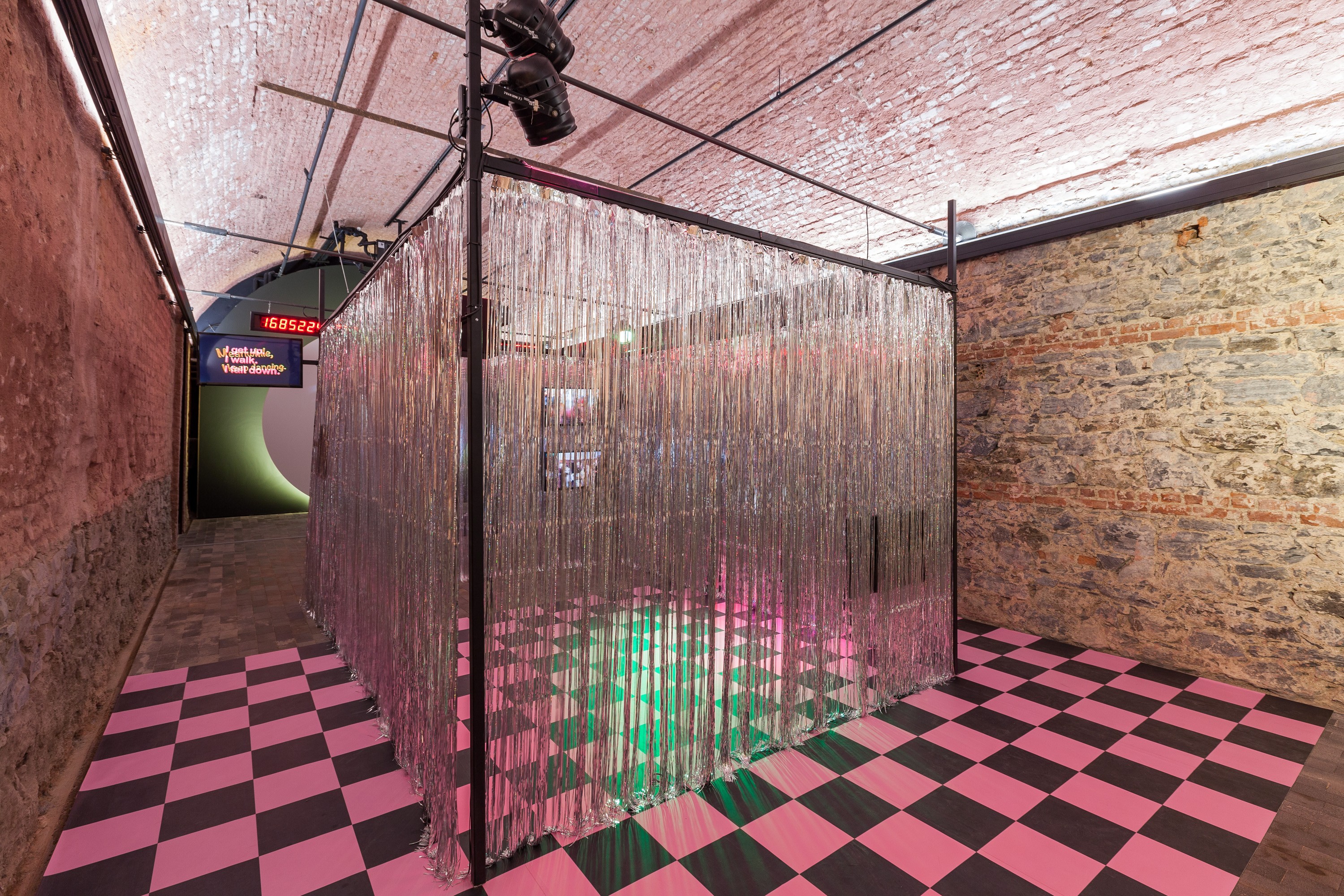 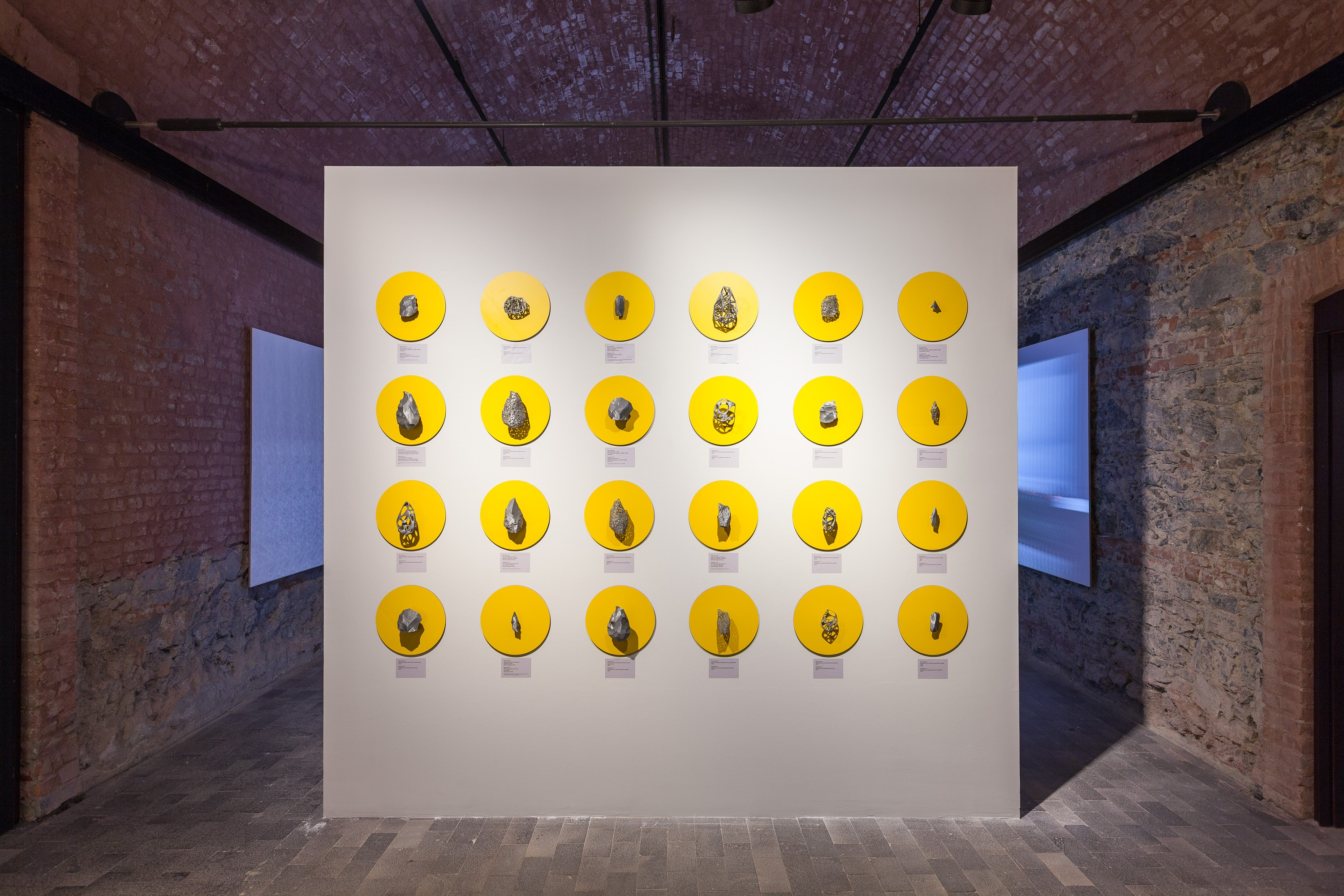 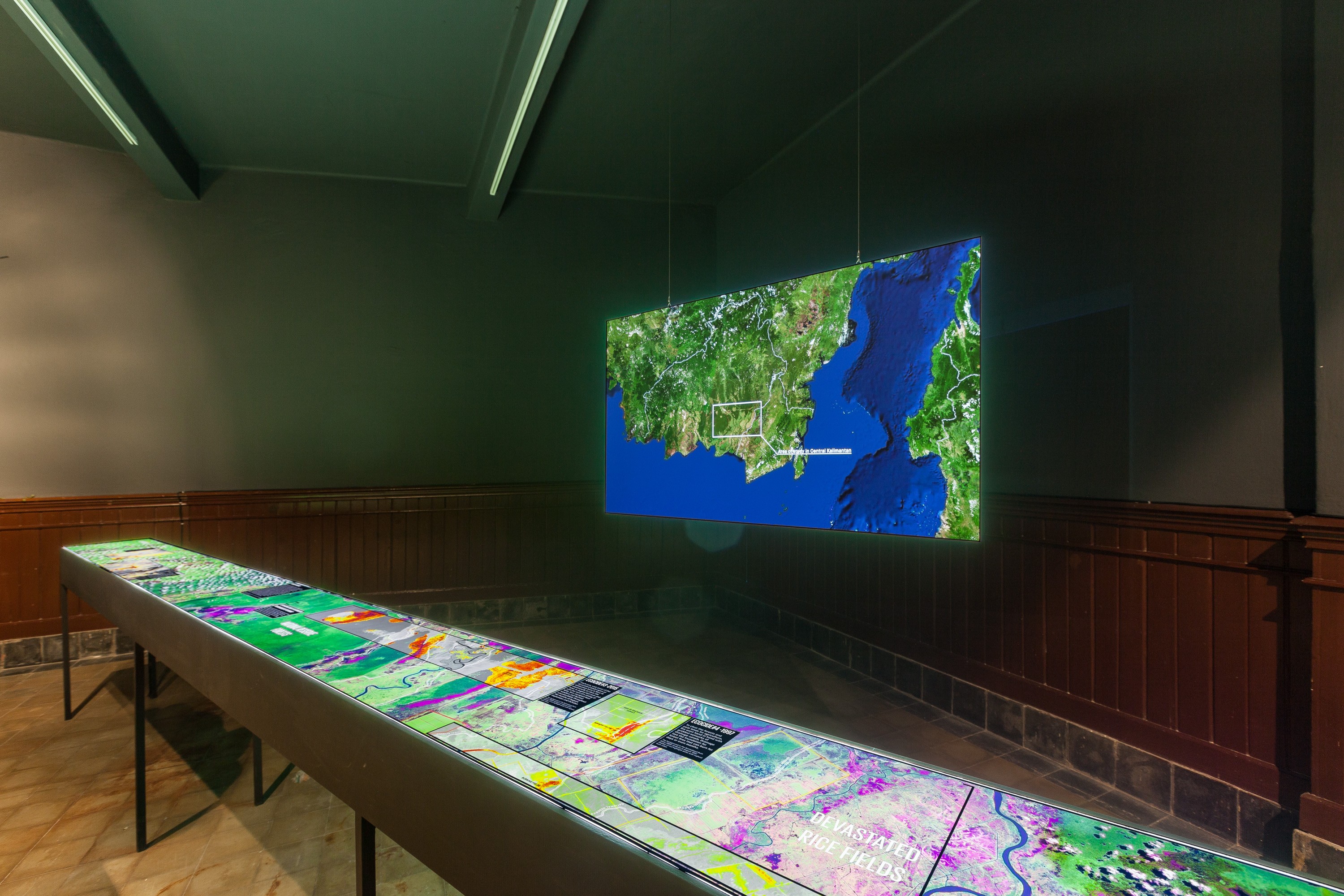 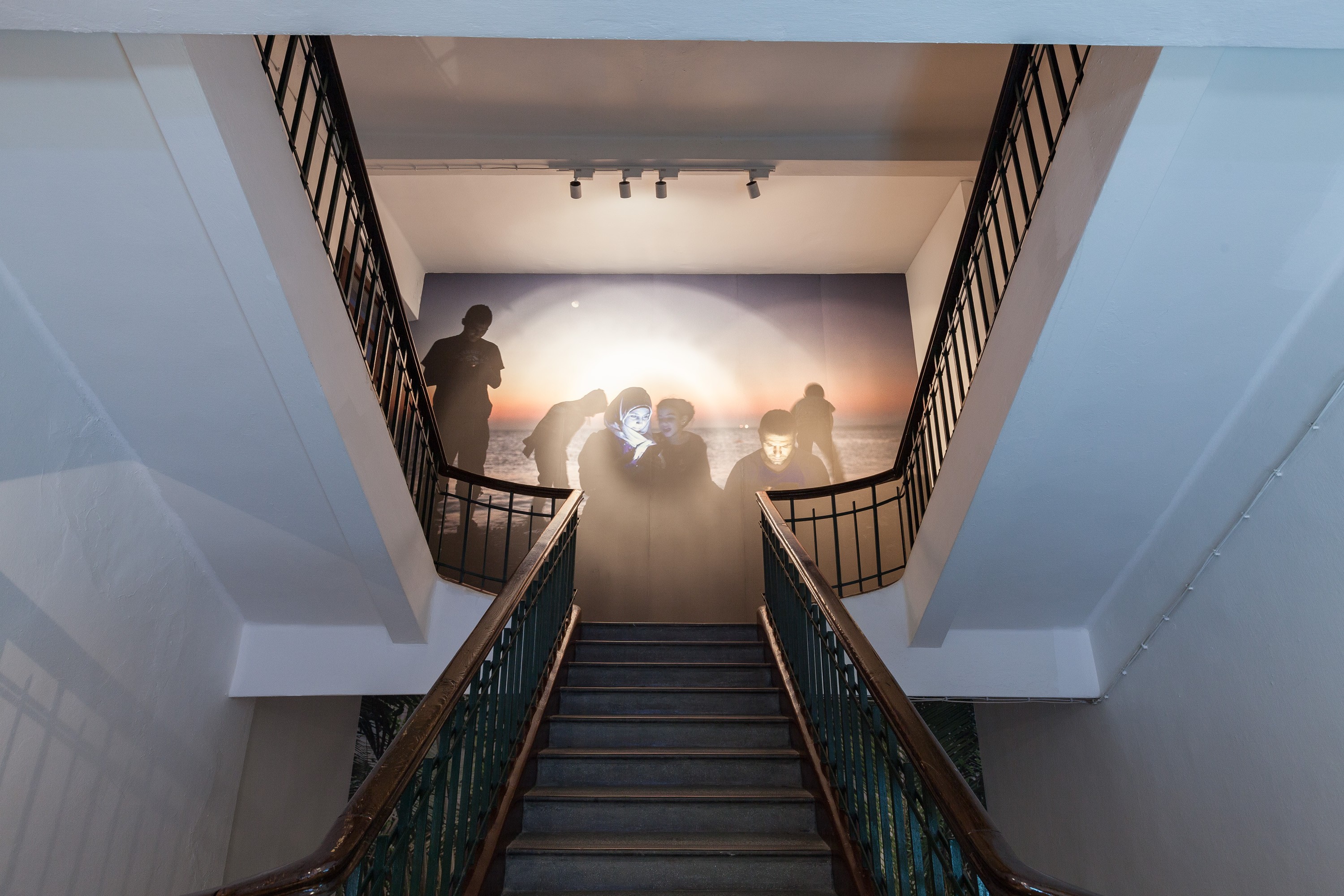 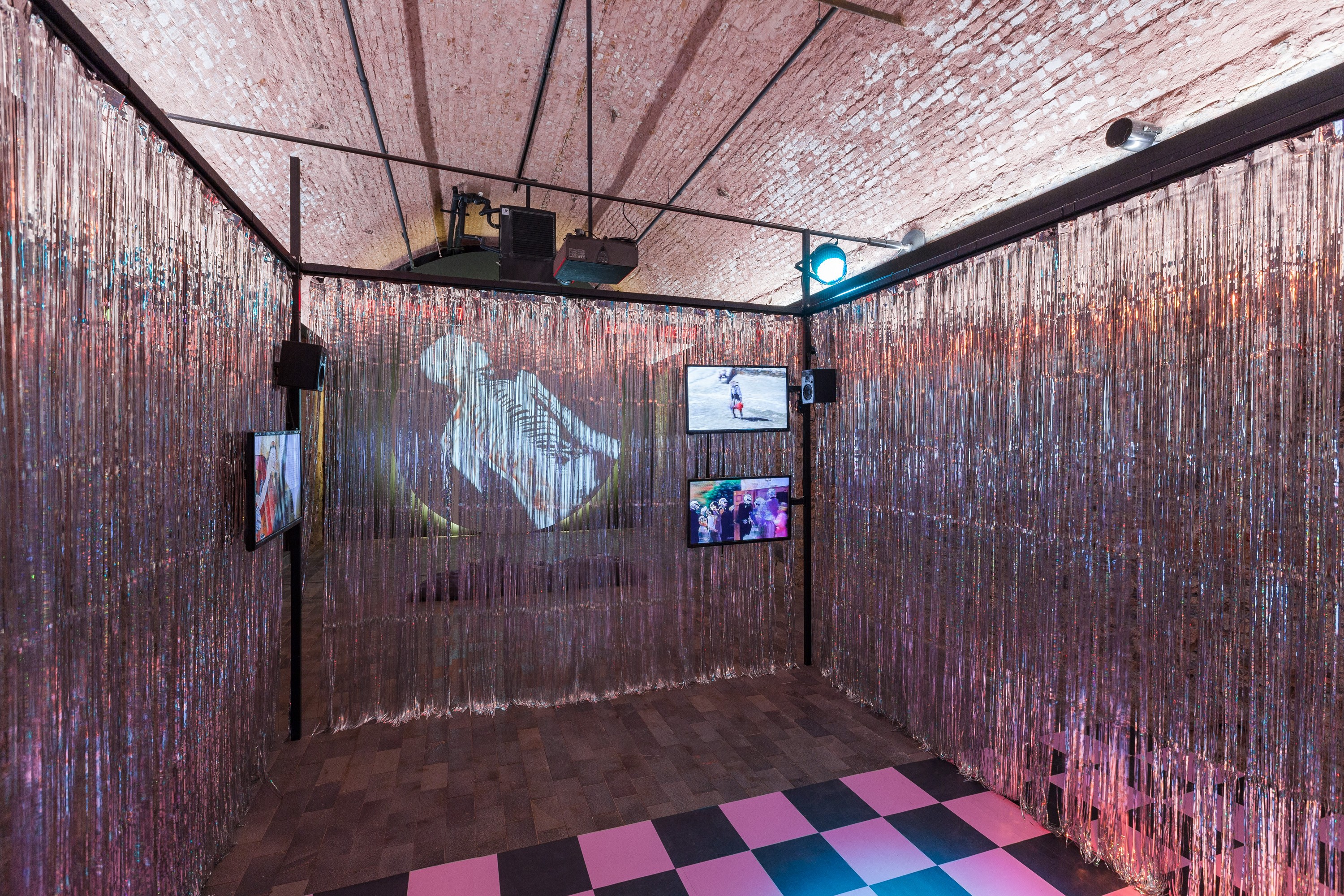 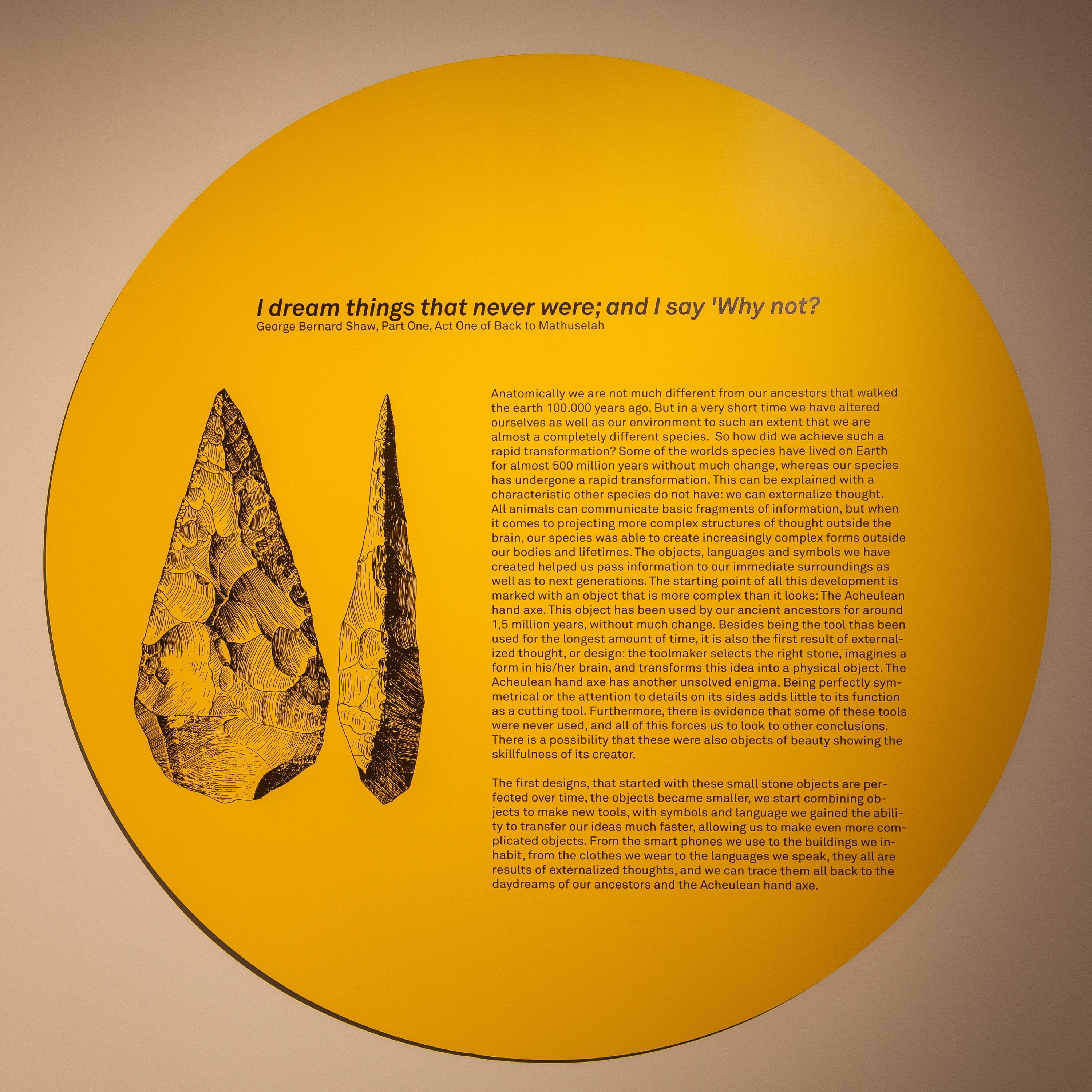 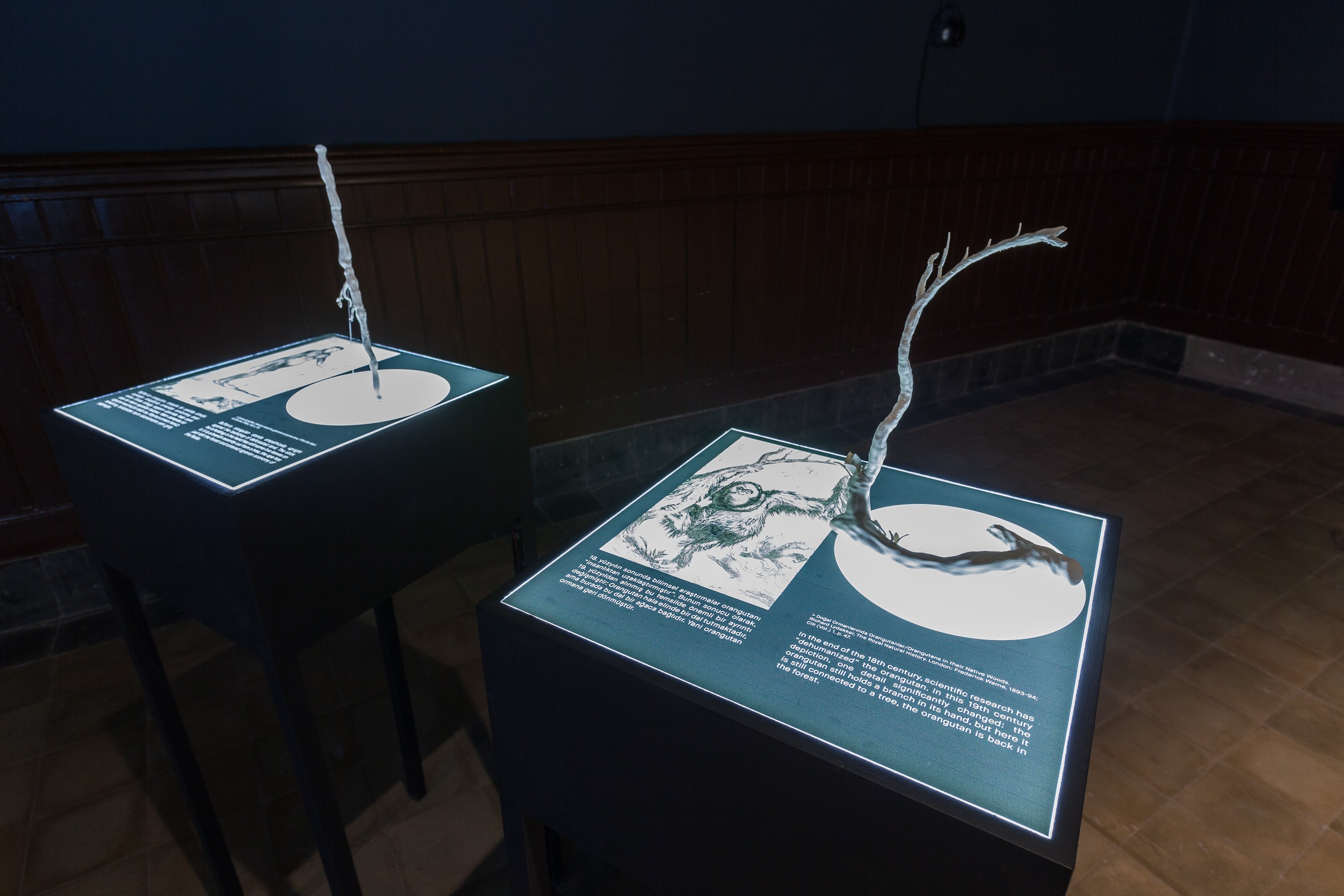 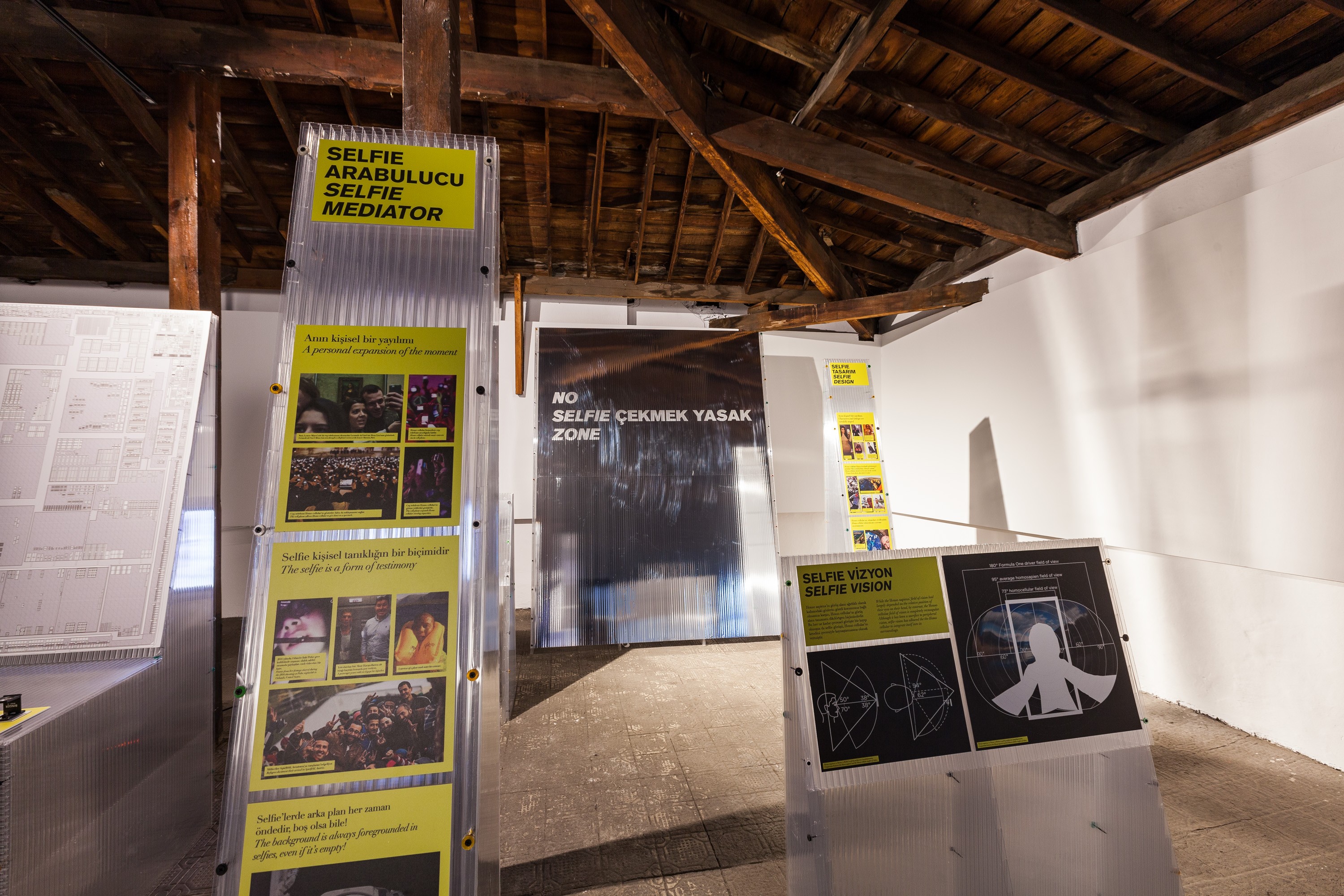 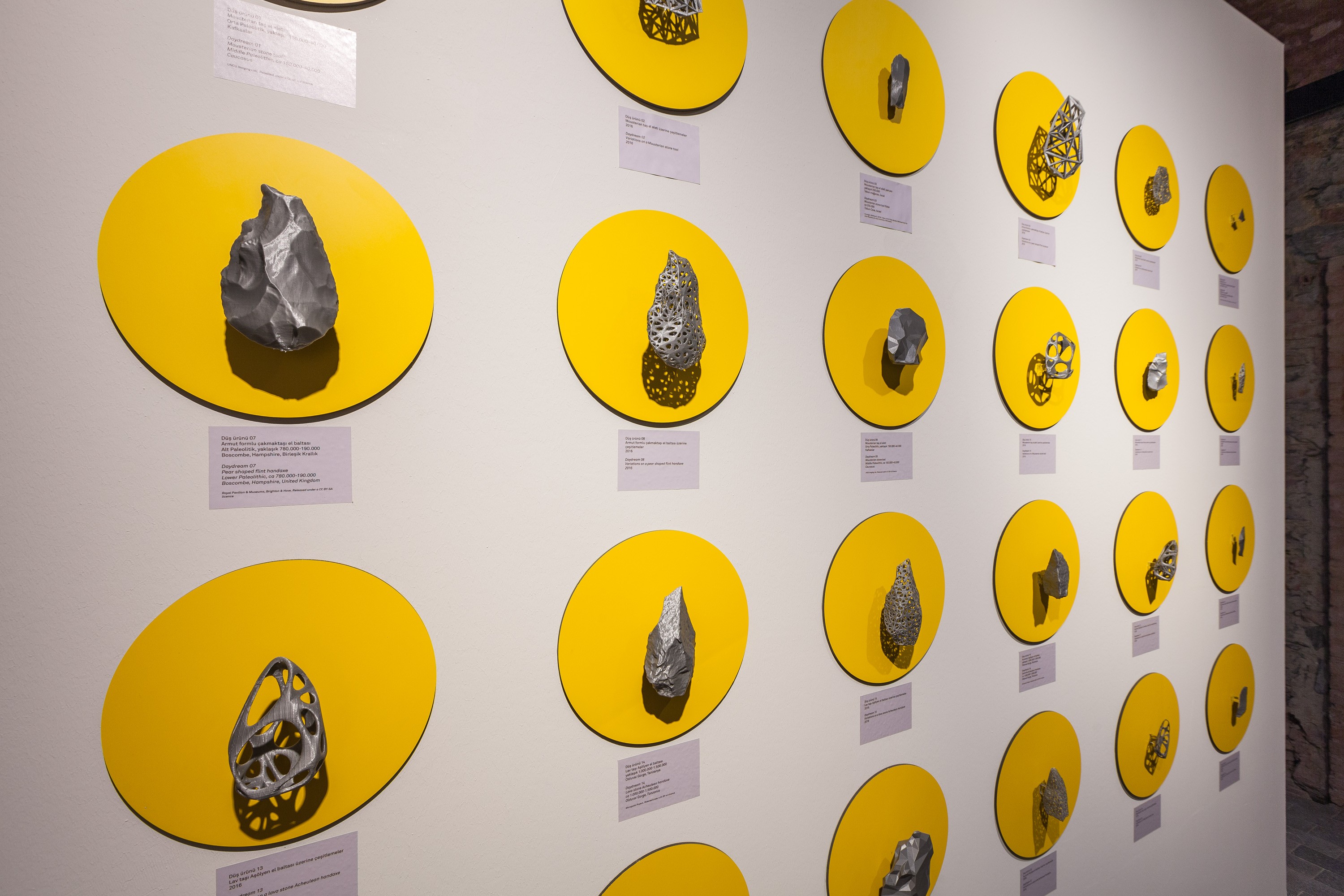 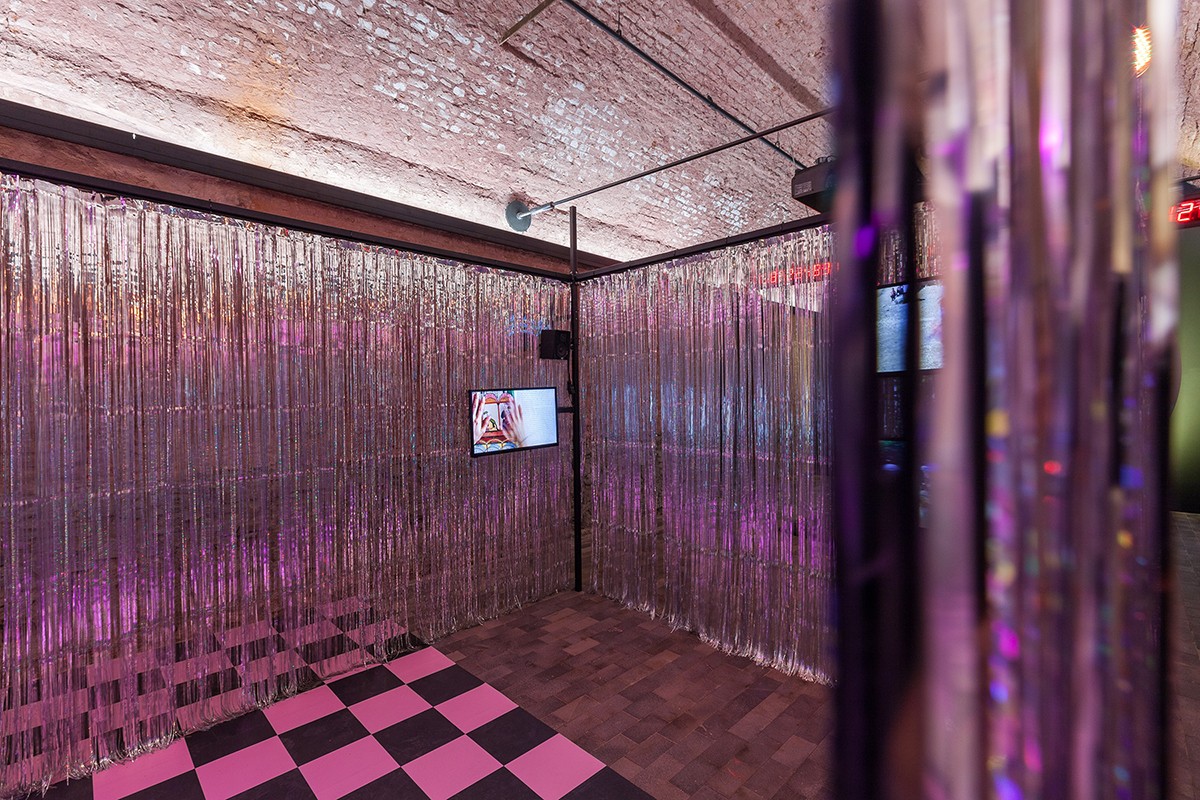 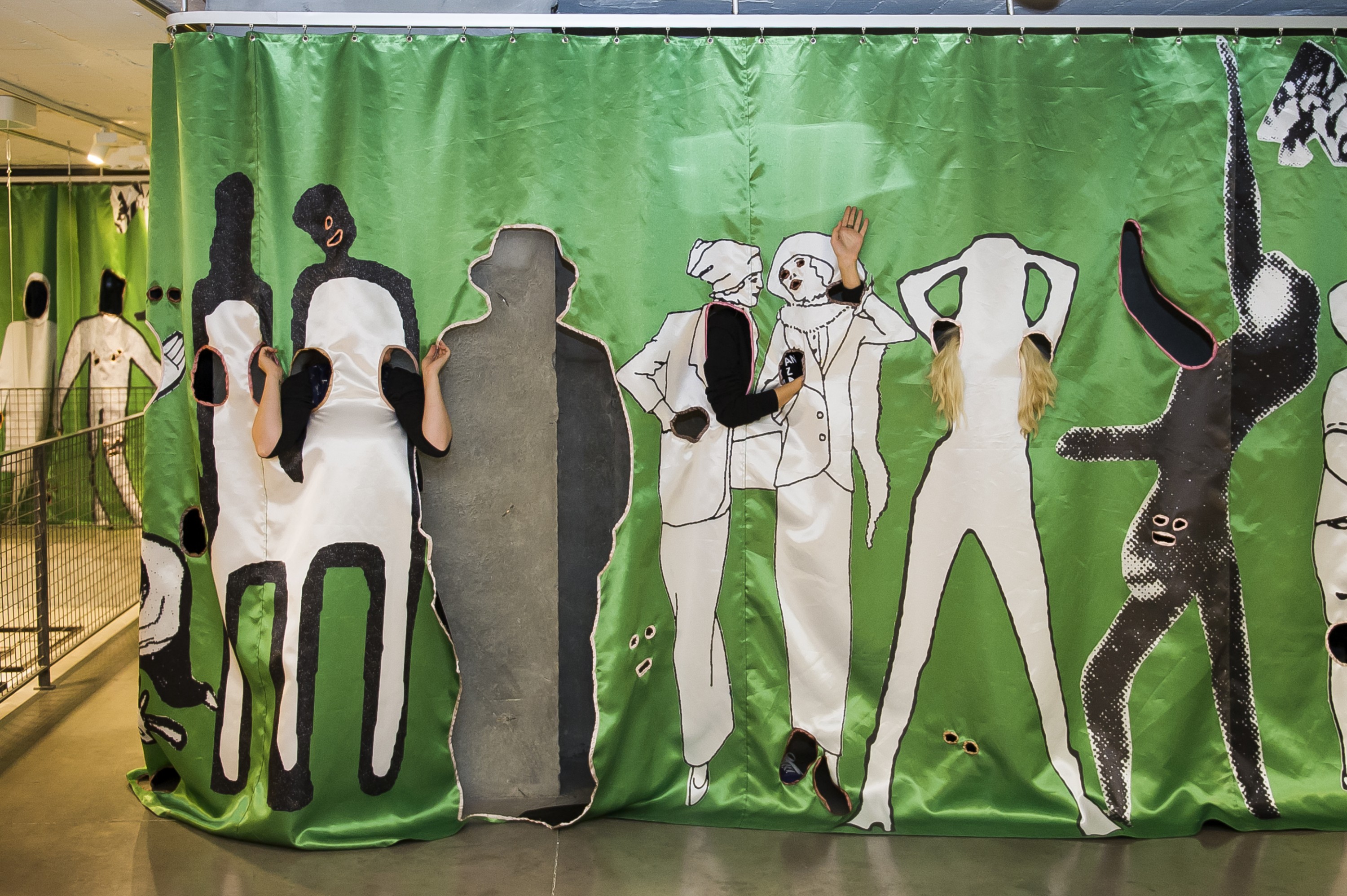 ARE WE HUMAN?: A VISIT TO THE ISTANBUL BIENNALE

If in recent years, design “activism” has been the (almost literal) rage, expressed in flag-waving spontaneity, the #currentmood in our pre-Trump, post-fact, pending-Brexit present is one of estrangement, confounded disbelief — a loss of orientation. Instantaneous reactions to complexity are how we got here: the volume of information to which we are subjected requires time to parse, and today’s volatile conditions — of infinitely advancing technology and increasingly regressive credos — call for profound self-examination. However, flag-waving is no mere game in Turkey. Following the attempted military coup back in July, many of the city’s buildings are draped in Erdogan’s red ensign; intellectual censorship and the threat of oppression is all too real, and Taksim Square is no longer the place for protest that it was following the Jasmine Spring. This year’s edition of the IKSV Istanbul Design Biennale, curated by New York-based architectural academics Mark Wigley (the former dean of Columbia University’s GSAPP and who is originally from New Zealand) and Beatriz Colomina (the Spanish-born director of graduate studies at Princeton’s School of Architecture), begins with a profound, rather than overtly political question: ARE WE HUMAN? The Design of the Species: 2 seconds, 2 days, 2 years, 200 years, 200,000 years. Taking a cue from its temporally framed inquiry, writer and curator Shumi Bose reflects, post-facto, on five memorable moments from the exhibition.

Homo Cellular (The Biennale curators and Evangelos Kostsioris with Ivan-Nicholas Cisneros, Jesse L. McCormick, Iara Pimenta, and Gizem Sivri. Display design: Andres Jacque and the Office for Political Innovation) — Displayed in the Biennale’s main location, a former Greek primary school in Istanbul’s storied Galata district, the curated selection of images in Homo Cellular express a truism: the cellphone brings us together. Internationally pervasive, these hand-held objects have brought about a behavioral commonality, both intellectual and physical. Thus the gesture of the selfie arm-reach and the impatient screen-swipe brings together a teenage contorting self-portraitist in China and a grave, enterprising African farmer; the bored, placeless business traveller and the anxious, screen-illuminated refugee scanning for news of home. But does this togetherness make us more human? Today’s advances in communication, surveillance, data-gathering technology allow us to be more aware of each other than ever before: we witness the imminent collapse of glacial ice shelves even as we share in the mass-transmission of personally directed messages. But does this connectedness, this simultaneity, mean more humanity? Or less?

Objects of Daydreaming (Pattu Architecture) — You might remember such objects from school visits to the museum, or prehistory lessons — prehistory, suggesting that these objects derive from a time before the human was evolved in “modern” term, both anatomically and behaviorally, before human narratives began. Not so, reveal the Turkish design firm Pattu. Hand axes are generally understood to be among the earliest and most primitive of tools — used for primitive acts like killing, hewing, crushing and so on. However, the firm’s deep formal and physical research is revealed that fact that the most aesthetically pleasing examples of hand axes were actually never used — forcing us to reconsider what has been accepted as anthropological “fact.” These objects may not have been purely practical, but rather ornamental — pleasing the hand and eye, and demonstrative of craftsmanship, they may have held artistic and even sexual value, signifying skill and prowess over material.

Köçek Dance Floor (m-a-u-s-e-r) — In the darkened galleries of Alt Space, a restored beer brewery turned gallery and cultural space in Istanbul’s Şişli neighborhood, a disco-infused installation by Berlin/Istanbul-based m-a-u-s-e-r architects marks a space of both celebration and separation. Named Köçek Pisti (pisti is the informal word for dance floor), the installation explores the Turkish-Islamic figure of the köçek, a perhaps surprising narrative of transgendered practices and non-normative sexual identity in the history of the Ottoman Empire. Between the 16th and 19th centuries the köçek was a whirling, decorated, dancing “pretty boy” who would perform for male audiences, offering a provocative precedent at a time when the binary between masculine and feminine is being questioned more openly than ever before in recent history. m-a-u-s-e-r’s project explores the historic and contemporary notions of gender in Ottoman culture, suggesting that hetero-normative mores were in fact imported from Western Europe.

Selfie Curtain / An Unfinished Encyclopedia of Scale Figures Without Architecture (MOS Architects) — Unabashed geek-historian that I am, one of my favorite exhibits was this cumbersome volume with a clunky title by New York-based MOS Architects. Architectural photography is often decried for its penchant for excising human life from the “perfect” presentation of concepts-as-architecture. MOS’s project, then, is the opposite: a bible of over 2,000 drawings of people culled from their architectural setting, by some 200 architects from Bernini to Bo Bardi to Shigeru Ban. As numerous and diverse the forms of figurative representation are the imagined forms of human life — and the demonstrations of architectural attitudes towards it. Some figures are hardly more than gestures of scale against monumental tectonics. Others show men, women, and children in languid, industrious, sartorial, or naturalistic poses, expressing fascinating preconceived or even prescriptive patterns of occupation and socio-spatial relationships, presenting a diversity of animators of a world “ever more intolerant of difference and increasingly inhuman.”

A Natural History of Human Rights (Forensic Architecture) — Scrutinizing the point between one thing and another — the very margins of difference — allow us to question what is shared between us, and how far we’re willing to stretch either our commonalities or claims of uniqueness. In the early 18th century, Scottish sea captain Alexander Hamilton described an orangutan “broyl a fish to eat with his boyled rice,” as well as blowing his nose and shaking snot from his fingers. So Forensic Architecture – whose work has expanded out from its origins in instating architecture as an agent, or at least a witness, within Middle Eastern and Israeli political crises to profound questions of humanity itself — examines the case of Sandra, the 32-year old orangutan who was granted human rights as a “non-human person” at Buenos Aires zoo in 2014. The wild orangutan is an extremely endangered species; in considering global warming, deforestation, the survival of the planet, the human species, and the sustainability of all life-forms on it, the threshold of “human” may well stand to be challenged. This project, as many others in the exhibition, is elucidated in a text by Eyal Weizman on e-flux Architecture, which also launched on the occasion of the 2016 Istanbul Biennale.

Are We Human? a 288-page book by Beatriz Colomina and Mark Wigley with notes on archeology and design, is now available through Lars Müller Publishers.