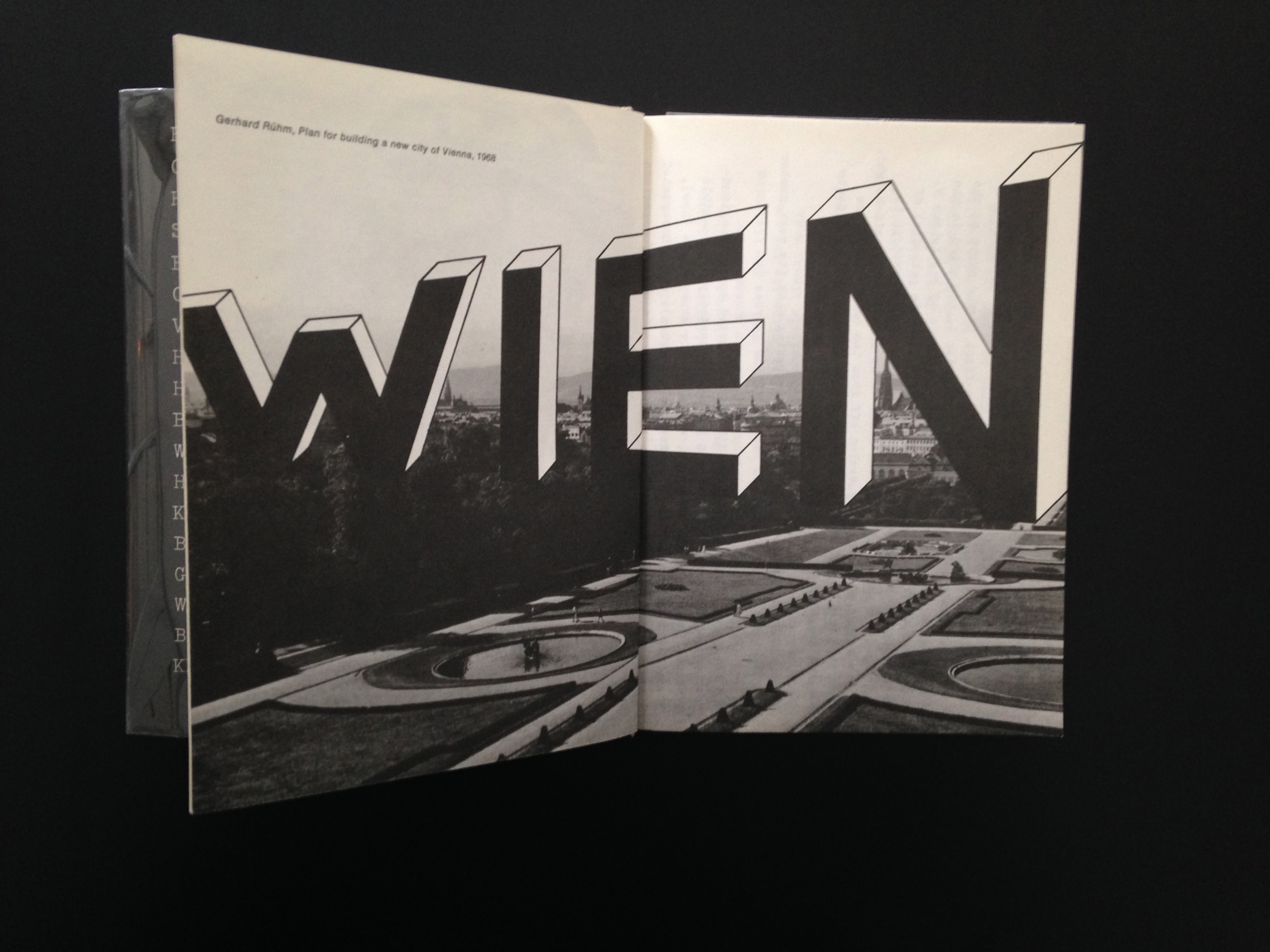 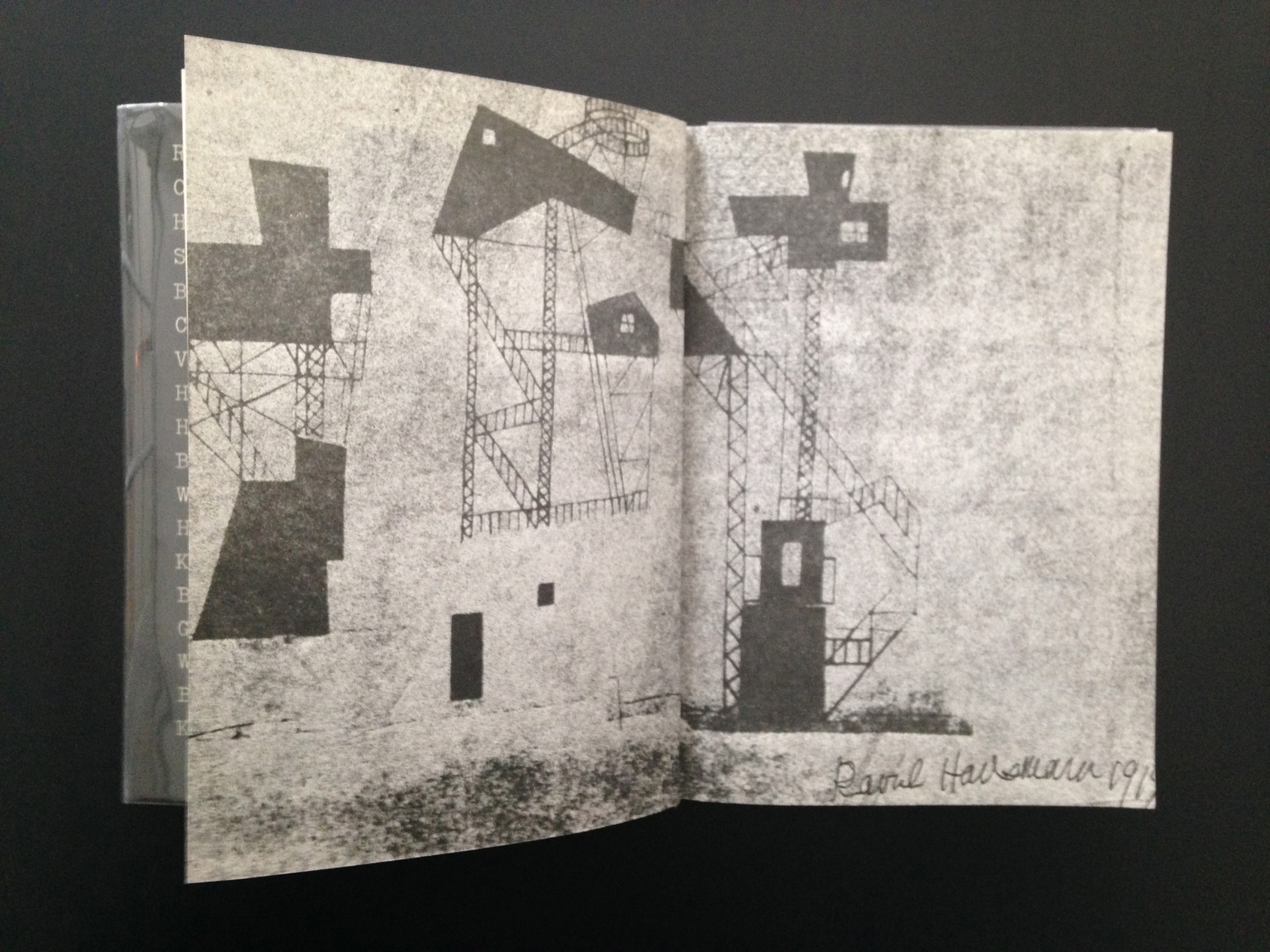 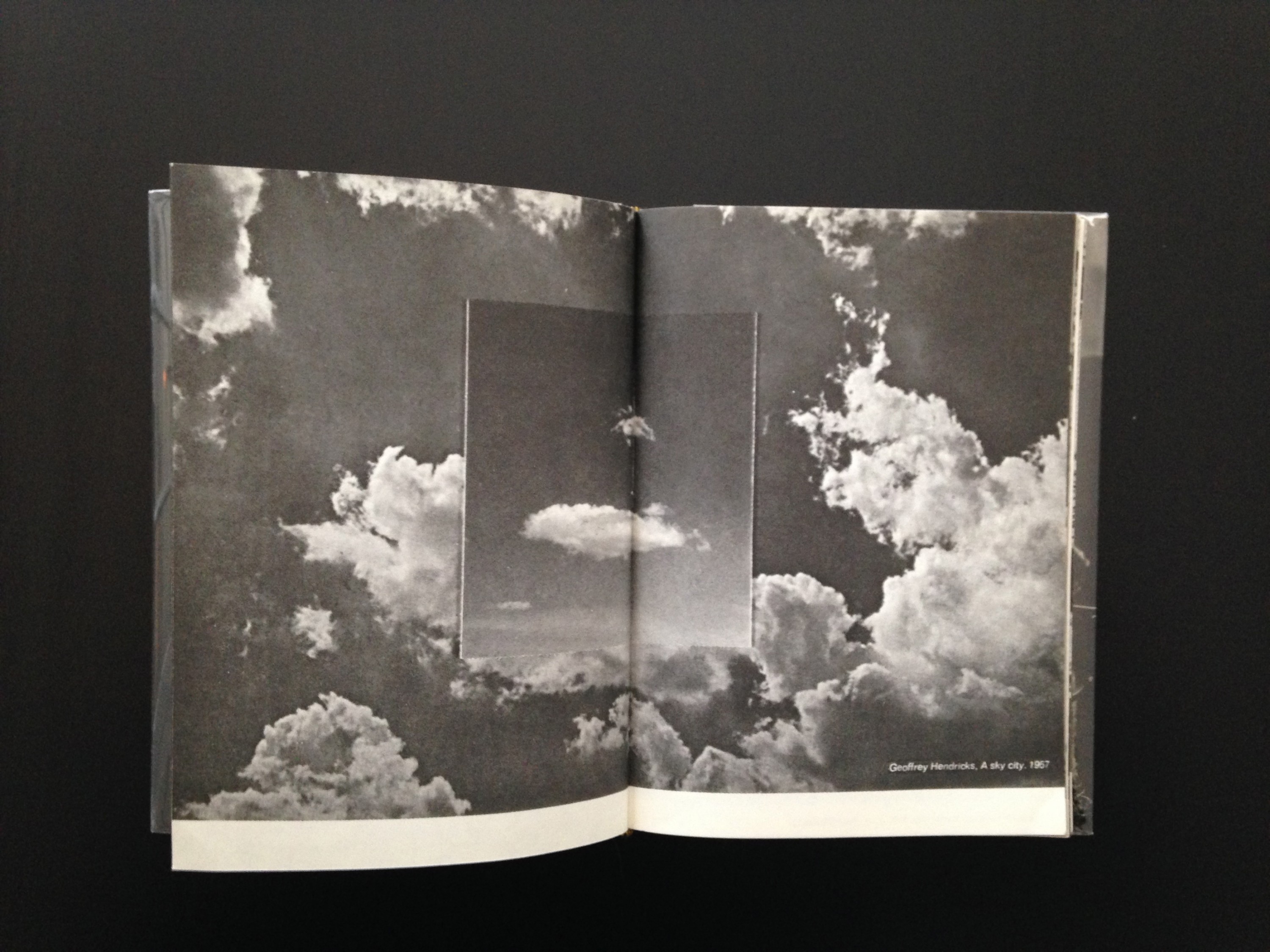 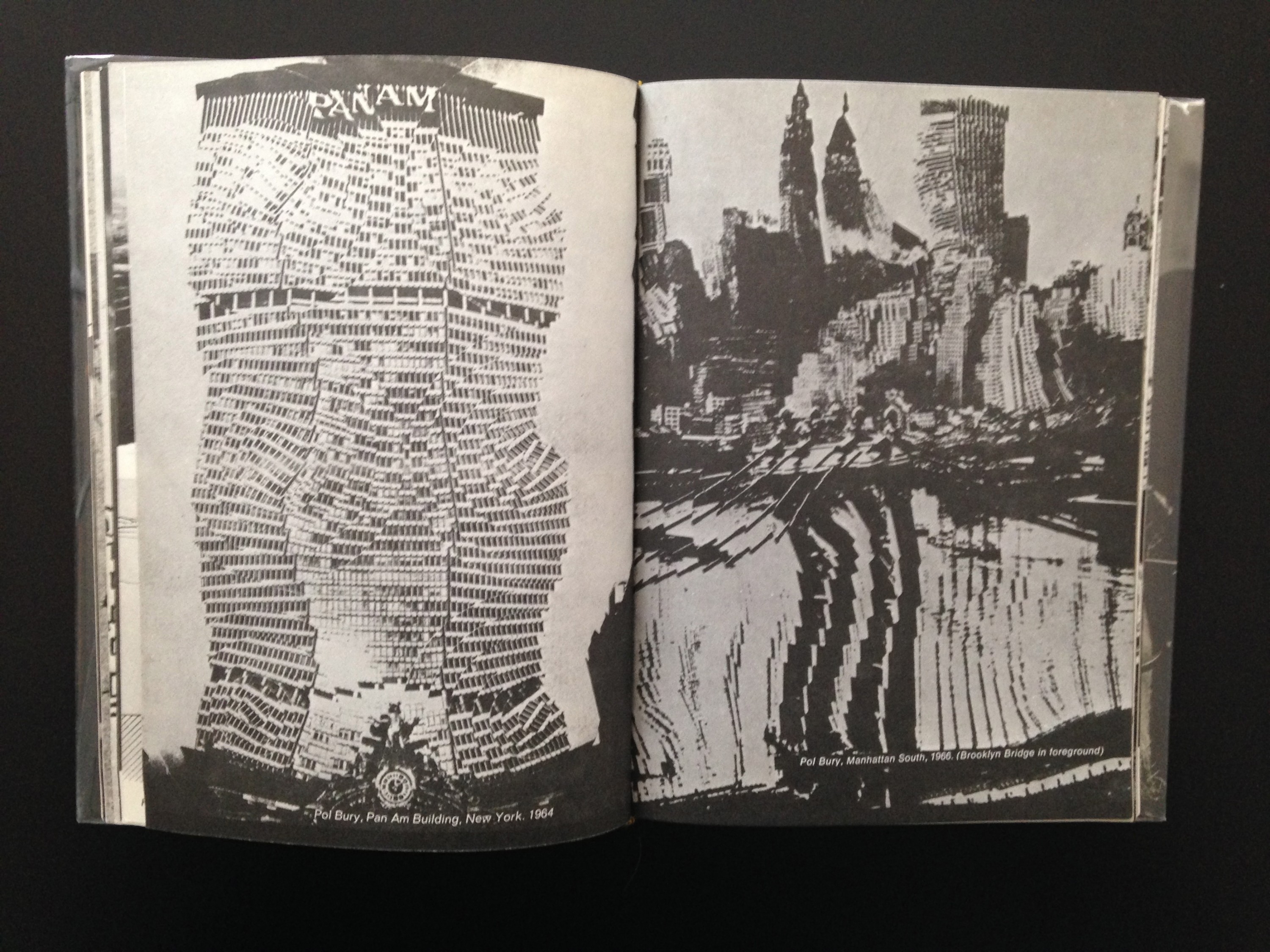 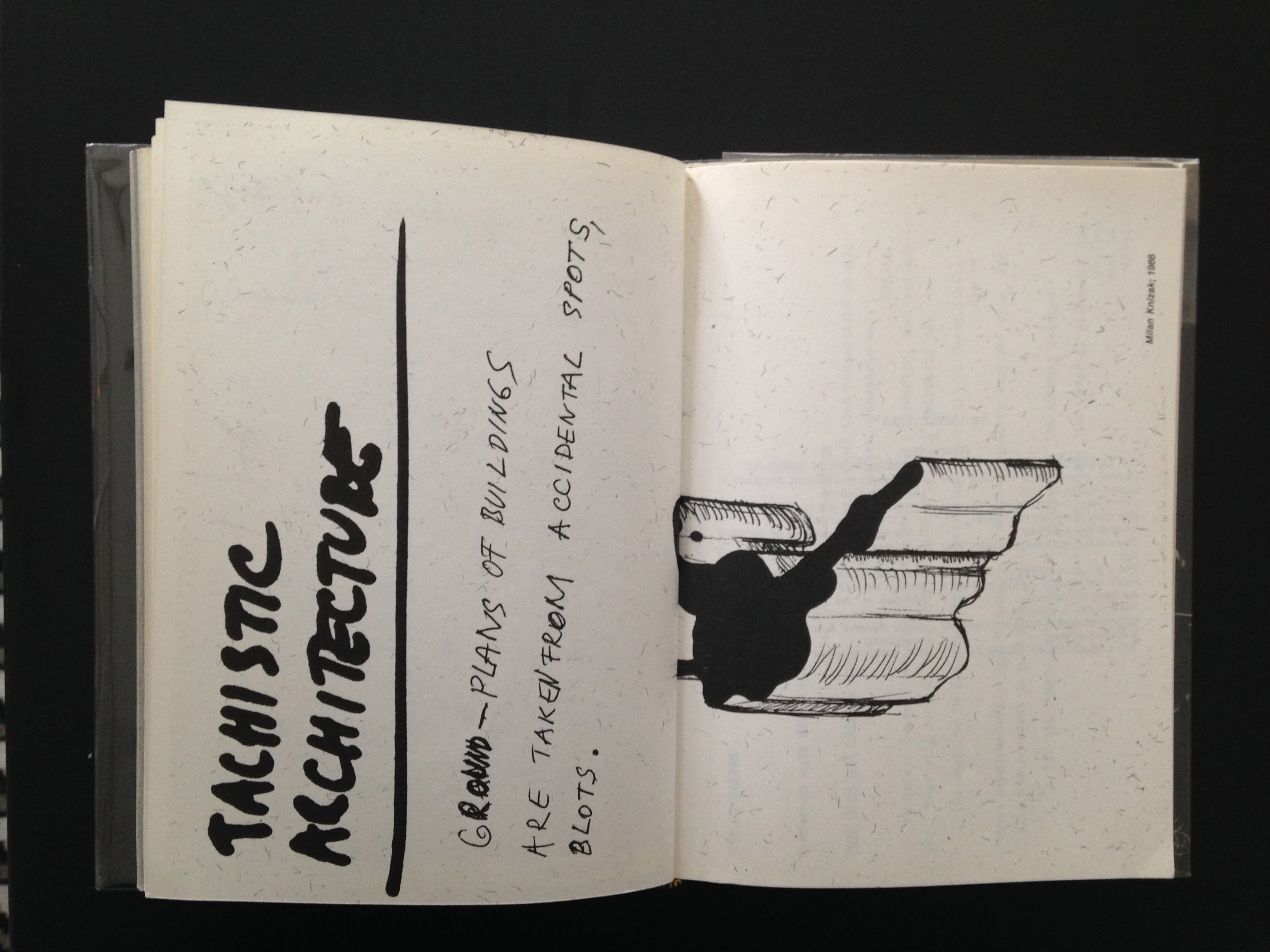 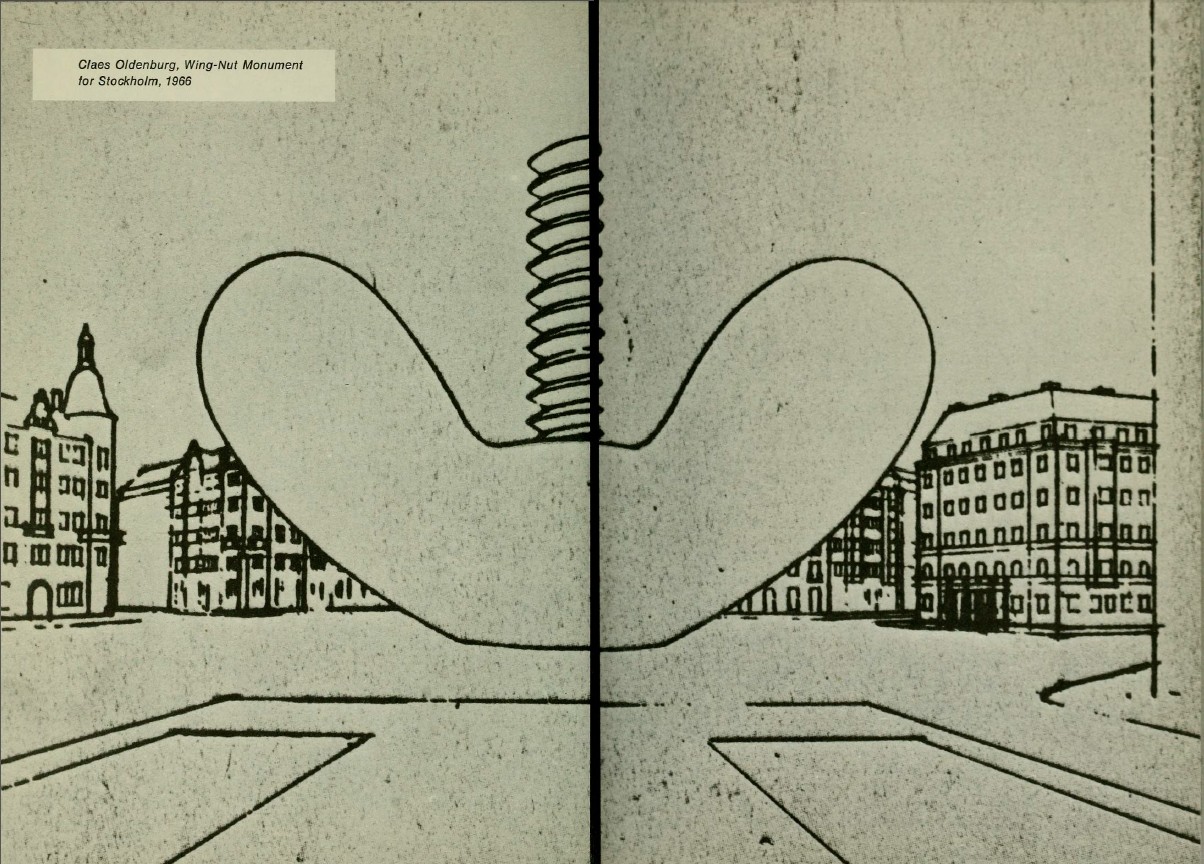 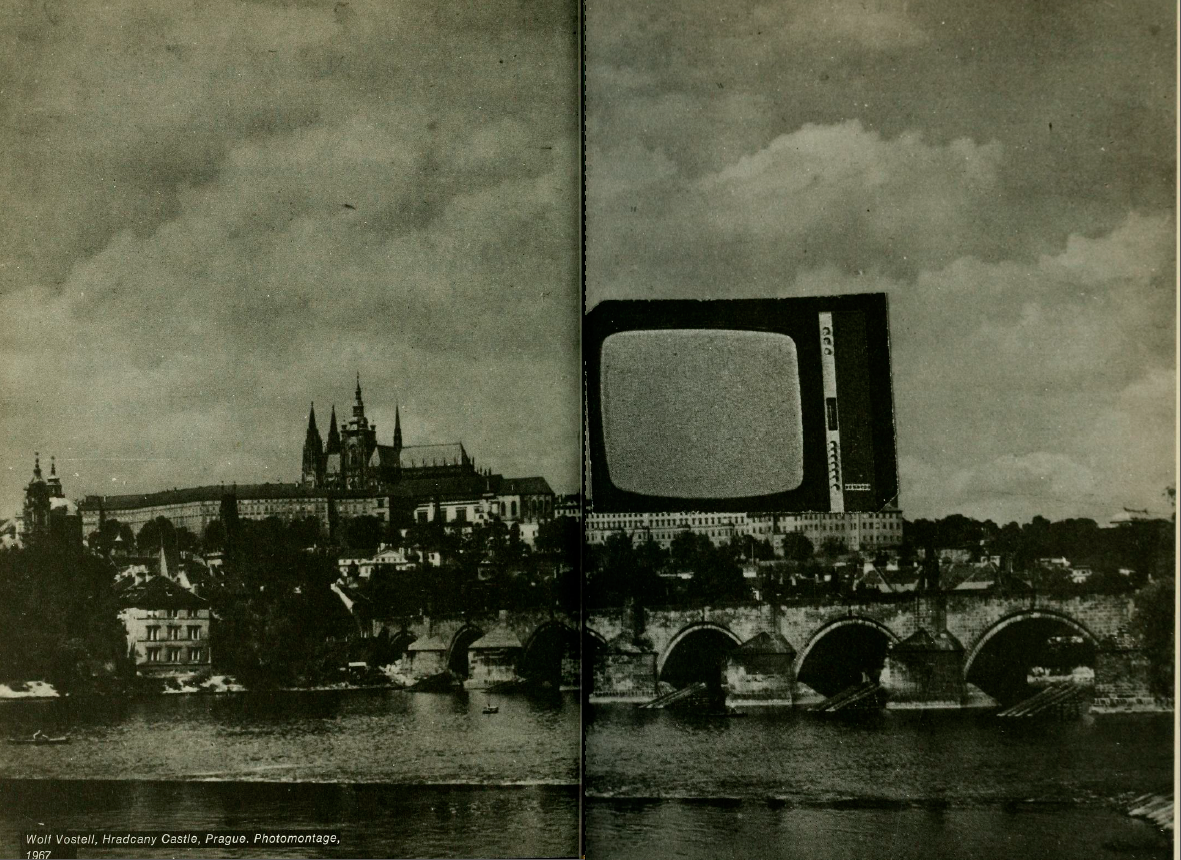 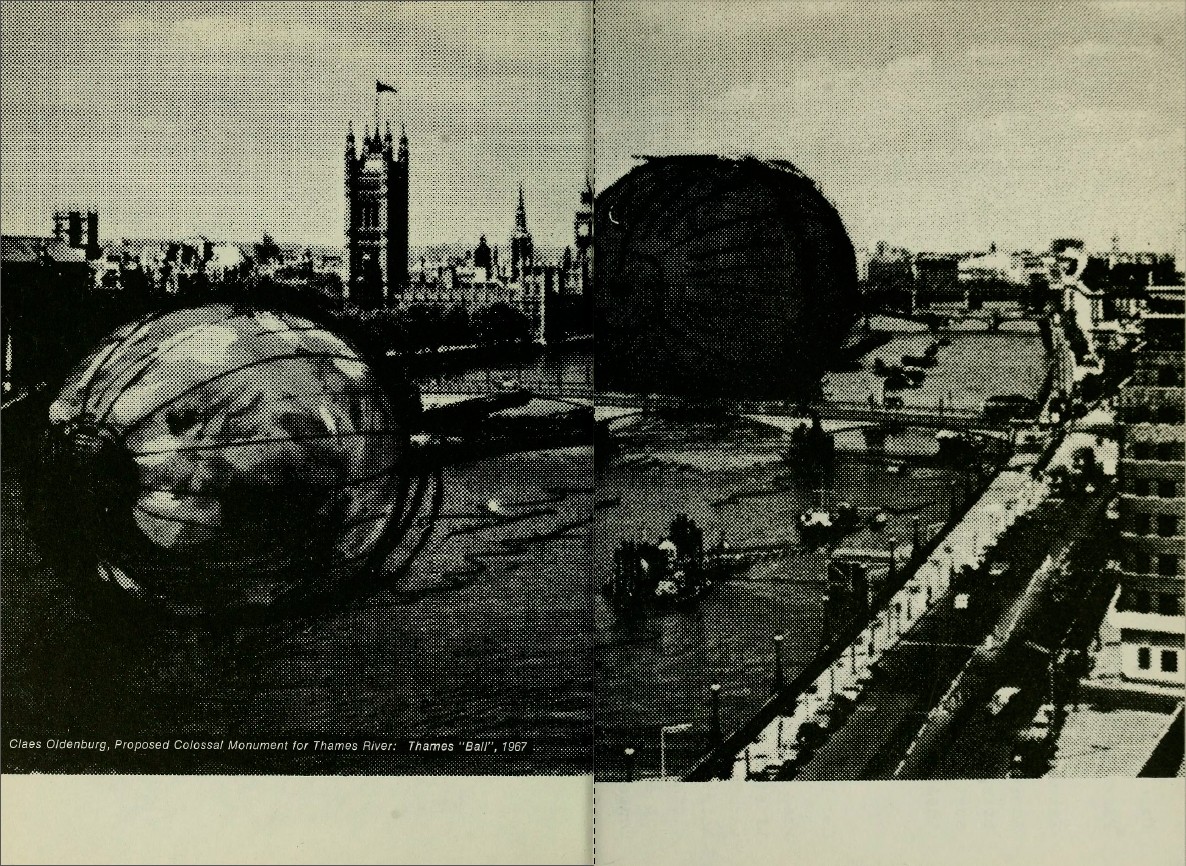 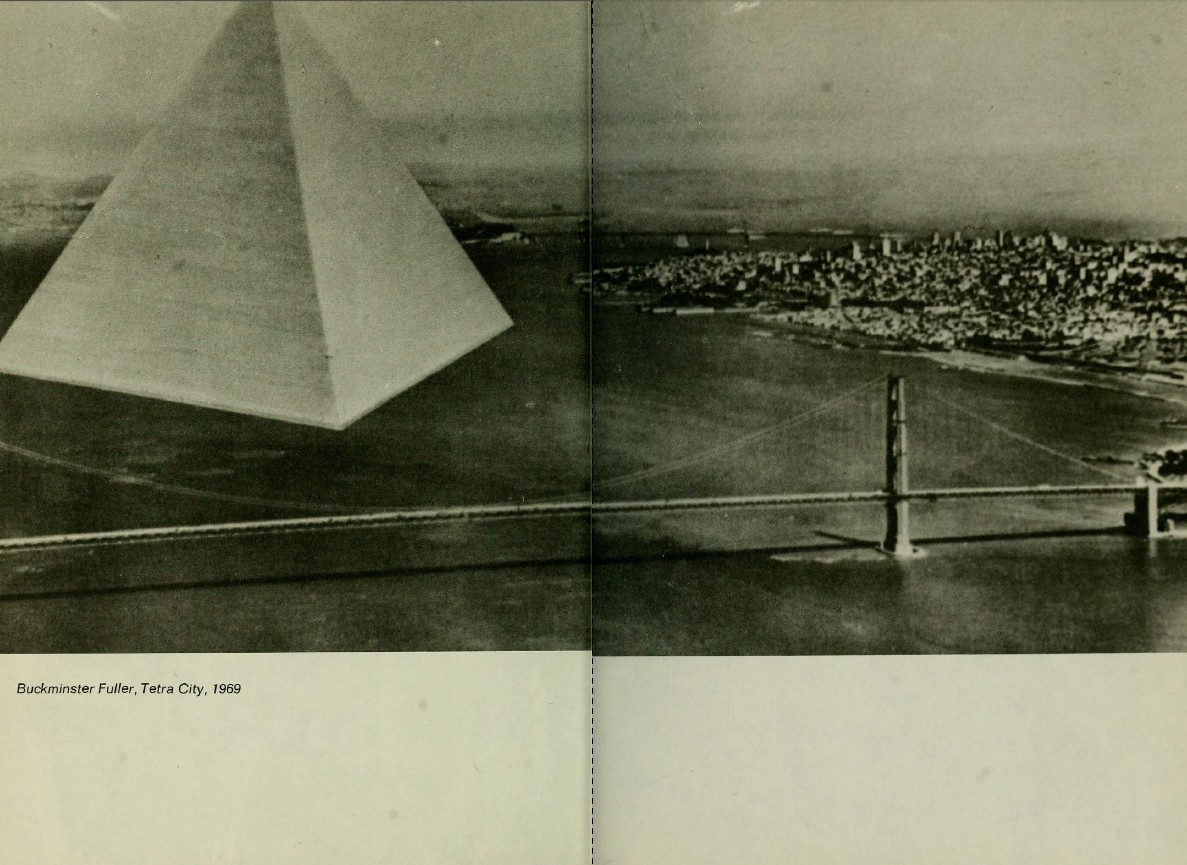 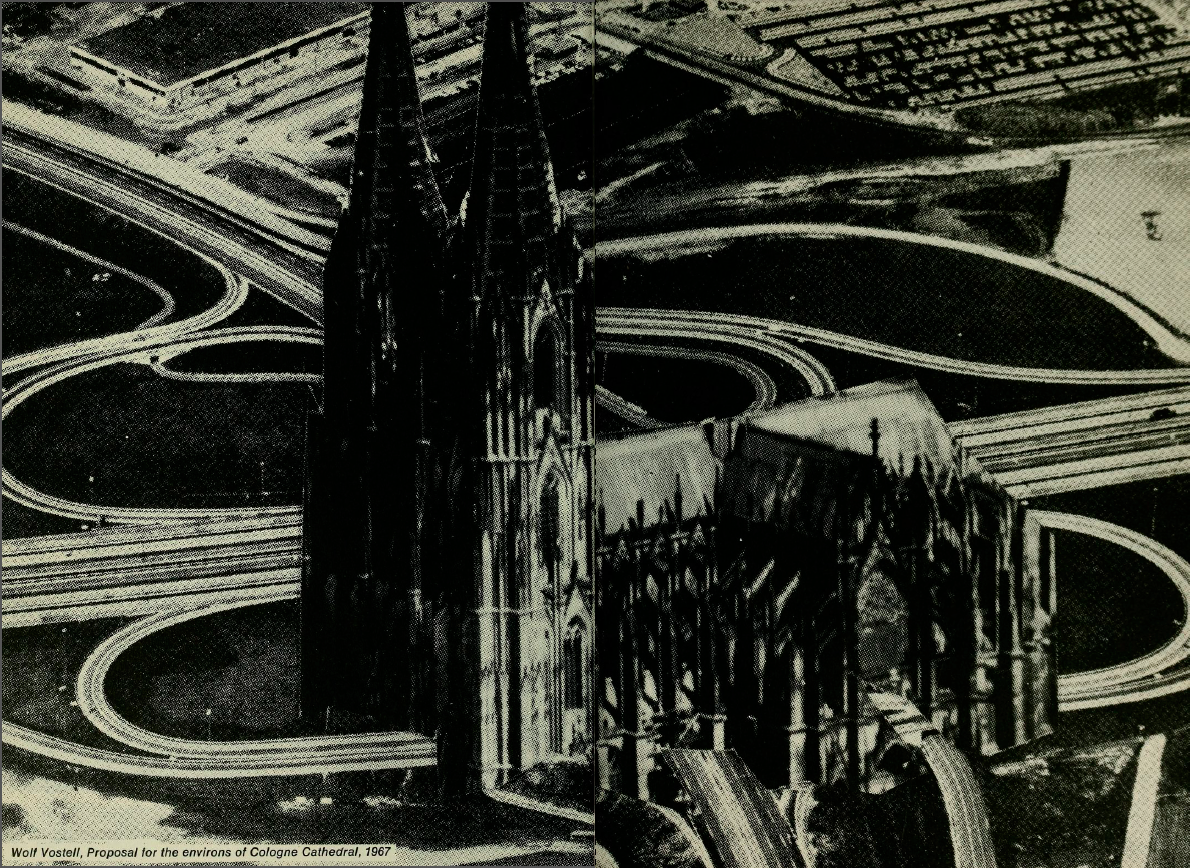 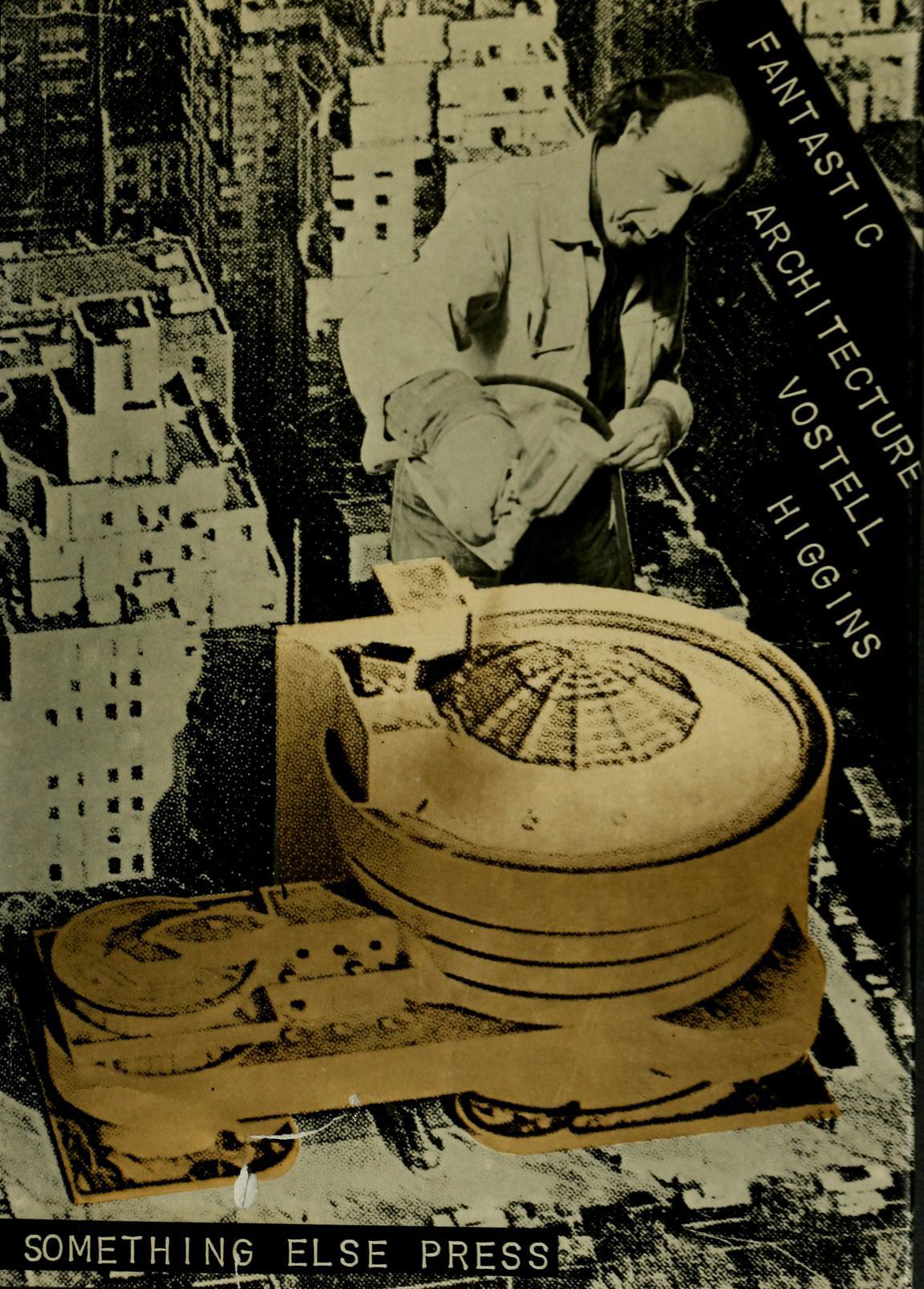 Architecture gets a little imaginative breathing room with the republished Fantastic Architecture. An exact facsimile of the original book, this 194-page work of visual and textual architectural provocations was compiled by two artists, Wolf Vostell and Dick Higgins. It first appeared in 1969 in German under the title Pop Architektur, before being reprinted a year later by the Higgins-owned Something Else Press under its current title. Higgins, a co-founder of the “intermedia” (a term he coined) Fluxus movement in the early 1960s, begins the book with a call to action to “restore a spirit of aesthetic research to architecture.” The collaborative, experimental, and open-minded ethos of the introduction sets the stage for many of the themes that follow in 14 numbered “Captions” (rather than classic chapters) that read like mini-manifestos, each printed on vellum sheets. A series of contributions from then-practicing architects, including Hans Hollein and Buckminster Fuller, as well as artists — among them John Cage, Robert Filliou, and Michael Heizer — form the core of the book. Claes Oldenburg, for example, is represented by his 1967 proposals for the colossal Wing-Nut Monument for Stockholm and equally huge Thames Balls for London. Another highlight is House of Dust (also 1967), a poetry project by Alison Knowles and James Tenney in which they used a Siemens System 4004 computer to produce stanzas describing a house that were generated with changing words from a finite vocabulary list. In the context of today’s seemingly limitless availability of digital tools in contemporary design, Fantastic Architecture takes us back to the avant-garde of ideas.