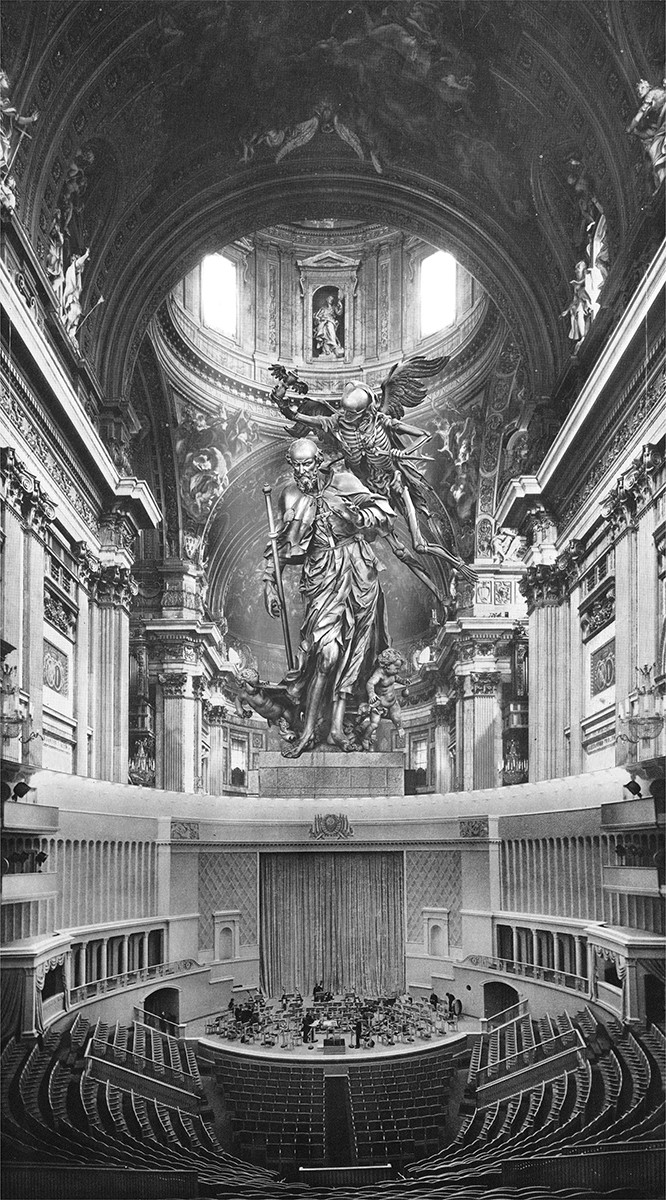 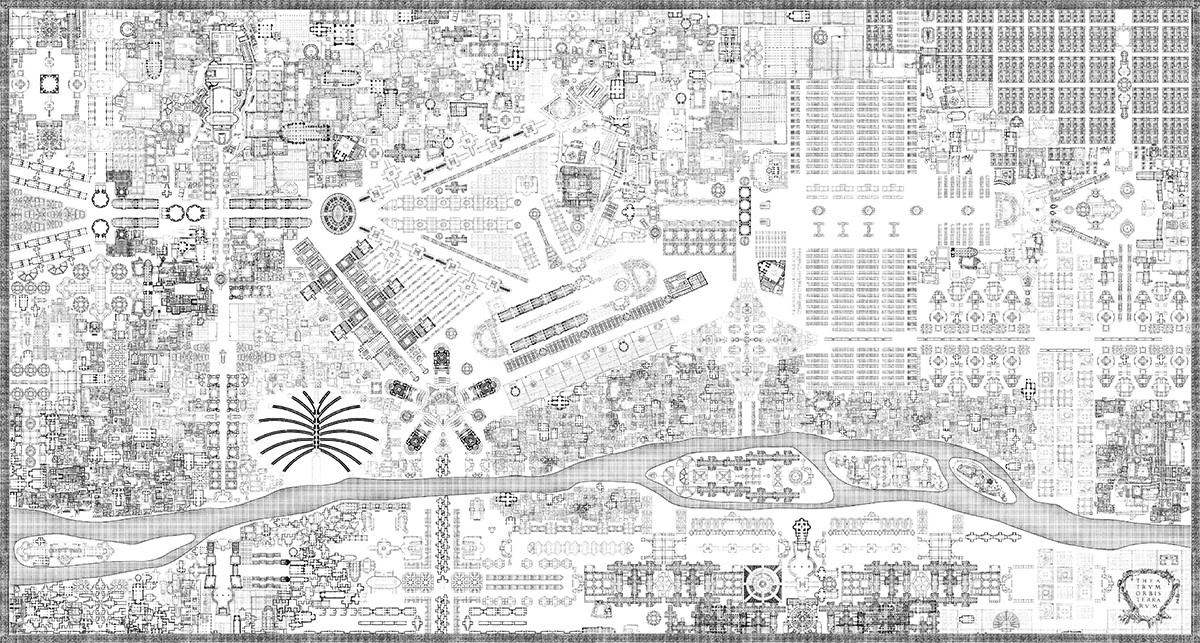 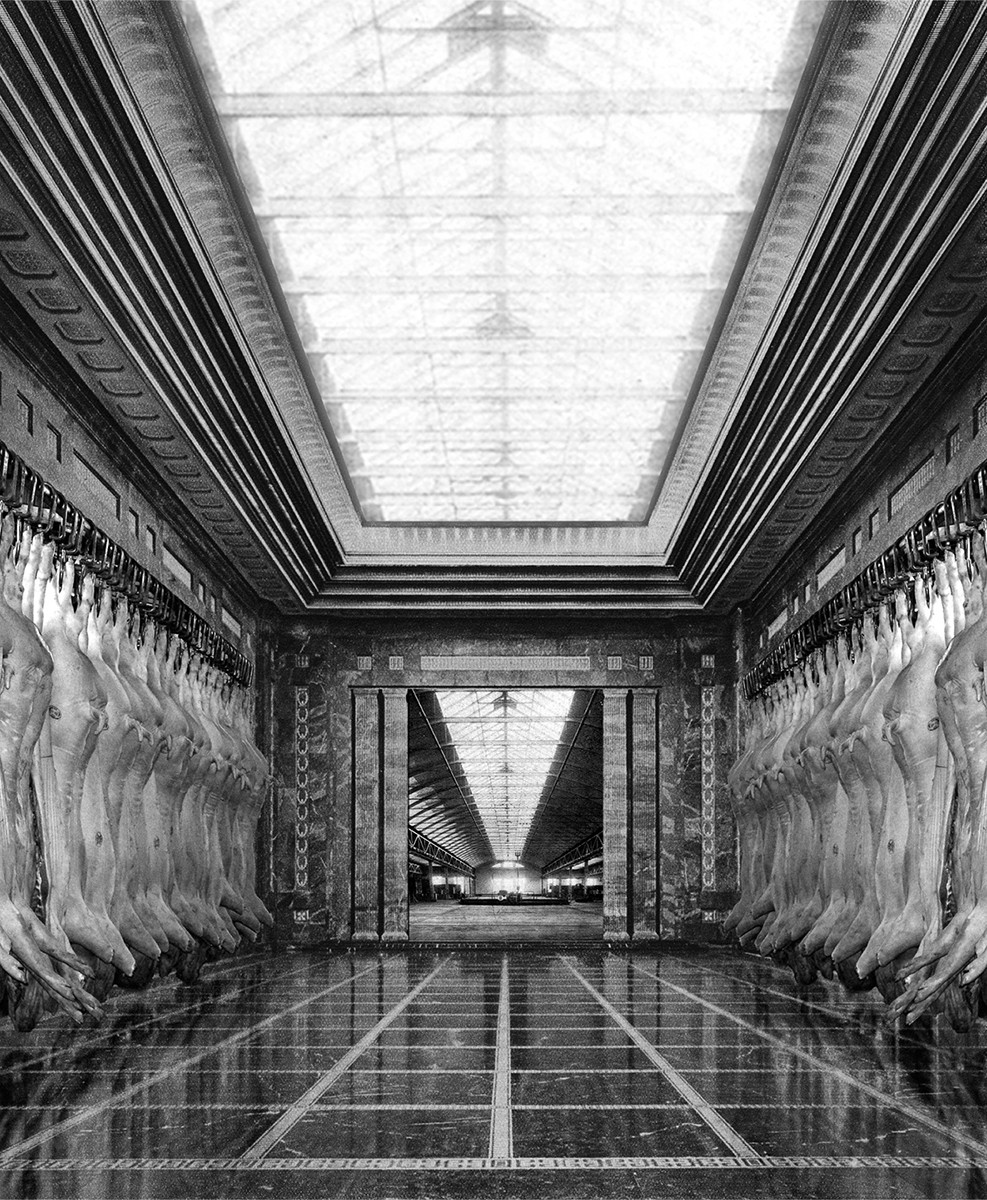 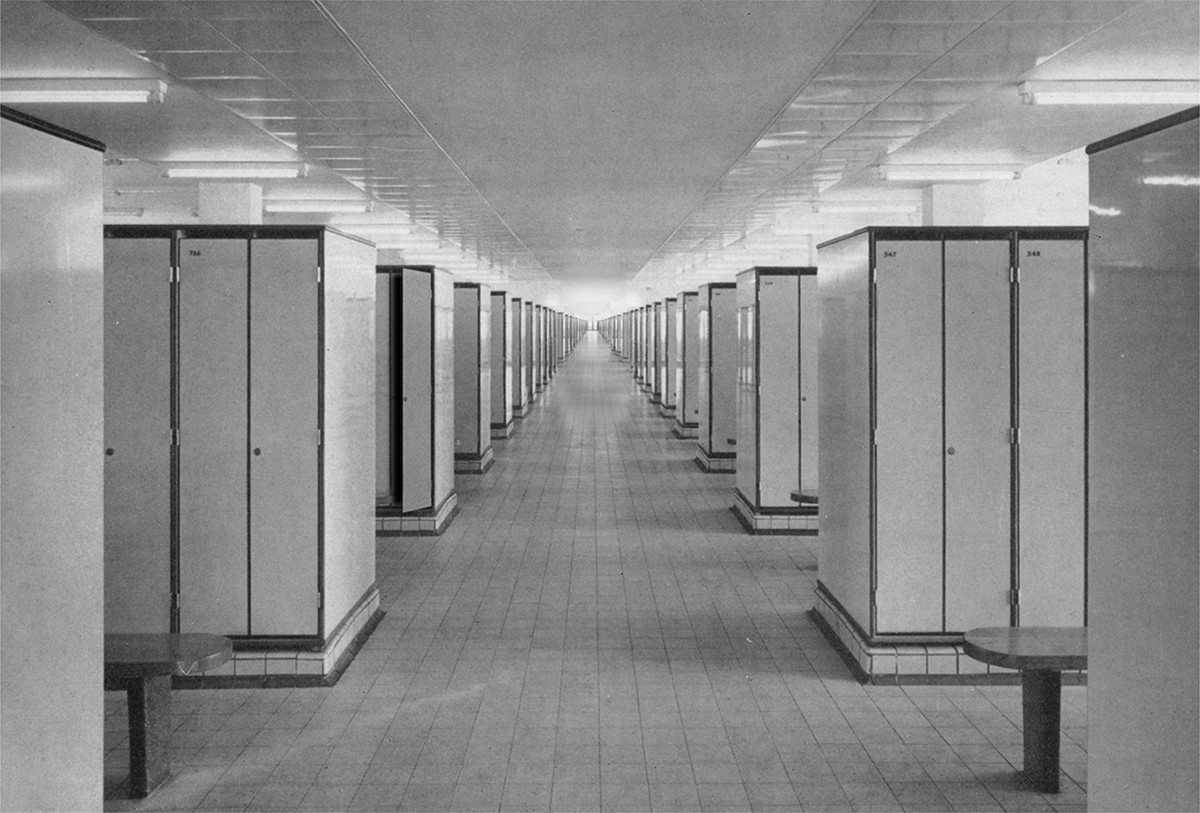 From Piranesi’s Imaginary Prisons of the 1740s to Archizoom’s No-Stop City of the 1970s, architecture has produced no shortage of compelling dystopian fantasies. Now we can add Michael Hirschbichler’s Theatrum Orbis Terrarum to the list. First shown during Art Basel in 2012 and subsequently at ETH Zürich, the exhibition is about to be turned into a book. The cycle of works, whose title is Latin for “theater of the world” and was taken from Abraham Ortelius’s seminal 1570 atlas, features eerie and improbable places, gargantuan monuments, and pathos-heavy buildings all depicted with the standard representational tools of the trade: floor plans, maps, elevations, etc. According to Hirschbichler, architecture’s traditional modes of representation uniquely accommodate the bombastic structures and spaces that populate these works. “There is a certain credibility to these mediums that makes even the most absurd and questionable content seem rational, believable, and, to a certain degree, justified and objective,” says the Zürich-based architect. But even the most disarming of floor plans couldn’t place some of the images in Theatrum beyond suspicion. The cycle’s massive title piece, a map measuring three meters tall by almost six across, depicts a city that seems usual enough at first glance, but on closer inspection reveals jumbled-up neighborhoods, buildings piled on top of one another, and cathedrals splayed out in decorative and implausible arrangements. In the accompanying “renderings,” Hirschbichler manipulates photographs of churches, monuments, and other representative structures of power, further exaggerating those visual features typically employed to accentuate the monumentality of such architecture: axial perspectives and symmetry. The result verges on the absurd (Versailles’s Hall of Mirrors extending to infinity) and leaves the ideological content of both image and architecture strangely scrambled. Hirschbichler also applies this treatment to mundane functionalist spaces — locker rooms, office hallways — proving that even the most banal buildings are not simply neutral. “Planned and constructed spaces are never just there,” he explains. Rather, our built environments influence our perceptions and behavior incalculably, making us “actors in an everyday theater of reality.”