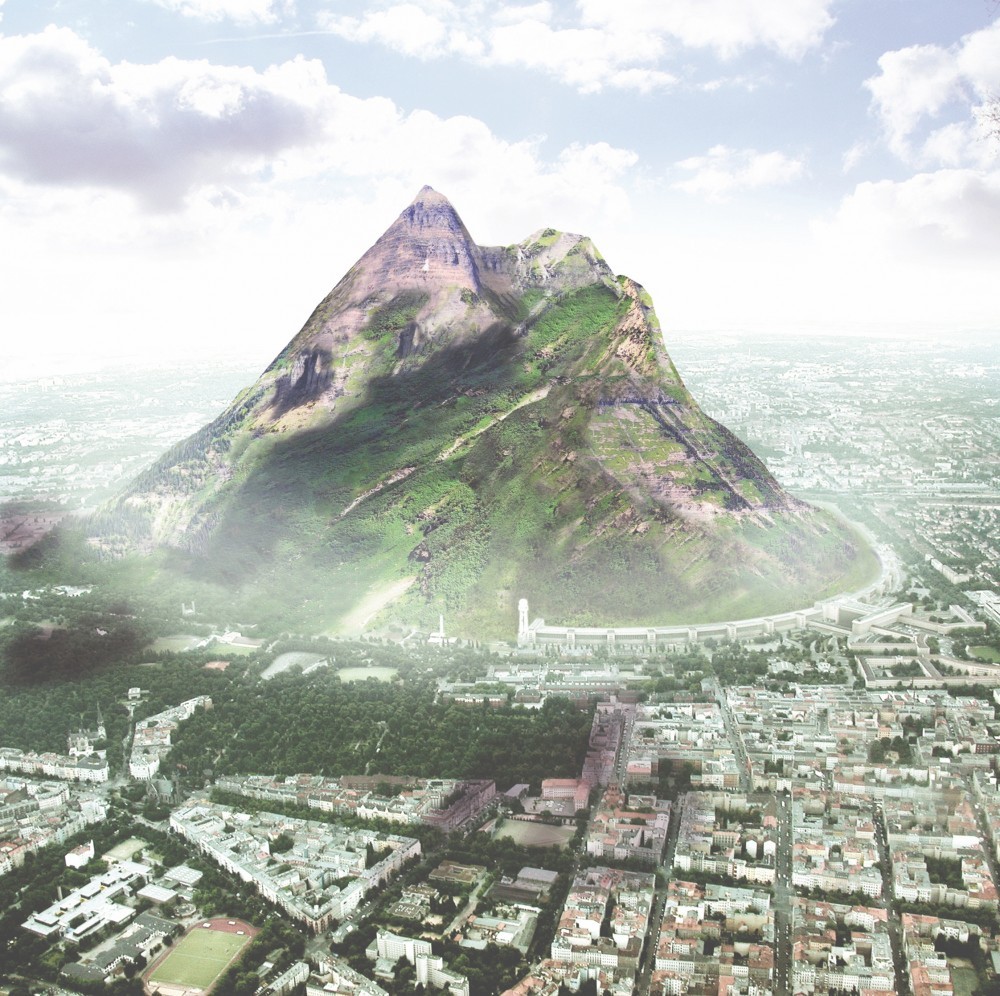 The Berg, a mountain imagined by architect Jakob Tigges/Mila Berlin on the site of the old Tempelhof Airport. 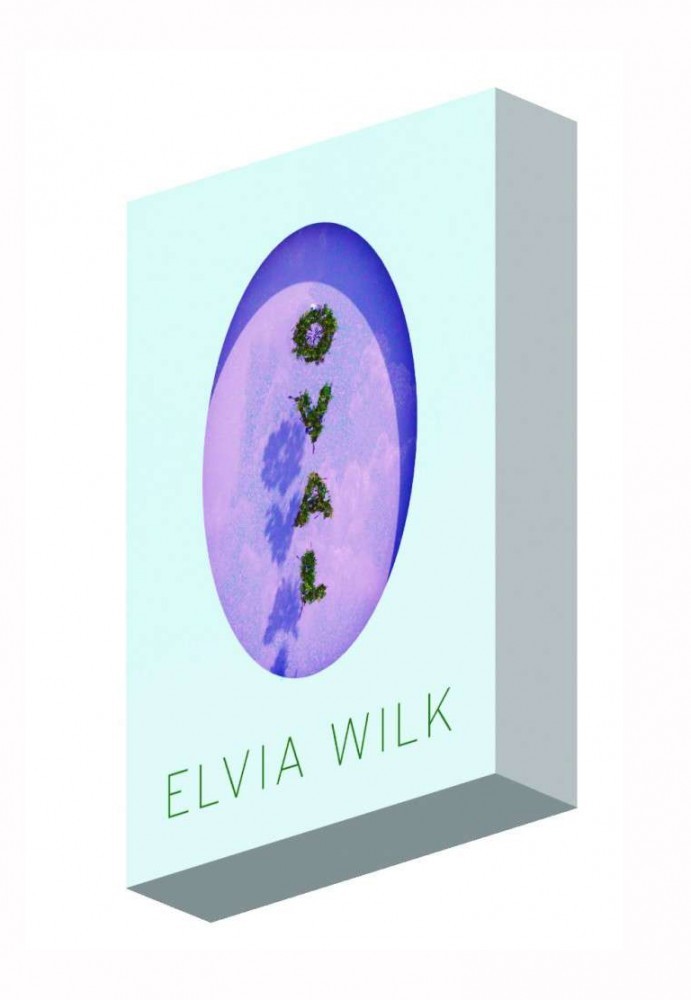 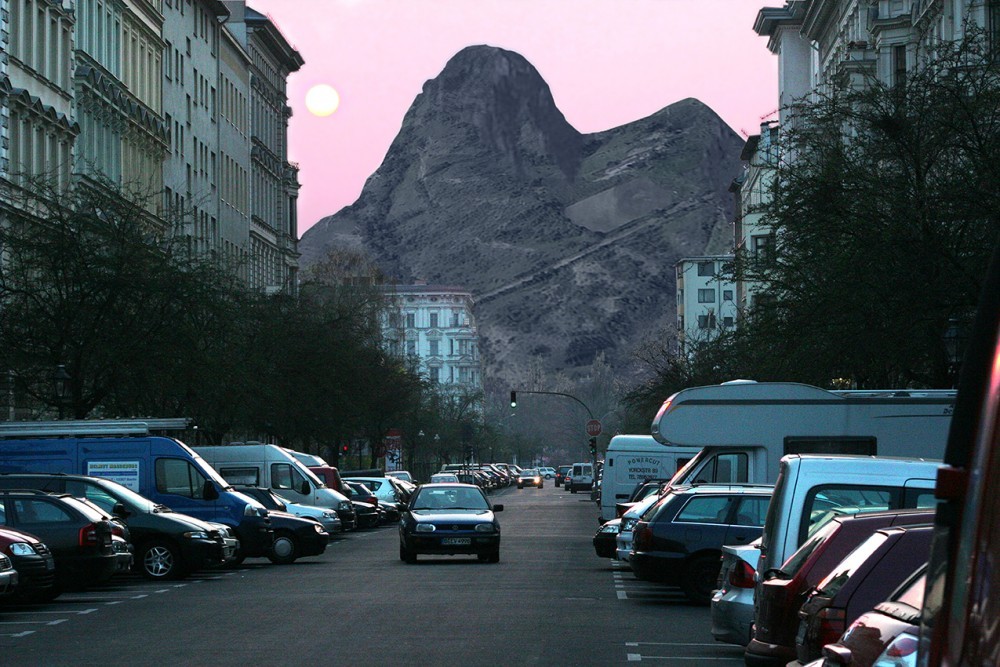 Elvia Wilk’s novel Oval takes place in a Berlin whose urban topography has been radically modified by the addition of an artificial mountain. It’s an alternative reality based on a conceptual project called The Berg, dreamt up in 2009 by architect Jakob Tigges of Mila, who imagined a mountain 1,000 meters (3,300 feet) high in the heart of the city on the site of the long-defunct Tempelhof Airport. Oval’s protagonist, Anja, lives with her artist boyfriend at the top of the mountain, in an experimental zero-waste eco-community. But the utopian promises of sustainability reveal themselves to be empty marketing that possibly covers up something very dark. Wilk brings to life a microcosm pervaded by NDAs and MDMA, a place where artists work for corporations as “consultants” while at the same time being priced out of the city as a result of “eco-friendly” real-estate development carried out by those very same corporations. In the process, she lampoons green-washed gentrification, the commodification of social capital, and neoliberal arts sponsorship, satirizing the state of our current culture industry. Like a fairytale for the doomer generation, Oval constructs a universe of grotesque gloom, where increasingly erratic weather triggers conspiracy theories and investor-patrons collect the shrunken heads of their artists who died before the terms of contract ended. Does Wilk, who divides her time between Berlin and New York, find pleasure in such dystopian imagining? “I’m definitely guilty of wallowing in misery,” she says. “It’s indulgent and self-flagellating, like ‘Look at the mess we made.’ But dystopia is also very entertaining.”

Wilk has embraced the emerging New Weird anti-genre, which she didn’t know about while writing her novel but retroactively considers a useful tool. “The New Weird is defined by negation, not being science fiction and not being fantasy,” Wilk explains. “Science fiction is traditionally about speculating on technological innovation, but gravity still applies, the laws of the world as we know it still apply. It’s all explainable and rational. Fantasy doesn’t need to rely on any of the known principles. We can have dragons and magic.” While there’s no hocus pocus in Wilk’s novel, some plotlines do require suspension of disbelief. To promote wealth redistribution, for example, Anja’s boyfriend develops a designer drug — called Oval — that gives people a chemical high from acting charitably; and Anja’s eco-house increasingly takes on the traits of a living organism until it self-annihilates in a programmed real-estate suicide.

In spite of Oval’s pessimism, there’s an underlying motivation to think through issues imaginatively with the aim of finding better alternatives. According to Wilk, one of the obstacles to making substantial change is that we collectively oscillate between “the fantasy of total futility and the fantasy of total power. Neither is ever true and both let you off the hook for complexity” — and, she thinks, imaginative modes like novels or speculative architecture are just the opportunity we need to think through complex questions. But, she cautions, “there’s a hard limit where imagining stuff and never doing stuff becomes pathetic.”

Berlin, a city that has long been an incubator for conceptual, speculative, and theoretical creative pursuits, is the perfect backdrop to explore this tension between imagination and action. The Berg project, for example, came about at a moment after the 2008 financial crisis when a generation of young architects realized there were no opportunities in the near future to build anything. Many decided to move to Berlin and pursue alternative practices, from starting speculative-architecture collectives to publishing zines. While Wilk skewers the artspeak, insularity, and potential impotence of this milieu, she also acknowledges the impact the imaginary can have on the real world. When there was a 2010 referendum on whether or not to allow developers to build on parts of Tempelhof, Mila created a hoax campaign advertising the Berg as an opportunity to double the abandoned-airport-turned-park’s green space through its verticality. “I honestly believe,” says Wilk, “that the campaign had something to do with people voting against further real-estate development.”