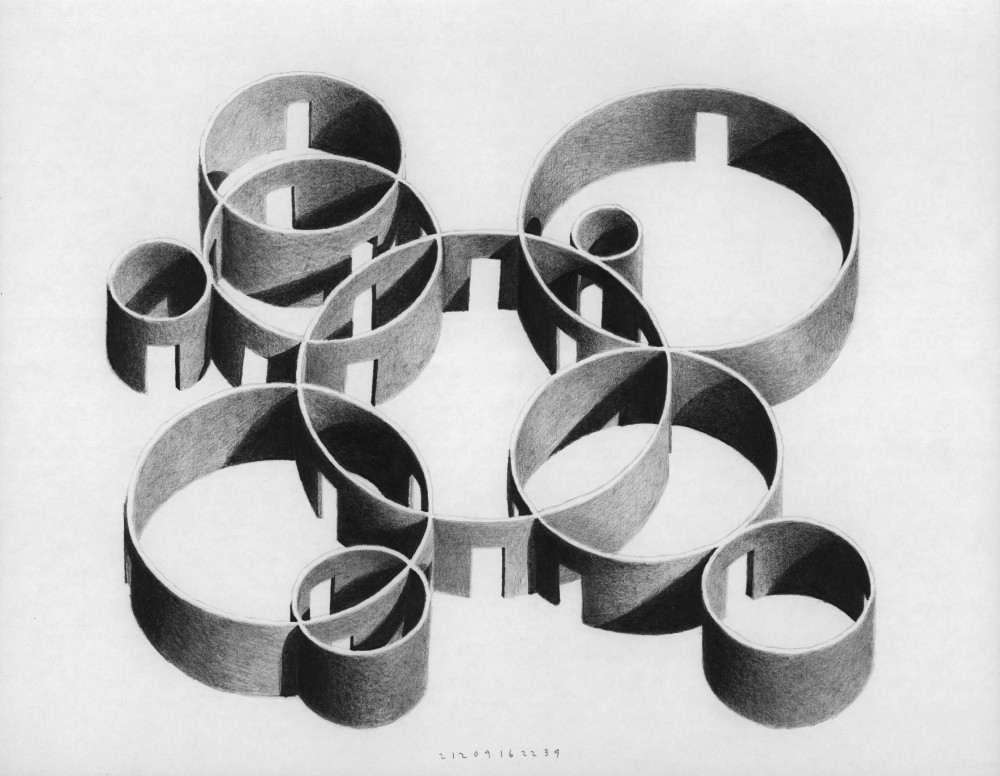 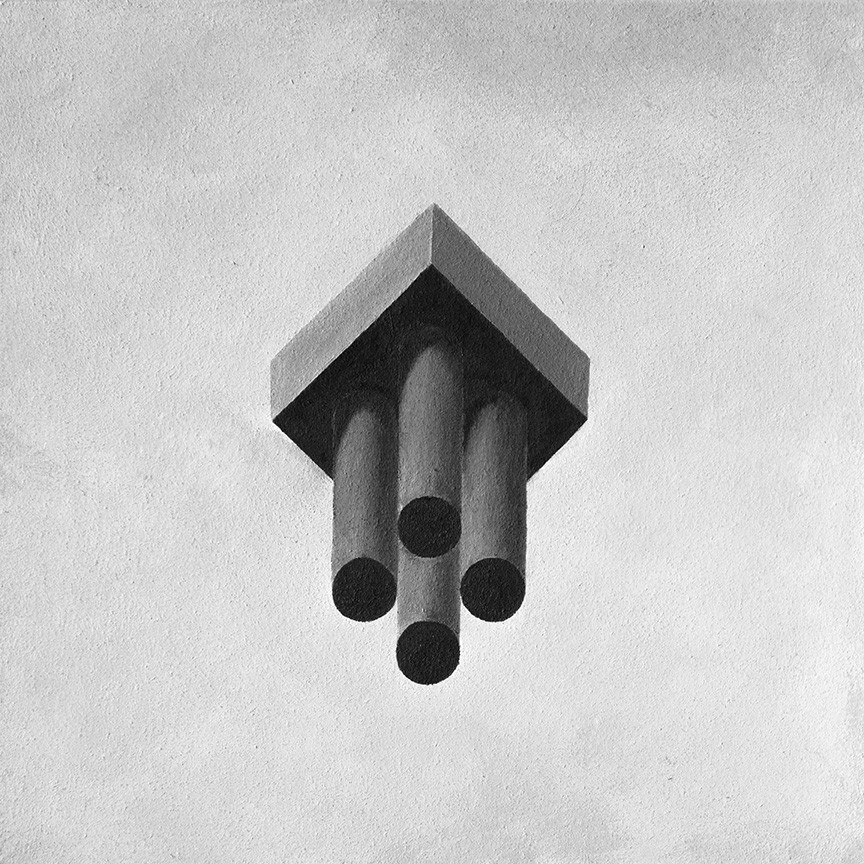 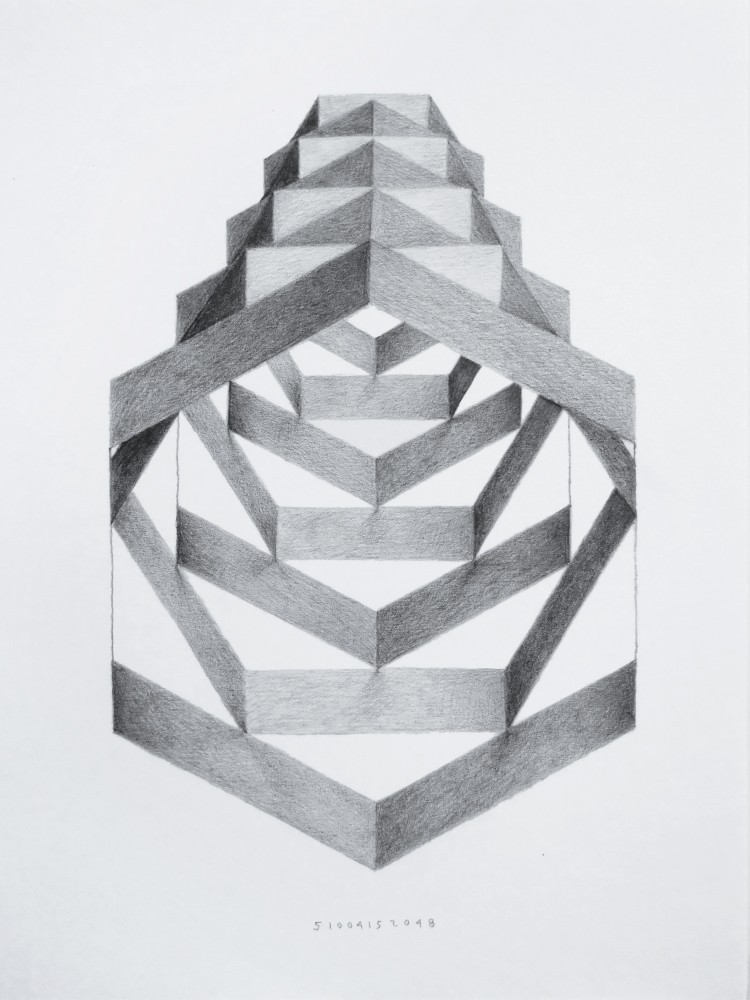 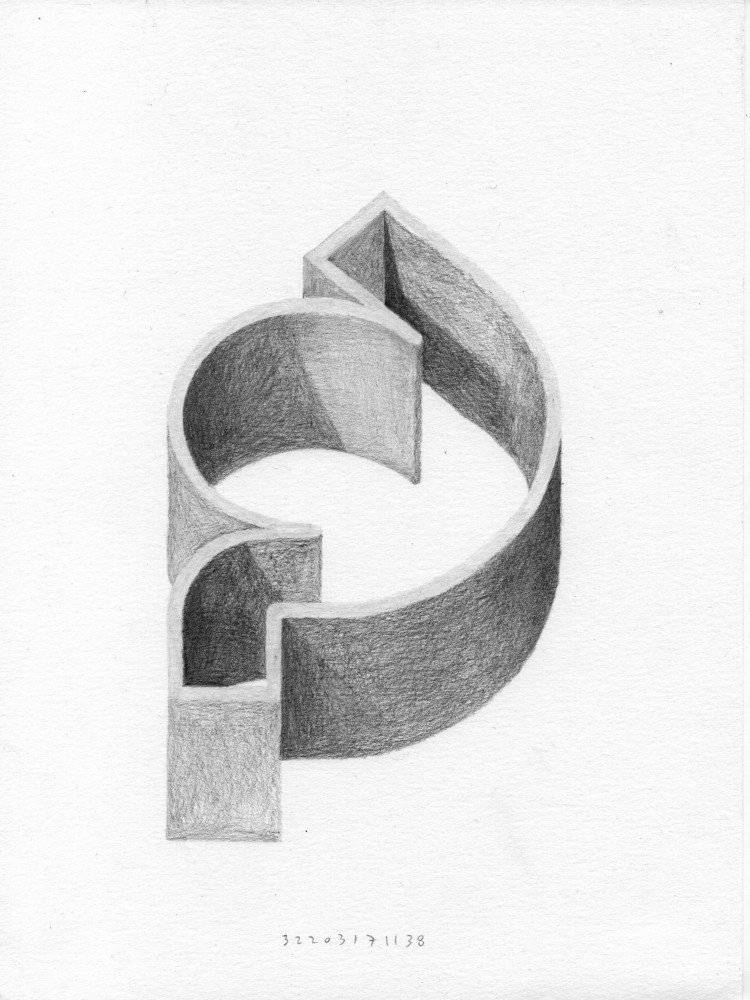 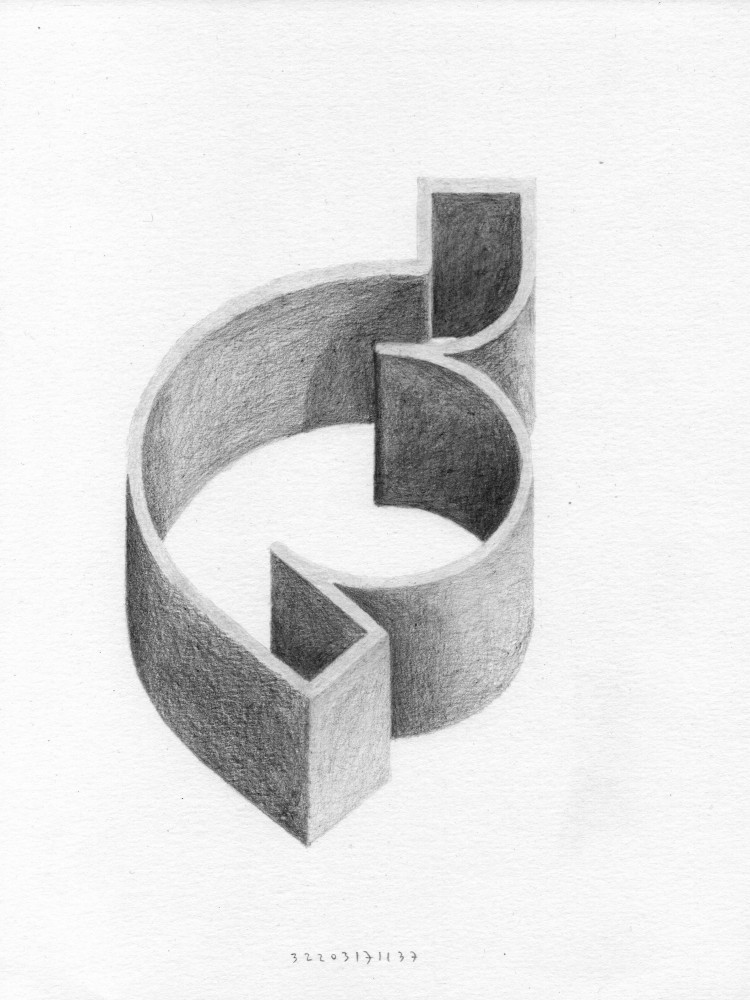 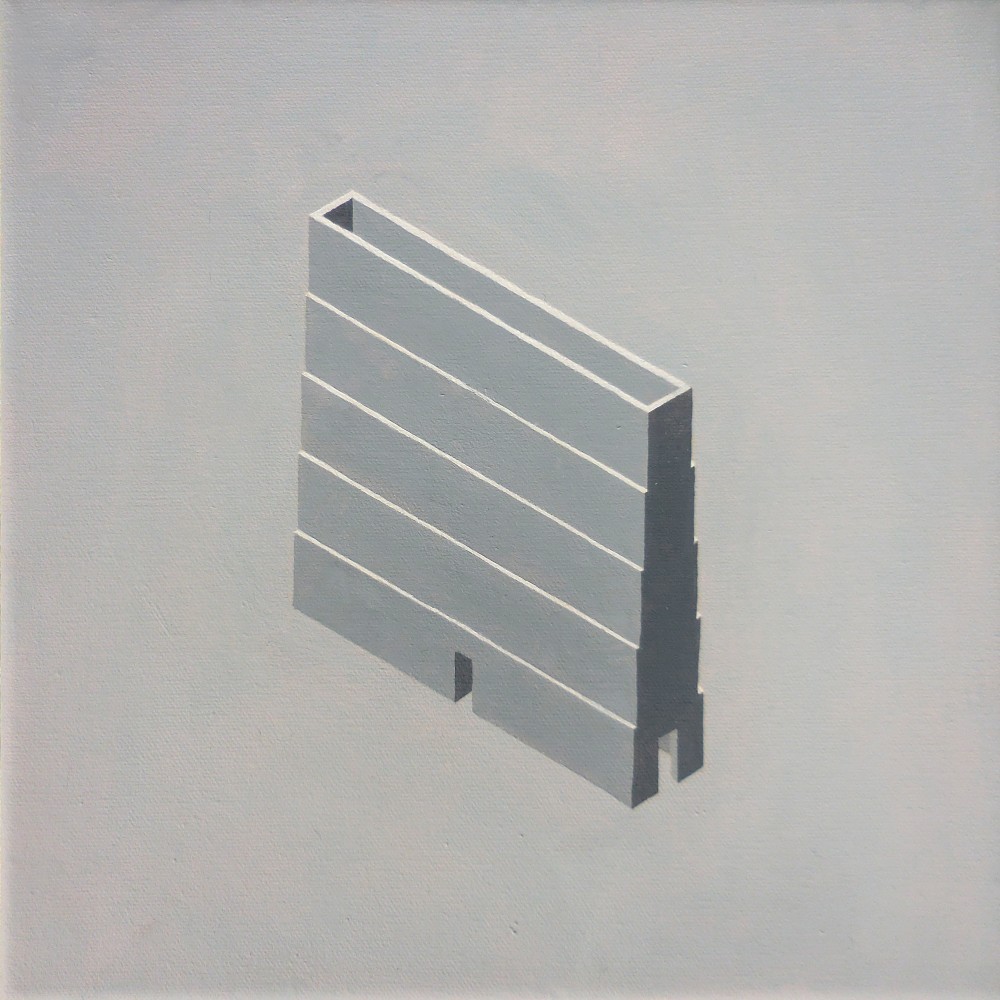 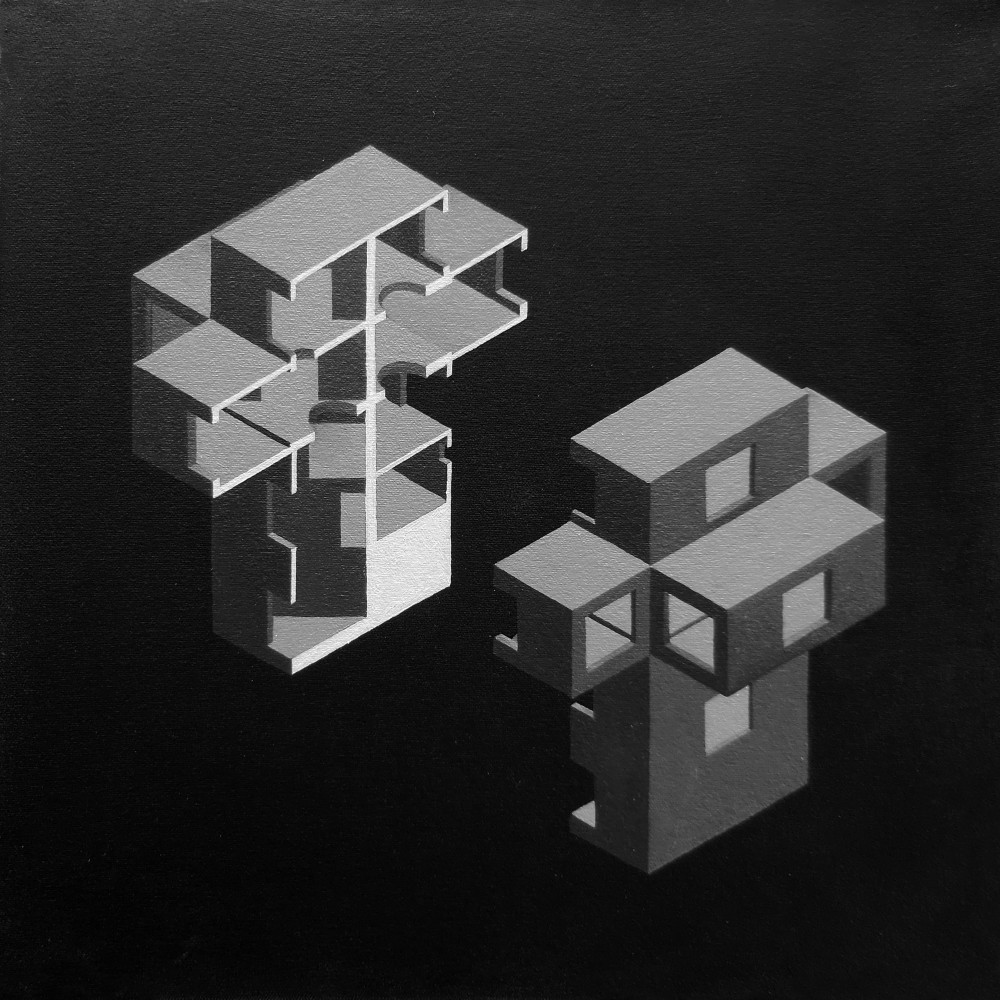 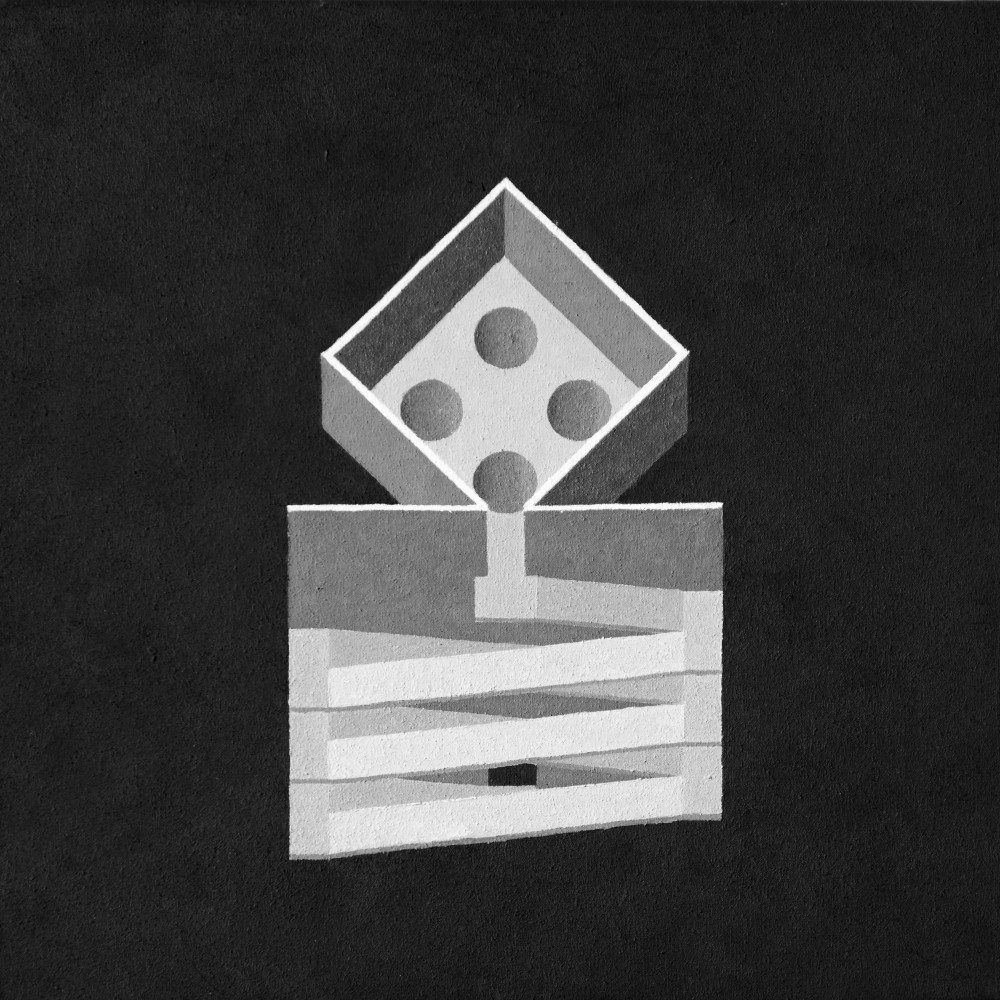 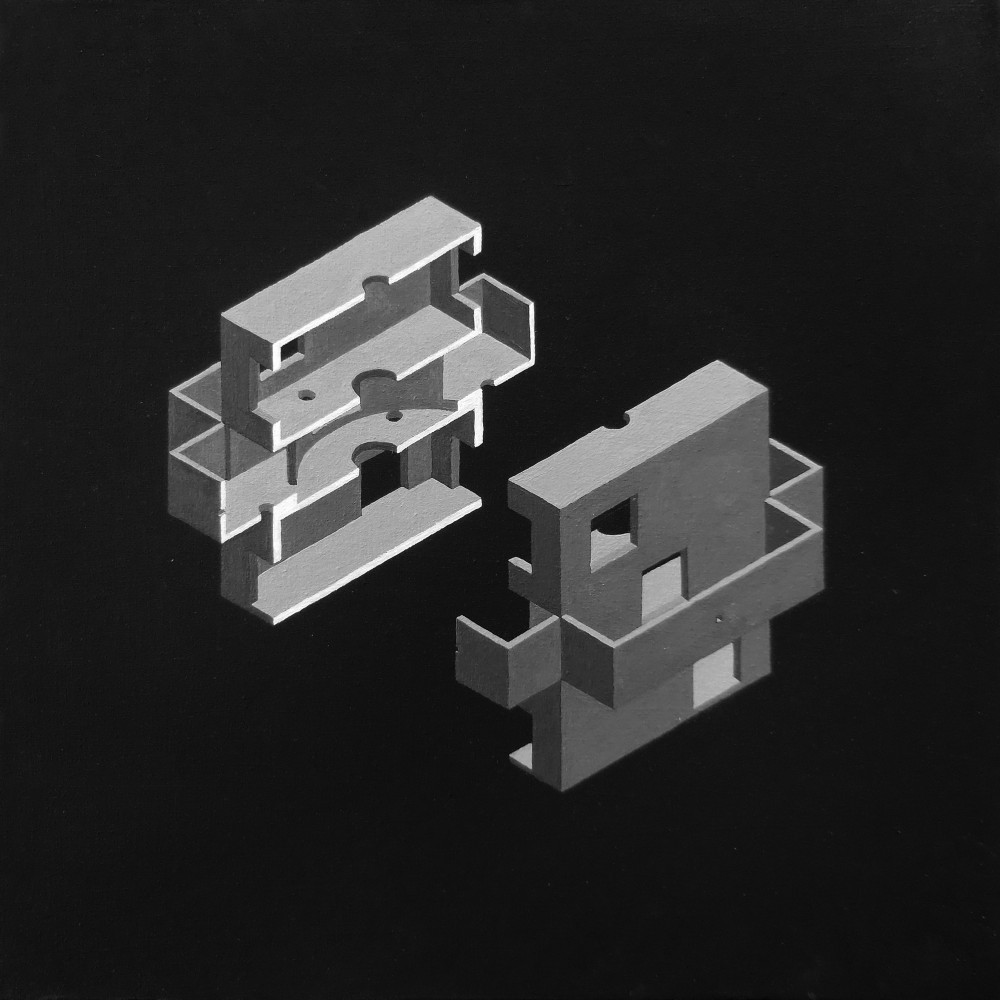 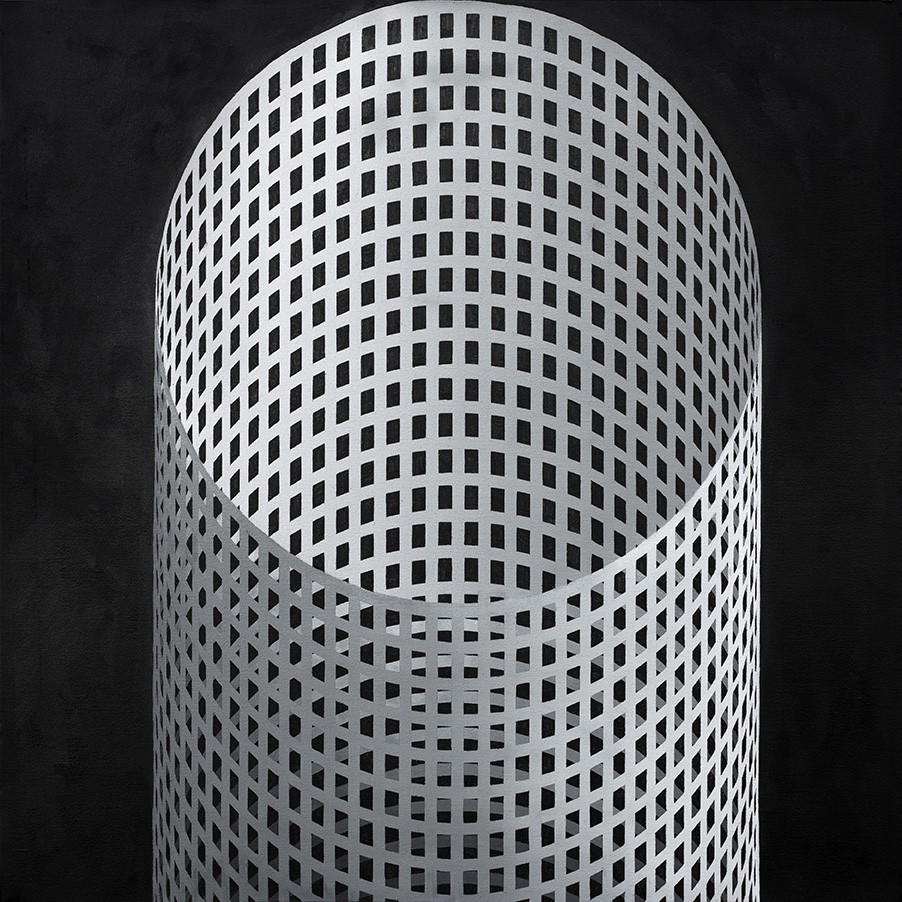 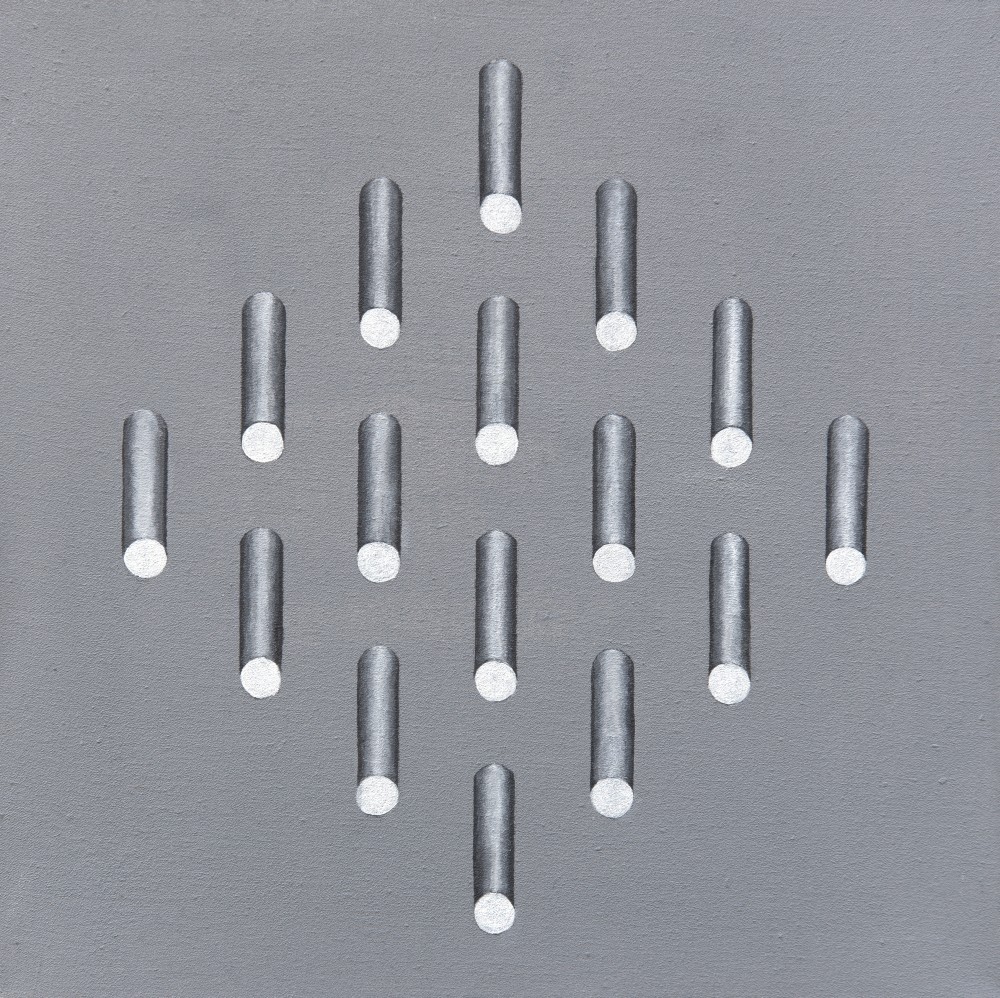 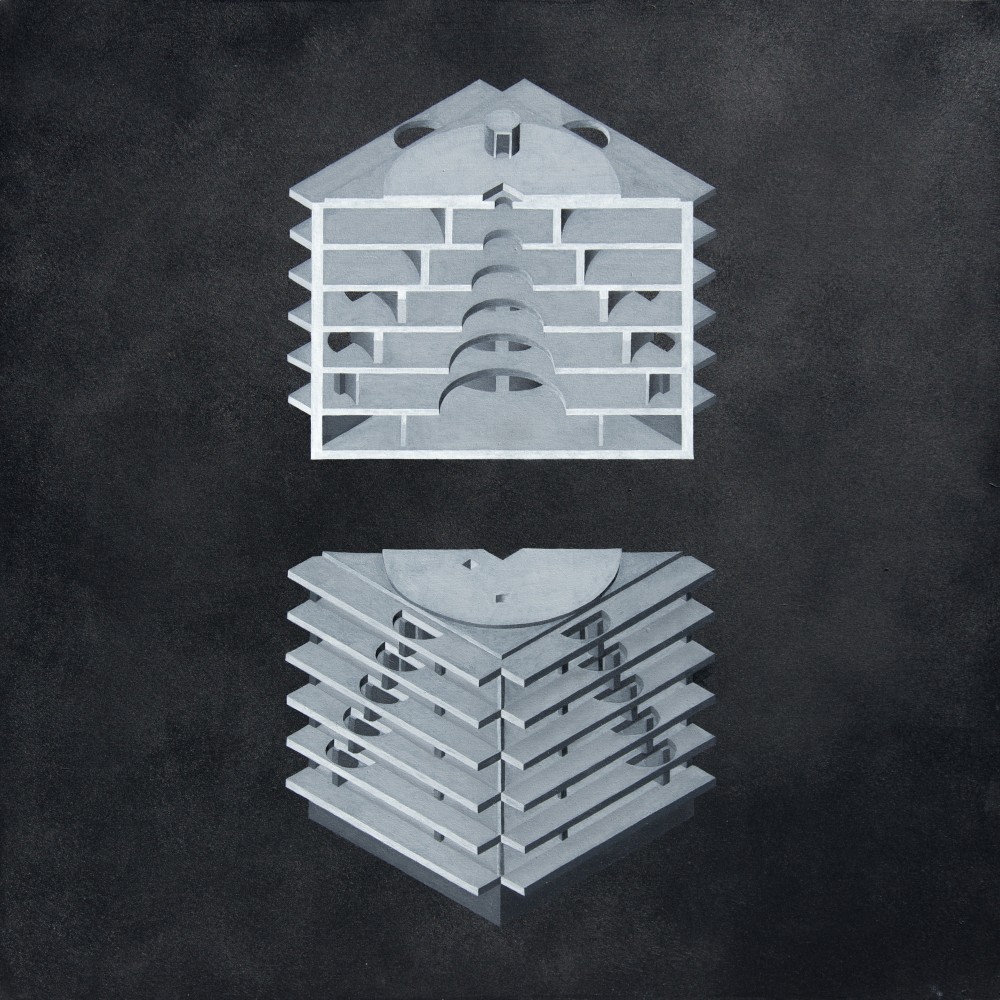 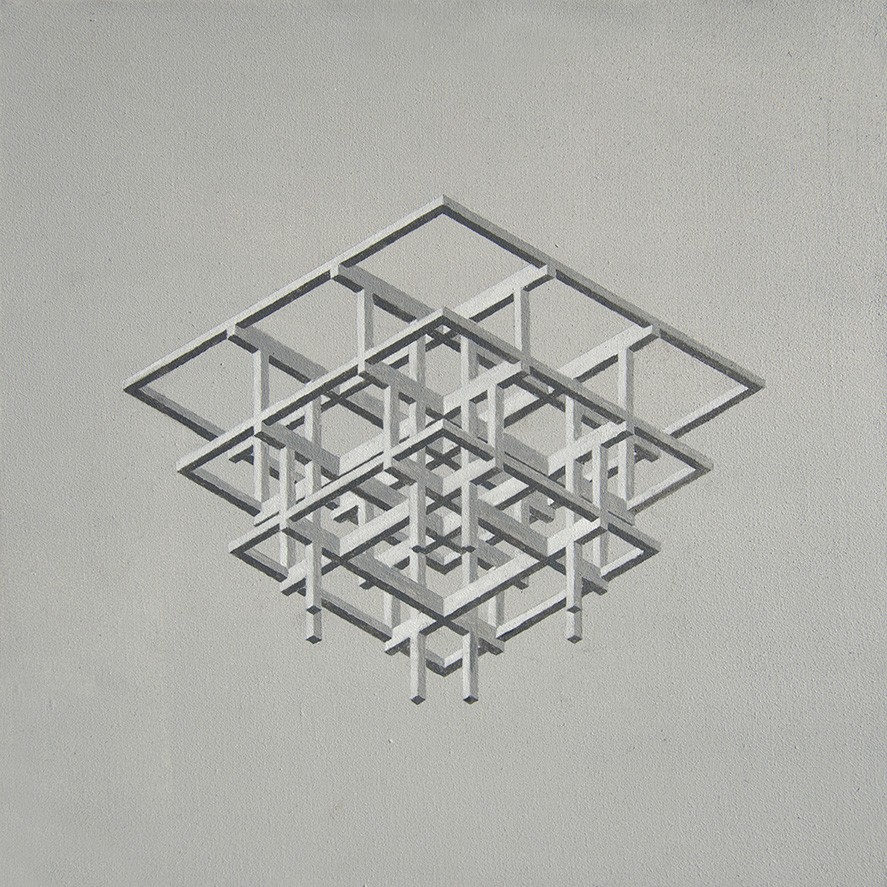 ENTIRELY OF THE MIND: The Drawings of Pezo von Ellrichs­hausen

The ­drawings and oil paintings by the Chilean architecture duo Pezo von Ellrichshausen occupy a universe all their own, one that is parallel, and in some respects antithetical, to reigning architectural codes. Given their perceptual and spatial peculiarities — a consistent appeal to flatness, odd moments of tangency, sharp contrasts of light and shadow, subtle distortions of inherited typologies, and spatial ambiguities that lead to functional and circulatory paradoxes — these images evoke purely mental constructs. They are “thought objects” that register a radically independent vision of architecture.

Deploying strategies of representation, especially axonometry, that are unmoored from realistic conventions, these works register a compelling point of intersection between spaces that are visible and those that are entirely of the mind. Conceived without reference to actual contingencies or constraints, these images show that Pezo von Ellrichshausen’s practice, in addition to being uniquely responsive to the circumstances of site, climate, and the needs of specific clients, is rooted in the hypothesis that objects that are wholly ideal can become architecture, and can define its essential parameters.

Although they stake out a terrain of representation that is theirs alone, these images have a specific genealogy that links them to modes of architectural language explored by the Neo-Rationalists in the 1970s and 80s. As in many works by Oswald Mathias Ungers, there is a predilection for modular types; as in the unsettling formal universe of Massimo Scolari, there is an emphasis on the distortion of spaces, and the flotation of quasi-objects, and a question mark placed after the question of functionality. Yet unlike in the work of both of these artist/architects, no reference is made to any city or urban environment in these emptied-out shells of ideal architectures.

Like the early 20th-century Austrian philosopher Alexius Meinong’s nonexistent objects (the theorization of which had become well-known when axonometry became a dominant convention of avant-garde representation from 1917 onwards), these images are like shells of thought, epistemic frameworks waiting to be filled by programmatic, functional, or semantic content. They are perhaps the most recent iterations of the fever dream of Rationalism, an imperfect system which has taken diverse forms in the most disparate contexts, and which despite its fondest hopes (and its most auspicious beginnings), is always fated to break apart, this gallant vessel of architectural Reason, on the cruelest rocks of the Real. And indeed, these drawings avoid these rocks as much as possible, as they float in some undefined Platonic ether before our eyes, more sharply contoured than nebulous. They conjure forth objects and typologies that are as vivid as they are unreal, even if many have verifiable links to actual built projects by the firm, such as the tangent circles of the Vara Pavilion realized for the 2016 Venice Biennale and the stacked rectilinear volumes of the Guna House in Concepción, Chile and the Solo House in Teruel, Spain.

Despite their tacit claim to a universalizing neutrality — one of the corollaries of the axonometric flattening out of dimensions — these drawings inhabit a distinctly Chilean aesthetic universe: austere, yet astonishingly varied and rich, not unlike the country’s rugged coastline near the architects’ hometown Concepción. Pezo von Ellrichshausen’s drawings figure ultimate objects of thought, crystallizing, glacier-like, the reflections of the mind upon itself. As such they are as cold and hard as they are beautiful, bordering on the paradox of attaining the sublime in miniature.

These levitating, “impossible” objects are reminiscent of many things, but nothing so much as the disquieting “irrealities” postulated by Meinong: so much so that if one had to picture such phenomena, one could point to these drawings as a fair approximation of them. Marked by a sovereign indifference to the real, and to (architectural) reality’s inevitable corollary, function, these drawings are disengaged ciphers witnessing their own unfolding in an eternal present — the only present that matters for our discipline, if we correctly understand the thought animating these haunting images.

All artworks by and courtesy Pezo von Ellrichshausen.