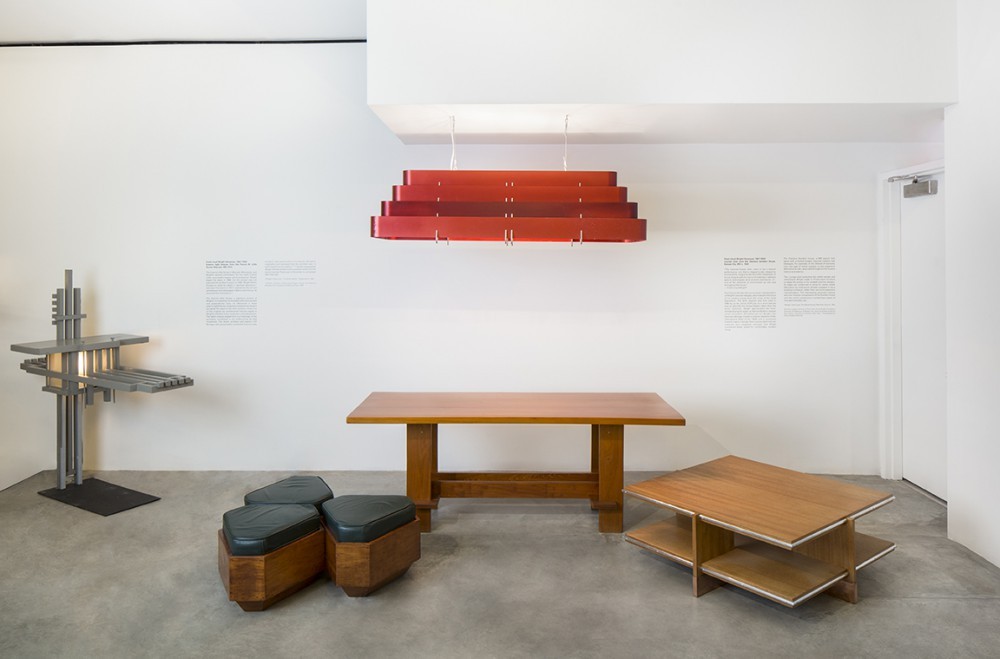 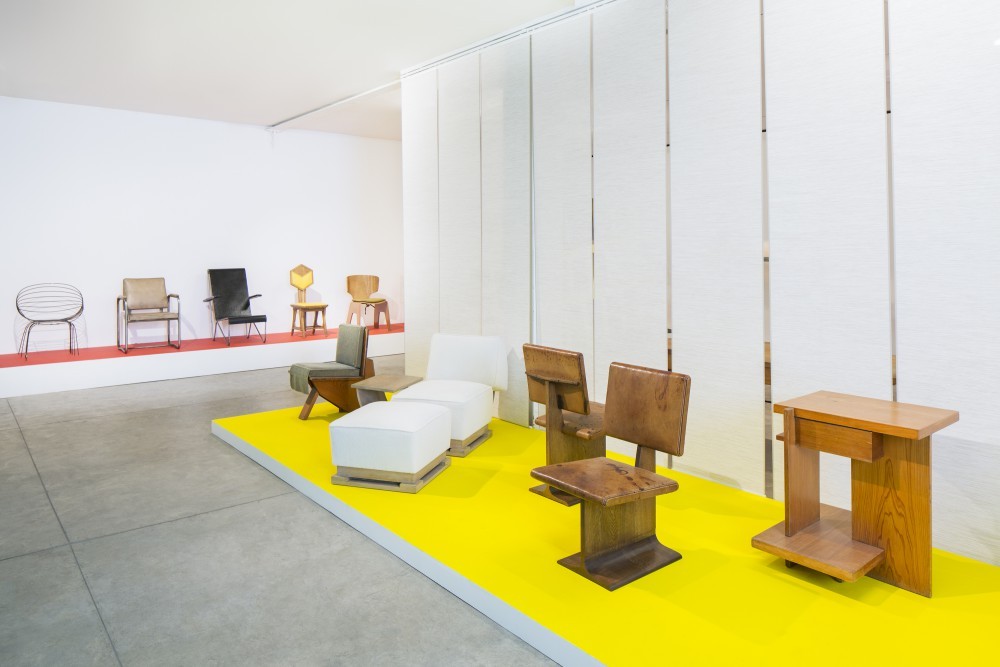 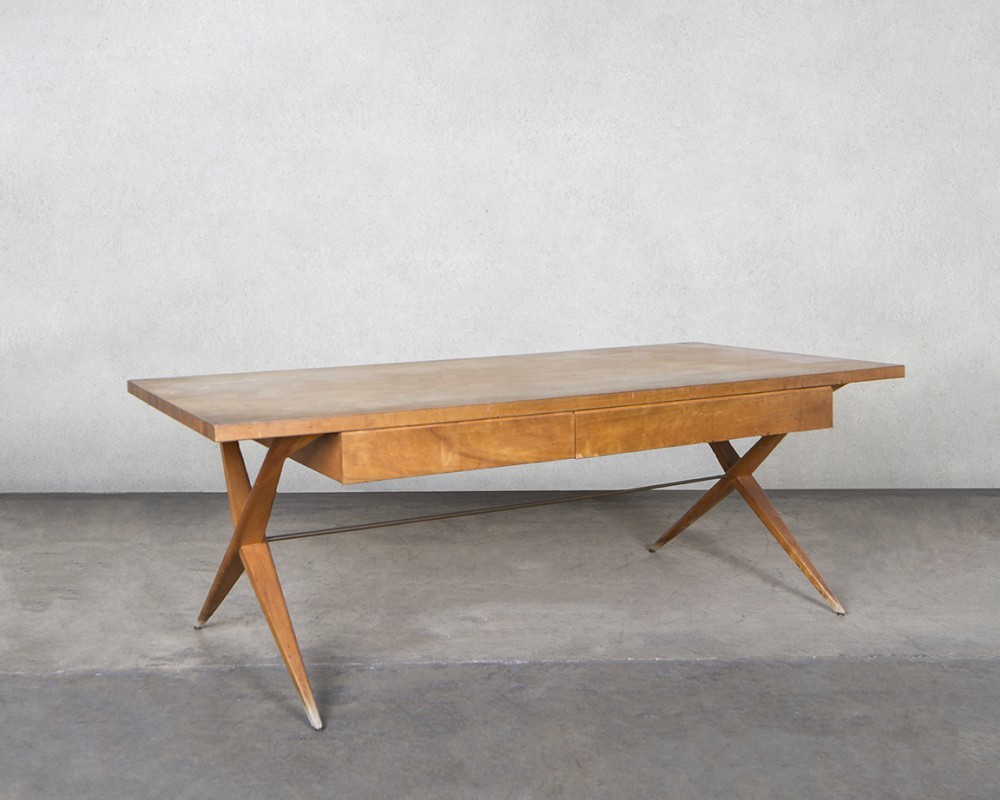 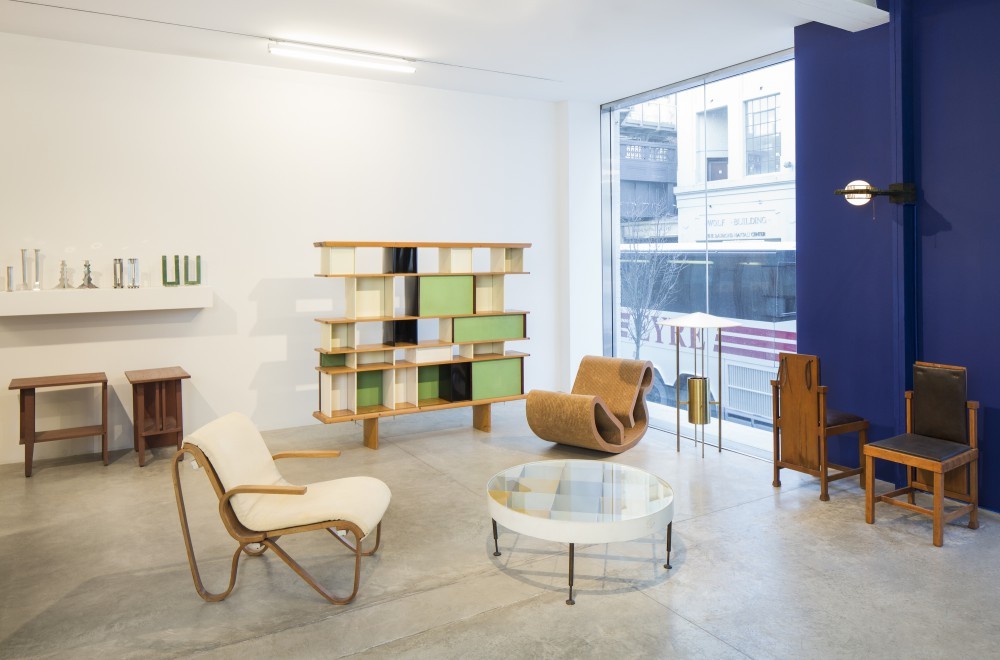 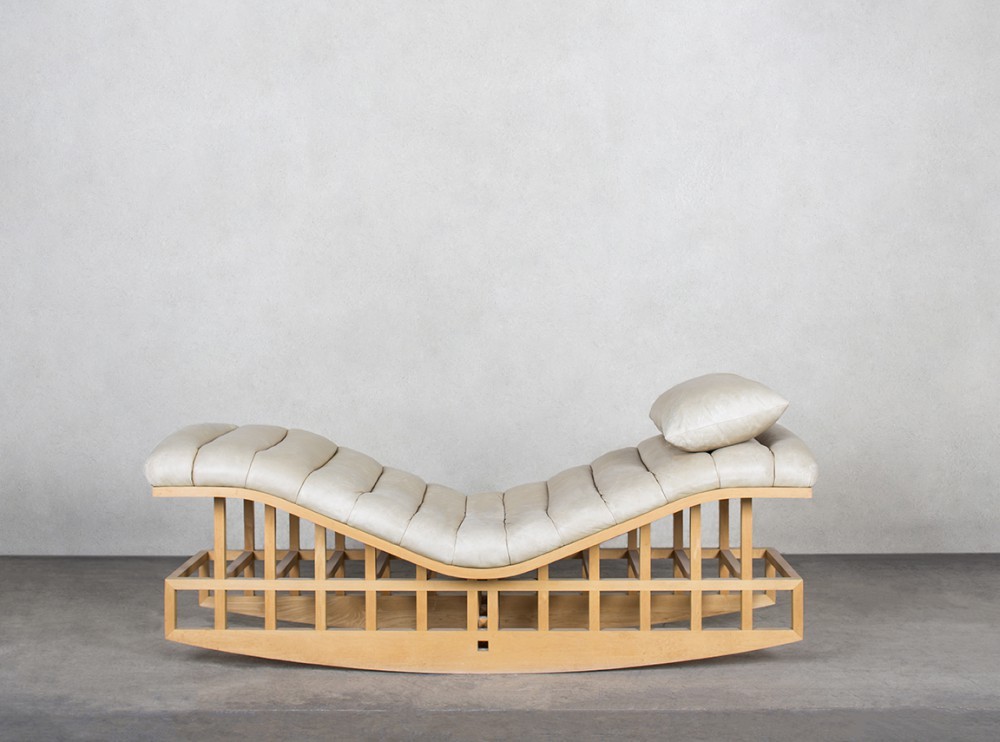 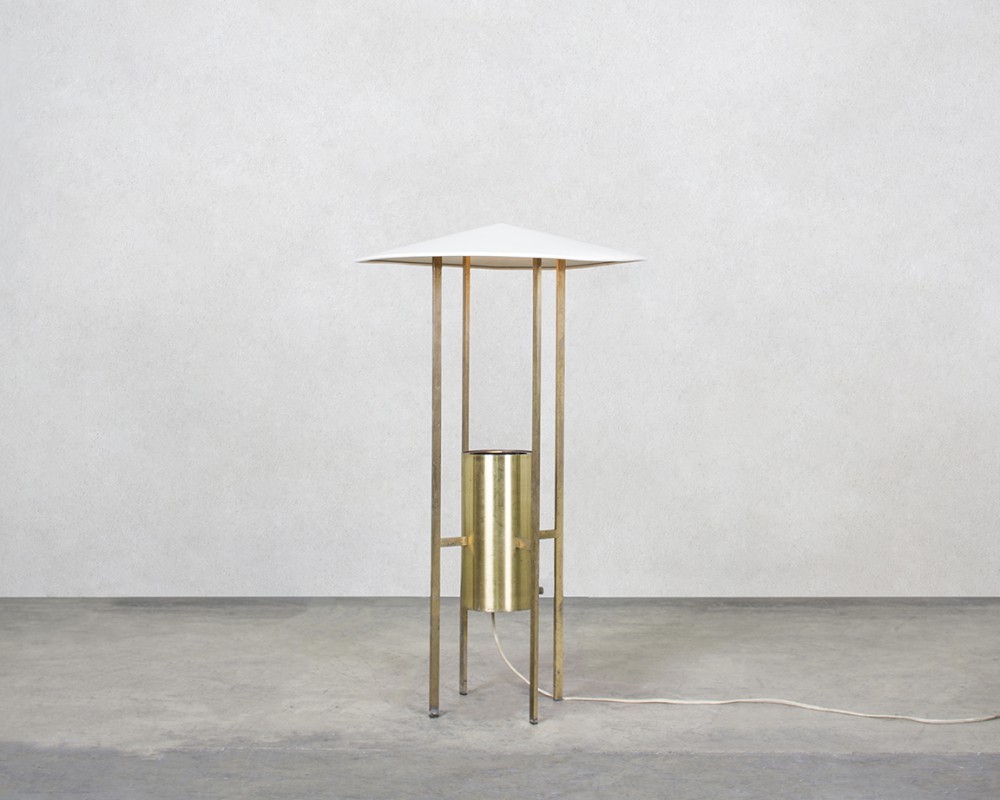 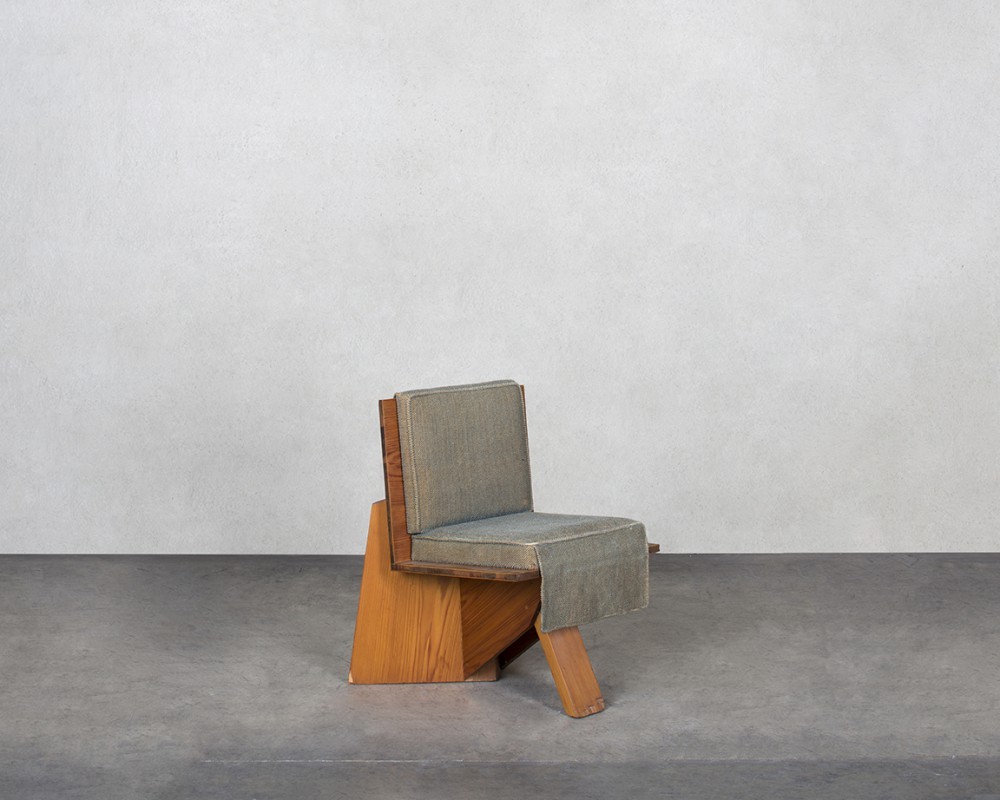 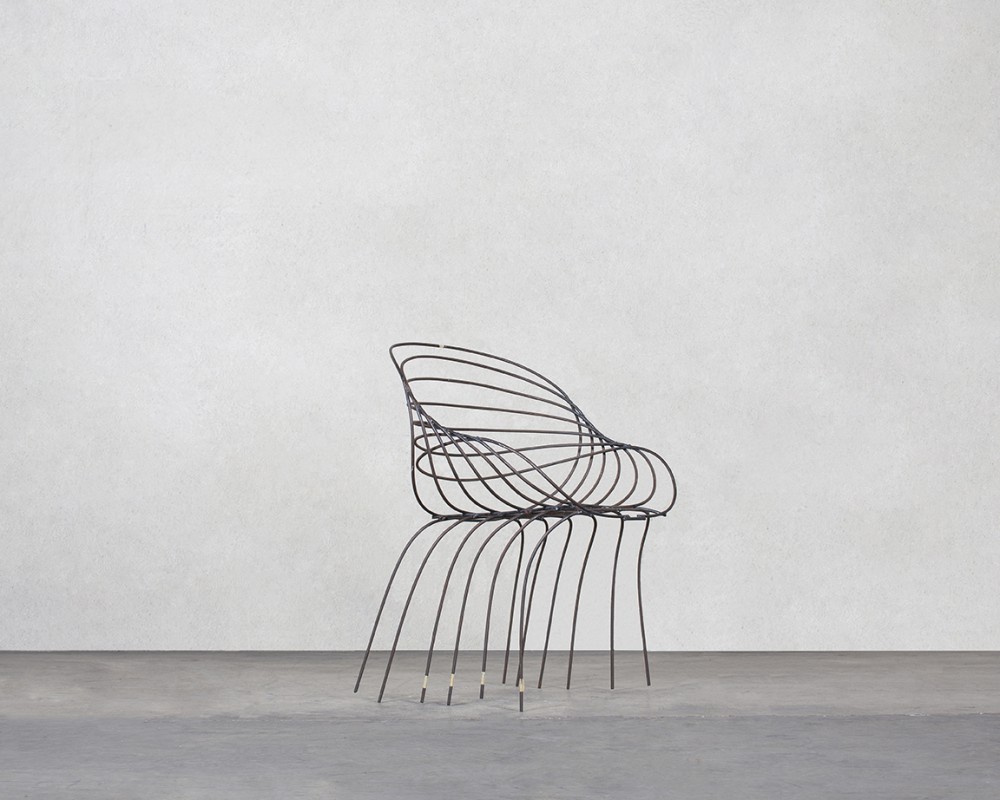 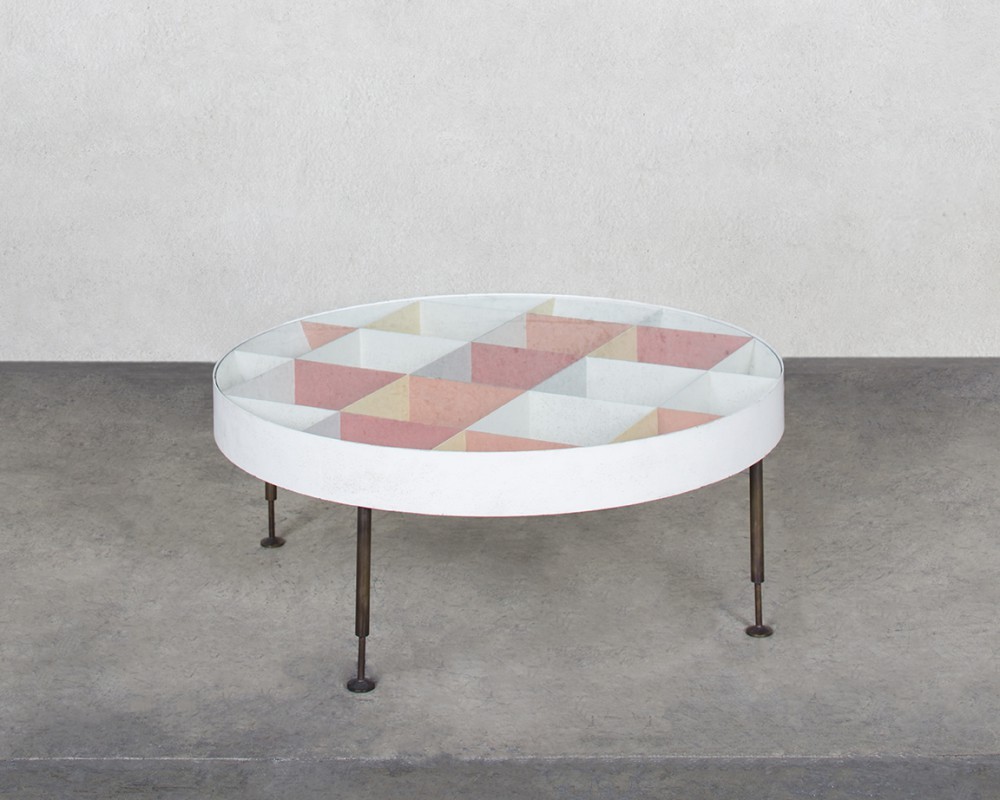 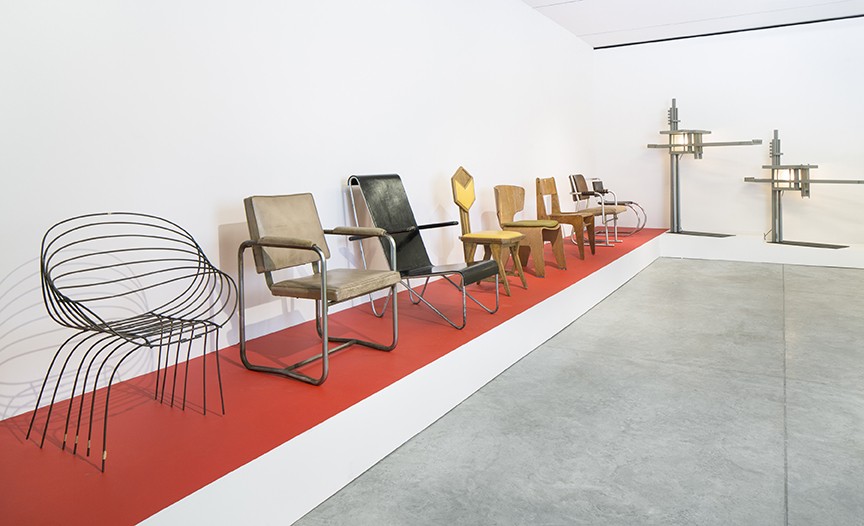 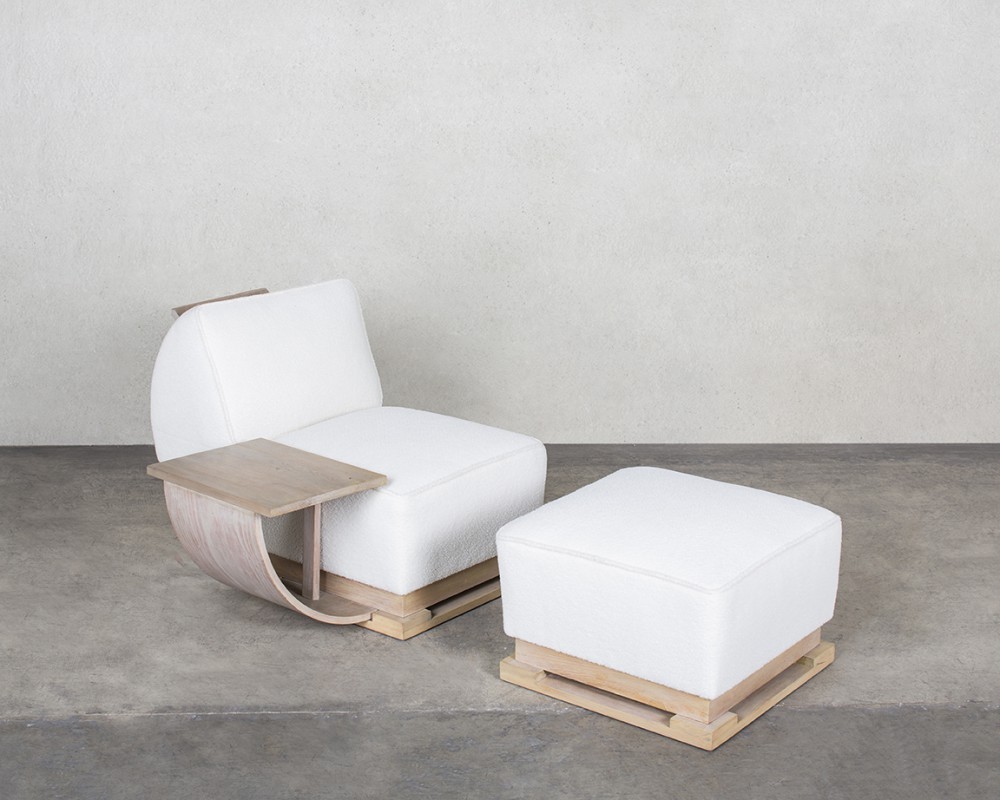 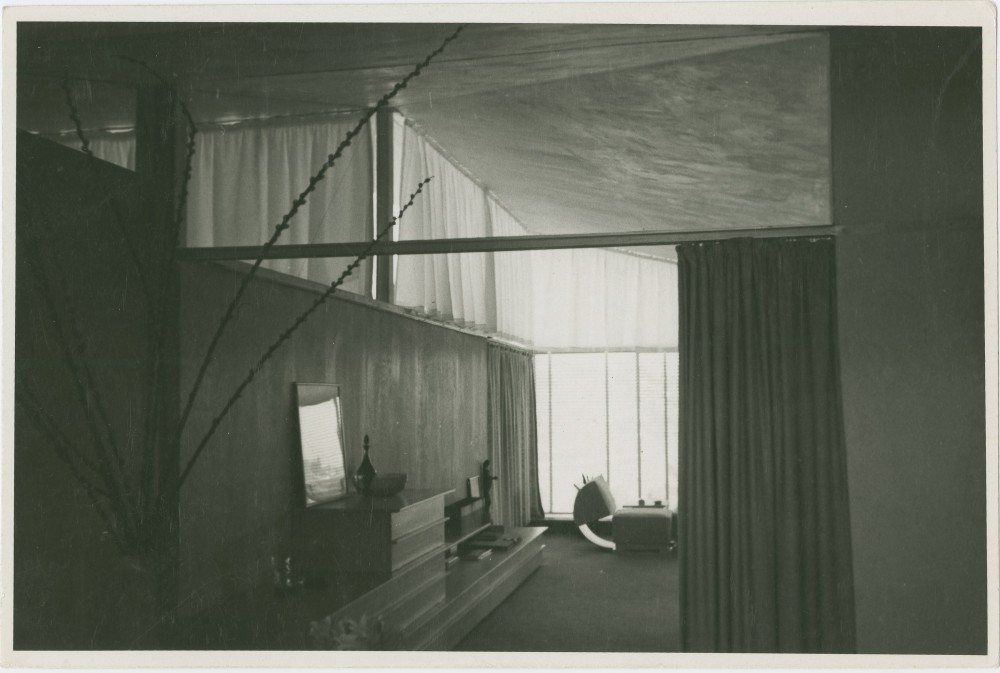 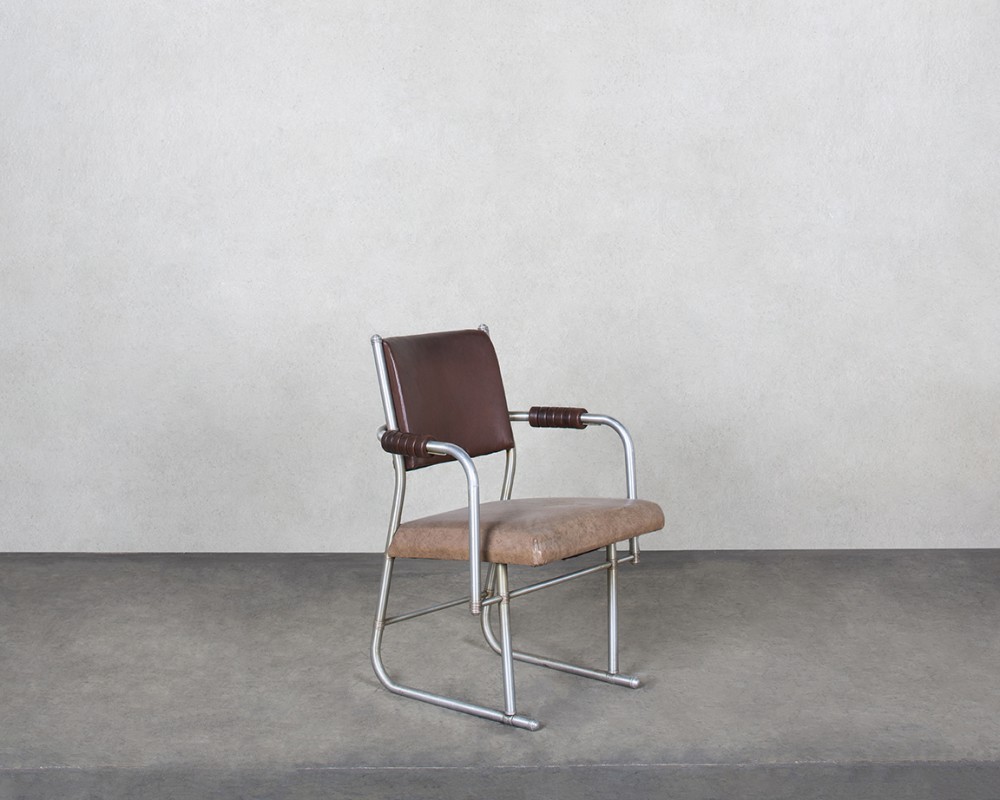 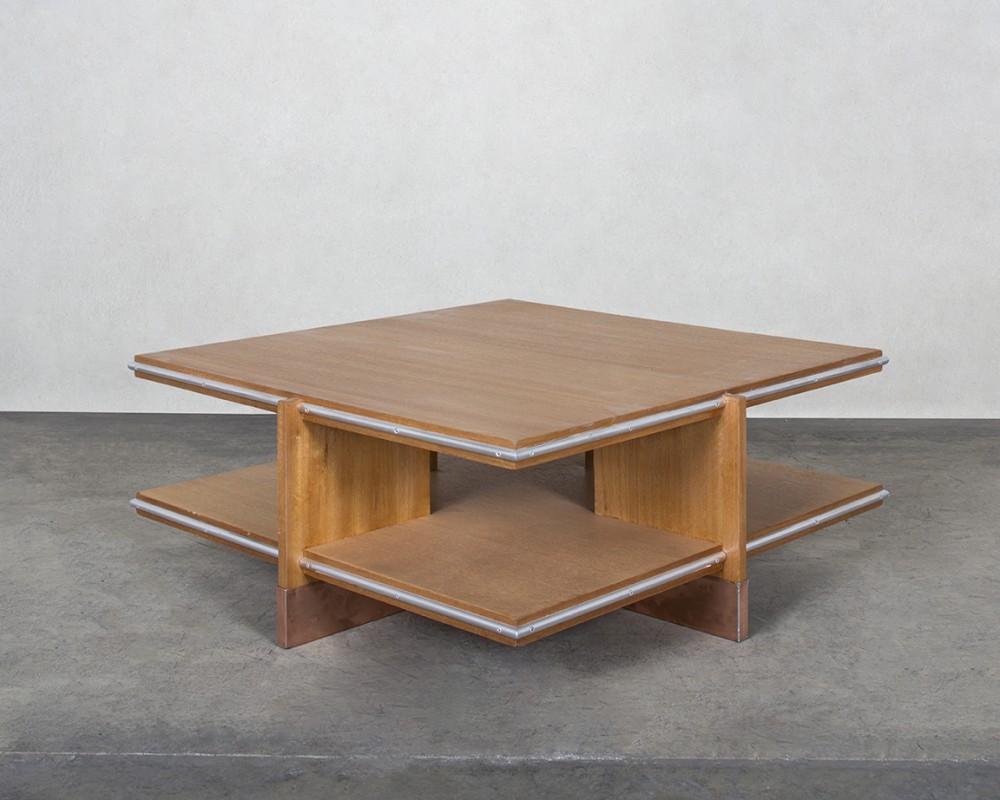 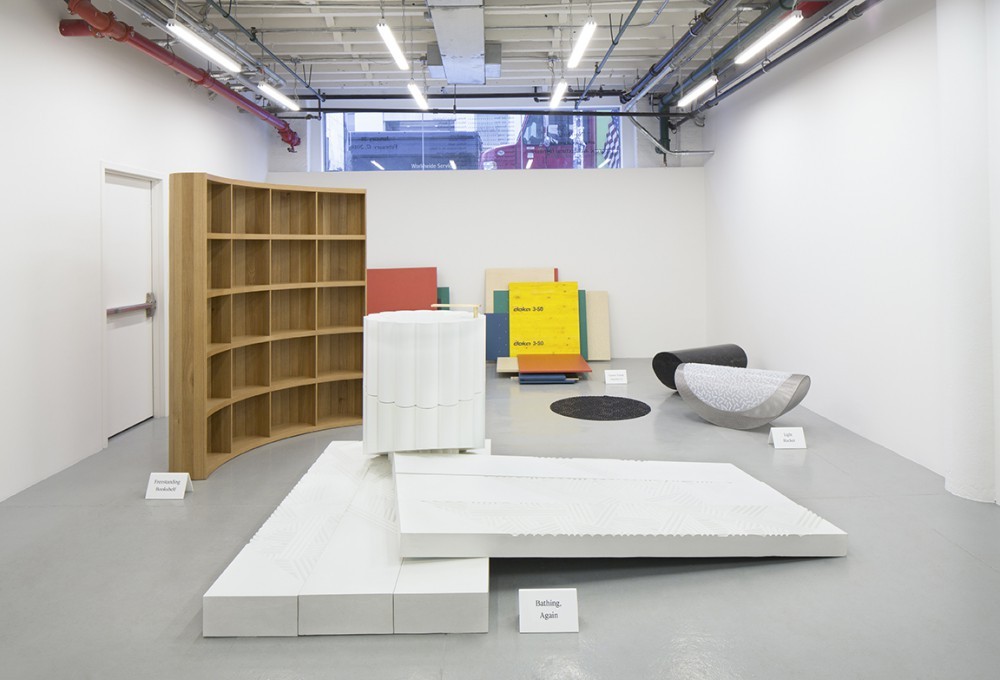 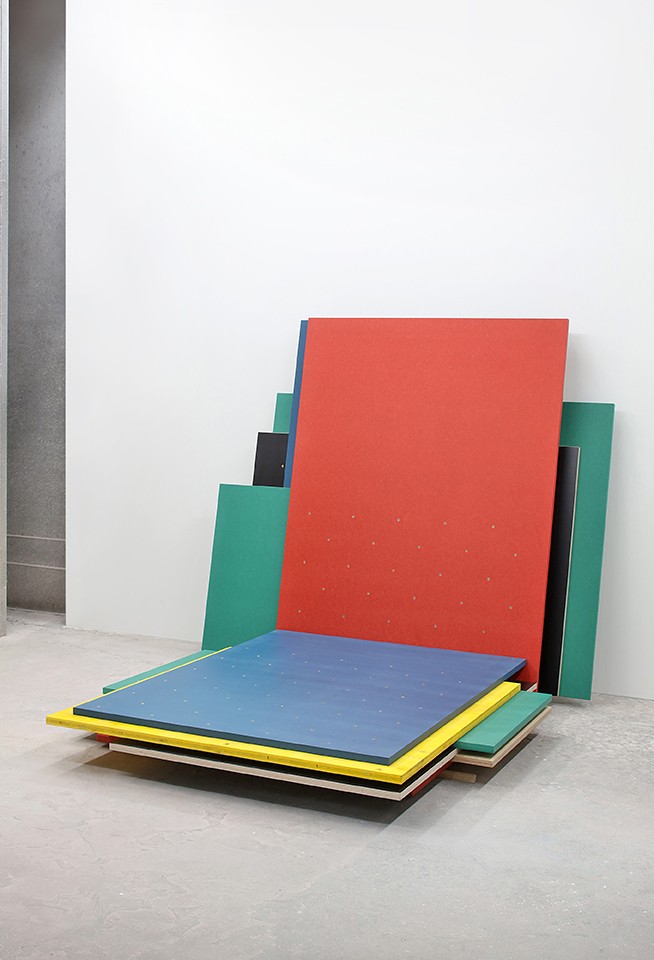 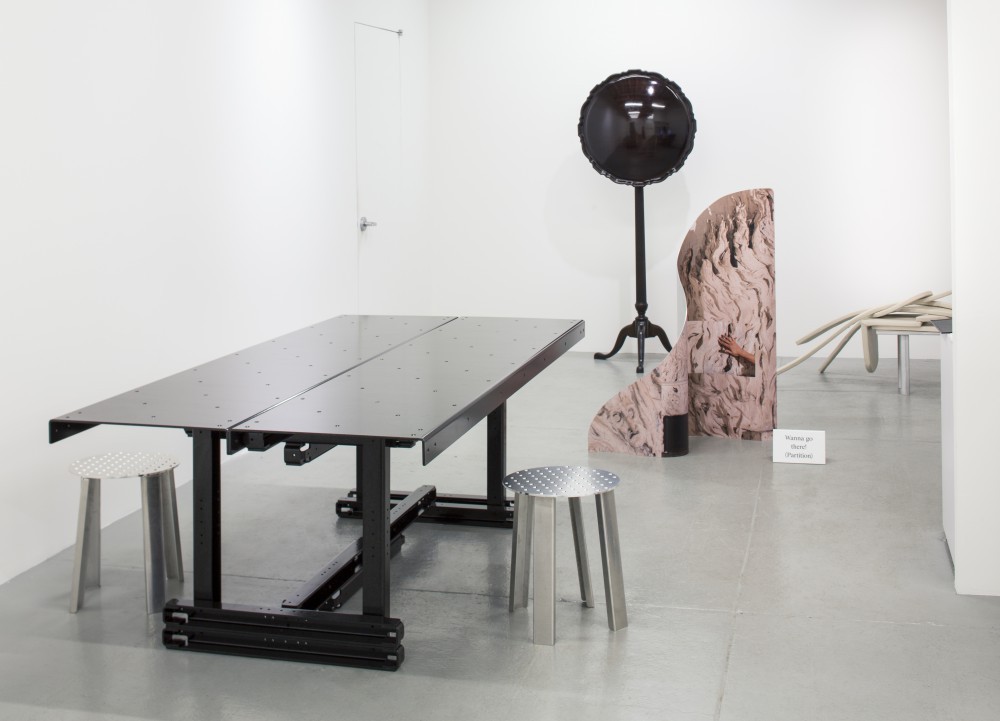 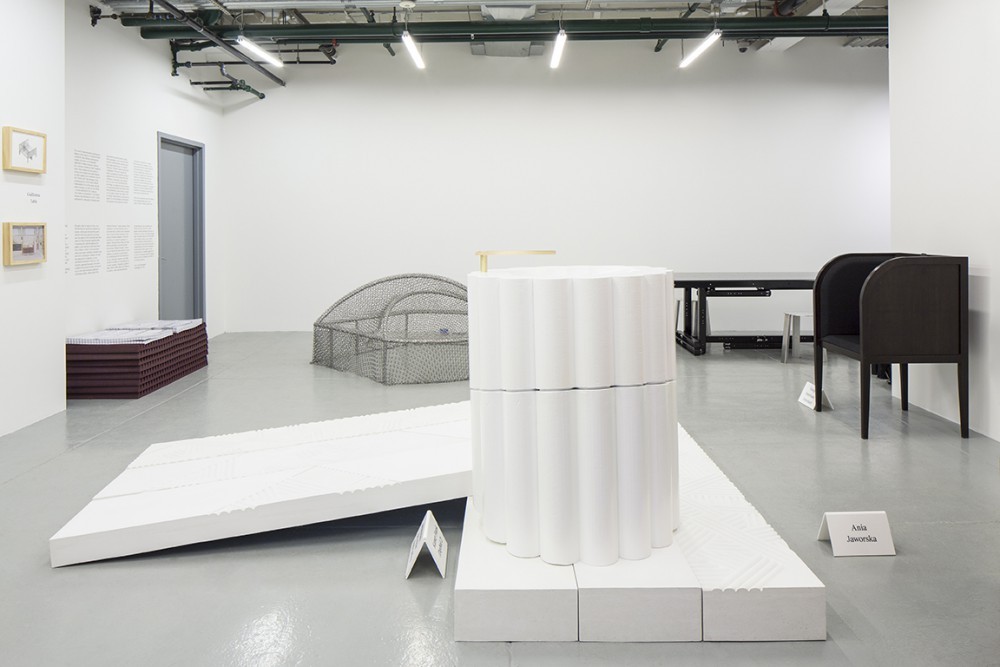 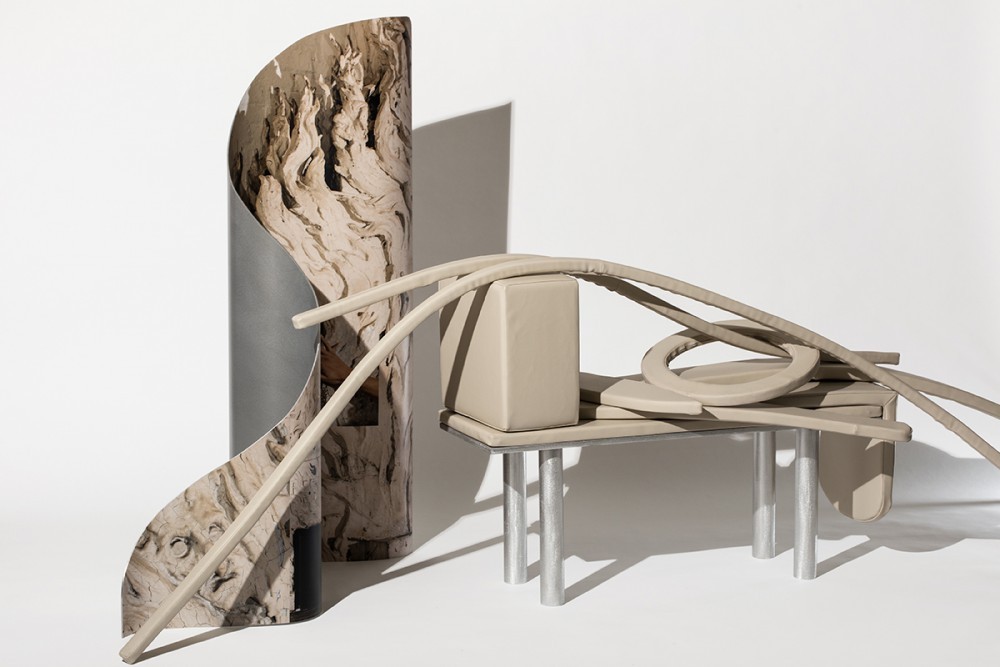 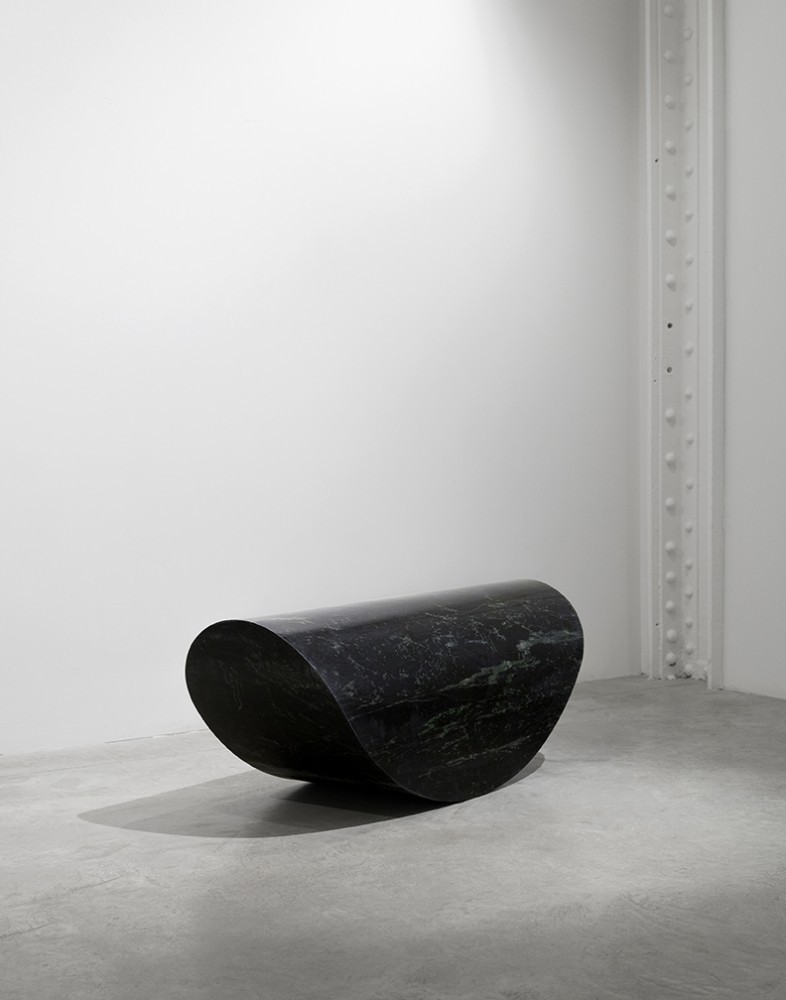 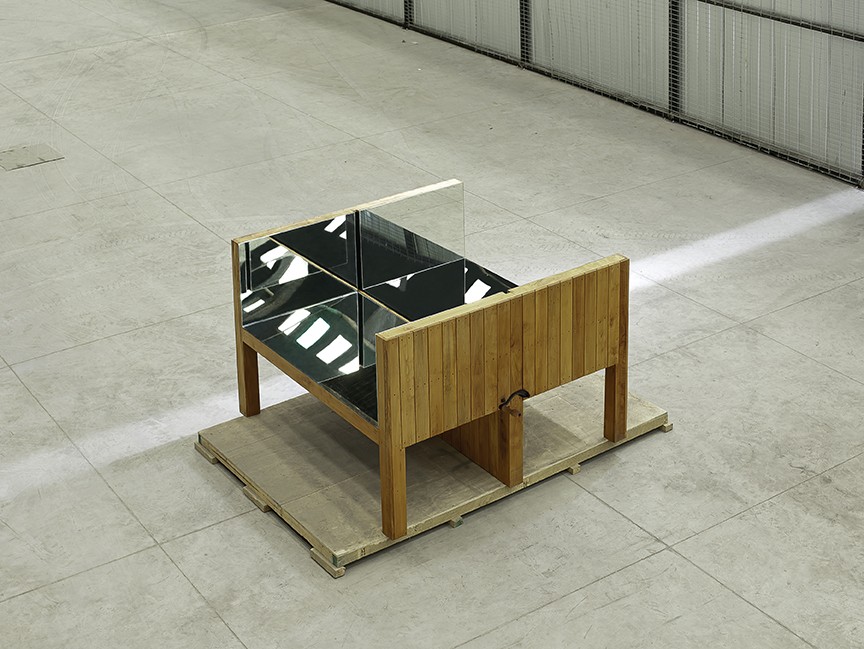 Furniture designed by architects takes center stage in two separate but intertwined exhibitions currently on view at the design gallery Friedman Benda in Chelsea. On the main floor is Inside the Walls: Architects Design, curated by Mark McDonald, the prominent dealer who has purchased and sold exalted pieces of mid-century modern design for almost 40 years. (Having opened the storied Fifty/50 in New York in 1983, he is said to be largely responsible for igniting interest in the period.) For Friedman Benda, McDonald puts his thorough historical expertise on full display, selecting over 40 pre- and post-war examples — from Alvar Aalto and Frank Lloyd Wright to Kenzo Tange and Lina Bo Bardi — that demonstrate the rich and long history of architects creating furniture. Material and technological experiments were often crucial to postwar architects and designers, whose contributions to the canon of design often coincided with major shifts in manufacturing methods and new materials, commonly as results from military or industrial research. Take, for example, Charles Eames and Eero Saarinen’s triangular shaped coffee table (1940) of three-dimensionally bent plywood made possible by innovations in wood veneer and new adhesives. Another example is Rudolph Schindler’s Van Patten Unit chair and ottoman (1936), designed for a Los Angeles residence — an exploration into the efficiencies of modular furniture production before they were fully feasible. Other works speak to the cohesion sought between architecture and design, between exterior and interior. For example, the rectilinear cantilevered lighting fixtures Frank Lloyd Wright designed in 1914 for his Francis W. Little House in Minnesota epitomize the architect’s “organic” approach to designing at all scales, considering all aspects from a building down to its furnishings.

On Friedman Benda’s lower (and more experimental) level you will find No-Thing, a smattering of limited editions by nine contemporary architecture studios including Andy and Dave, Ania Jaworska, architecten de vylder vinck taillieu, Leong Leong, MILLIØNS, MOS, Norman Kelley, SO–IL, and Pezo von Ellrichshausen. Organized by the young curator Juan Mosqueda, owner of the multi-pronged design platform Chamber, the architects were invited to embrace the potential of ambiguity and uncertainty in furniture. A seemingly random heap of painted plywood slats becomes a daybed in the hands of Belgian architects de vylder vinck taillieu; a tangle of tubular steel forms a low-lying lounge (designed by Brooklyn-based SO–IL) and suggests an open-ended freedom to interact with it as you please. Chicago’s Norman Kelley offers up two designs as portmanteau: an amalgam of rolltop desk and armchair, and a table also becomes the mirror.

As an exhibition, No-Thing pursues design meant to elevate the experience of the users by not ascribing strict ideas about function onto them, leaving them more open-ended, even if some of the works fall short and simply fetishize the enclosures. Though Mosqueda sees the objects in his show as direct repudiations of the Modernist creed “form follows function,” No-Thing’s contemporary commissions have strong connections to what’s on view upstairs in McDonald’s show: alternative models for dwelling on earth. Although the contexts vary wildly, the Modernist masters sought to radically reshape society away from the cost prohibitive one-off handcrafts of that era, just as Post-Modernists embraced the chair as a communicative vessel for critique and irony. No-Thing dwells largely in the realm between art and functional objects, putting forward important questions, but largely leaving the answers for the viewers to figure out.

Inside the Walls and No-Thing will be on view at Friedman Benda until February 17 and April 14, 2018 respectively.