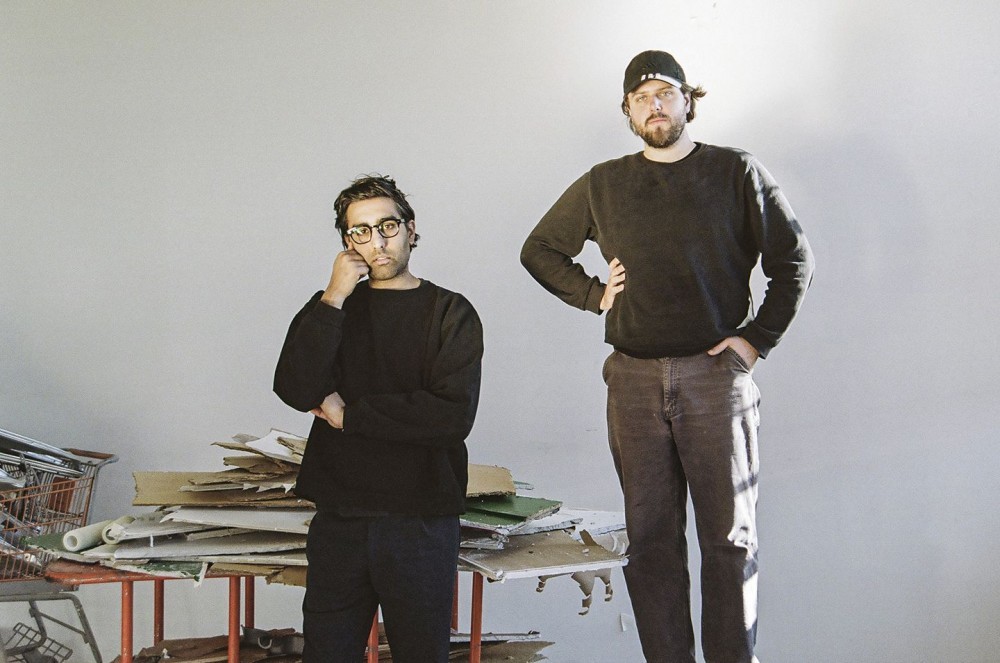 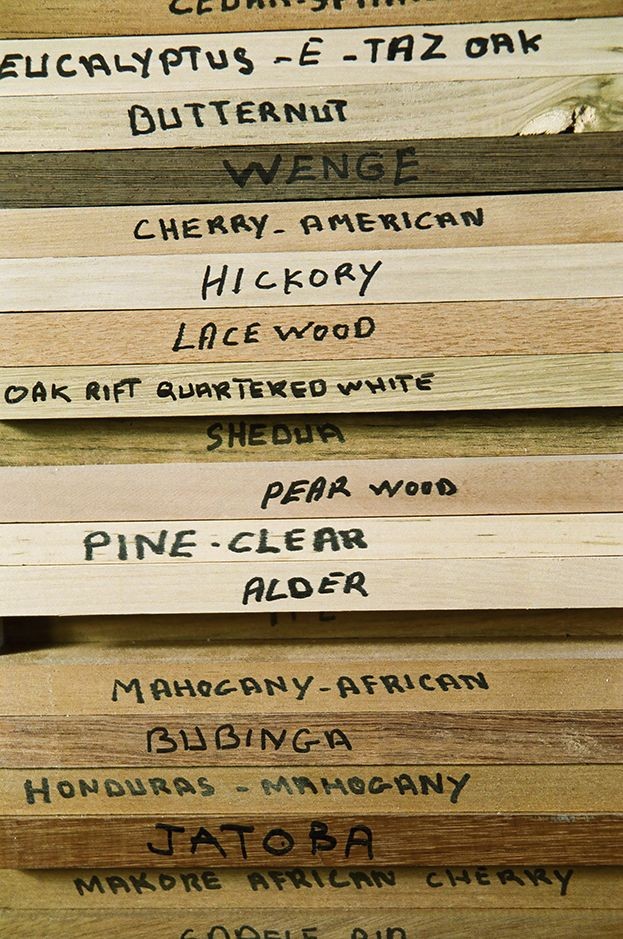 Detail view of a stack of over 50 wood samples from around the world in Green River Project’s Brooklyn studio. Photography by Sean Santiago for PIN–UP. 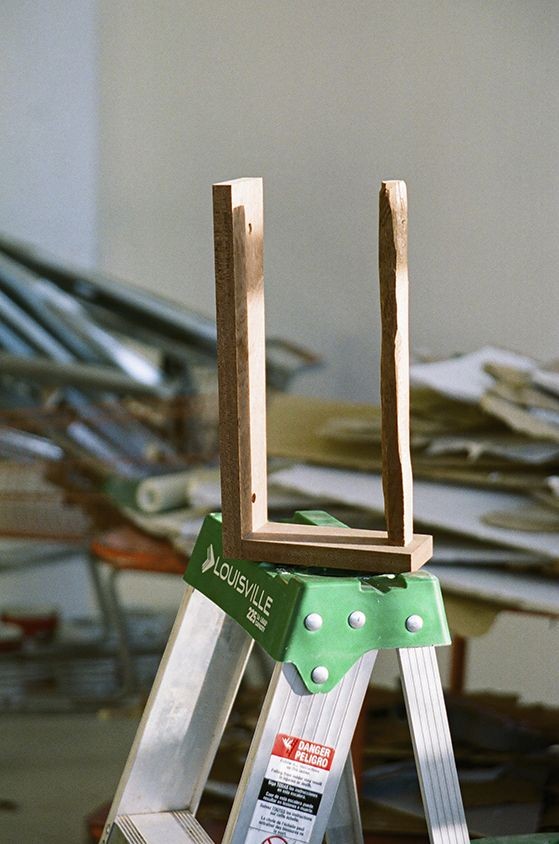 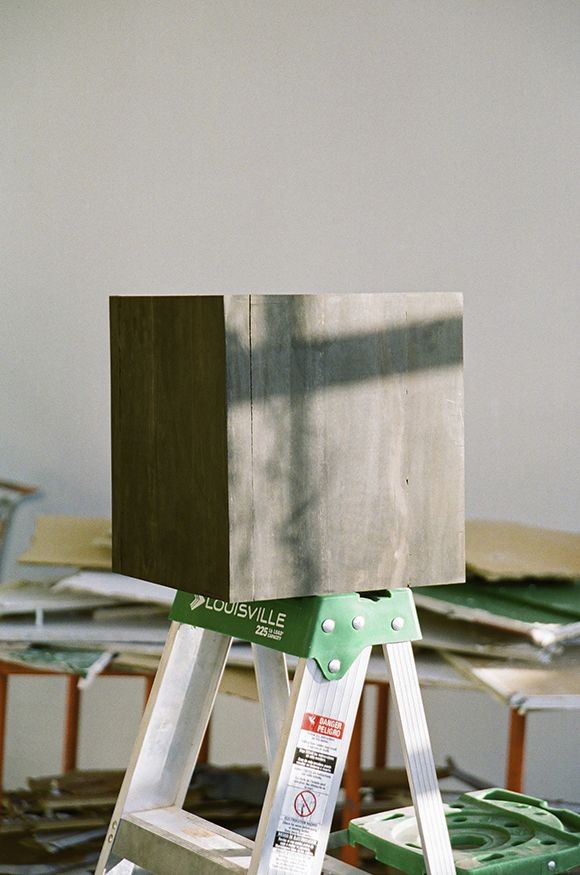 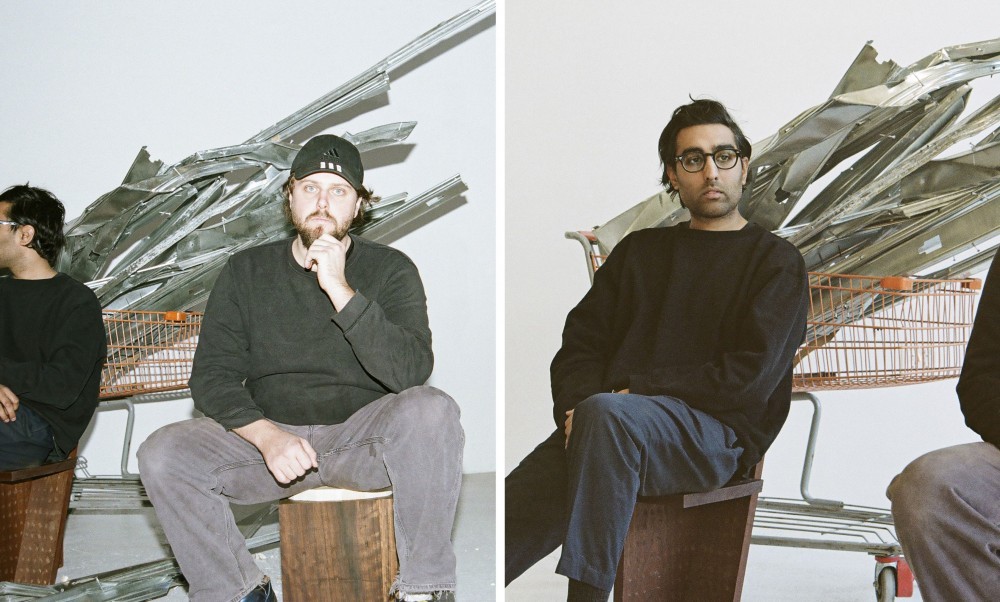 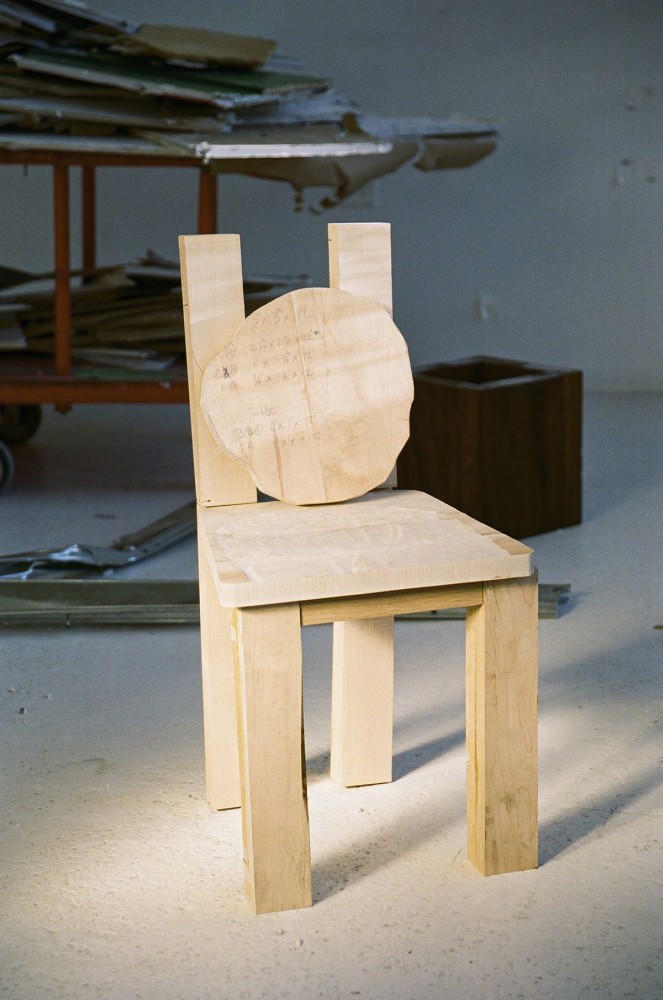 This chair is a prototype from the Spencertown collection, named after the town of Ellsworth Kelly’s estate. Photography by Sean Santiago for PIN–UP. 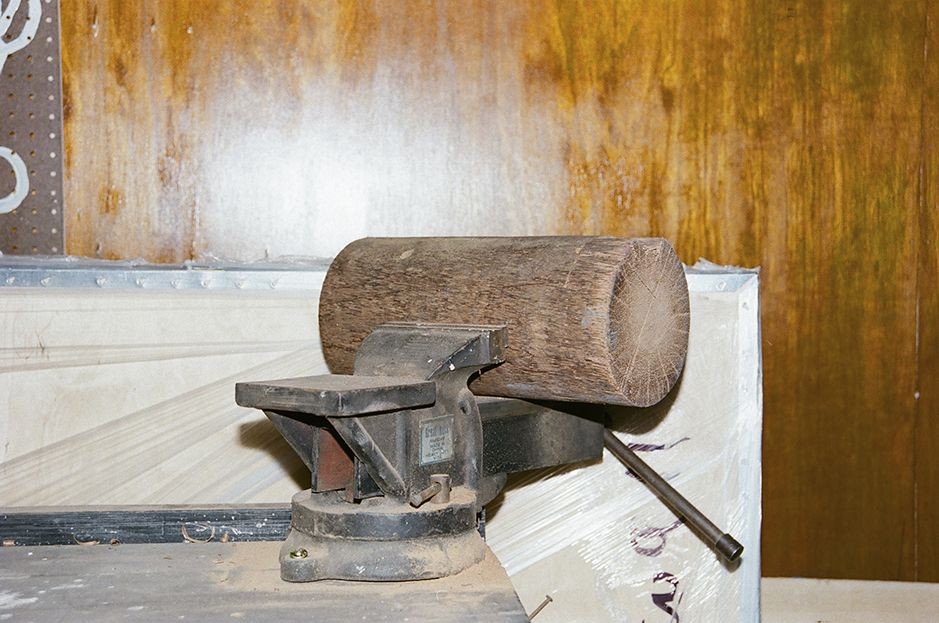 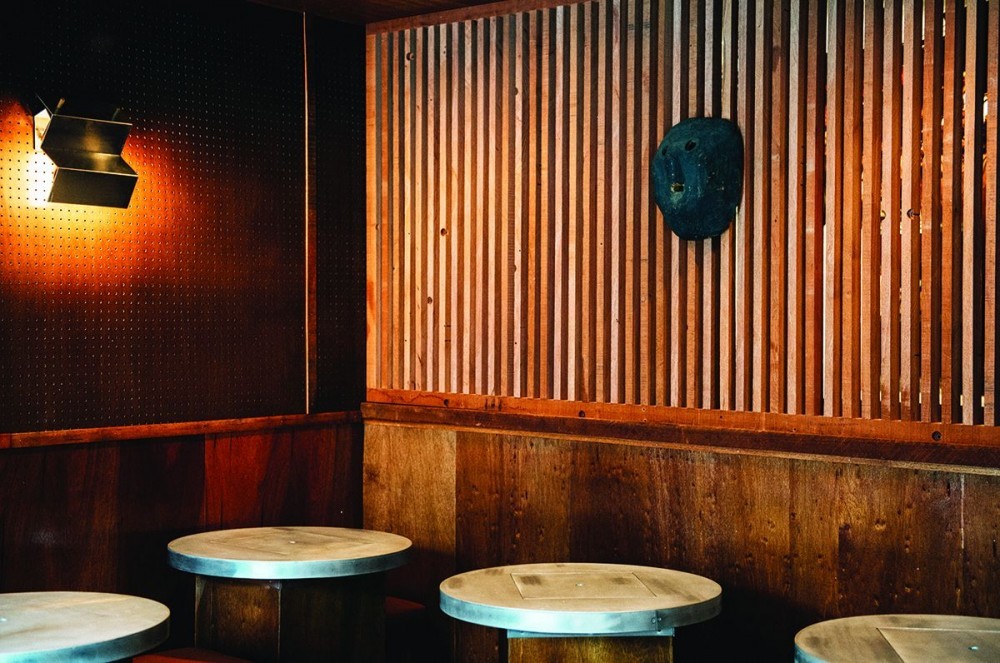 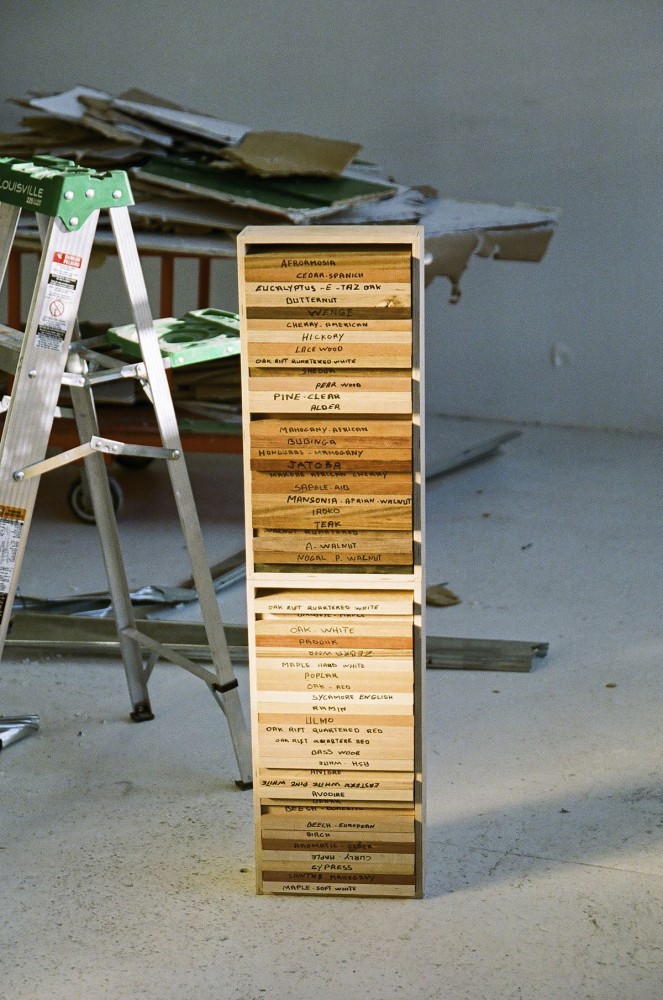 A stack of over 50 wood samples from around the world in Green River Project’s Brooklyn studio. Photography by Sean Santiago for PIN–UP. 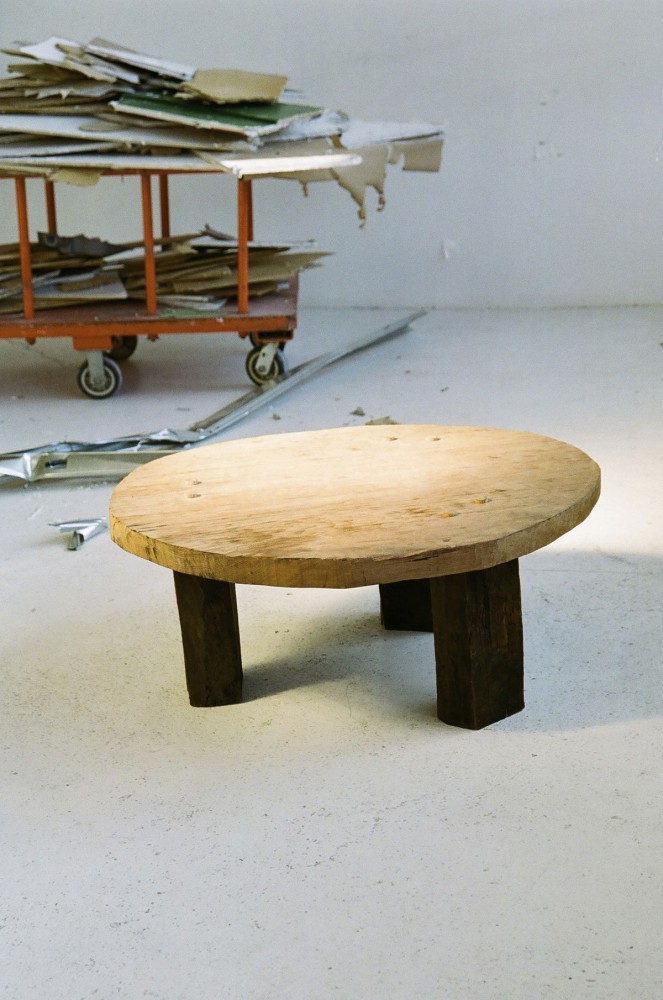 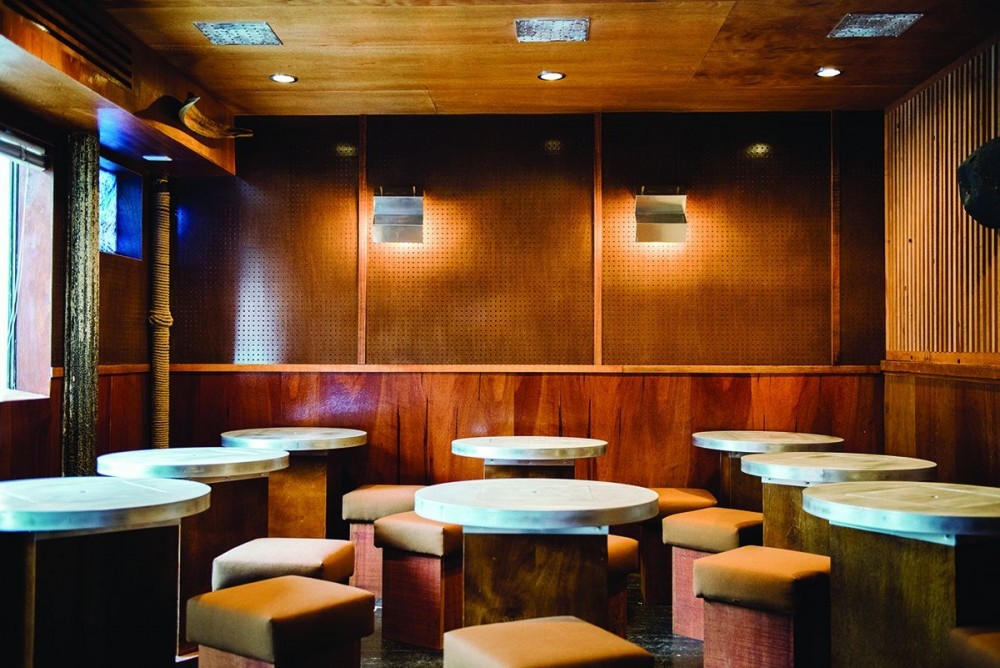 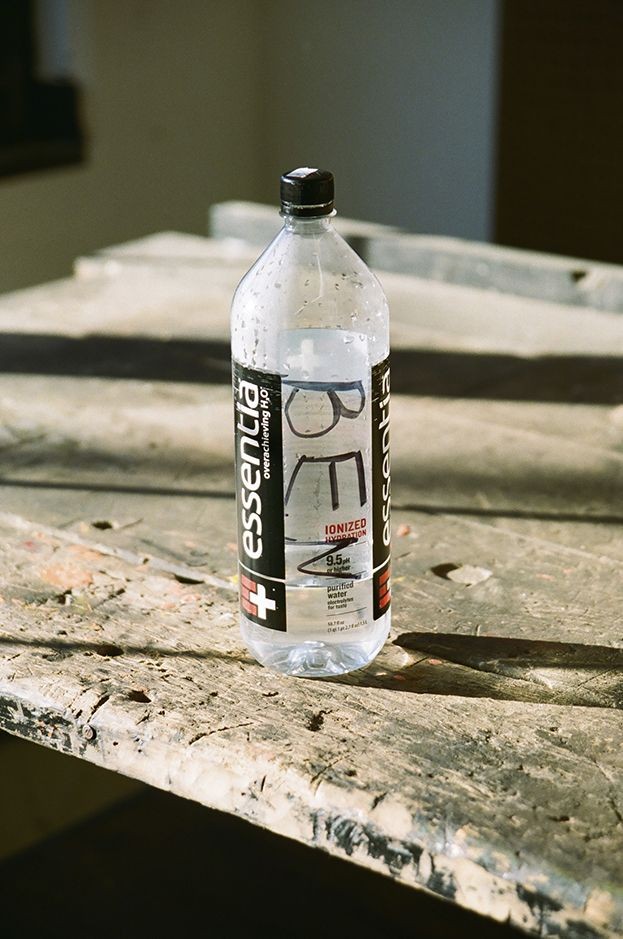 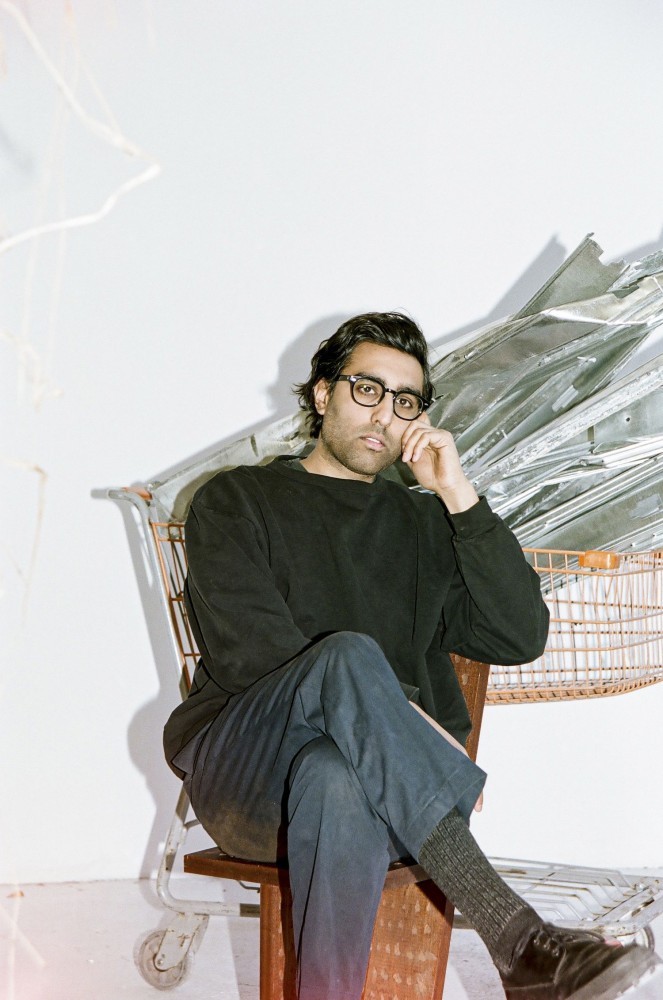 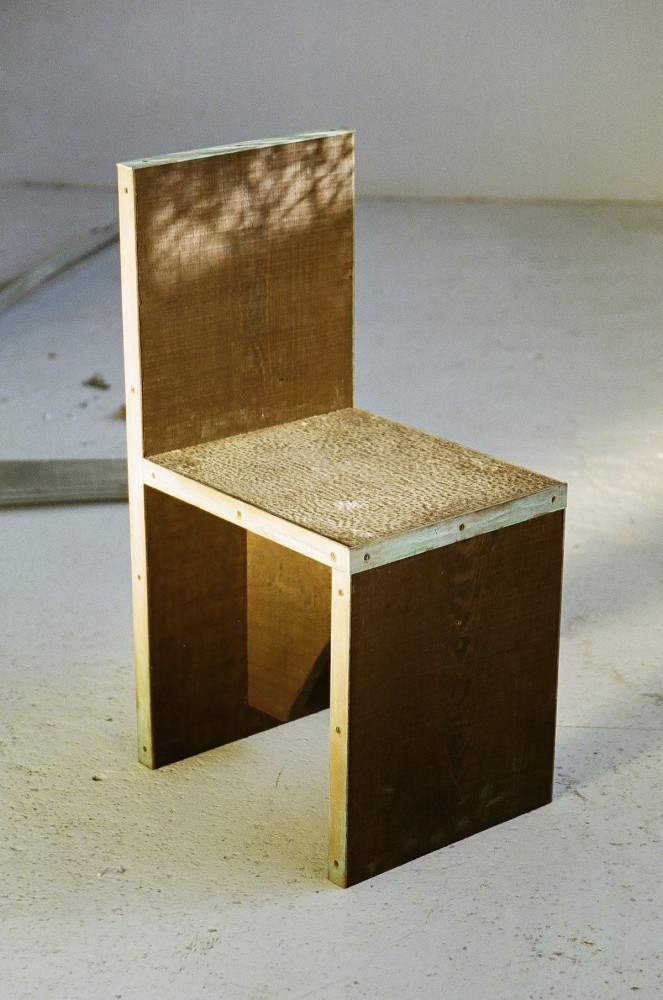 A wenge wood chair with patinated brass edges from 2019. Photography by Sean Santiago for PIN–UP. 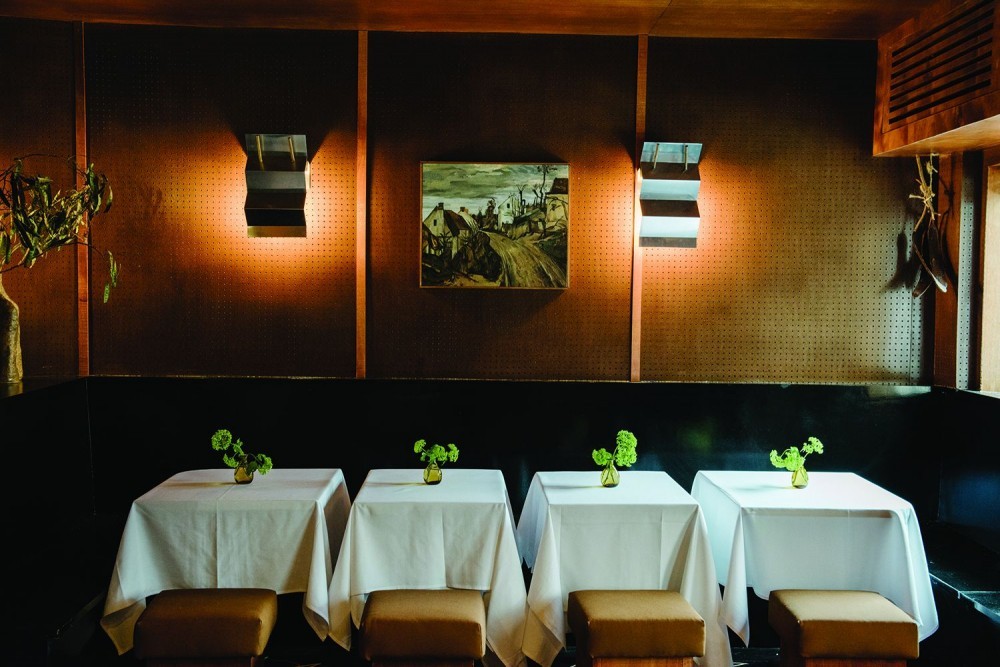 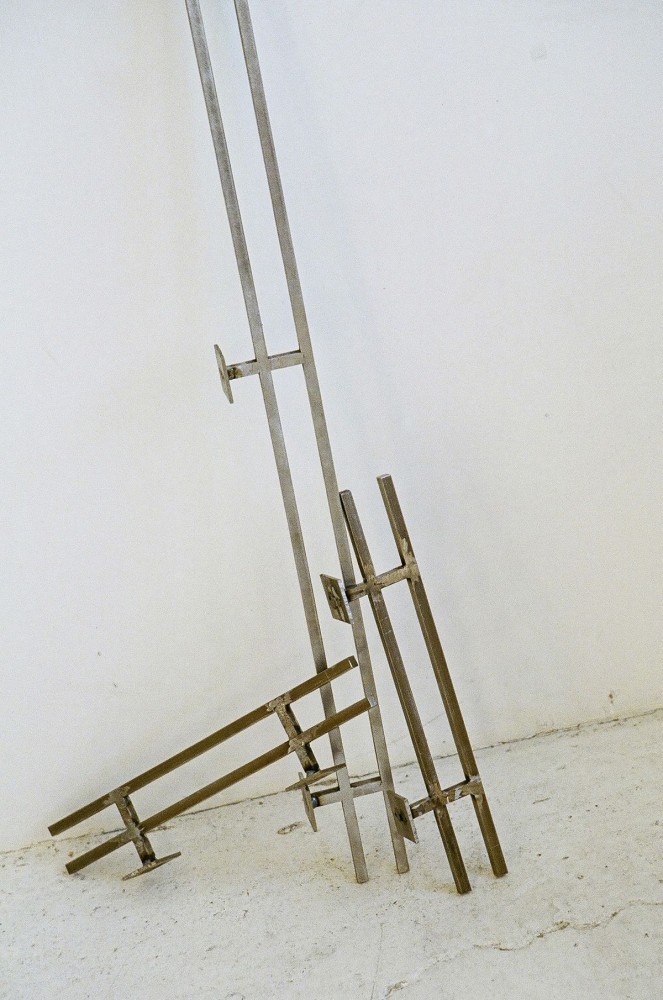 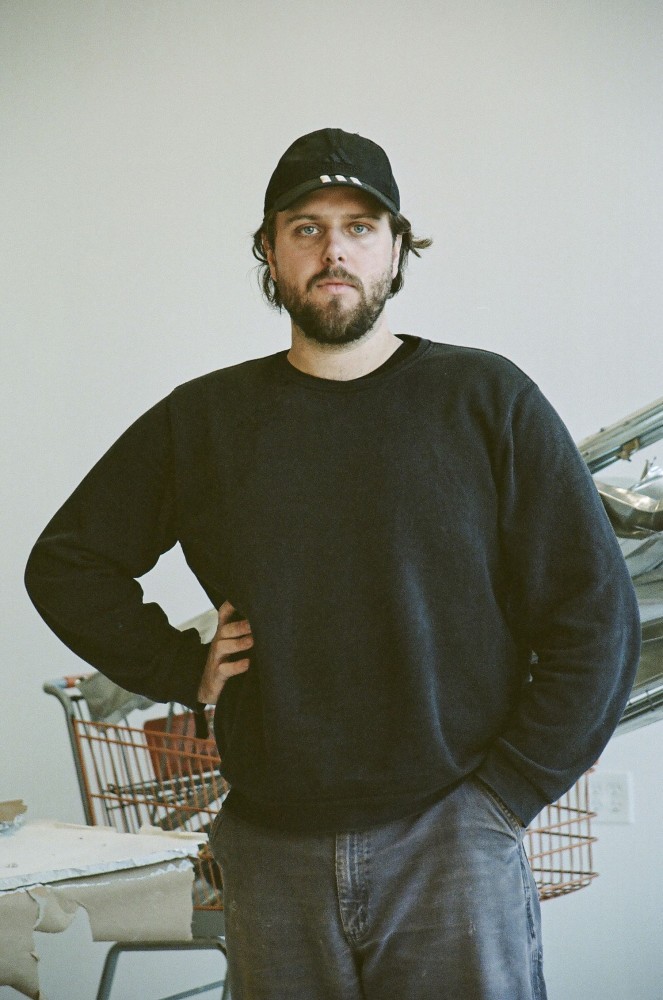 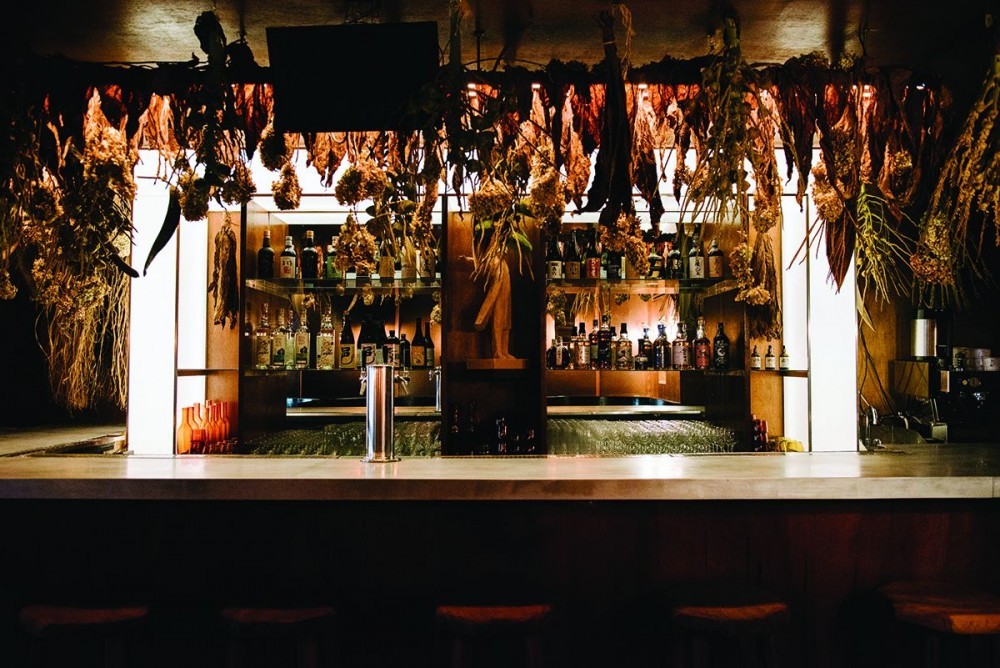 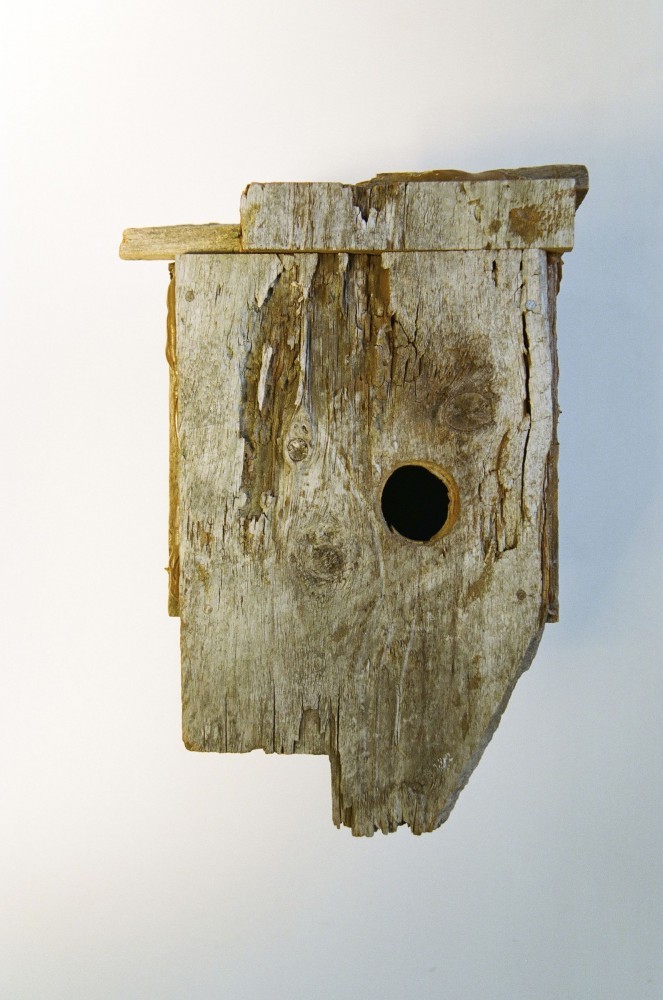 A birdhouse designed by Bloomstein in Green River Project’s studio. Photography by Sean Santiago for PIN–UP. 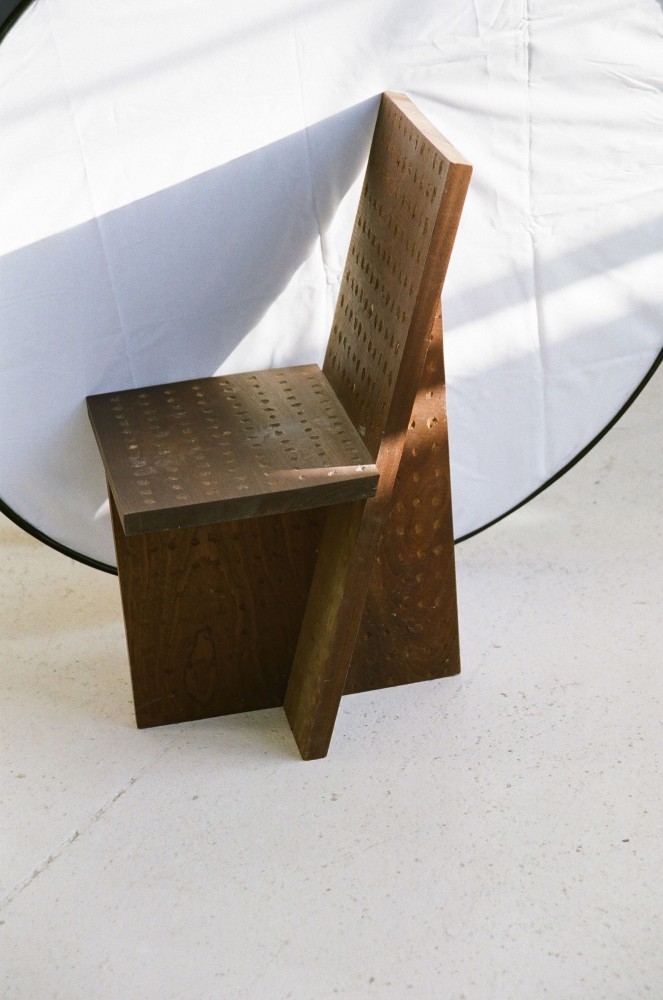 Green River Project’s materials speak plainly, such as in this chair made of black hyedua from West Africa. Photography by Sean Santiago for PIN–UP. 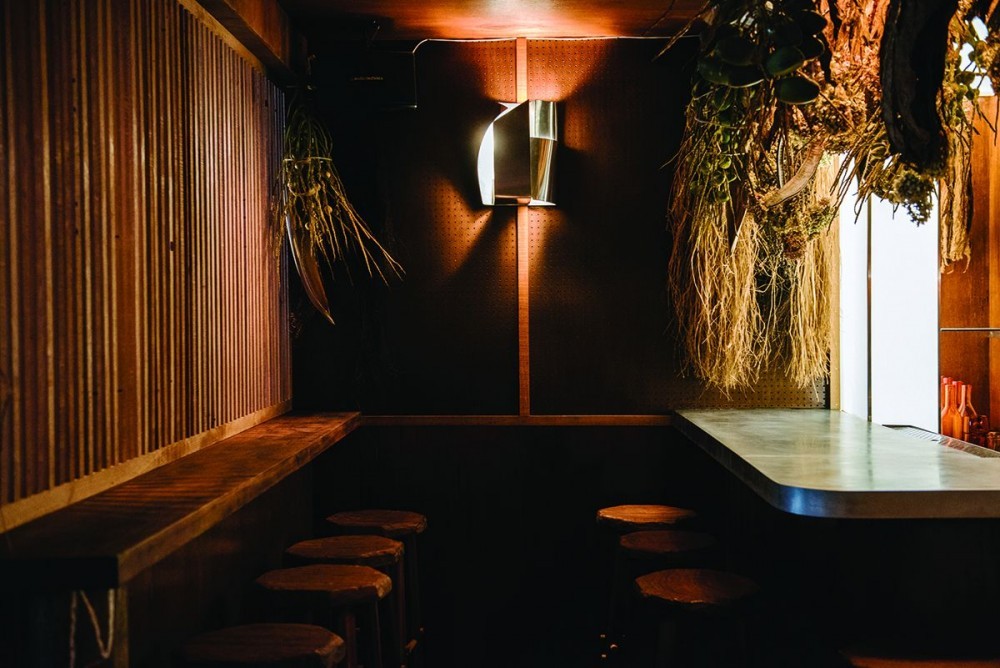 Less of a design practice and more a cult of approach, New York-based Green River Project LLC is process-driven and exploratory. Founders Benjamin Bloomstein and Aaron Aujla have turned holistic world building into the design language du jour, the all-caps “about” description on their website reading more like a political screed or rallying cry: “EACH YEAR GREEN RIVER PROJECT LLC PRODUCES FOUR COLLECTIONS OF FURNITURE AND SCULPTURAL OBJECTS CENTERED AROUND A UNIQUE NARRATIVE.”

As in fashion, Green River presents seasonal collections. But the company, founded in 2017 and named for the tributary that runs through Bloomstein’s family home in upstate New York, is firmly rooted in art. Both founders, who met while working at Maccarone gallery in the early 2010s, were artists’ assistants for years — Bloomstein to Robert Gober and Aujla to Nate Lowman — and arrive at their best creative output through dialoguing. “I think we’re really critical of ourselves as individuals,” says Bloomstein. “And being in a collaboration sort of softens that blow and gives you the confidence and perspective you need to get stuff done.”

Accordingly, the Green River aesthetic is broadly defined by idiosyncratic ways of being in the world, such as Martin Kippenberger’s '80s Berlin loft or Enzo Cucchi’s apartment in Rome (where they both once spent a summer), spaces that are carefully customized and defined by the way they are approached and what it says about the person living there. The resulting practice doesn’t exist within a polarity as rigid as design and decoration, or even form and function. “We like to call it biographical design,” says Aujla. And sometimes their work becomes auto-biographical, such as 2018’s Collection 3, which was largely inspired by Satyajit Ray films, the décor of Indian public spaces, and the bamboo and jute craft one finds in Punjab region, where Aujla’s family is from; Collection 4, meanwhile, which included lots of metal and welding jackets, was inspired by Bloomstein’s grandfather, a naval architect at the Brooklyn Navy Yard. It’s an unerring, deeply personal sensibility that represents a radical departure from the ubiquitous, softhued “is it real or is it a rendering?” aesthetic that dominated the mid-to-late 2010s.

There is a requisite “machine unlearning” team members have to go through to get to the Green River mentality, defined by problem solving — embracing mistakes and misfires as curves in the road, encouraging a slower approach. “It’s funny, because the people who work for us mostly come from really technical backgrounds,” says Bloomstein. “They’ll be working on something and they’ll say, ‘Ben, I really fucked this up, come take a look — I think I have to redo it.’ And then you have this conversation like, ‘This is right. If you had done this the way you think you should have done it, it would be wrong.’”

“People want to do good work, but they don’t know what that means for us,” says Aujla. “Ben always says it’s the mistakes and how you work your way out of them that make the thing beautiful.” Scratching at that already prettily marred surface reveals that much of the preciousness with which their work might be viewed is contextual. Yes, a group showing of tiny cabinets of curiosities speaks to a very particular clientele, but their output blends seamlessly (and often invisibly) into more commercial design vernaculars, as high-profile projects with Studio Mellone, Giancarlo Valle, and noted champion Michael Bargo attest.

Green River has come into its own lately when handed the keys to what you might inelegantly call the whole kit and caboodle: 360-degree projects such as the new restaurant Dr. Clark or the first BODE store (fashion designer Emily Adams Bode is Aujla’s partner, and also a frequent collaborator), both in New York’s Chinatown. The latter functions as the catalyst and catalogue for their fourth collection of 2019, the place where brushed aluminum and bamboo sconces, African-mahogany scallop trim, and a rail-car sofa with custom BODE upholstery found their genesis. “With the BODE store, we almost didn’t want to give the keys back,” says Aujla, who admits the duo got so caught up in perfecting the tobacco-toned boutique that if Bode was gifted an arrangement of flowers that wasn’t single-varietal, as preferred, he could feel that “something was off.” (For the record, both founders are Aries, not Virgos.)

Moving forward, the balance between interiors and furniture will remain fifty-fifty, the creative impulses fluttering back and forth between projects and products, driven mainly by an overarching love of craft and storytelling. “No one needs another chair,” admits Aujla, “it’s more like what can we do that feels special and endless and we could just keep doing every day, day in day out, like it’s never work.”