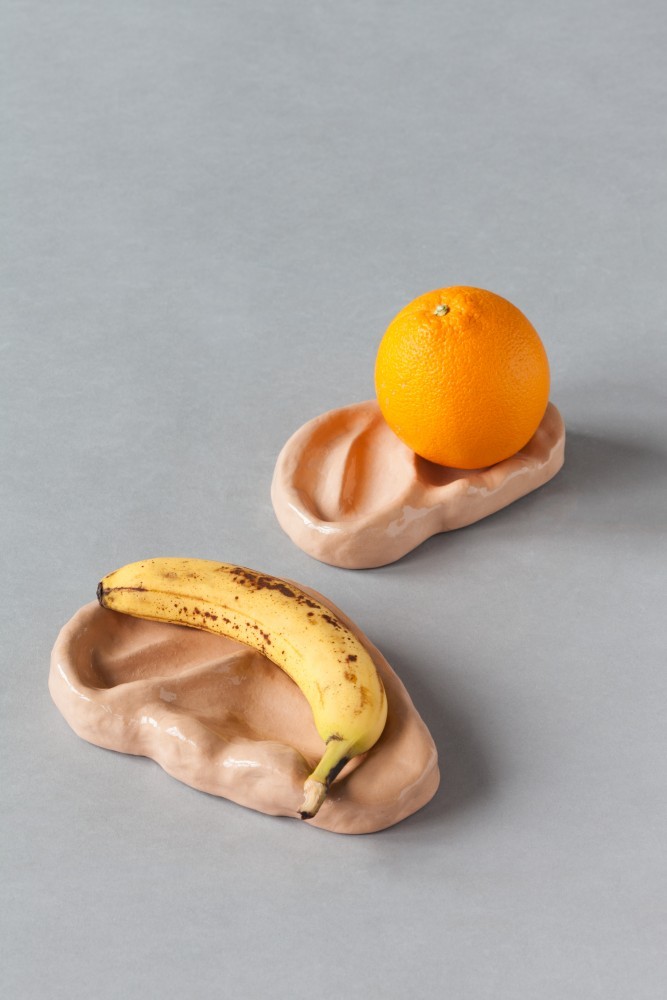 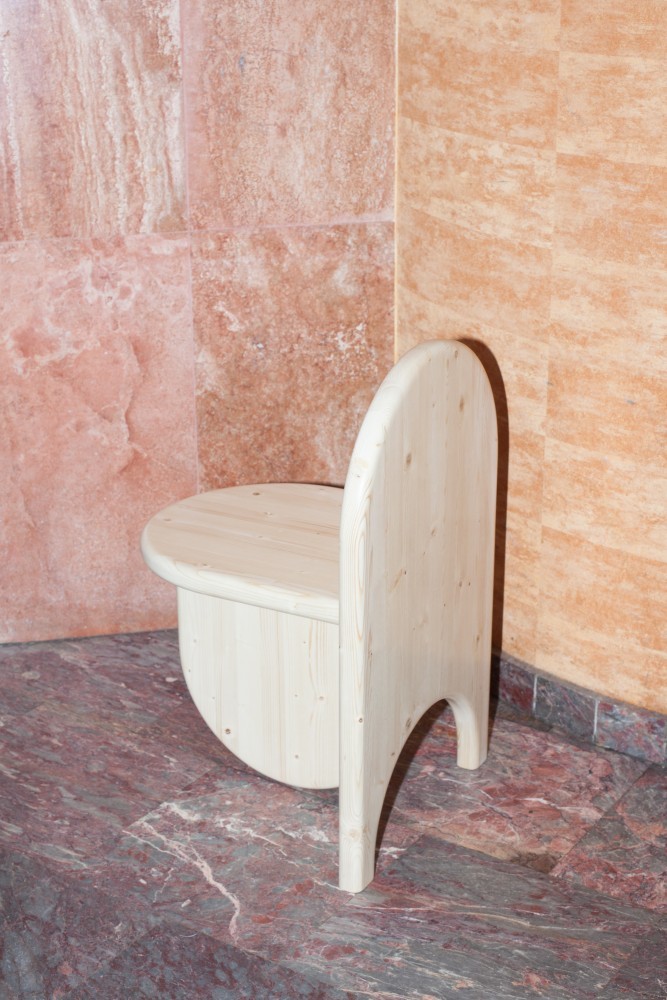 The Toilet Chair (2016) swivels for a dynamic work rhythm. 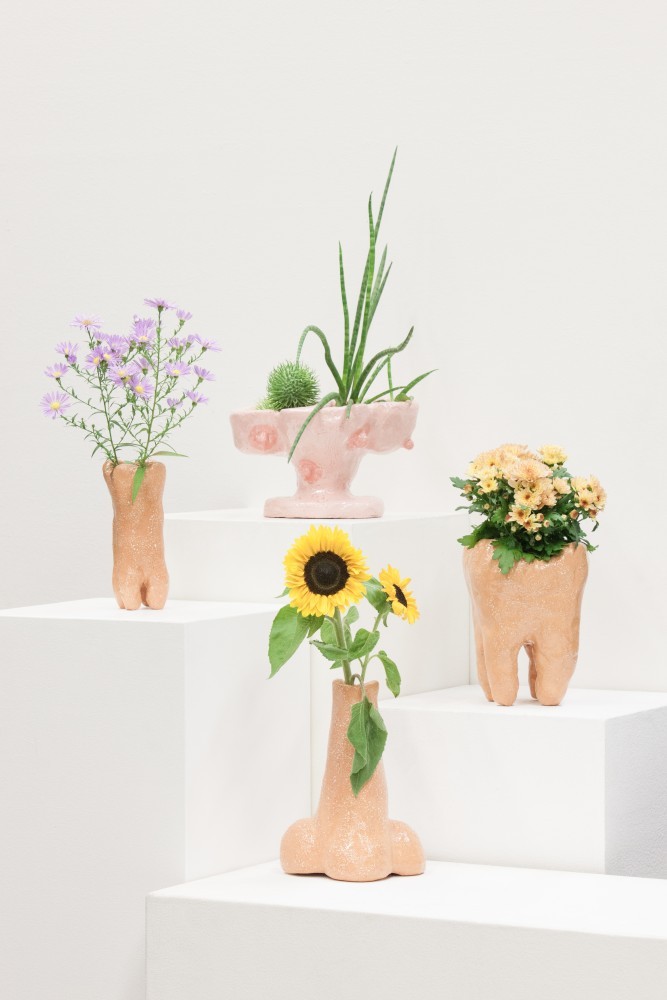 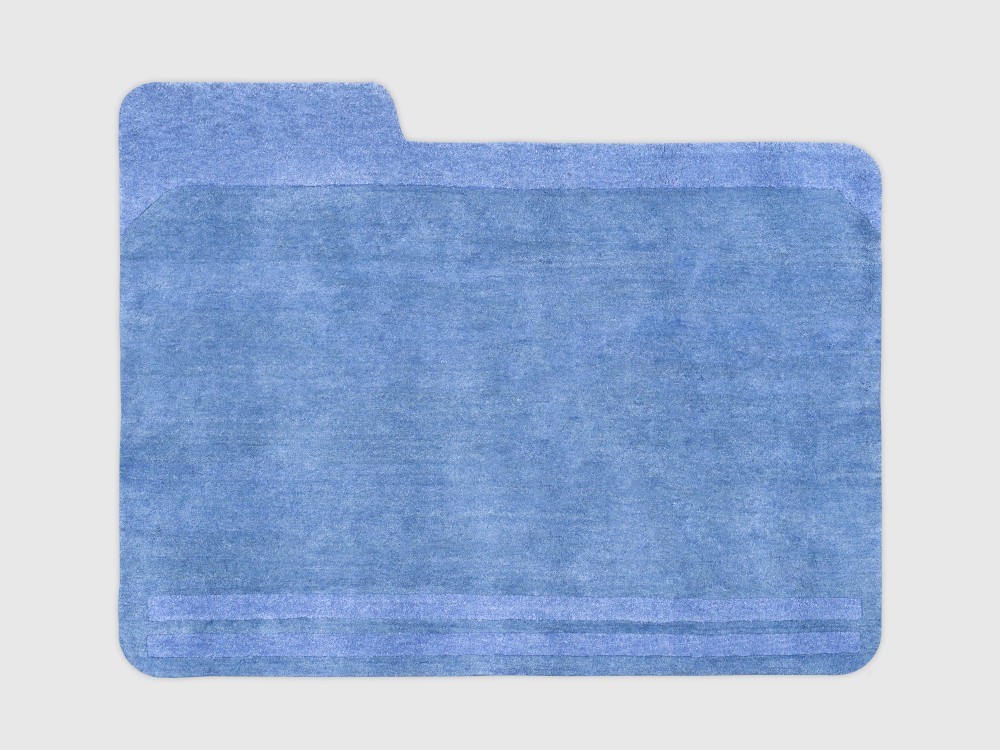 The New Folder is a Mac OS-inspired carpet made in Argentinian wool. 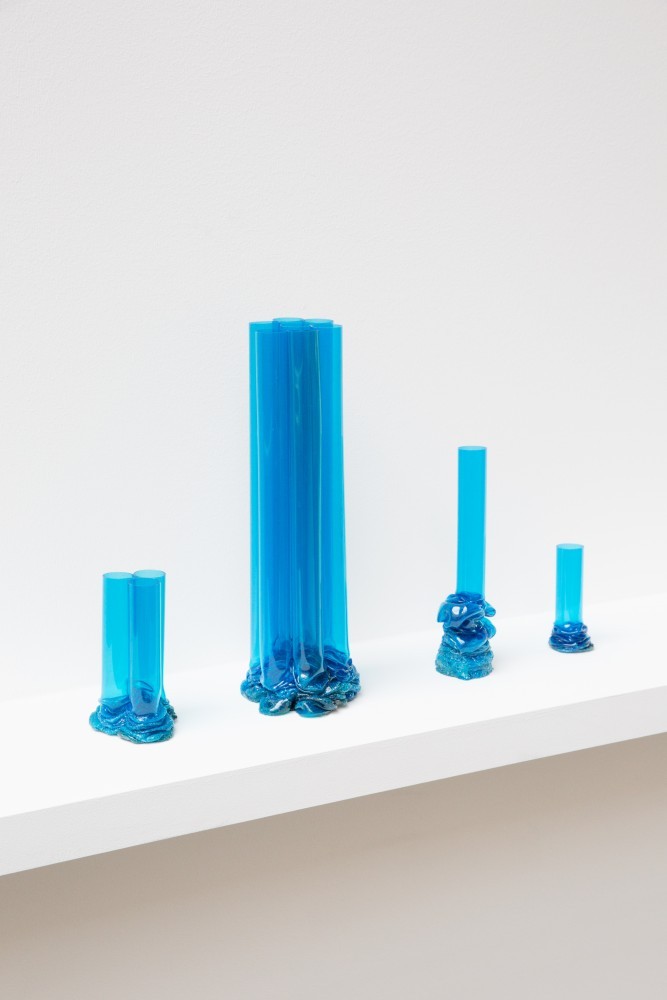 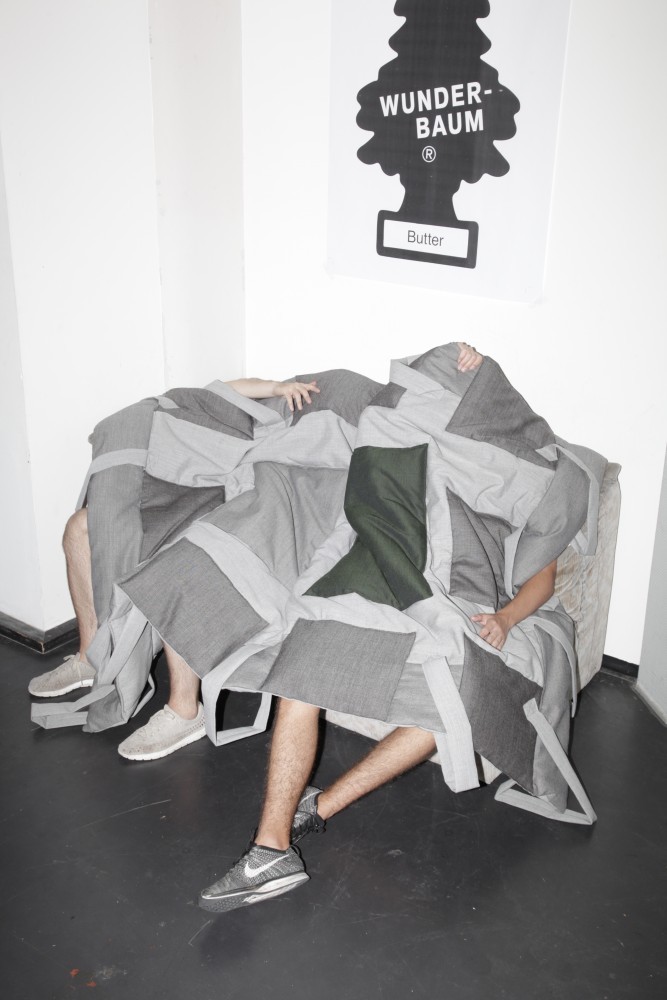 The ballistic blanket from Principles of Hiding (2017) is made entirely of canvas in collaboration with Kvadrat. 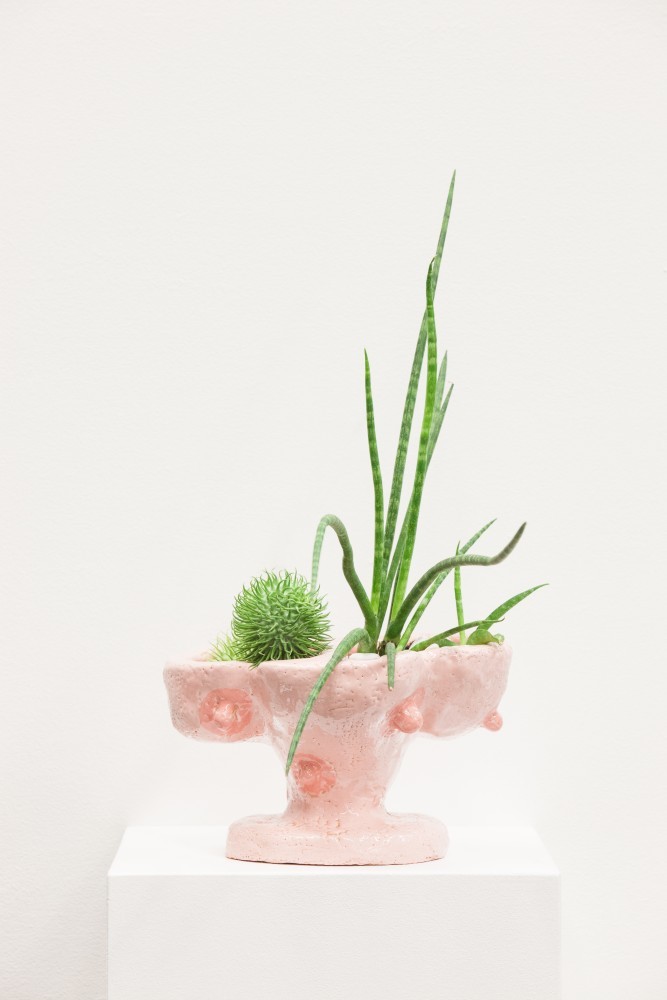 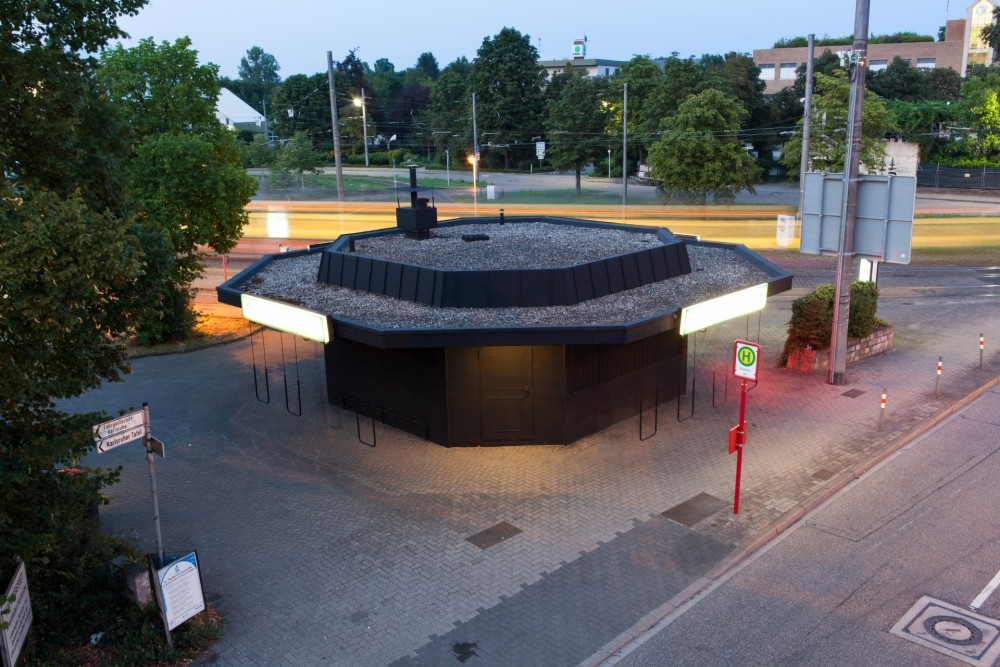 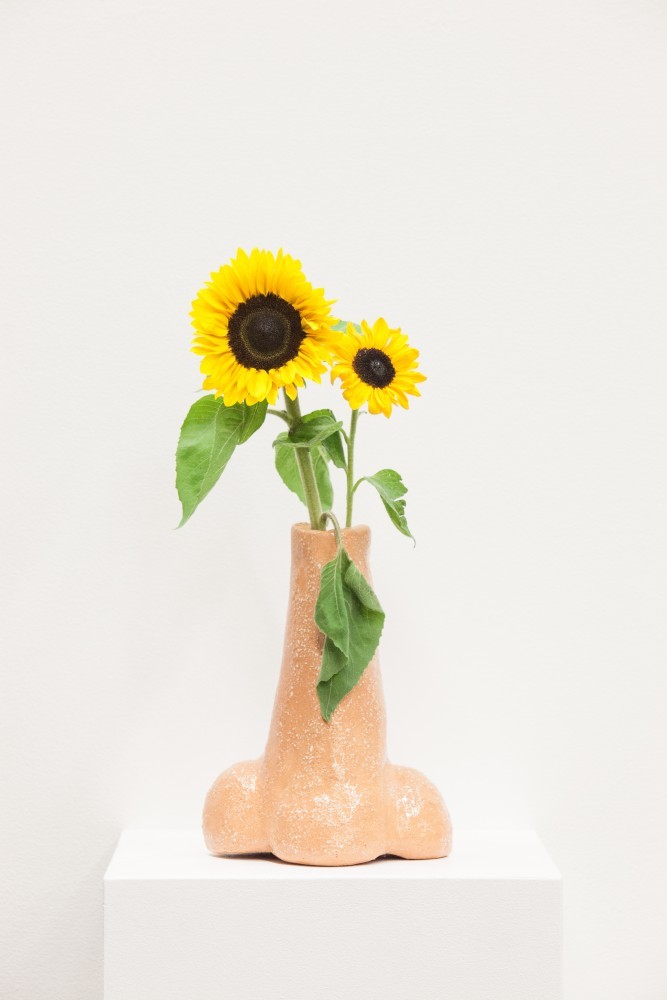 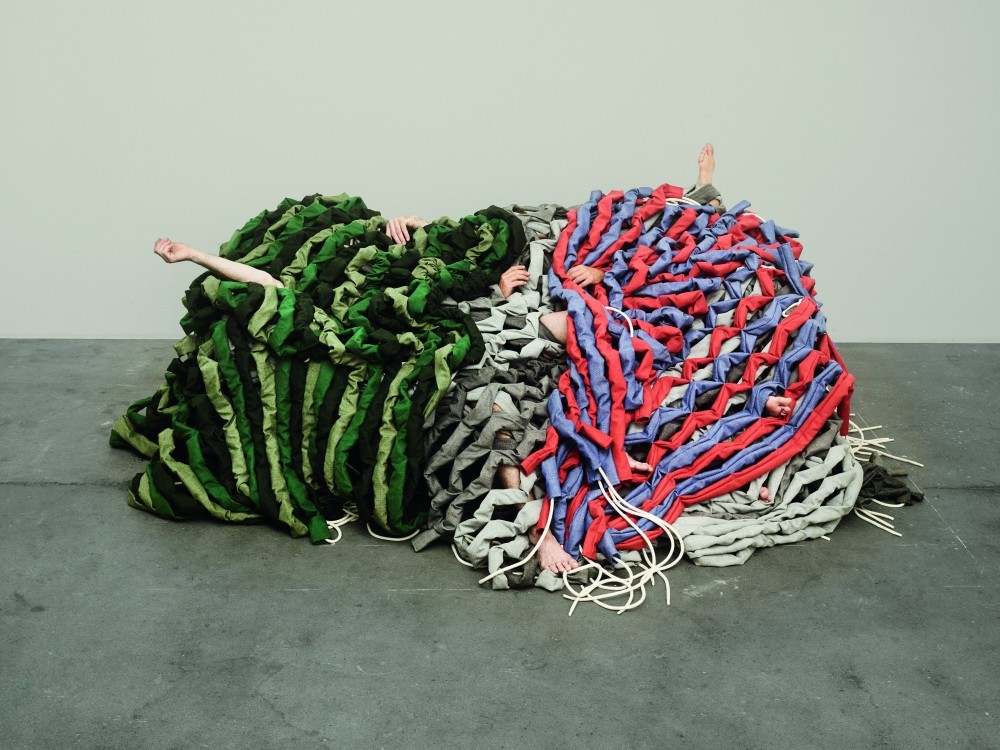 The camouflage net from Principles of Hiding (2017) is made entirely of canvas in collaboration with Kvadrat. 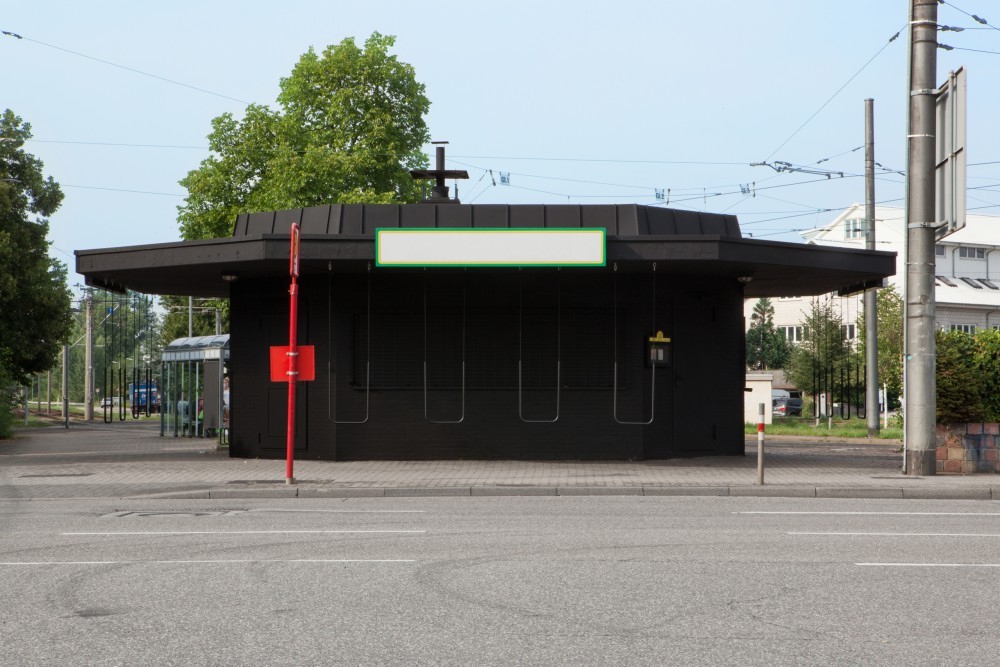 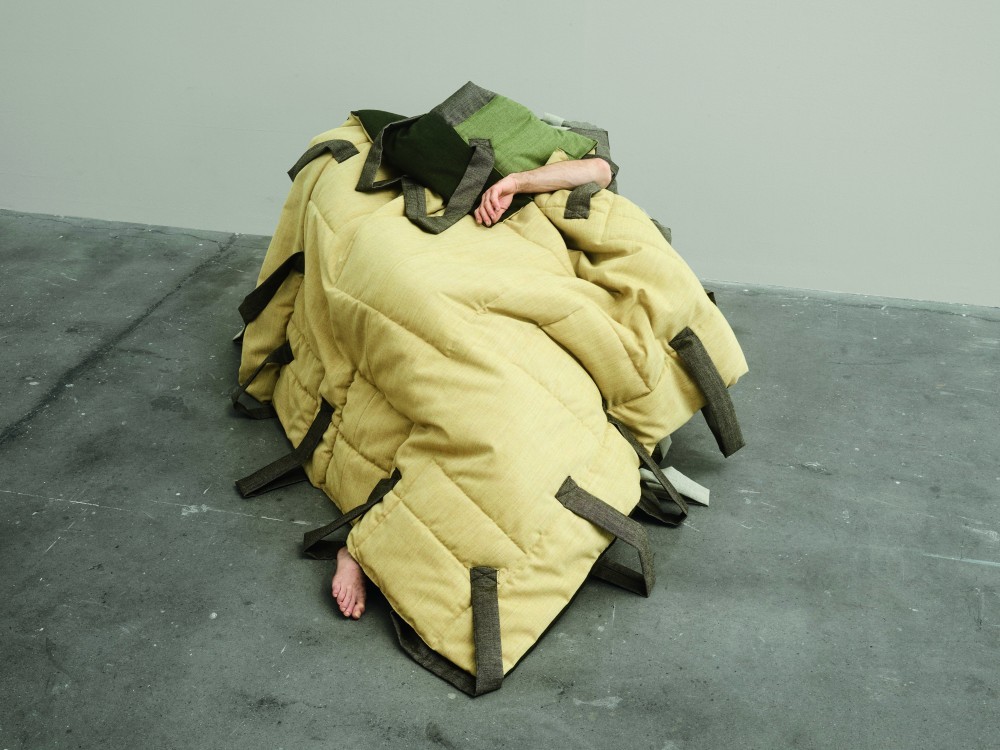 The ballistic blanket from Principles of Hiding (2017) is made entirely of canvas in collaboration withKvadrat. 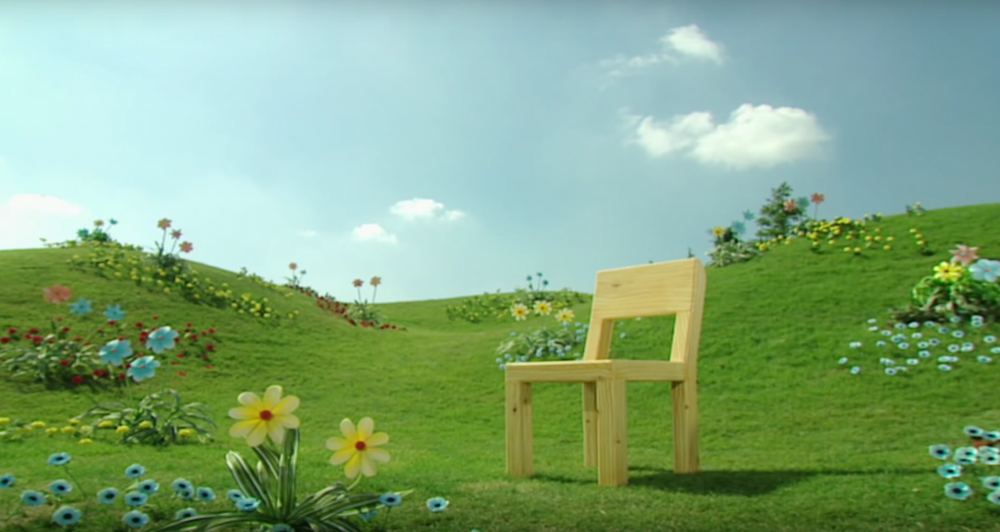 The Tubbie Chair (2018) is a playful take on the stereotypical wooden chair taken from an episode of Teletubbies. 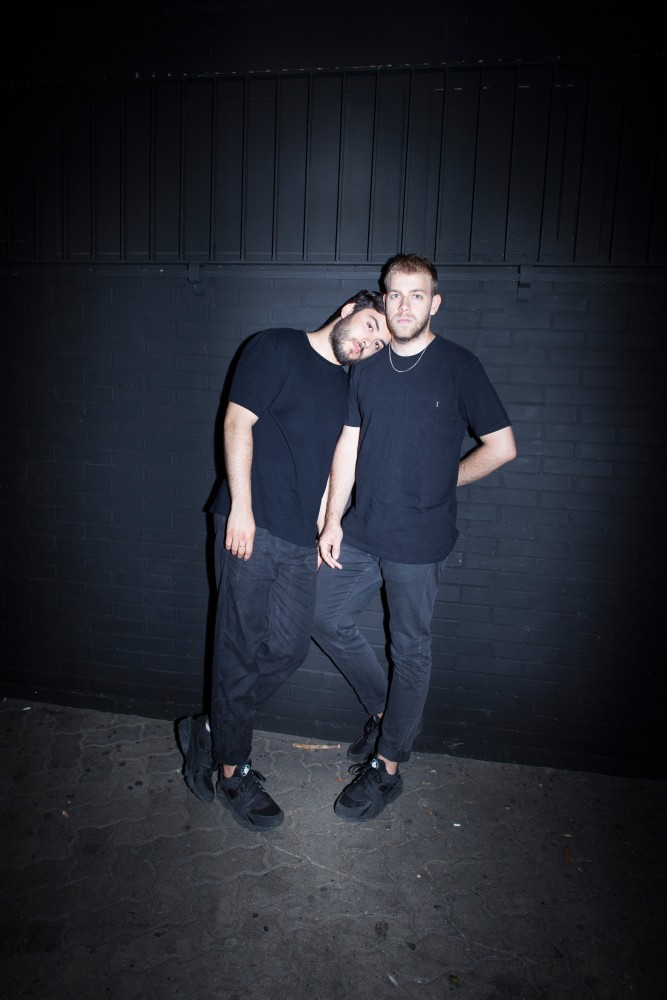 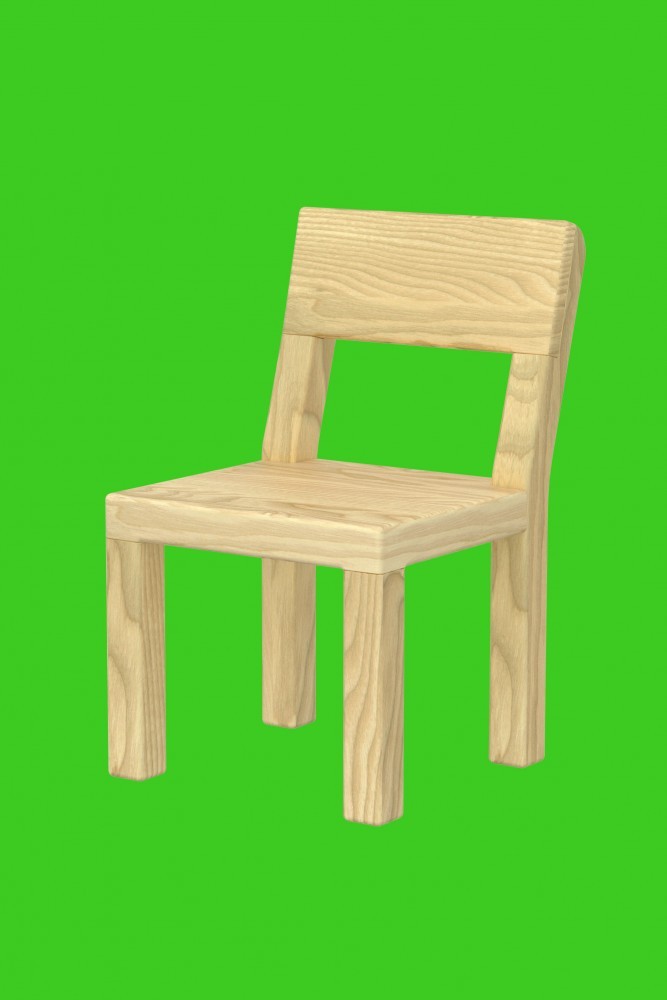 The Tubbie Chair (2018) is a playful take on the stereotypical wooden chair.

BUTTERED UP: The Playful Fixations of Design Duo BNAG

A combined love of hip-hop is what brought together Oliver-Selim Boualam and Lukas Marstaller of Butternutten AG (or BNAG for short). Based between Karlsruhe, Germany and Marrakesh, Morocco, depending on the season, their “Super Design Service,” as they call it, was originally conceived as a DJ ensemble during the duo’s student days at Karlsruhe University of Art and Design. In five short years, Boualam and Marstaller have moved beyond headlining parties and designing gig posters to helming a multi-sensory laboratory for design as a social practice (whose name, by the way, only sounds like “butternut,” but in German means something altogether different). “It’s always a difficult question for us when people ask what exactly it is we do,” says Marstaller. It’s true that defining labels aren’t easily applied to their practice: a look through the studio’s recent work reveals an array of amusing design objects — from Mac OS-desktop-folder-inspired rugs (New Folder, 2017) to test-color-pattern ping-pong tables (Ping Pong Playground, 2016) — alongside provocative public-realm installations in which daily street life and subcultural happenings merge together.

But a wry sense of humor and a playful fixation with the body weave together all their projects, which are anchored by a serious engagement with the social, technological, and psychological paradigms of contemporary life. “We use a humorous approach to think about the ritualism of daily structures and how we can break them,” says Boualam. Sometimes this resistance is more subversive, as with The Principles of Hiding (2017), a two-piece blanket set, one of which is a dense ballistic cover that can be used to hide oneself from potential interlopers, while the other consists in a mesh net of military-grade cut-resistant fabric in jazzy, distracting colors that can be deployed in the living room to hide disorder from unexpected guests. Reframing the living room as a battleground, in which army-style cover-ups and the fantasy of disappearing completely collide, the project also manages to channel a nostalgic childhood love of hiding.

Equally uncanny is Body Buddies (2017), a series of vases resembling teeth, noses, and an assemblage of nipples that made the rounds in a hospital’s art program, delivering both fresh flowers and collective amusement to patients. A breakthrough for the two Butternuts was Kioßk (2015): a sleek black octagonal structure suddenly materialized in Karlsruhe’s red-light district, hosting art exhibitions, concerts, and talks organized by Butternutten, who also designed its graphic identity. Flanking the converted, repainted railway kiosk on all sides were sixteen U-shaped swings made of steel tubes, encouraging passersby or those waiting for the bus to linger, perhaps overhear a talk, and stay a while. “Kioßk was a response to the lack of subcultural space in Karlsruhe, but it was also a rare chance for us to do everything like we had it in our head,” say Boualam and Marstaller. “We built it with the idea that everything could slot into a different context.”

While the campy simplicity and shape of the plastic swings would be equally at home in a slick gallery-space show, their natural fit in an experimental outdoor pop-up art space in Karlsruhe reveals the versatility of Butternutten’s practice. As the duo continues to create delightfully indefinable objects and experiences that use play and humor to slip between different cultural arenas, their work calls bullshit on those boundaries, thus upping the ante of social design.

BNAG are part of Blow Up, an exhibition curated by Felix Burrichter and designed by Adam Charlap Hyman, on view at Friedman Benda gallery from January 10 until February 16, 2019. Their first solo exhibition Field Trip opens at Functional Art gallery in Berlin on Friday, January 18, 2019. The original text is taken from PIN–UP 25 Fall Winter 2018/19.