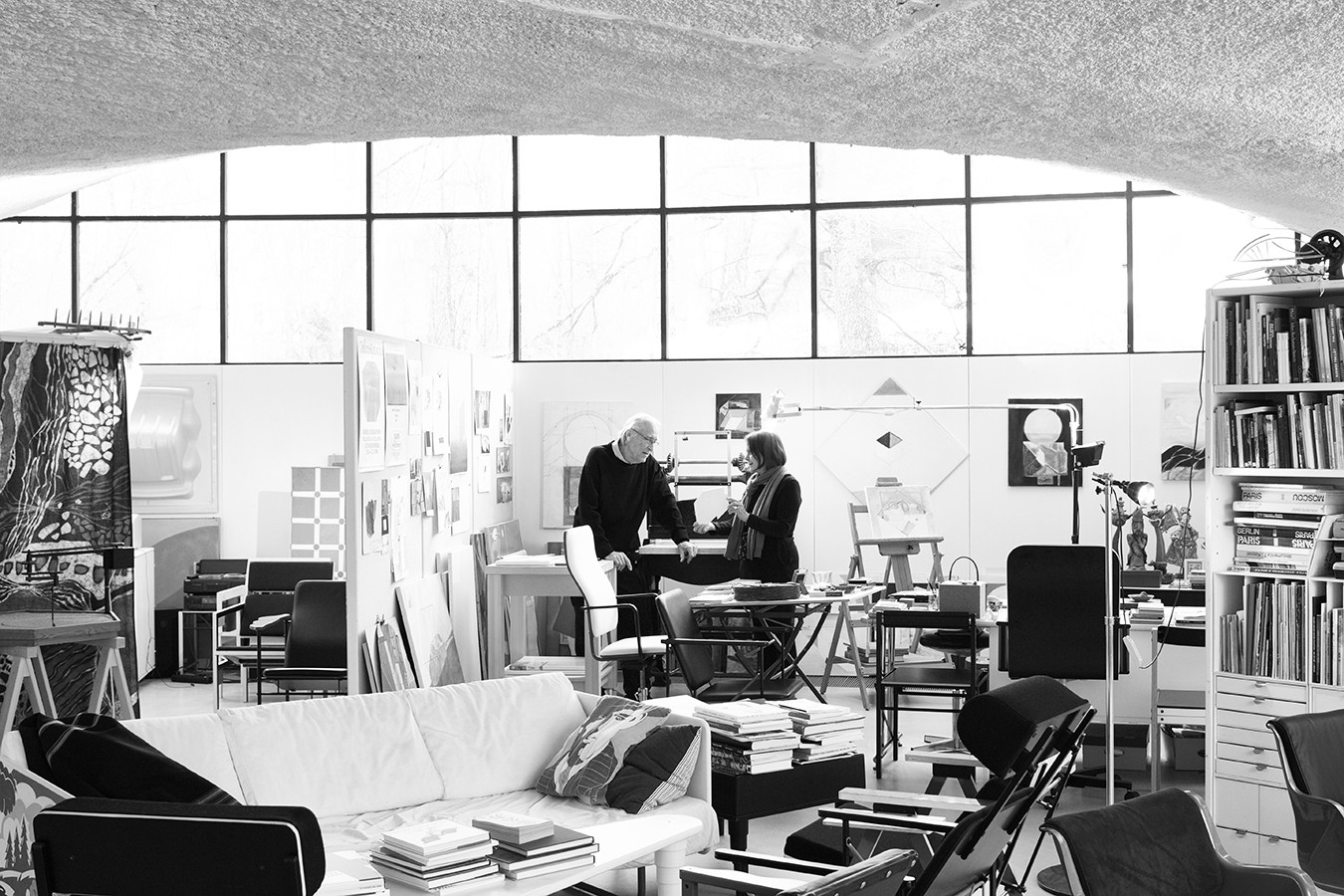 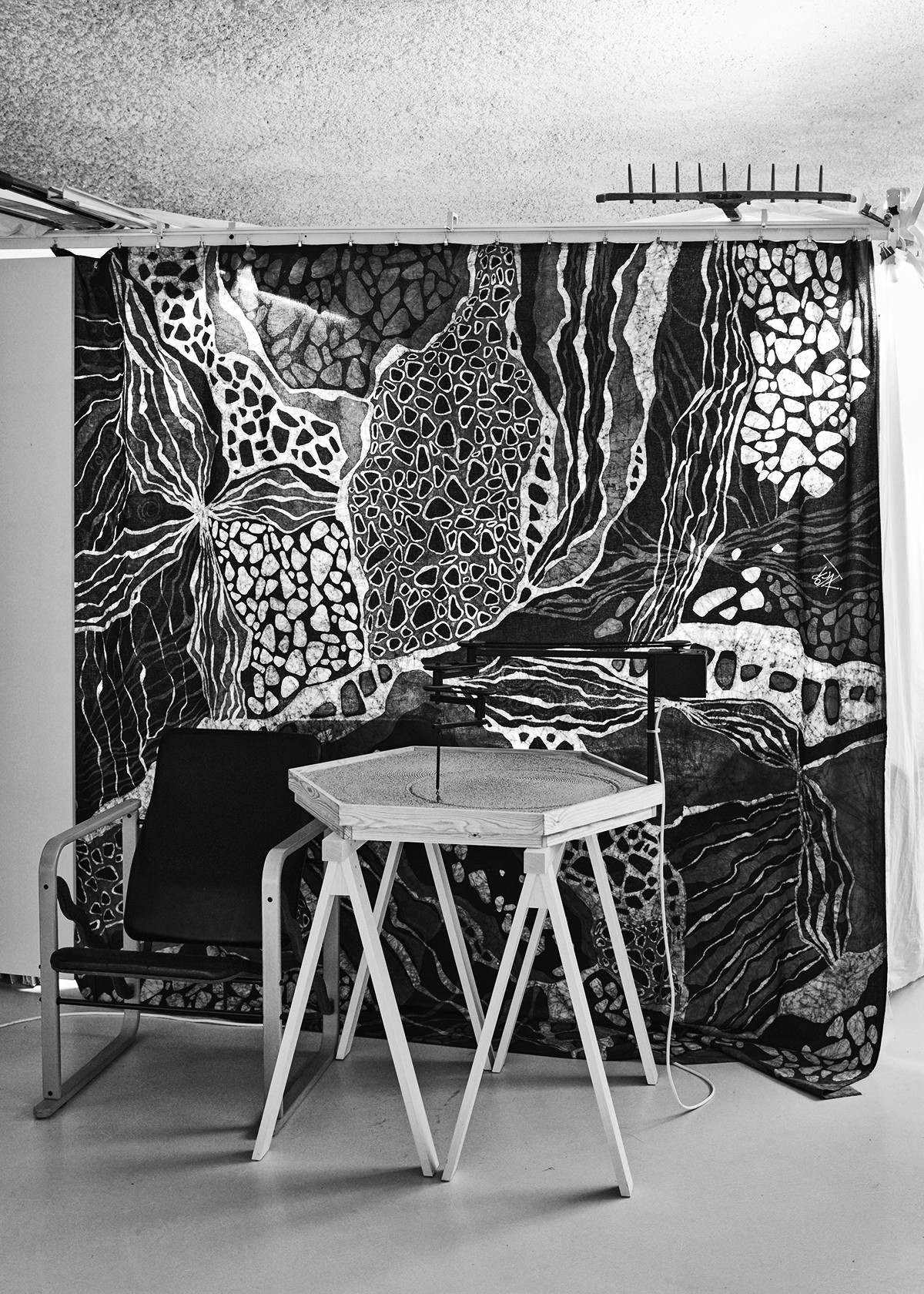 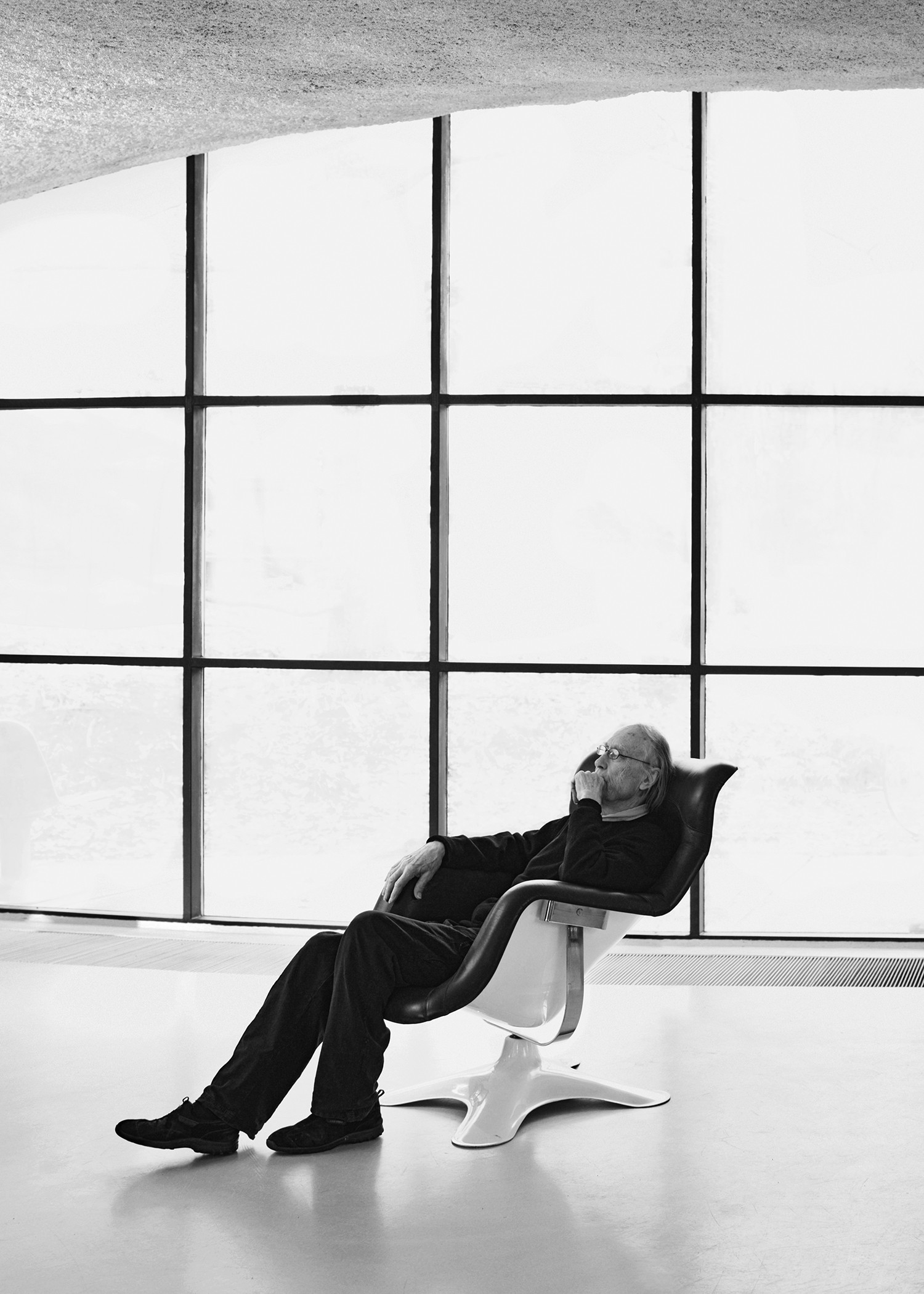 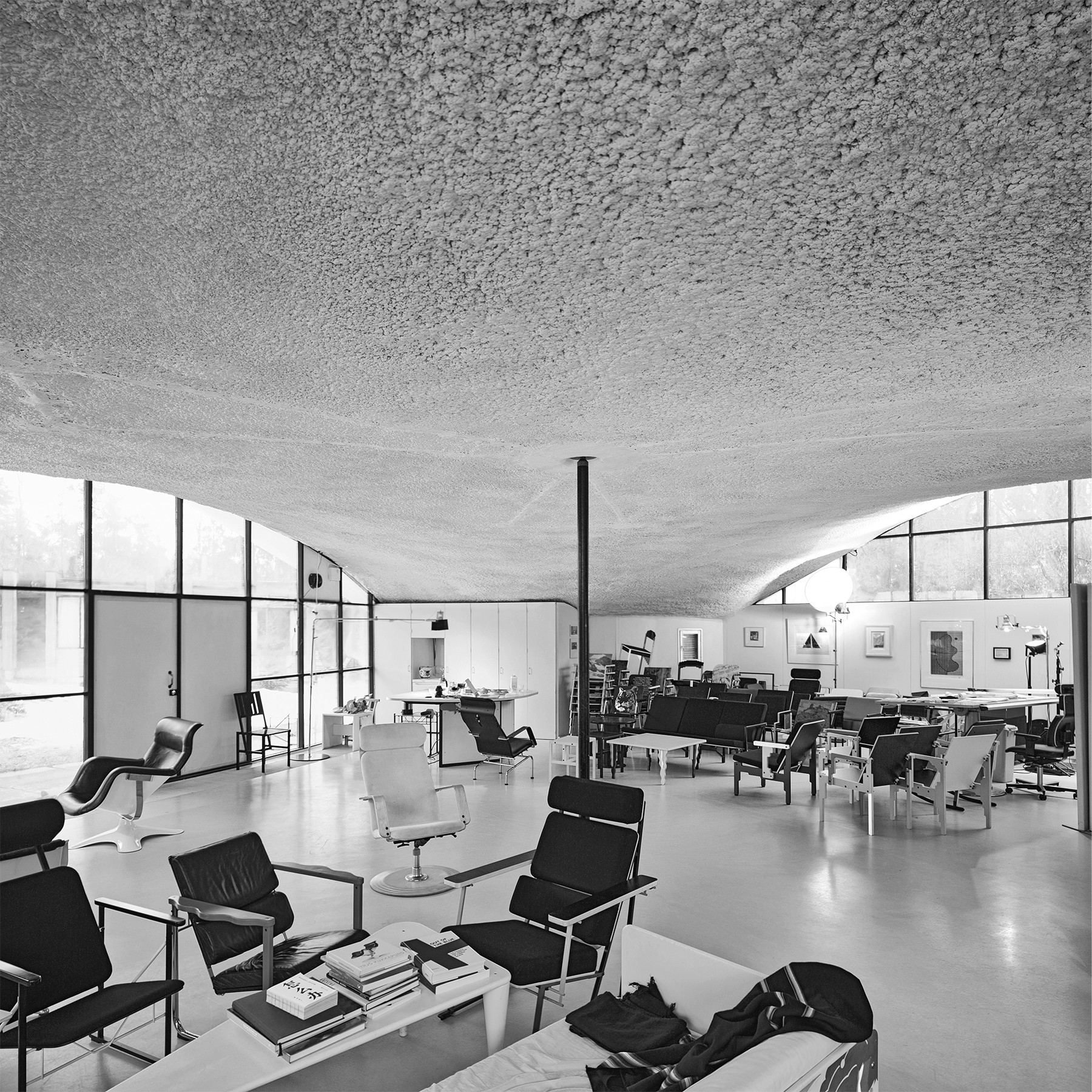 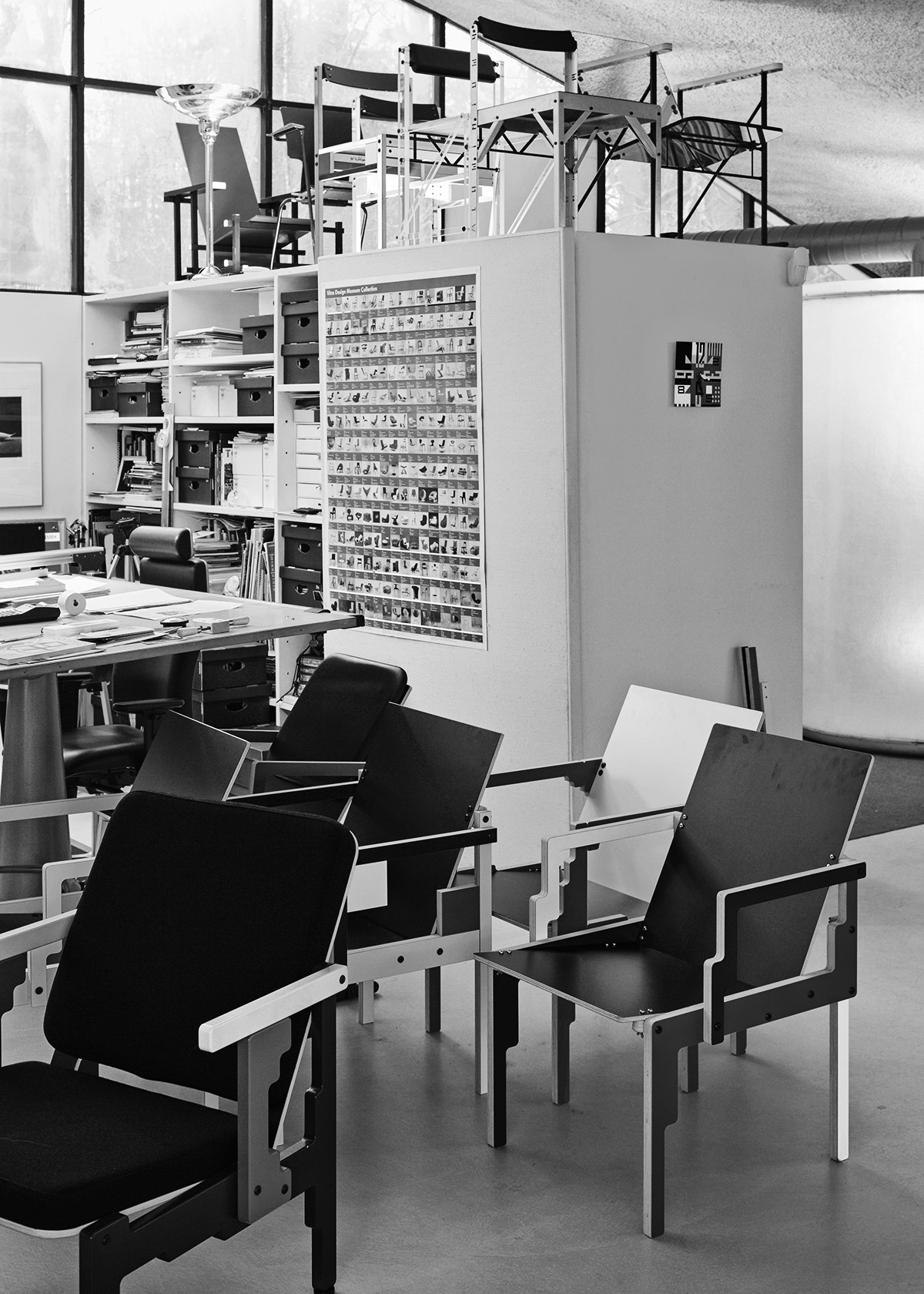 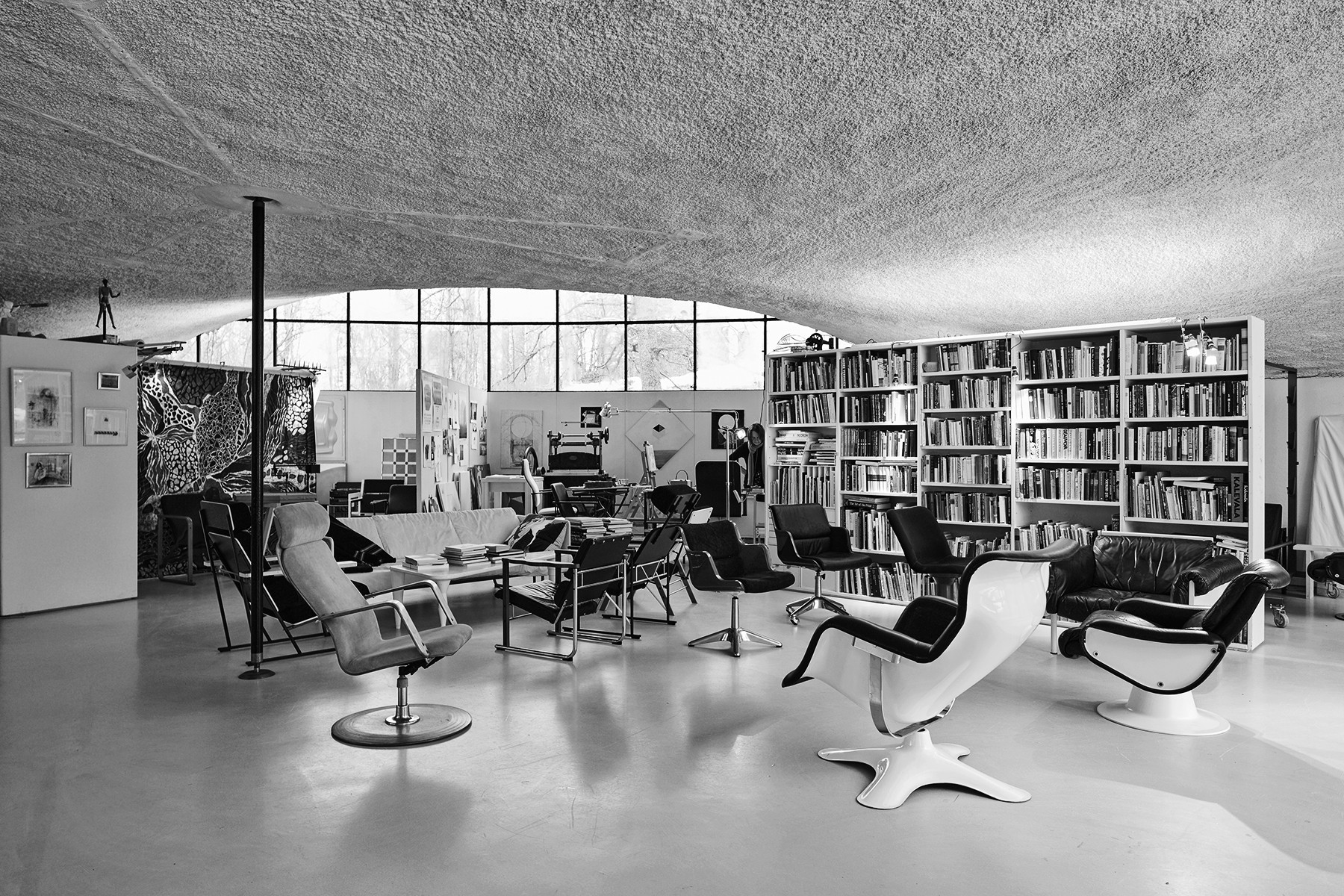 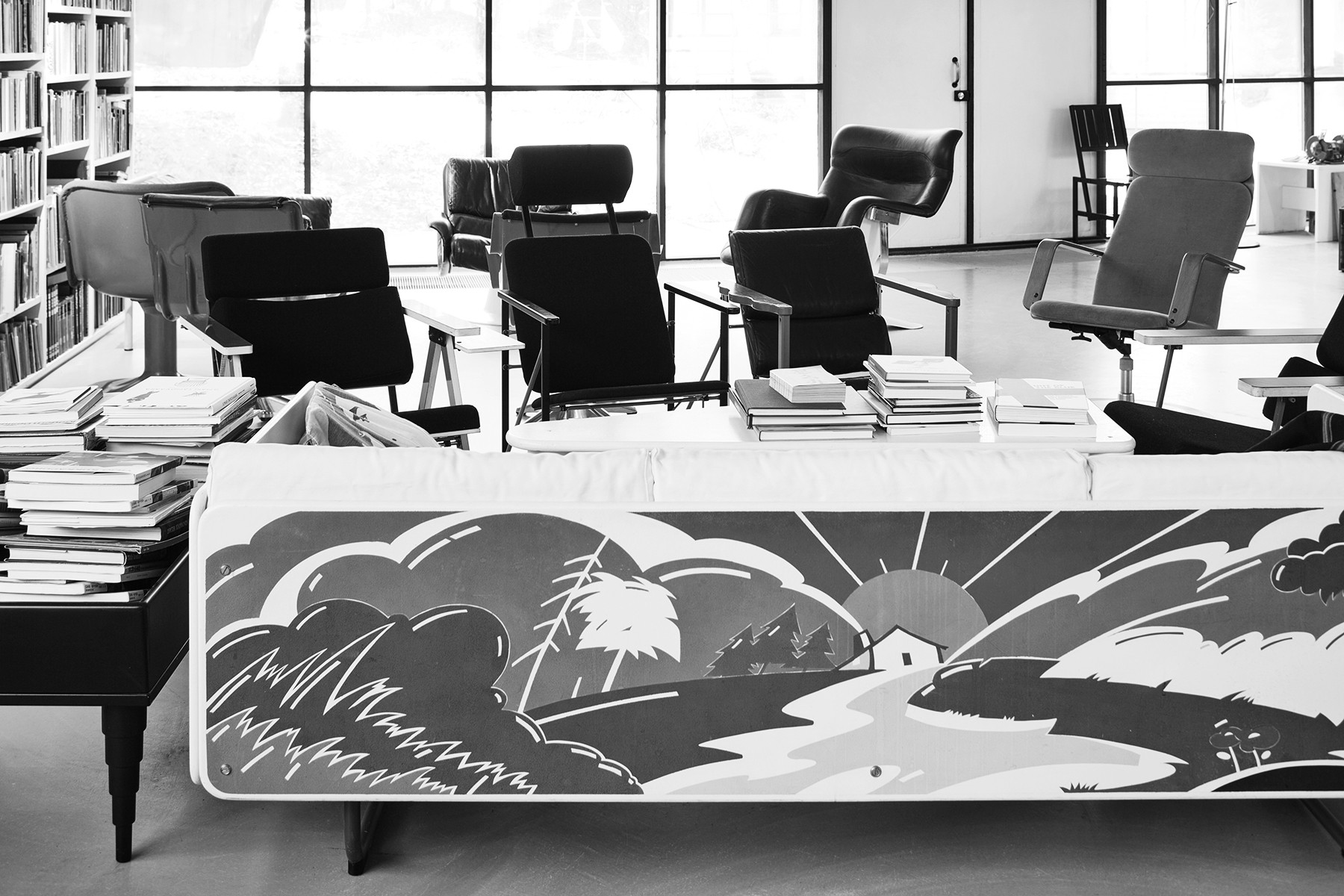 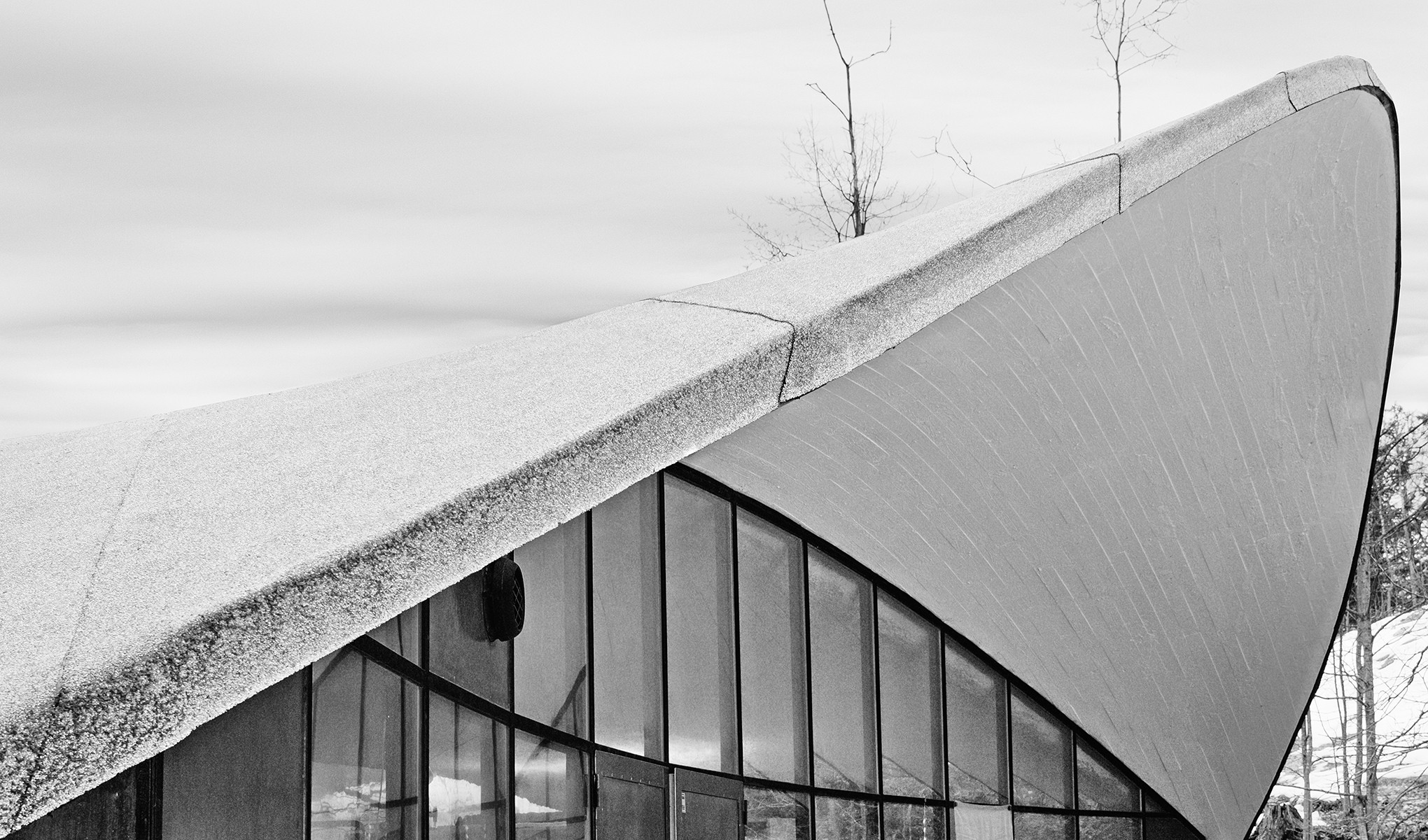 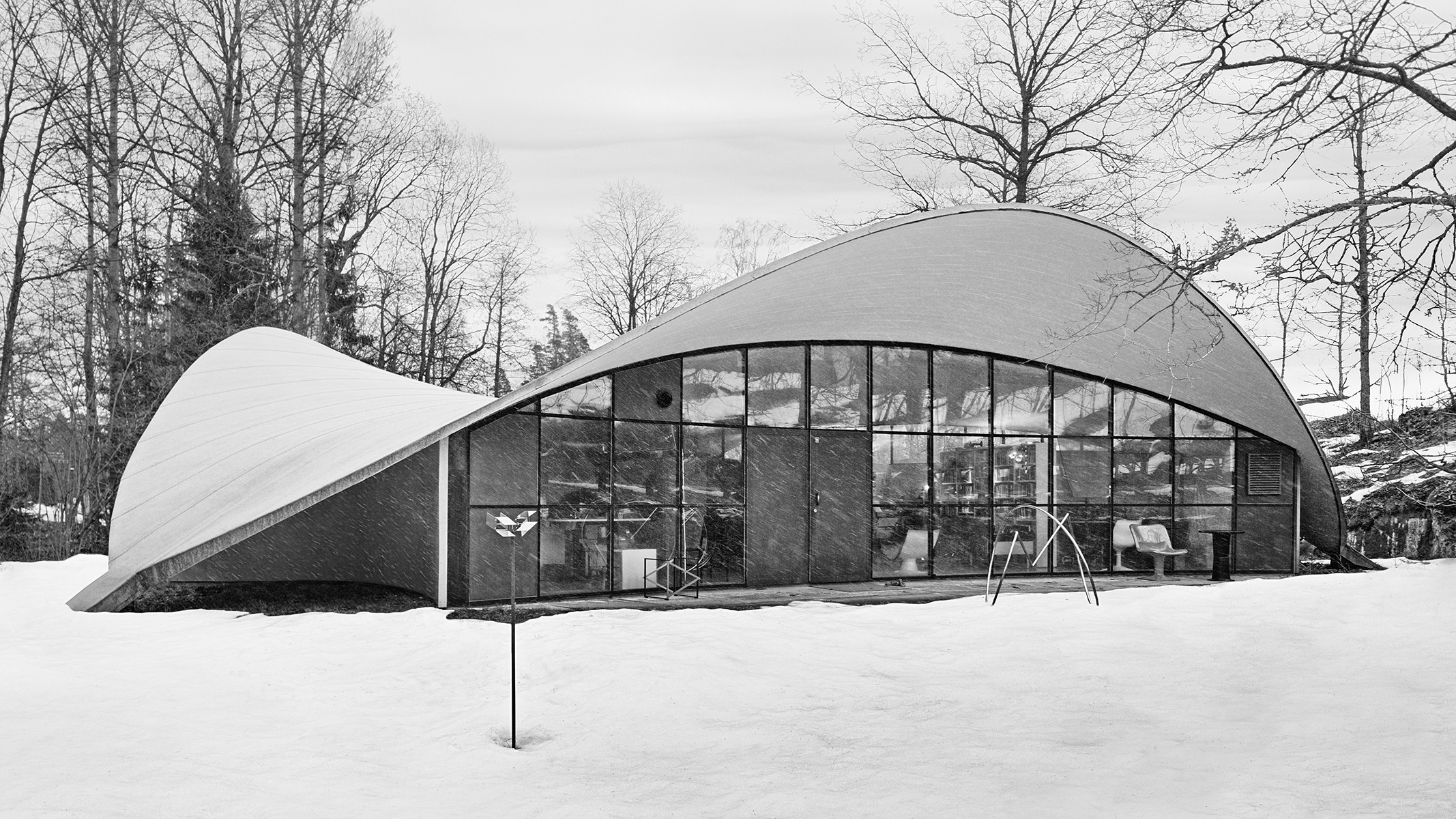 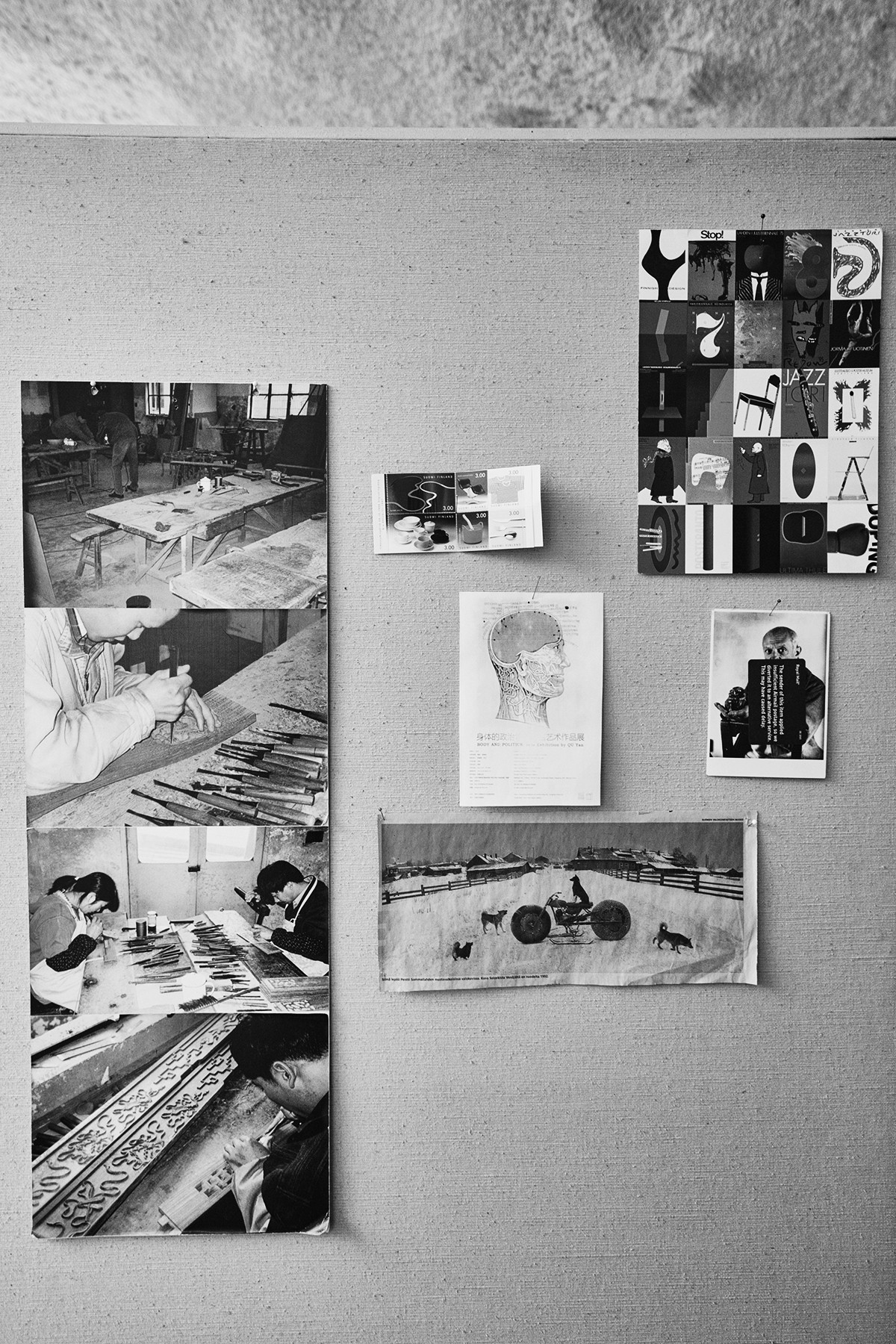 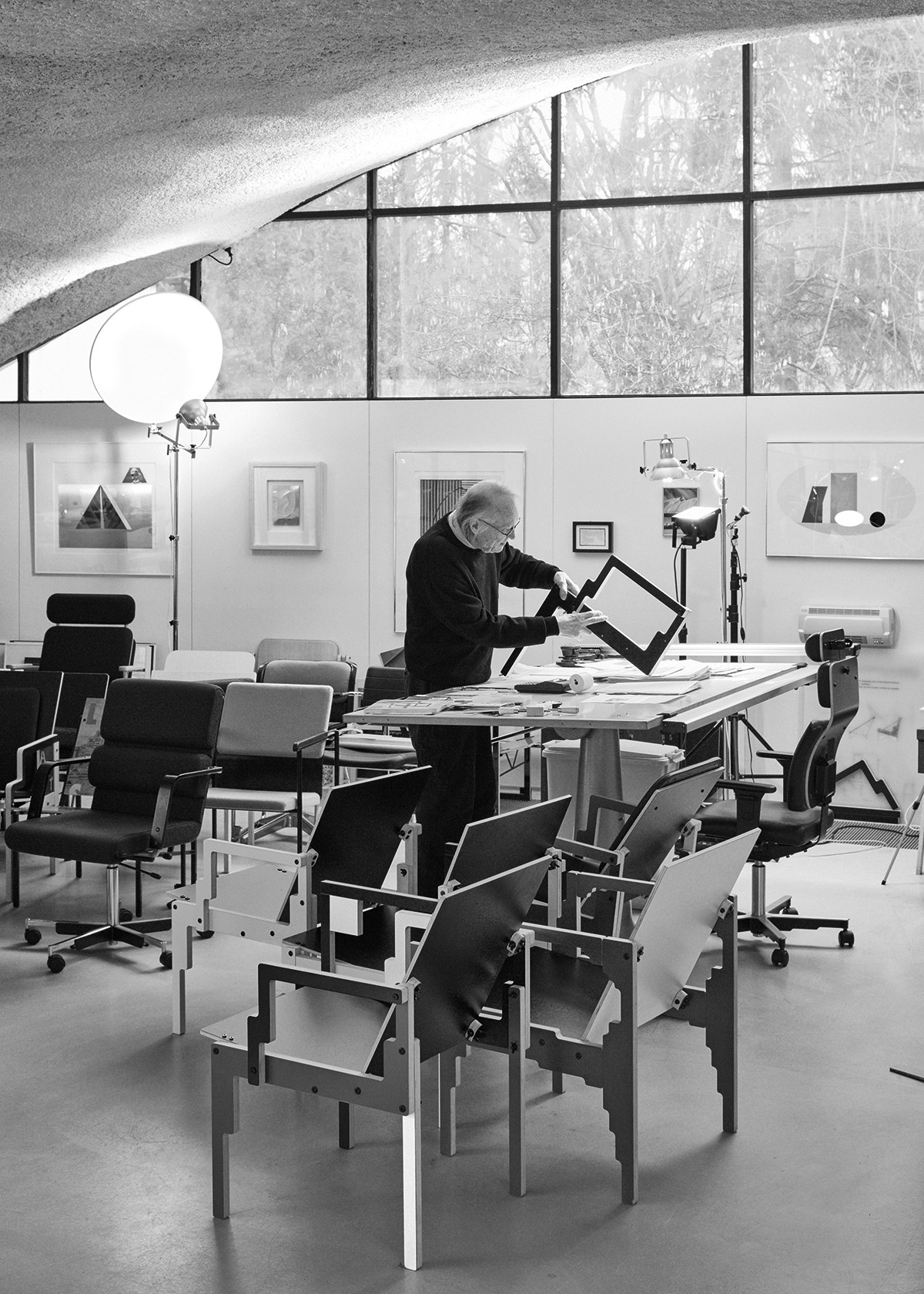 In a secluded area of woodland in southern Finland stands a building that defies simple geometrical description — the closest approximation to a definition might be an “asymmetric hyperbolic paraboloid groin vault” — and that challenges any formal or historical associations. This mathematically derived artifact comprises a curved reinforced-concrete membrane rising from the ground at three anchored points, its undulation providing intervals of openness and seclusion. No architect was involved in designing it, for it was the fruit of a collaboration between a furniture designer and an engineer.

The story of this particular structure began in the 1960s, when young designer Yrjö Kukkapuro and his wife Irmeli, an artist and graphic designer, decided to look for a space in which to create an open-plan studio where they would also live. It soon became clear that empty factory space or open-plan warehouse buildings were going to be hard to find, at which point Irmeli’s father suggested they build their own “hall” on land he owned 9 miles outside Helsinki. By that time, Yrjö had already begun working with fiber glass, a material he used to create curvaceous, ergonomic furniture like his famous 1964 Karuselli chair (now in production again thanks to Artek). In his search for ergonomic form, Kukkapuro experimented with plaster-covered wire-net surfaces for which he used his own body as a reference scale, and it was this continuous exercise of molding chair models that provided the conceptual foundations for the studio. But it wasn’t till he teamed up with structural engineer Eero Paloheimo, in 1967, that his ideas could become reality. Together they developed an initial concept for an arched, self-supporting fiberglass shell, open at both ends, that would serve as both roof and walls, a formal solution that naturally derived from Kukkapuro’s furniture-design work. But they soon abandoned this initial project in favor of a more complex, triangular-plan form. As Kukkapuro explained, “These were very modern experimental times. Man was on the verge of reaching the moon, after all.”

It turned out, however, that there was a major obstacle. The planned 3-centimeter-thick fiberglass shell would have cost the Kukkapuros 10,000 Finnish marks in raw material alone, a considerable sum at the time, and one which they could not afford. It would also have been a labor-intensive and lengthy process that could have fallen foul of the harsh Finnish winter. The obvious solution was thus to switch to concrete, and the form was recalculated to conform to the structural capacities of the new material. To do so, Paloheimo made use of the first computer in Finland, located at the Helsinki University of Technology. The result was an 8-centimeter-thick shell, constructed for a cost of 1,500 Finnish marks in the summer of 1968. Building the wooden formwork took two weeks, while the 28 tons of concrete were poured in a single day. Once it had set, the concrete shell was insulated externally with bitumen felt and sprayed on its underside with a 5-centimeter-thick layer of polyurethane foam, after which it was painted white all over. To close the sides, Kukkuparo designed all-glass walls that allow visual continuity between inside and out. The couple moved in in the spring of 1969; 46 years later, the now octogenarian Kukkapuros have stayed true to their original aims, with not a single wall interrupting the 2,150-square-foot volume — save for a curved kitchen element and two cylindrical bathroom units in fiberglass — and only furniture, suspended textiles, and bookshelves dividing up the space. The studio’s contents constitute an archive of six decades of the couples work, while the structure itself continues to be a constant source of inspiration.