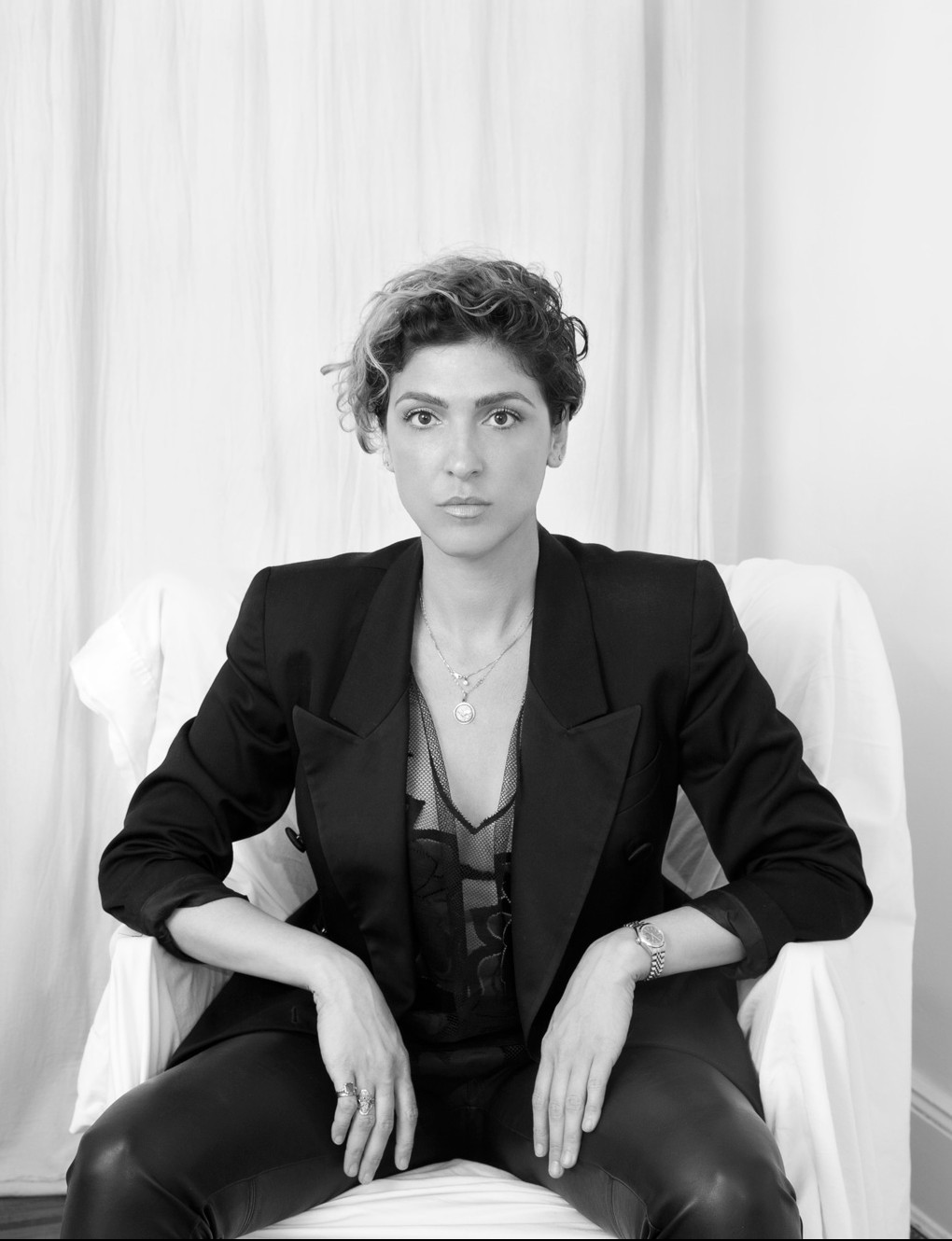 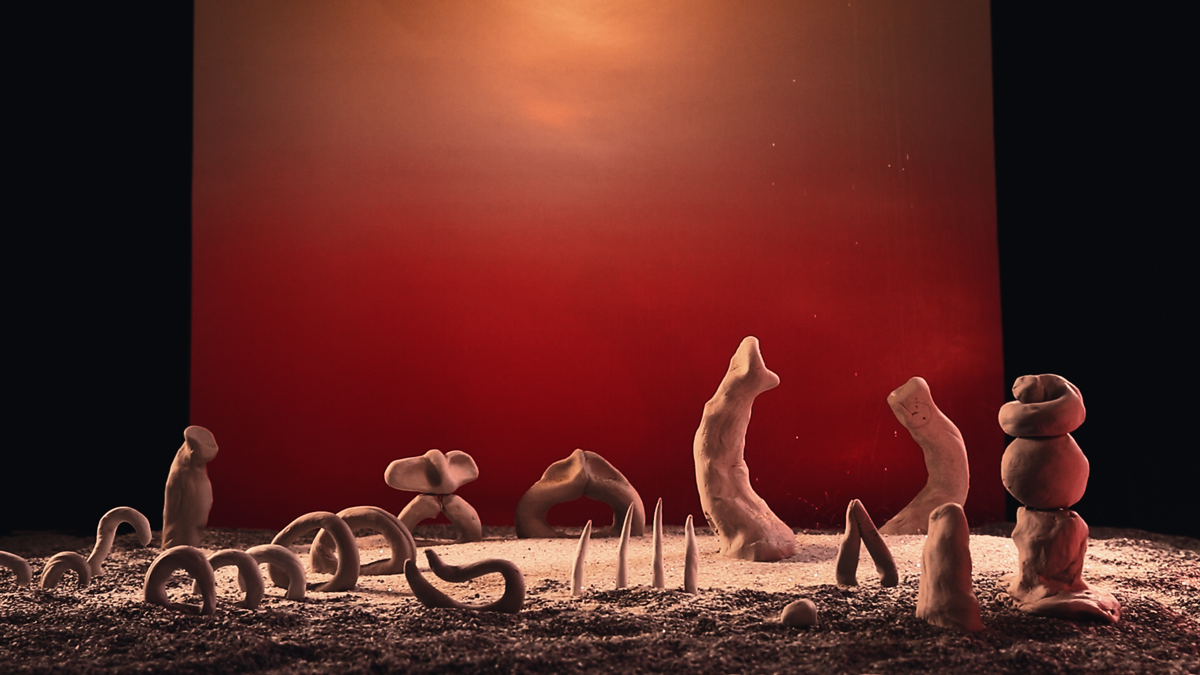 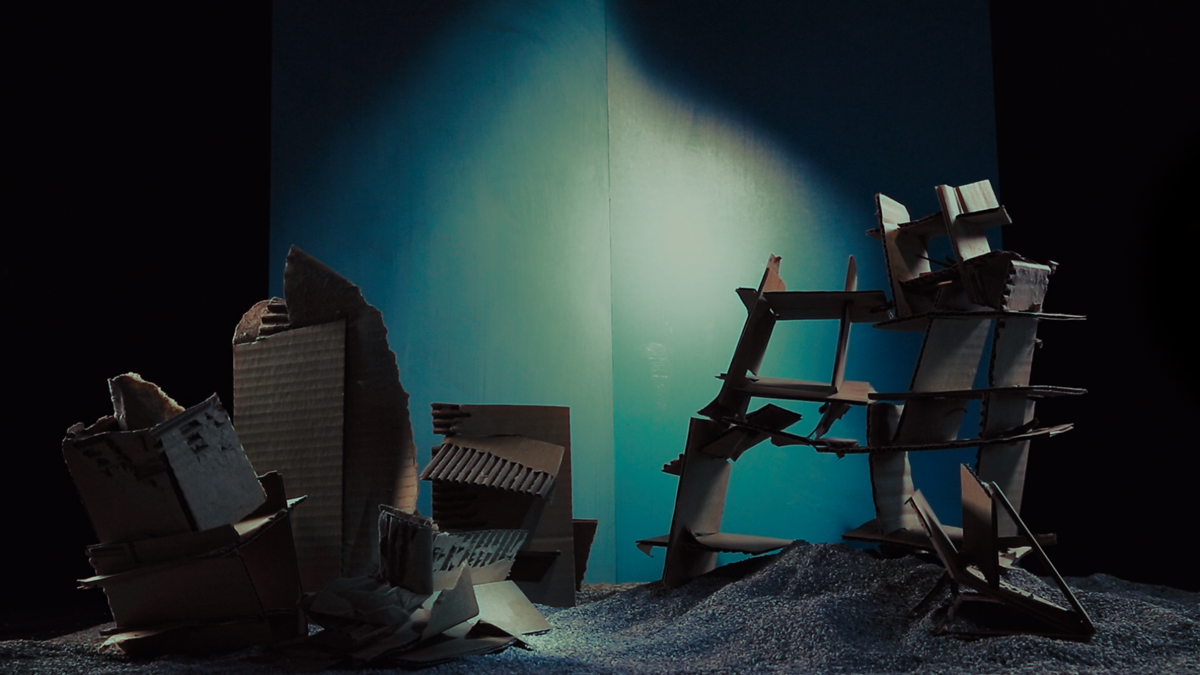 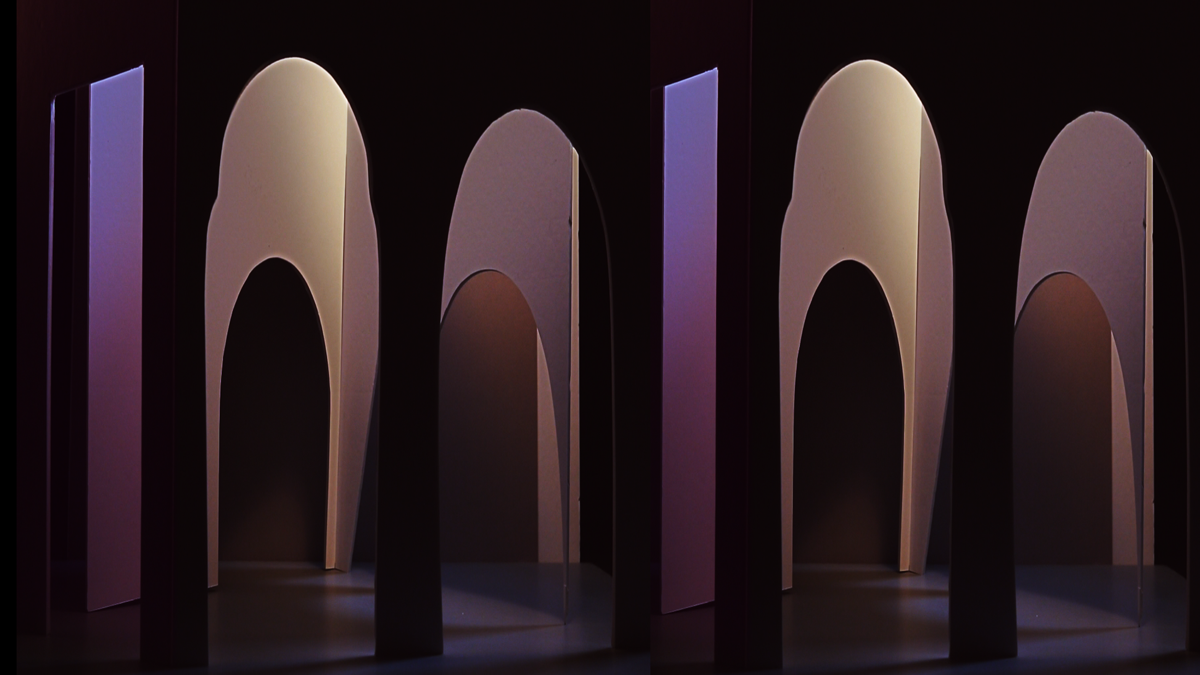 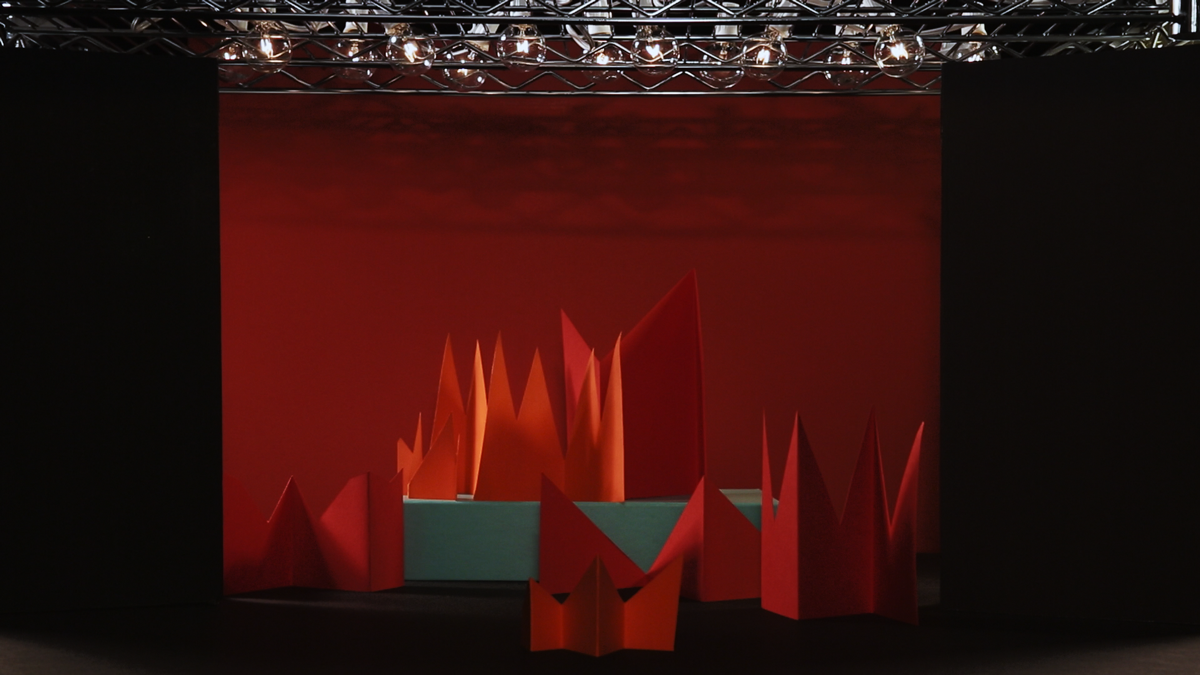 In a recent article on the art of perfume, the British musician and artist Brian Eno highlighted the subjective and ever-shifting sensory cues that are inherent in the world of smell as a metaphor for how technology might influence the future of art and culture. It’s a fitting analogy for multidisciplinary artist Sahra Motalebi, whose work explores the intangible intersections of architecture, music, and performance, combining them into striking audiovisual bouquets.

Born into a Persian family in Birmingham, Alabama, Motalebi first studied classical vocal performance and visual art before attending Columbia’s graduate School of Architecture. Such a diverse education left her keen to explore the relationship between the built world and the ephemerality of performance. “I’m influenced by ideas of early 20th-century experimental theater in which disciplines of art, performance, and architecture converge,” explains the 36-year-old during a stroll in Brooklyn’s Fort Greene Park, near her studio. “I trained classically as a singer, so the convergence of the visual and music in opera always drew me in. But so did the actual spaces of the concert halls themselves. Maybe it was the potential I saw in them. Wherever performance — musical or otherwise — is on the scale of ‘relationality,’ architectural space is always presiding, in a way.”

For her recent Sounds from Untitled Skies, a 40-minute performance which Motalebi describes as a series of “six landscape portraits for the stage,” the artist created a hermetic world that flits delicately between the temporal realms of music and video and the solid permanence of architecture — albeit that of the dreamiest kind. For each of the six “poems” (as she calls them) that make up the performance, Motalebi built small-scale architectural maquettes using everyday materials such as clay, cardboard, glitter, paper, plastic, and even cat litter. The maquettes and their simple surroundings transformed into objects that nodded towards the scaleless geometries and curvilinear forms of Surrealism. Motalebi then filmed the resulting “landscapes” and projected them onto a scrim during the performance. Transformed by this radical shift in scale, the projected maquettes suggest an odd and beguiling built environment that sets the tone for the oblique narratives in the six poems, which she delivers in a haunting contralto. “Obviously the experience of a performance is ephemeral or impermanent. But often the material I’ve worked with in the stage sets, while it may read as monumental or weighty, is actually just light-weight paper products. In these cases the video that constitutes the scenography is the only evidence of a short-lived three-dimensional set.” Songs from Untitled Skies debuted in April 2015 at the Crowley Theater in Marfa, Texas, then traveled to Hydra, Greece, and finally to The Kitchen, in New York City, in September. It will also be broadcast by Clocktower Radio.

Motalebi is currently preparing Rendering What Remains, a “durational artwork and experimental opera” that promises to bring the bud of Sounds from Untitled Skies into full flower. The piece focuses on the interaction between two characters, “one woman projecting into the future imagining architecture and landscapes distorted in scale, the other reflecting backwards in time, contemplating an alternative, ‘offline’ childhood overgrown in nature.” Motalebi’s approach to abstraction is ultimately about the distillation of experience, refracted through a sort of glistening filter. Variations on personal spatial perception gleam through her work as though through the facets of a crystal. Architecture exists somewhere between mind, body, and senses but, despite the digital age’s screens and clouds, the physical world must still be reckoned with, Motalebi’s work suggests. “It comes down to materiality,” she muses. “It seems as though we’re moving toward total dematerialization, but the physical fact of bodies, buildings, and objects in space persists.”

Taken from Female Genius, a special feature in PIN–UP 19, Fall Winter 2015/16 in collaboration with Topical Cream.