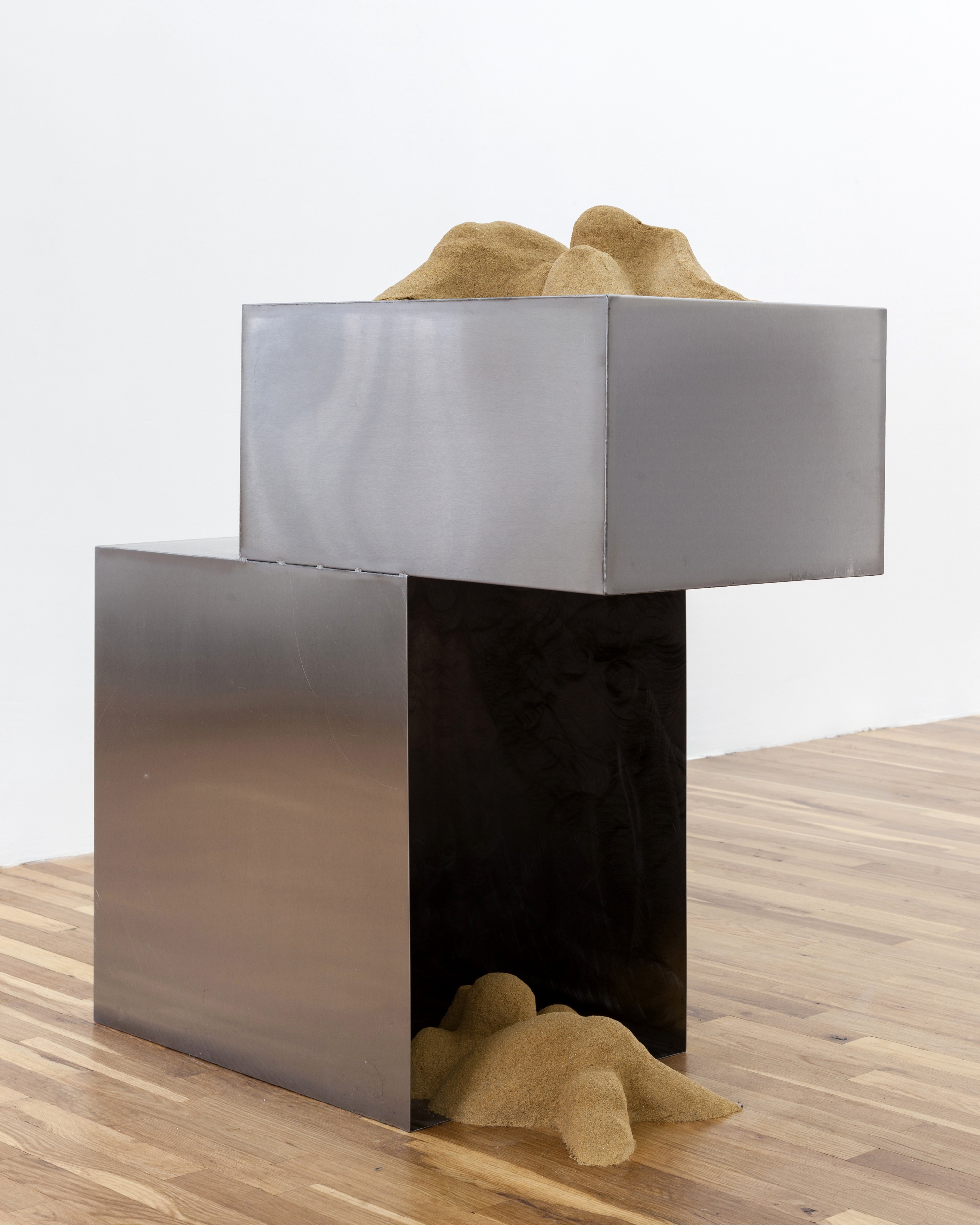 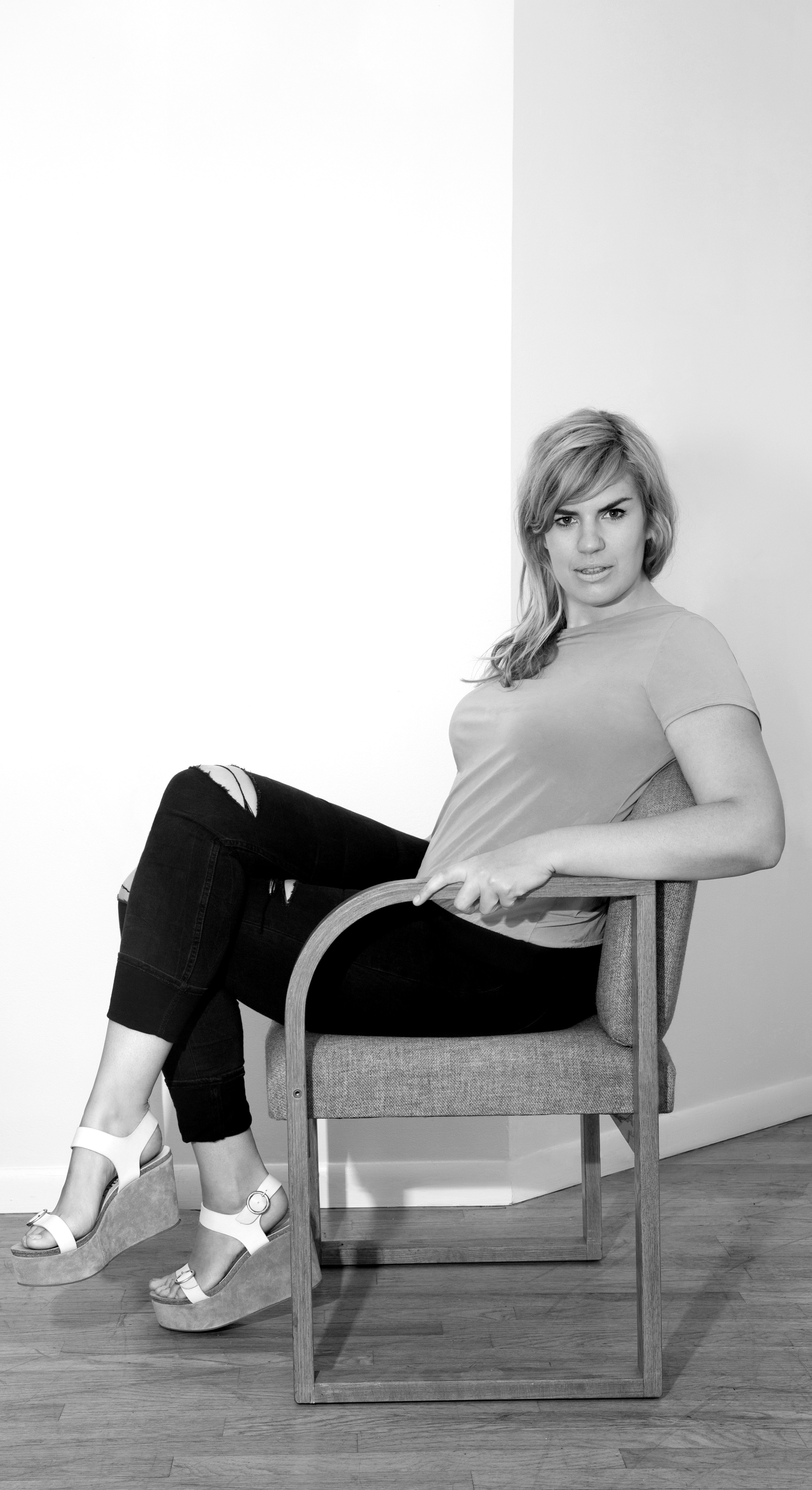 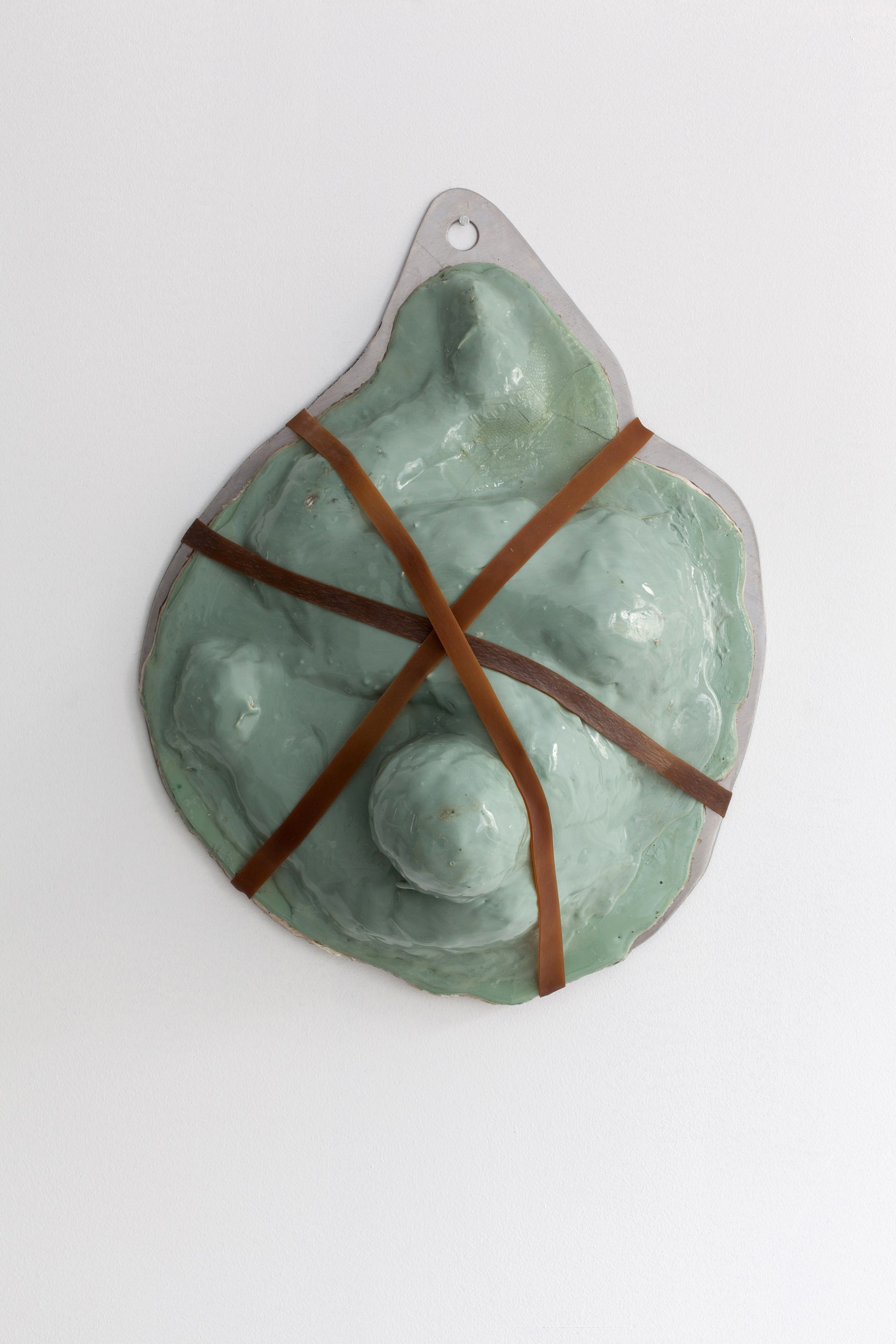 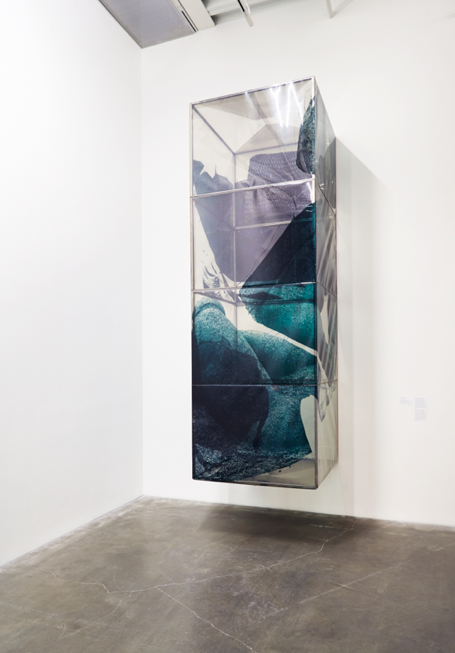 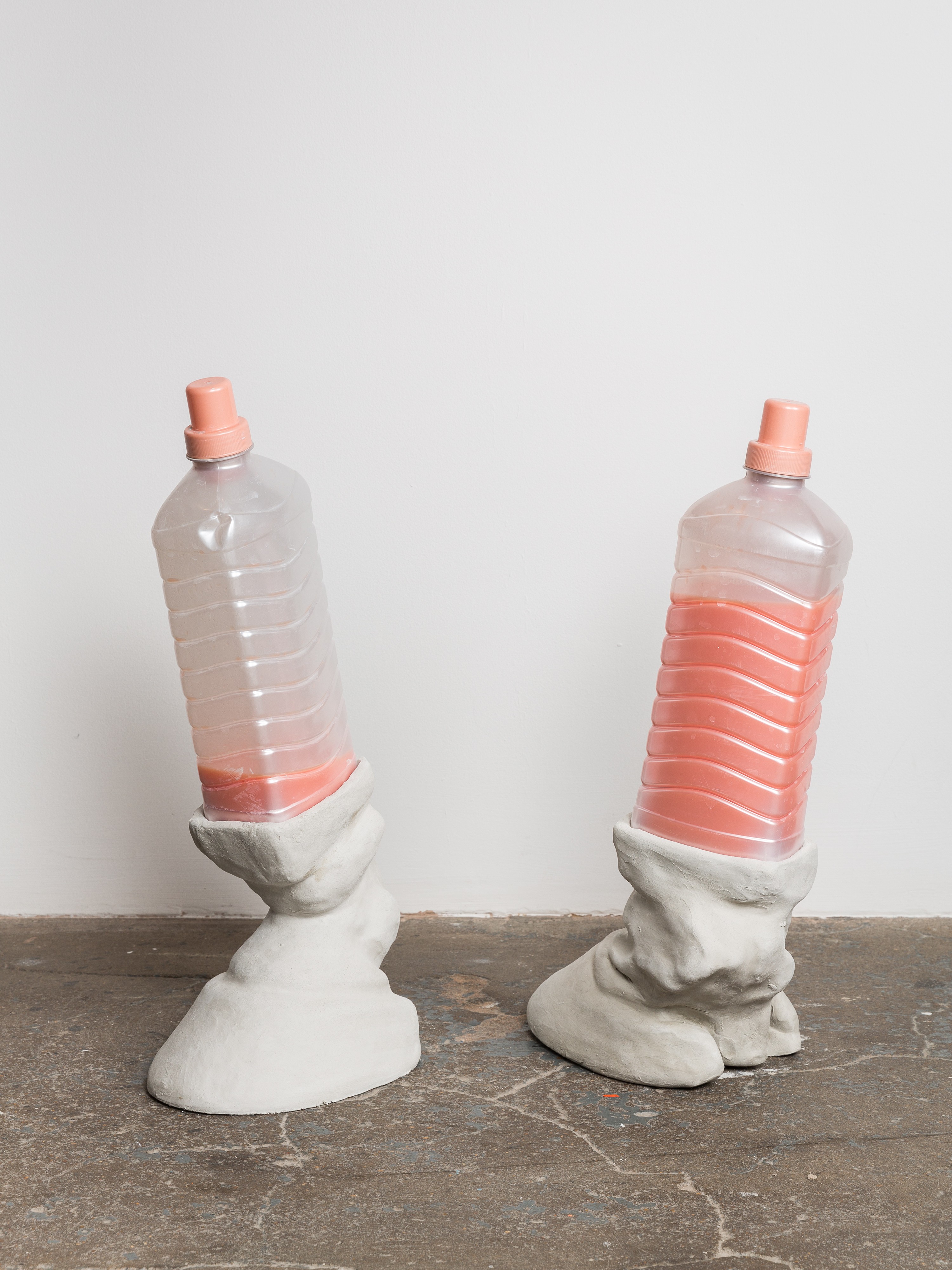 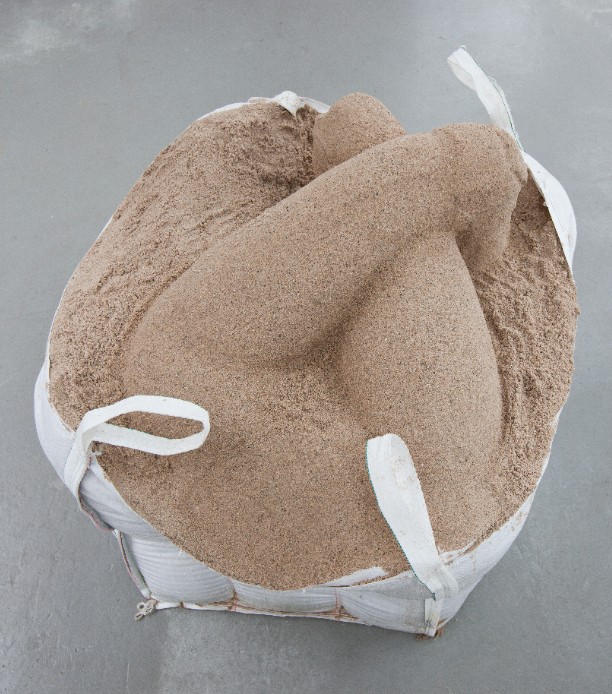 Last year, the German artist Lena Henke visited Rome for the first time and freaked out. “I freaked out!”, she says. “Of course, I’m a big Bernini fan. I also visited the Gallery of Maps in the Vatican where every village in Italy is painted, so when you walk through it, you walk through all of Italy.” Henke stopped in the Eternal City on her way to the 2015 Venice Biennale, where she and Marie Karlberg held a group show titled Please Respond as part of their New York-based curatorial project, M/L Artspace. From Rome, she traveled north to the Parco dei Mostri in Bomarzo, a 16th-century garden famed for the total strangeness of its monsters, a group of monumental Mannerist sculptures by Simone Moschino. One of the park’s best-known works is the head of Orcus, an underworld god from Greek and Roman mythology, carved out of the local bedrock. Inside Orcus’s mouth, which is frozen open in a cavernous scream, his tongue forms a table. “The sculpture is the architecture,” says Henke. “The friend I went with said how she wanted to build her own house, and suddenly I thought, ‘That’s a really good idea.’ I think a sculptor’s dream is really to build your own world and environment.”

In Henke’s Williamsburg studio, posters of Bomarzo’s monsters line the walls alongside print-outs of the East River bridges. Her window looks out to the Brooklyn-Queens Expressway, under which M/L Artspace held their first exhibition, a four-hour sculpture show called Under the BQE in 2013. “Here you go, New York,” wrote Caroline Busta in a text accompanying the exhibition. “Here is your living underground, your young artists squatting — occupying! — that mythic zone the city is said to have once possessed.” Weird topographies, Robert Moses-era city planning, and the undersides, backsides, and flipsides of public space and structure point to some big questions in Henke’s work: what factors — temporal, physical, political — demarcate and program space? What is navigability? What is obstruction? When is form fixed and when is material reclaimable? How does one make a map?

Henke grew up in Warburg, Germany, and moved to New York in 2013 after studying under Michael Krebber at Frankfurt’s Städelschule. Without a permanent studio, Henke worked mostly from the local Starbucks, where she would sit and draw the way fellow customers’ bodies hung on “these long benches where everyone is back-to-back, Skyping.” It was the inspiration for Hang Harder (2012), her first institutional solo show at the Neuer Aachener Kunstverein in Germany, where she presented 40 panels of wood coated with tarpaper and epoxy resin that she variously laid flat on the floor or propped up against the walls and in the corners, often atop borrowed folding chairs. Henke mentions Richard Serra in relation to Hang Harder’s tar, and he’s there in the architecture as well, as is Starbucks — except that where a Serra sculpture and corporate interiors constrict the body, Hang Harder leaves the body alone and constricts space, the acute angle of its largest piece concealing the gallery windows and fire-exit doors, blanketing all possibilities other than itself.

Once the show was over, Henke used its materials to build Core, Cut, Care (2012), at the Oldenburger Kunstverein. She arranged the new series of sculptures, again based on Starbucks-like interiors, into various tableaux across the gallery. In Henke’s mapmaking, relationships between elements become content, and what often ends up materialized are imprints, inverses, interiorities, and impressions. In a 2015 joint show with Max Brand entitled Looking at you (revived) again at Off Vendome gallery in New York, Henke exhibited her Female Fatigue series: abstract geometric representations of landmark Manhattan buildings (and one incident, the Hurricane Sandy crane collapse) fabricated in brushed stainless steel, inhabited by small, recumbent female forms cast in sand. As the women appeared to dissolve — into steely New York, into private, enveloping fatigue — their jock-cup-like molds, which Henke also exhibited, insisted on exteriority, cohesion, and containment.

Henke is currently working on an illustrated self-portrait of sorts, something like a Lena Henke Gallery of Maps, or a Lena Henke Orcus head, or even a Robert Moses-like vision for the urban structure of Lena Henke. Drafts in her studio depict an outline of Manhattan (de)formed into a large horse’s head, filled with totems of Henke’s New York: the real Orcus is there, along with works from Female Fatigue, the BQE, and a floating slogan from the gardens of Bomarzo that exhorts all who enter to surrender reason (“lasciate ogni pensiero voi ch’entrate”). Where the horse’s brain would be, a cutaway into the Freedom Tower reveals Henke herself, surveying her city, rearranging miniatures of each element to determine what comes next.