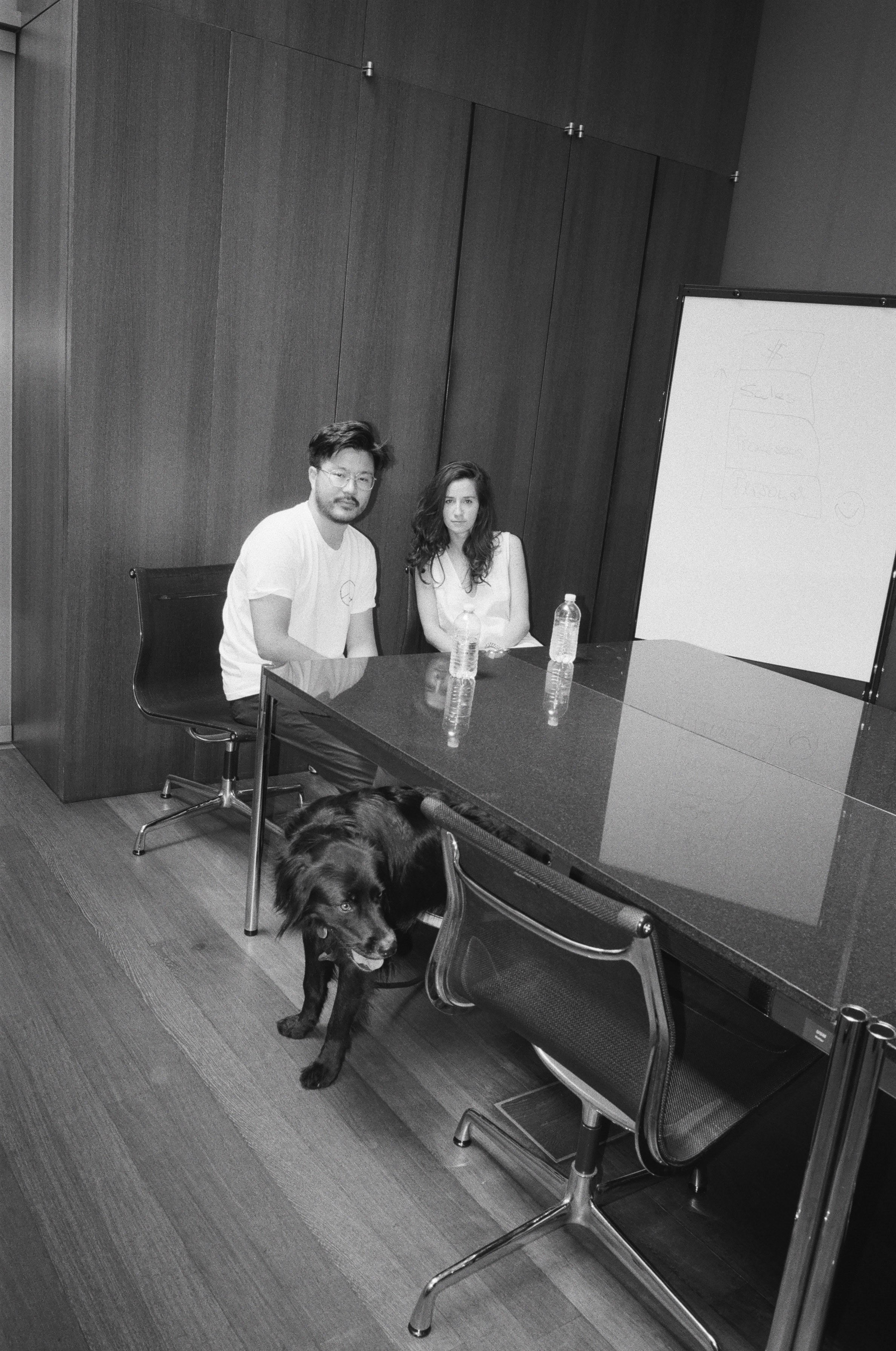 Rem Koolhaas’s 1978 classic of architectural theory-cum-social fantasy Delirious New York closes with a surreal parable about a group of Russian Constructivists who swim to New York via a giant floating pool. In Madelon Vriesendorp’s accompanying illustrations, the pool is a big blue strip bobbing inexplicably in the middle of the Hudson River — not unlike the renderings of Family’s +POOL concept, an audacious proposal for a real-life, water-filtering swimming hole in New York City’s East River. The similarities may not be entirely coincidental. Oana Stanescu and Dong-Ping Wong, the founders of the Manhattan-based firm, first met in the mid-00s while working at REX, the New York offspring of Koolhaas’s firm OMA. +POOL may be cross- rather than strip-shaped, but in spirit it’s not far from the Koolhaasian ideal of the urban uncanny, an experiment in the hyperactive possibilities of city life. Family first devised the idea for +POOL in 2010 and, thanks to a truly massive list of institutional and individual backers, it’s currently in development.

“We always come back to the pool as the perfect center point in our projects,” says Wong. “It represents everything we’re interested in trying to do, from community outreach to environmental and technological innovation, to just having a sweet space to hang out in that’s weird and iconic.” Keeping these objectives in sight, the firm has struck out into ever more adventurous territory over the last six years: they’ve proposed a circular bridge, acting as both a crossing and a public amenity in the middle the Drava River in Maribor, Slovenia (2010), as well as building a store for Virgil Abloh’s Off-White line in a narrow plot in Hong Kong that has a “jungle entryway” and a “quarry-like interior” (2014). It’s all part of Family’s urban vision, one that sees cities as the most easily mobilized unit in the global effort to change the way the world works. “Today, cities are more purposeful than their national governments,” says Stanescu. “It’s important to be more proactive.”

Trying to stay one step ahead of the cultural curve has been Family’s modus operandi from the get-go — their first realized project was Worms, a 2010 installation for the New Museum’s Ideas City Festival that attempted to enliven the familiar street-fair experience by channeling visitors through a warren of colorful nylon tubes. The same enterprising approach brought them to what would possibly be, for less intrepid offices, the literal peak of their careers: their set design for Kanye West’s 2013 Yeezus tour. Featuring a giant mountain and an artificial sun, it made a suitably grandiose backdrop for a performer trying to create a theatrical version of the second coming. (Though who can imagine him being content with only two?) “He’s one of the hardest-working people I know,” says Stanescu of West. “We would hold back, trying not to go all out, and then he would push the concept further.” Working with the hip-hop messiah was good prep for their next big gig — a church in Copenhagen. “It’s super fun, and super weird,” says Wong. Sounds like Family is in its element yet again.