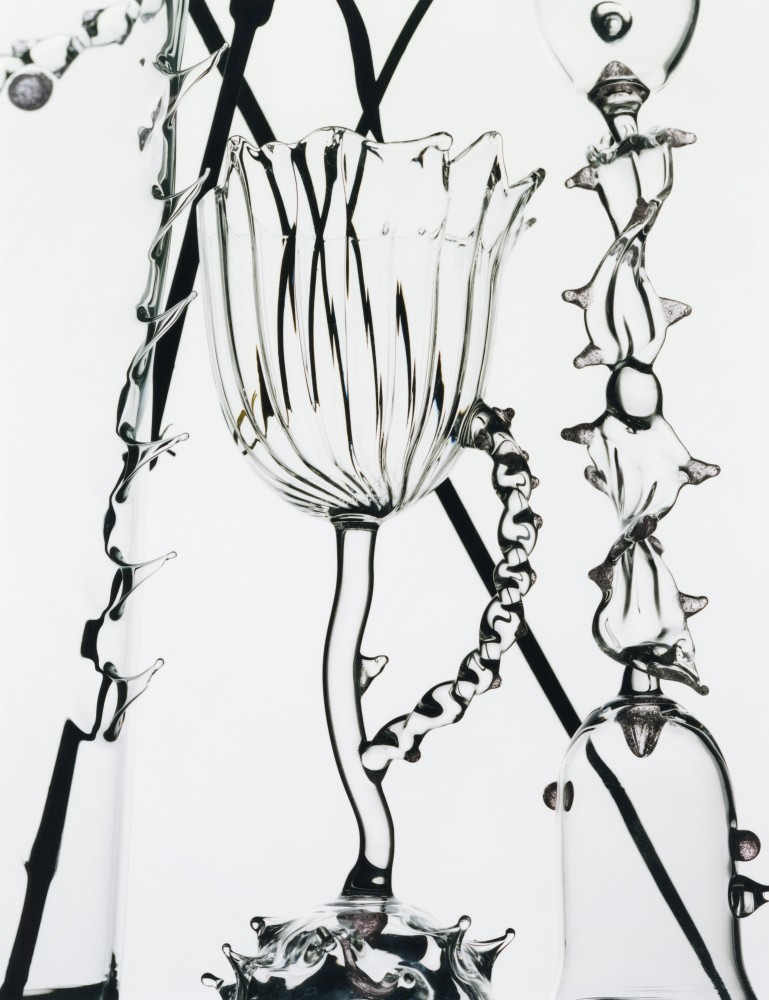 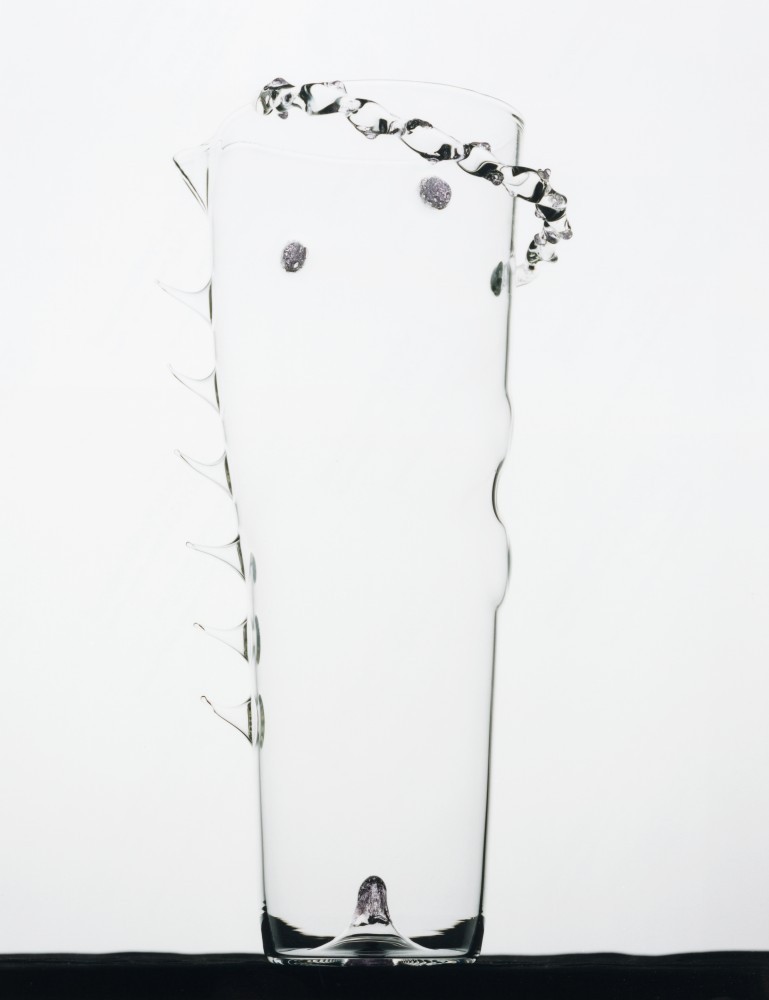 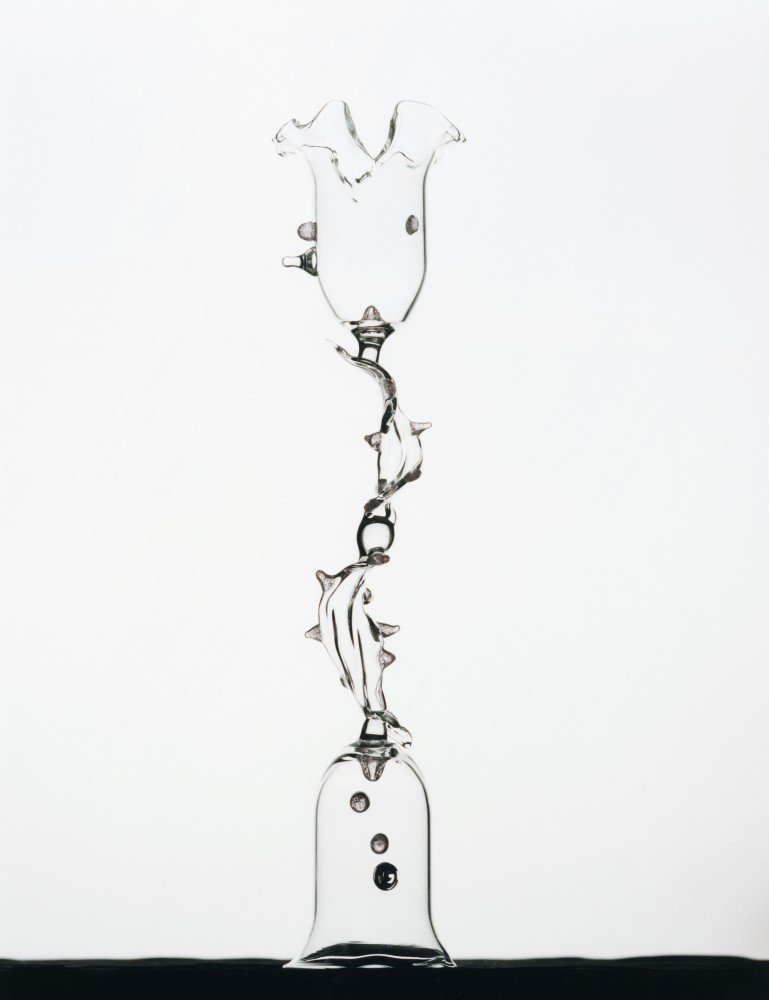 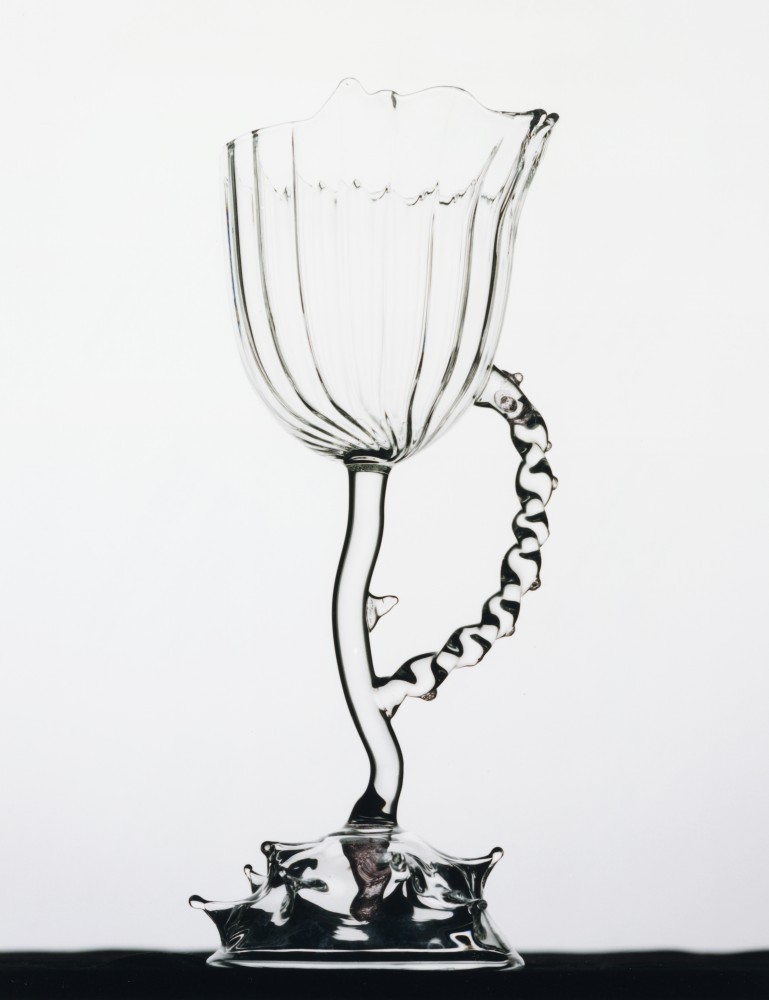 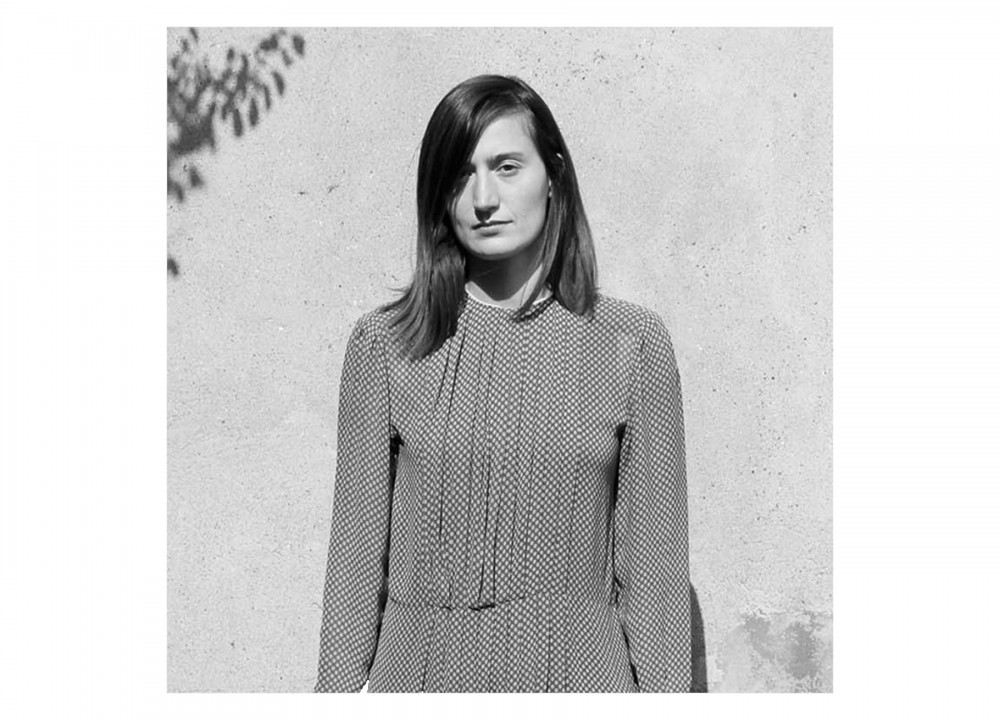 Rather than looking for simple answers, artists revel in paradox. Forging links among the most disparate things, they craft drama by sharpening opposites into ironies and lacerating surfaces to reveal depths. They create layers, meanings, metamorphoses, and bitter sardonic pleasures. All this explains why Valentina Cameranesi Sgroi, art director, set designer, and maker of objects, has reached for the heights of the enigmatic with the most ethereal material that still can be touched: glass. Not just any glass, but that paper-thin transparent nothingness called borosilicate, used in chemistry labs for its acute capacity to resist chemical change and withstand thermal shock.

The signora has named a borosilicate glass dining service Aether — a ten-piece setting of glittering wine glasses, candlesticks, carafes, and vases she designed for Silvia Fiorucci-Roman — in reference to the Greek primordial deity of the upper air that is fit only for the gods to breathe. However, these creations are more than the epitome of the ethereal. When you see the shark-fin blades running down the side of one wine glass that seem to threaten your hand, or when your eye follows something slithering inside a candlestick base that bears a strong resemblance to the highly poisonous tentacle of an Irukandji jellyfish, the reference seems to be to the dark secrets of the watery depths, not the sky. On the other hand, could not that very same wine glass be just a harmless blossom, its meandering glass strand nothing more than a soft floral tendril?

Cameranesi Sgroi has all her glass designs precisely blown and shaped by artisans Massimo and Federico Pagnin at a small family-owned studio in Paderno Dugnano, near Milan. Carefully following her drawings and notes, they blow thin glass vessels, afterwards pinching the still-hot surfaces to draw out the spiny details. She herself draws inspiration from a diverse collection of media from the world of fashion, perfume-bottle design, and even film. One of her startling sources is the blood-red scene from David Cronenberg’s Dead Ringers in which a deranged surgeon arrives at the operating table to set out grotesque and frightening gynecological instruments he has had hand made.

Cameranesi Sgroi is a master of many ambiguities, bringing us lessons and joys from both the natural world and her own fantasies, transfigured into something rarefied yet threatening, playful yet exalted. Under her penetrating eyes, the so-called “inferior” decorative arts surpass their fine-art brethren with overlapping tropes, flowers that become poisonous sea creatures, and the uneasy reconciliation of opposites.

Text by Bruce Benderson, an American author, publisher, and translator. His books include The Romanian: Story of an Obsession, Against Marriage, James Bidgood, and Toward the New Degeneracy. In 2004 he won the prestigious French literary prize, the Prix de Flore for Autobiographie érotique, the French version of The Romanian: Story of an Obsession.