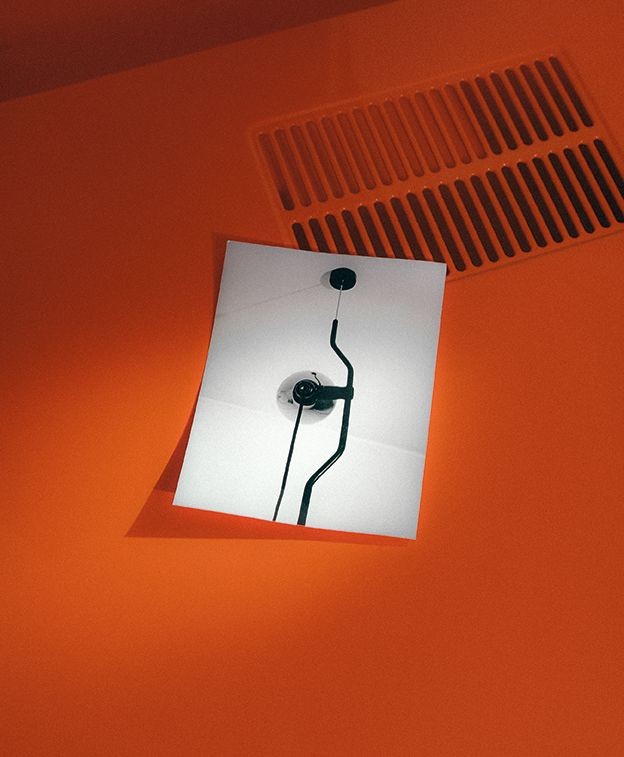 Close-up detail of the two bracket-shaped nickel-plated tubes that are the signature of the Parentesi light. The photograph is placed on the hood of a Fiat 127, engineered by Pio Manzù, the same industrial designer who had the original idea for the Parentesi. 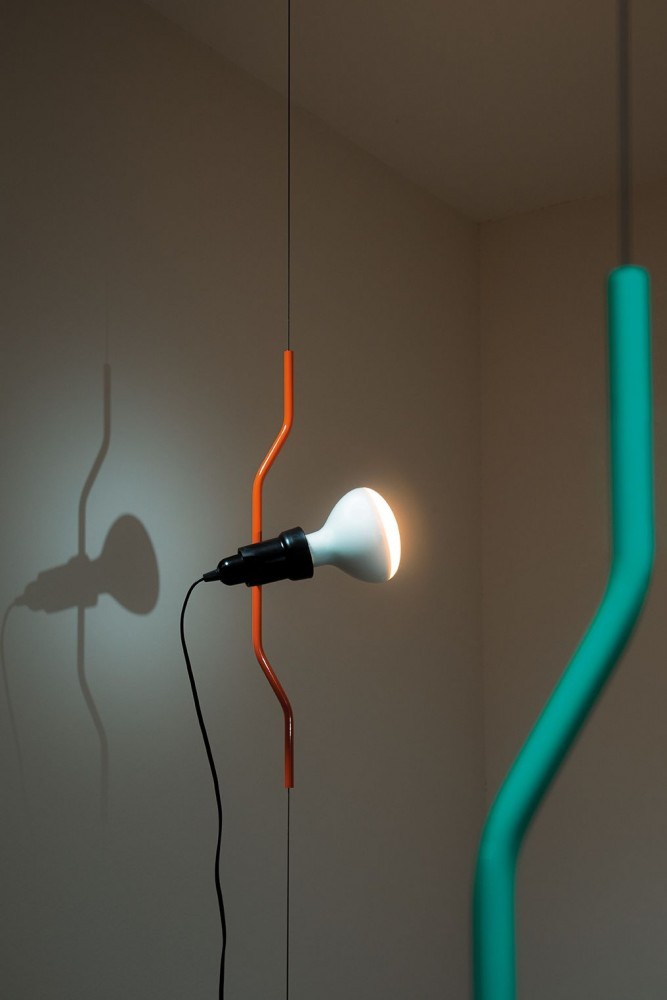 The Parentesi in red (left) and turquoise (right). The light is made up of only a few parts which are easy to assemble. 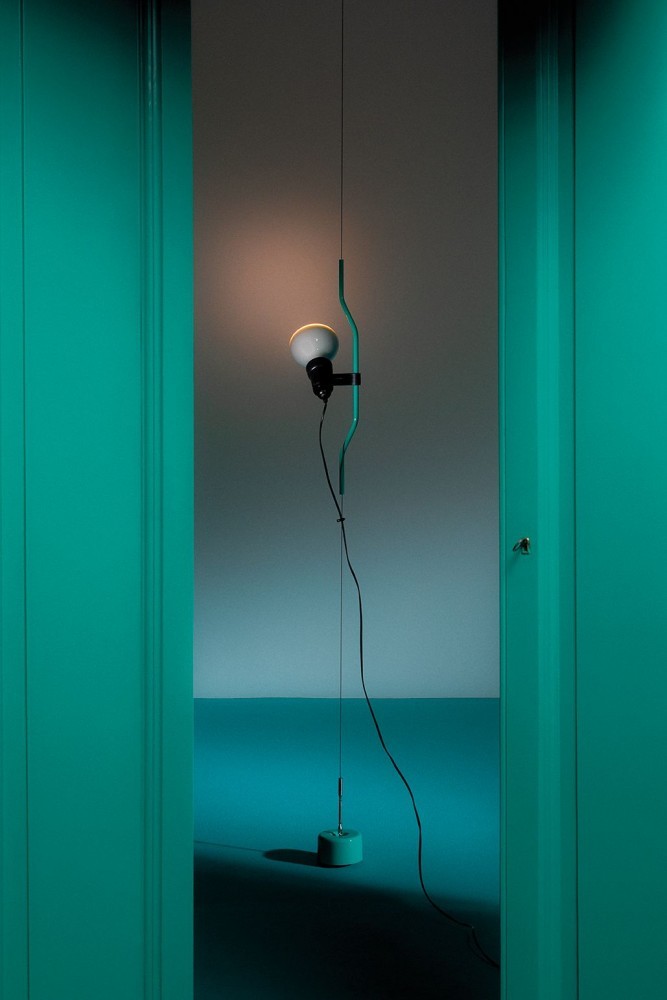 The Parentesi shown in one of the new anniversary colors. Achille Castiglioni loved the turquoise so much he used it for all the doors in his home. 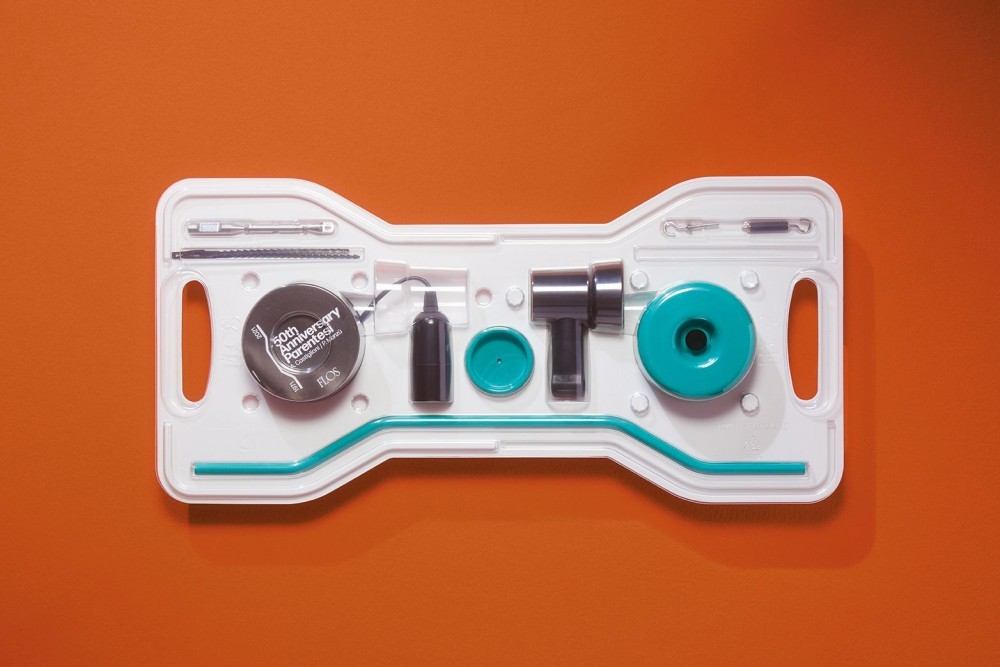 For the Parentesi anniversary, Flos reintroduced and improved the original packaging: the portable transparent plastic sleeve is now made entirely out of recycled PET (polyethylene terephthalate). 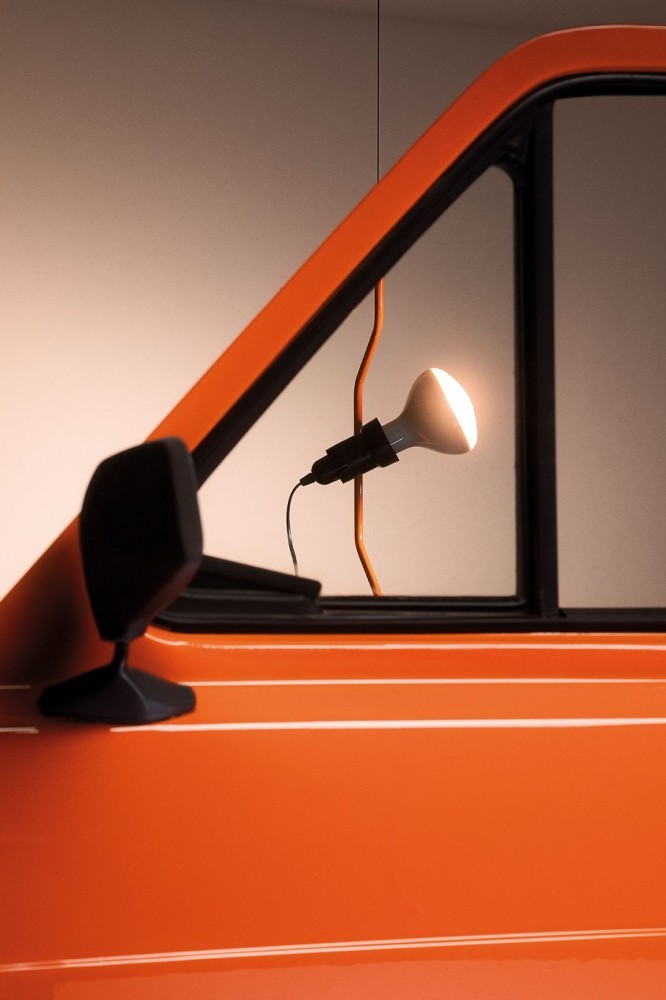 The signal orange for the re-edition of the Parentesi is an intended as homage to one of its co-creators, the Fiat designer Pio Manzù. 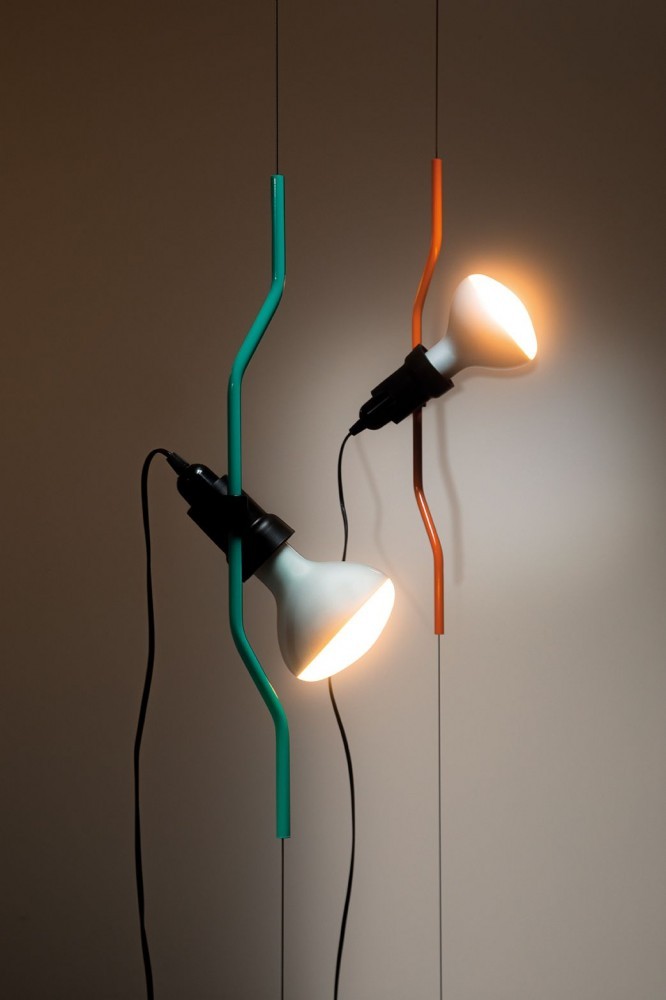 The Parentesi in red (right) and turquoise (left). The light is made up of only a few parts which are easy to assemble.

When it was launched in 1971, the Parentesi suspension light was a great reminder of what happens when the clichéd balance between form and function is gleefully sent up. The concept seems ridiculously simple: hang a wire from the ceiling, anchor it to the floor with a small weight, then add a light fitting that slides up and down, bracketed by two nickel-plated tubes. Fifty years later, the playfully utilitarian, industrial-chic lamp still strikes a c(h)ord.

The Parentesi is quite possibly one of the first posthumous “collabs” in design, between Pio Manzù (1939–69), the industrial designer behind the Fiat 127, and Achille Castiglioni (1918–2002), the prolific Italian design icon who produced dozens of lights for Flos, most of which are still production. Manzù first drafted the light in the mid-1960s, but then tragically died in a car crash at the age of 30. With the blessing of Manzù’s widow, Castiglioni — who had never met Manzù — evolved the concept, and it was then put into production by Flos, earning its place in the canon of modern lighting design.

For the Parentesi’s 50th anniversary, Fabio Calvi and Paolo Brambilla, Flos’s new design curators, decided to pay homage to its designers with a new edition in two colors: orange for Manzù, which he frequently used for his automotive prototypes at Fiat, and turquoise for Castiglioni, a personal favorite that features in many of his projects (for the official launch, Castiglioni’s daughter Giovanna brought an original door from the family home, painted in the exact some hue). The Parentesi 50, as the edition is called, also adds color to the lamp’s base for the first time: original sketches indicate that it wasn’t meant to be black, as it is known today, but the limitations of coloring rubber in the early 1970s forced a compromise.

Perhaps the most exciting part of the new edition is the packaging. The original version was sold in a portable and transparent plastic shell, like something you’d take off the shelf at a home improvement store (the reference was actually promotional cases Manzù had designed for Fiat.) The concept was abandoned after a few years, due to the shell’s fault-prone plastic fasteners. Now, Flos has not only resurrected the original packaging but has made it entirely in recycled (and recyclable) plastic. If history is anything to go by, Parentesi 50 will quickly become a collector’s item.