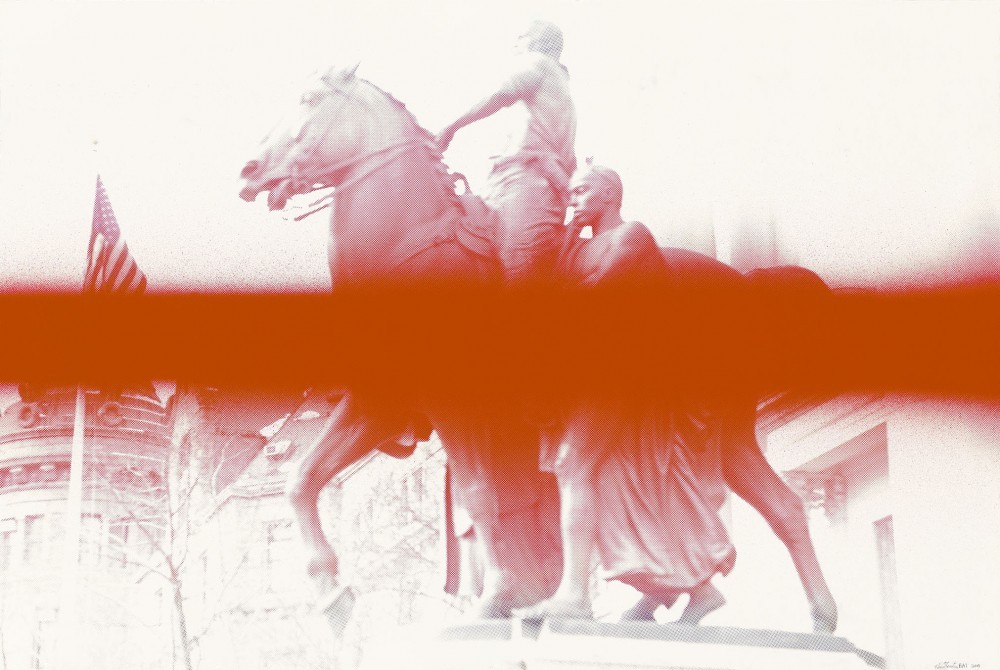 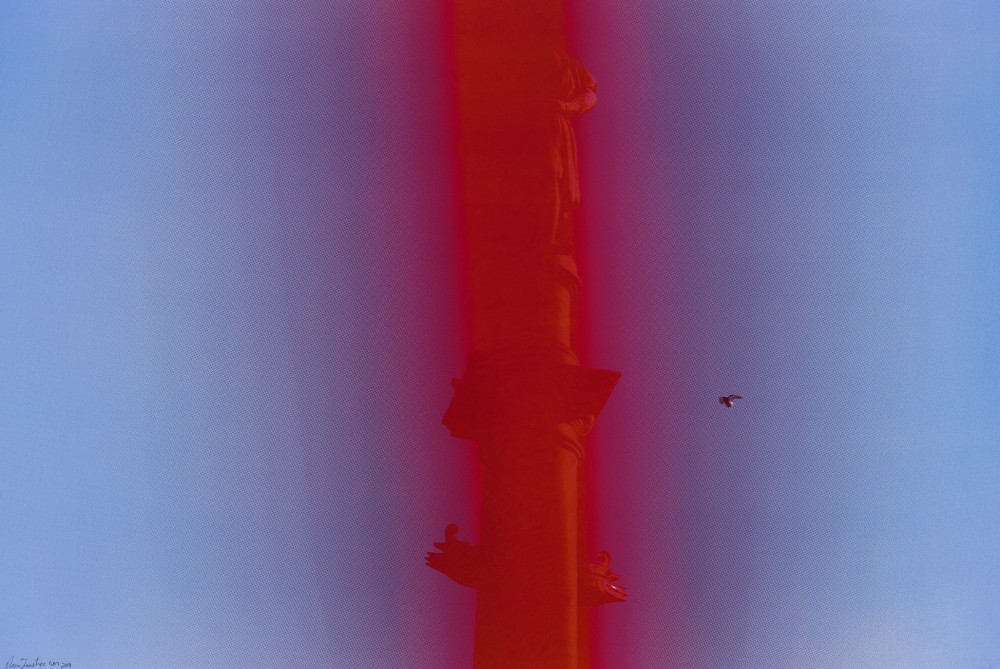 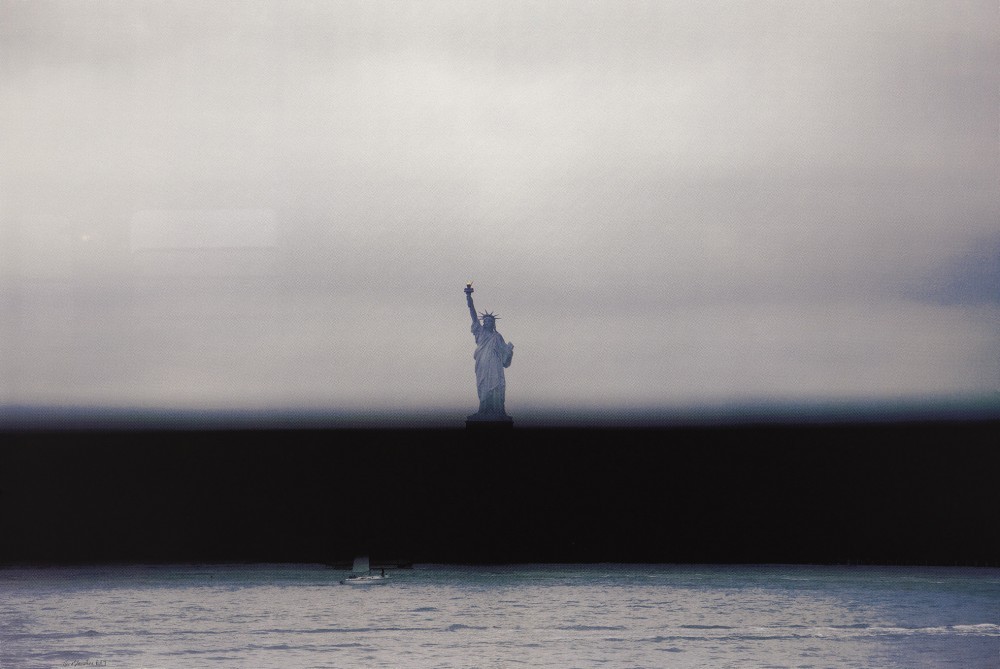 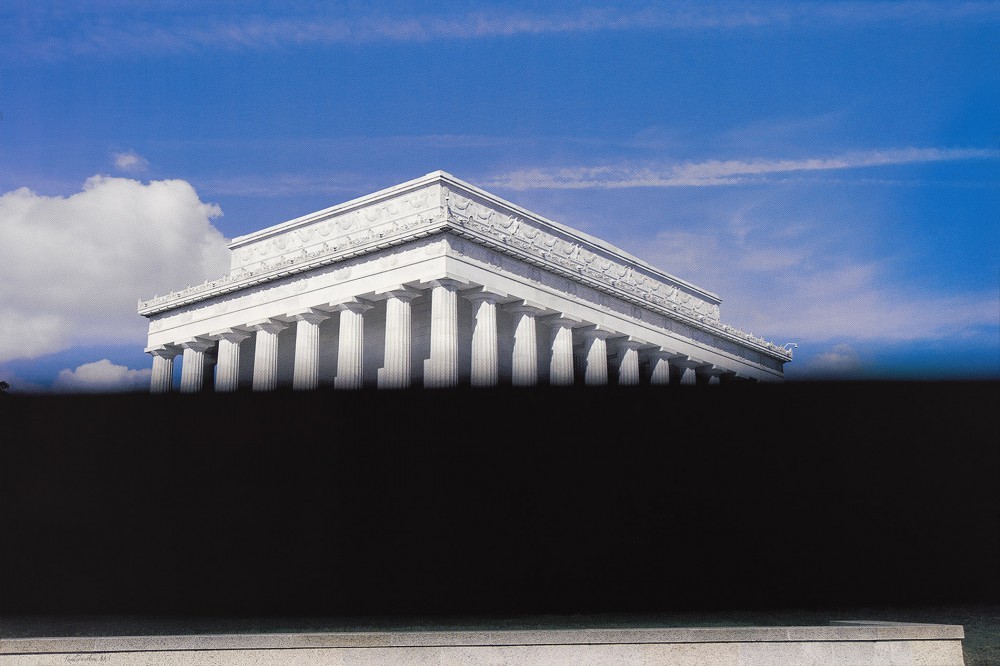 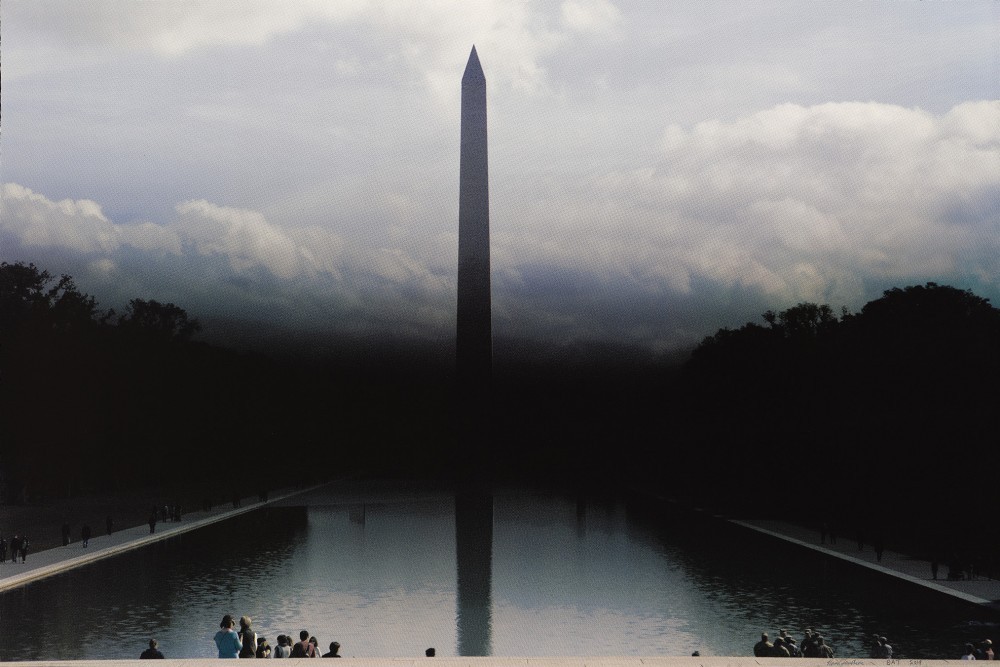 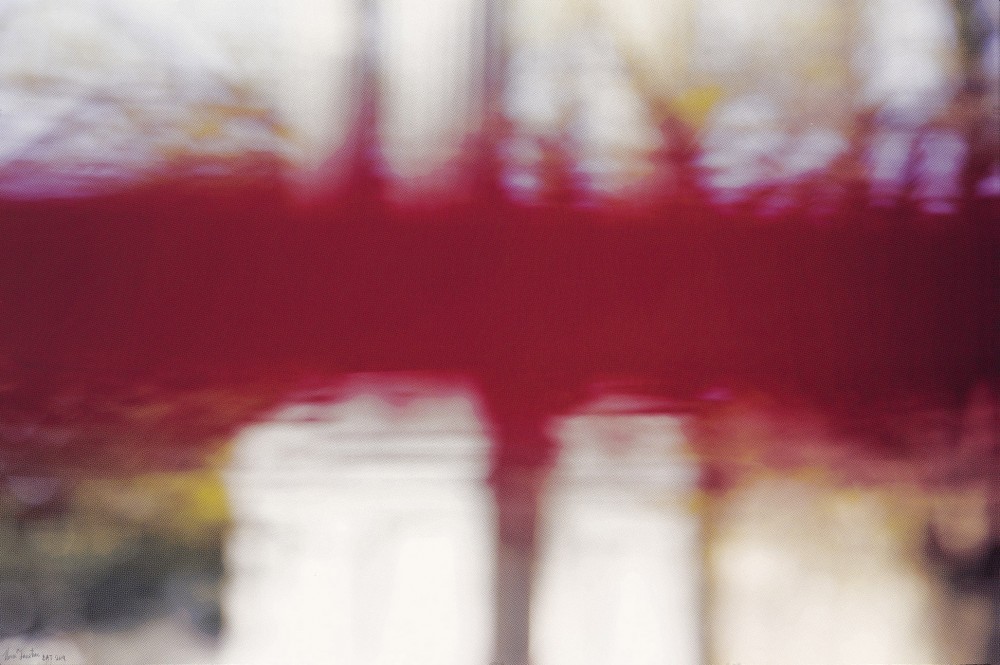 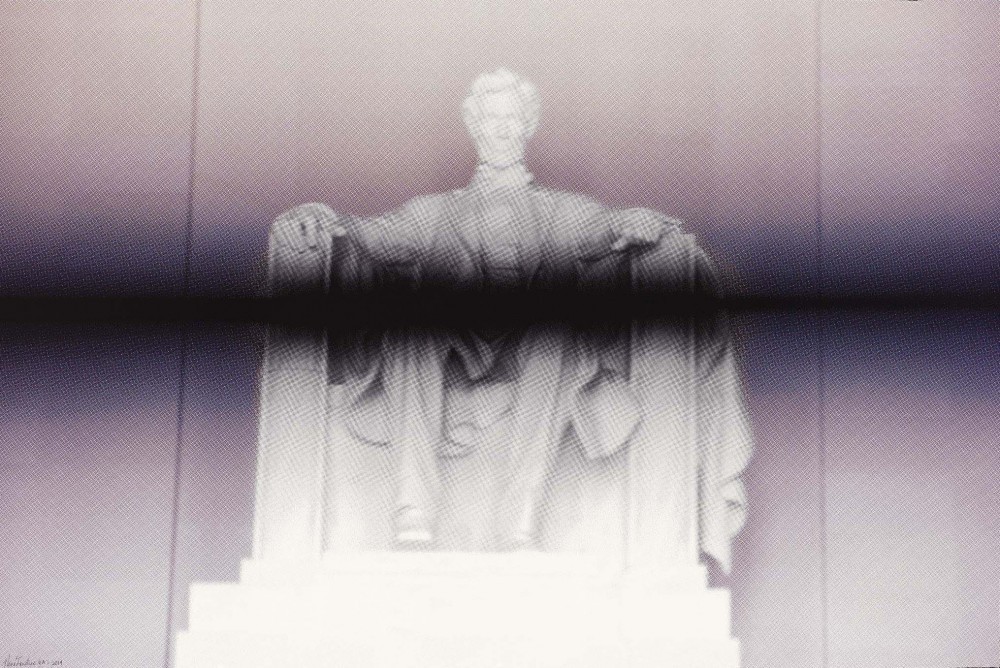 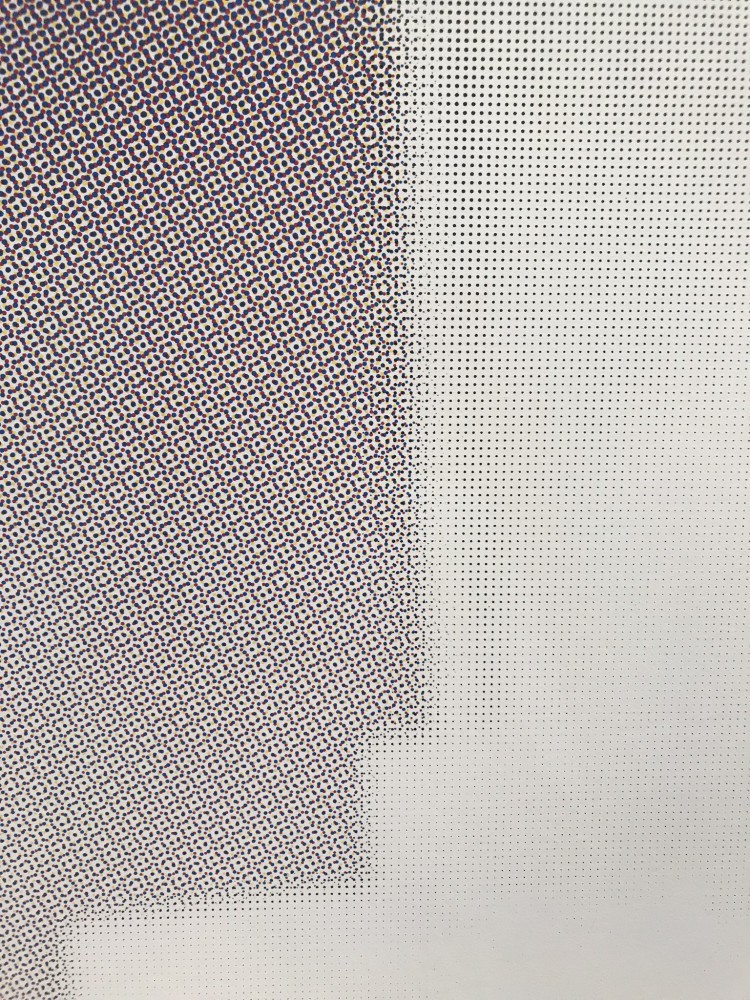 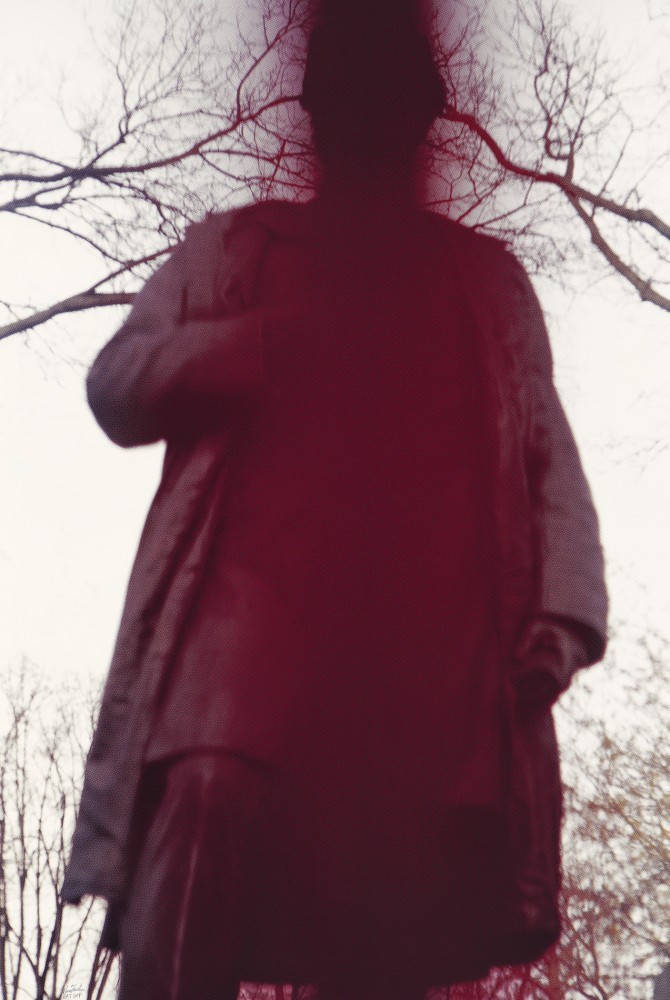 Photographer and visual artist Nona Faustine seeks to answer to, correct, and reclaim an American history loaded with untold truths. My Country, her most recent series in collaboration with New York print studio Two Palms, is no exception. In eight intricate silkscreen prints of her photographs, Faustine weaves an autobiographical take on her relationship to several iconic American monuments from the Lincoln Memorial to the Statue of Liberty, her work part of a larger movement to reexamine a “whitewashed” history whose often racist protagonists have been literally put on a pedestal for centuries.

Faustine, a Brooklyn native, selected statues that depict historical figures like Christopher Columbus and Stonewall Jackson, “great men, heavily flawed men, men who did not believe that all men were created equal,” their prominent placement in public space suggesting that they embody the ideology of America while giving a cold shoulder to the heavy legacy of slavery. The silkscreen prints are composed of tiny dotted patterns of color which from a distance read as photographs, distorted by a black or red bar partially concealing their patriotic grandeur. “That black line is showing the current of black history that runs through these monuments that is not being acknowledged,” Faustine explains. Slave labor was fundamental to the founding of the United States, let alone its growth into a superpower — yet, the enslaved millions that built and fought for this country as well as Black Founding Fathers like Harriet Tubman and Frederick Douglass have yet to find institutional physical permanence in the way Lincoln and Washington have. Faustine asks, “Where are their monuments? They’re just starting to be made.”

Fragment of Evidence, the first work in the series, was inspired by the Statue of Liberty capturing Faustine’s eye during a ferry commute, part of the monument eclipsed by an obstruction in the foreground. She found this visual paralleled the history of the statue, a gift from France to celebrate the end of slavery, which had been distorted in the cultural imaginary.

In addition to still-standing monuments like the American History Museum’s bronze of the equestrian Theodore Roosevelt, accompanied by a Native American figure and African figure on foot, Faustine examined the recently-replaced statue of Dr. J. Marion Sims, considered “the father of modern gynecology” only by way of experimentation on enslaved Black women, performing operations without anesthesia or informed consent. In her rendering, the figure is washed in red, a halo of the same color surrounding Sims’s head. Faustine sees red as possessing a special vibrancy, suggesting that these statues vibrate with the history and weight of their subjects, holding energy and taking up space beyond simply the physical.