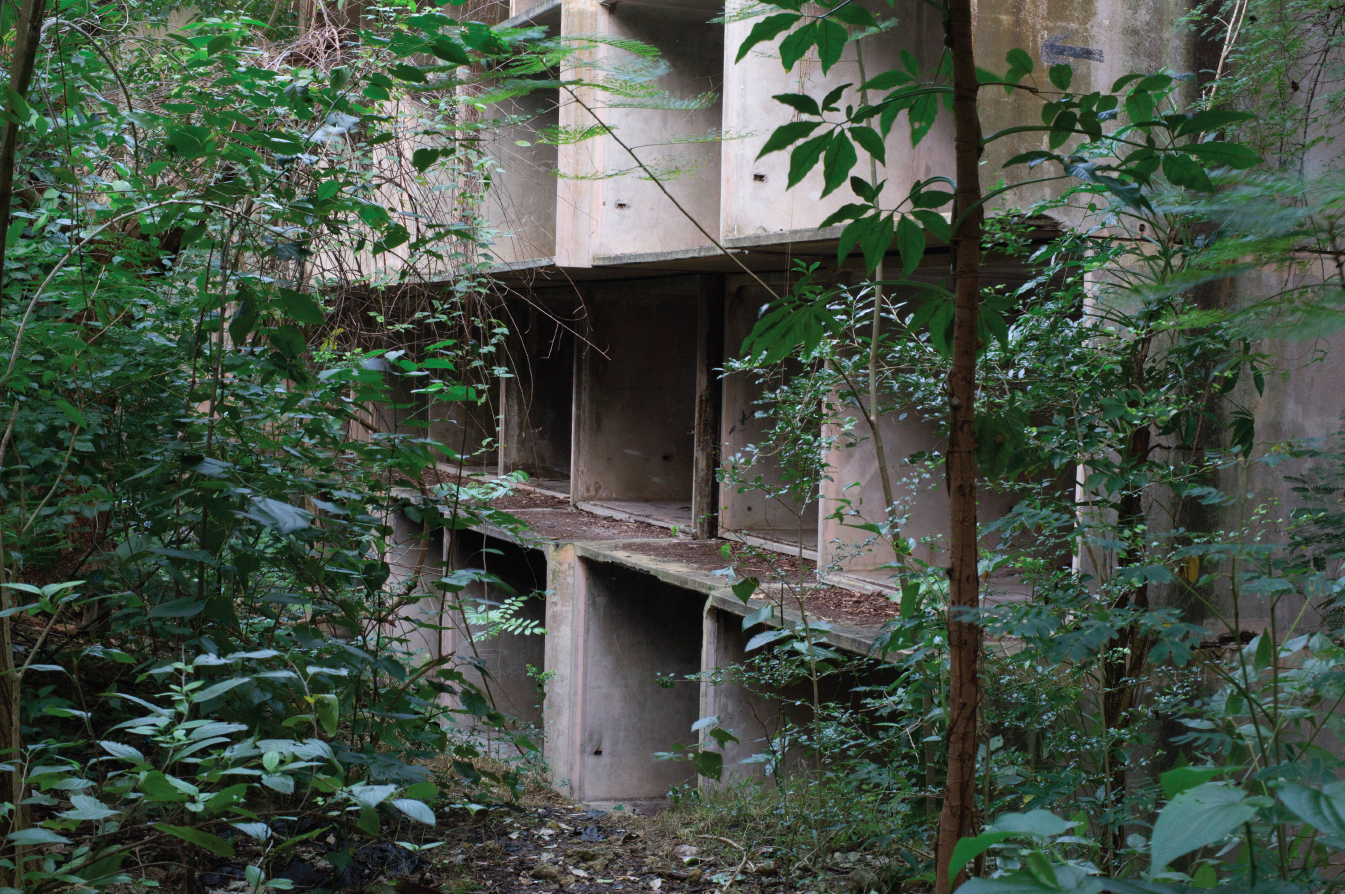 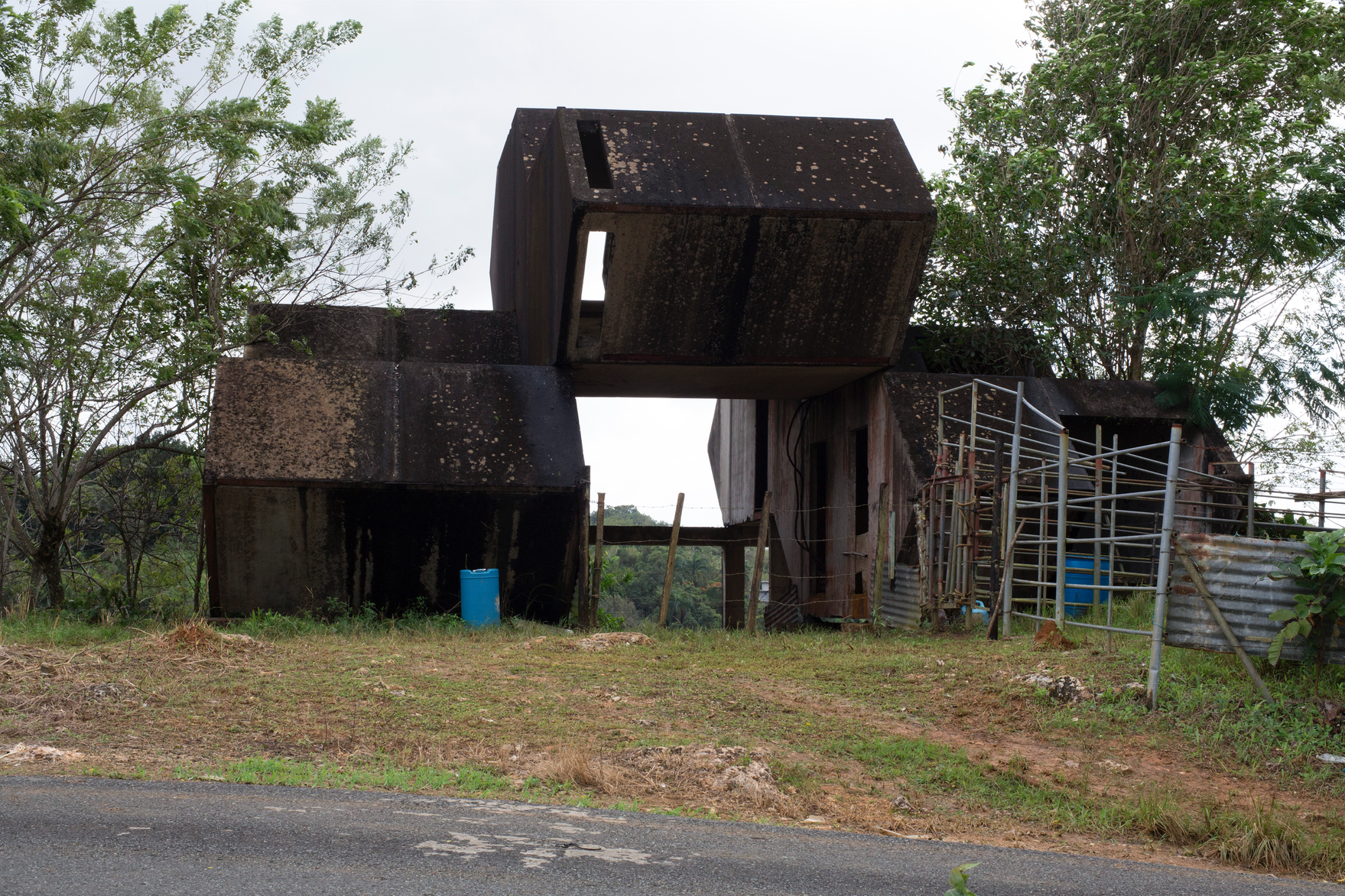 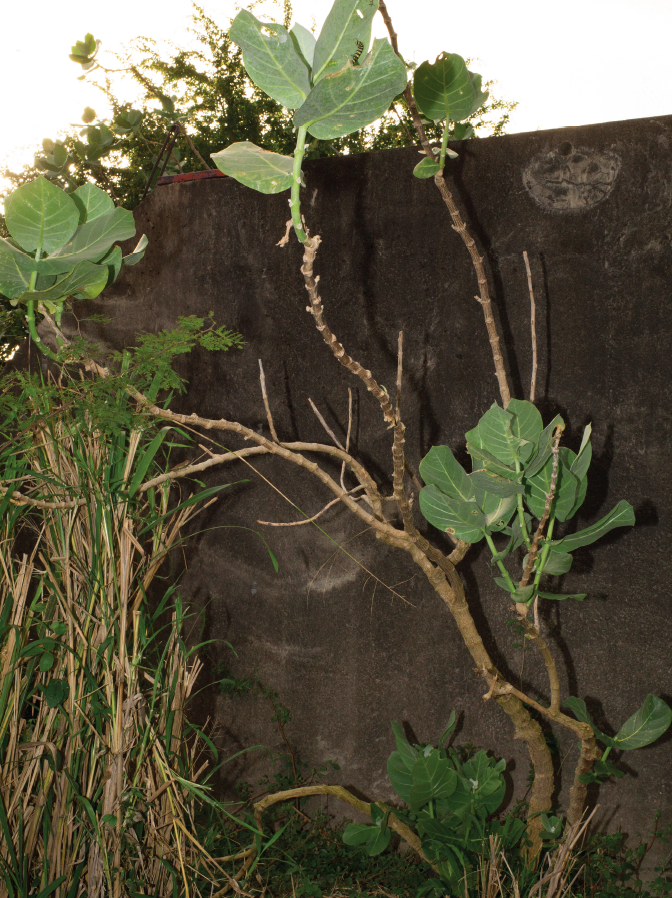 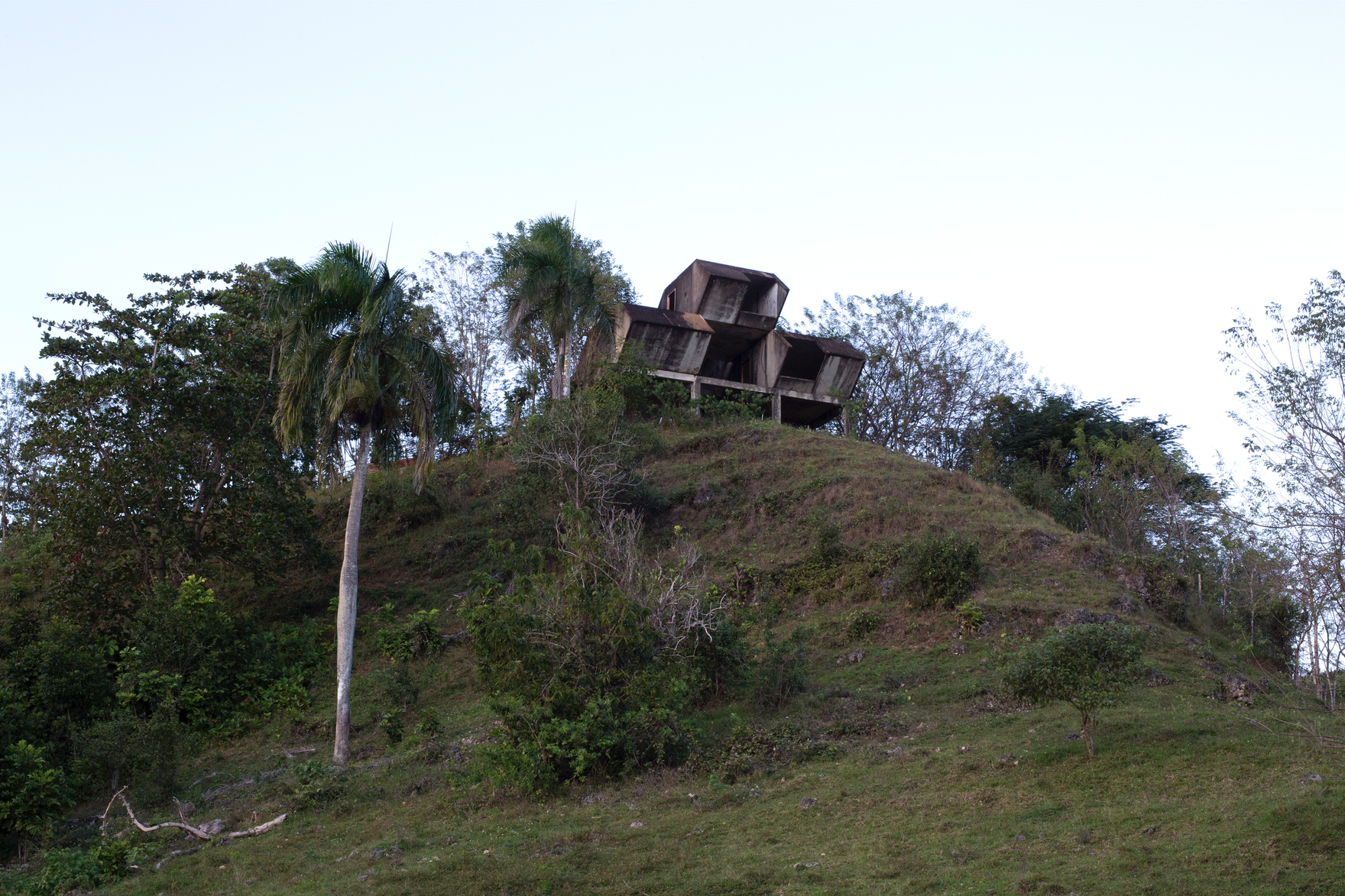 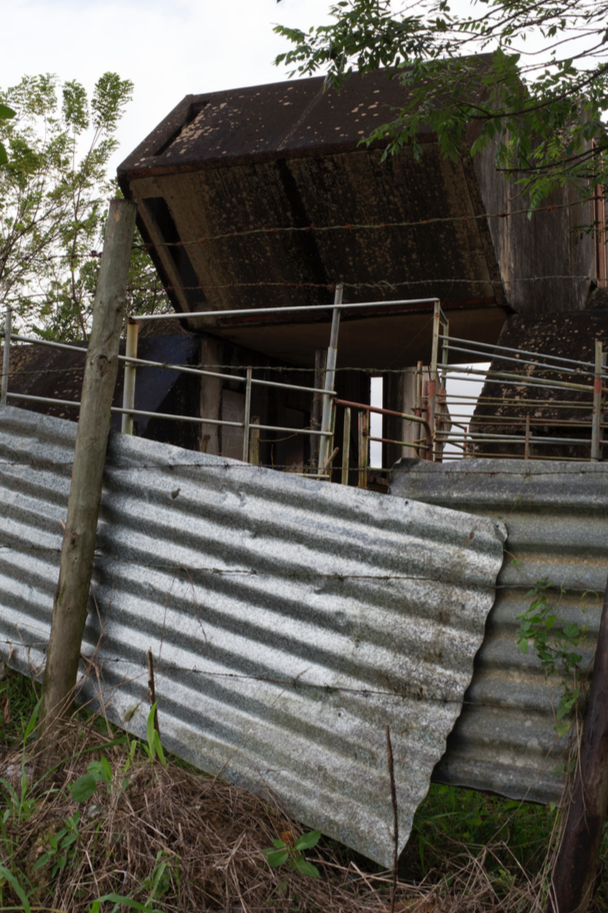 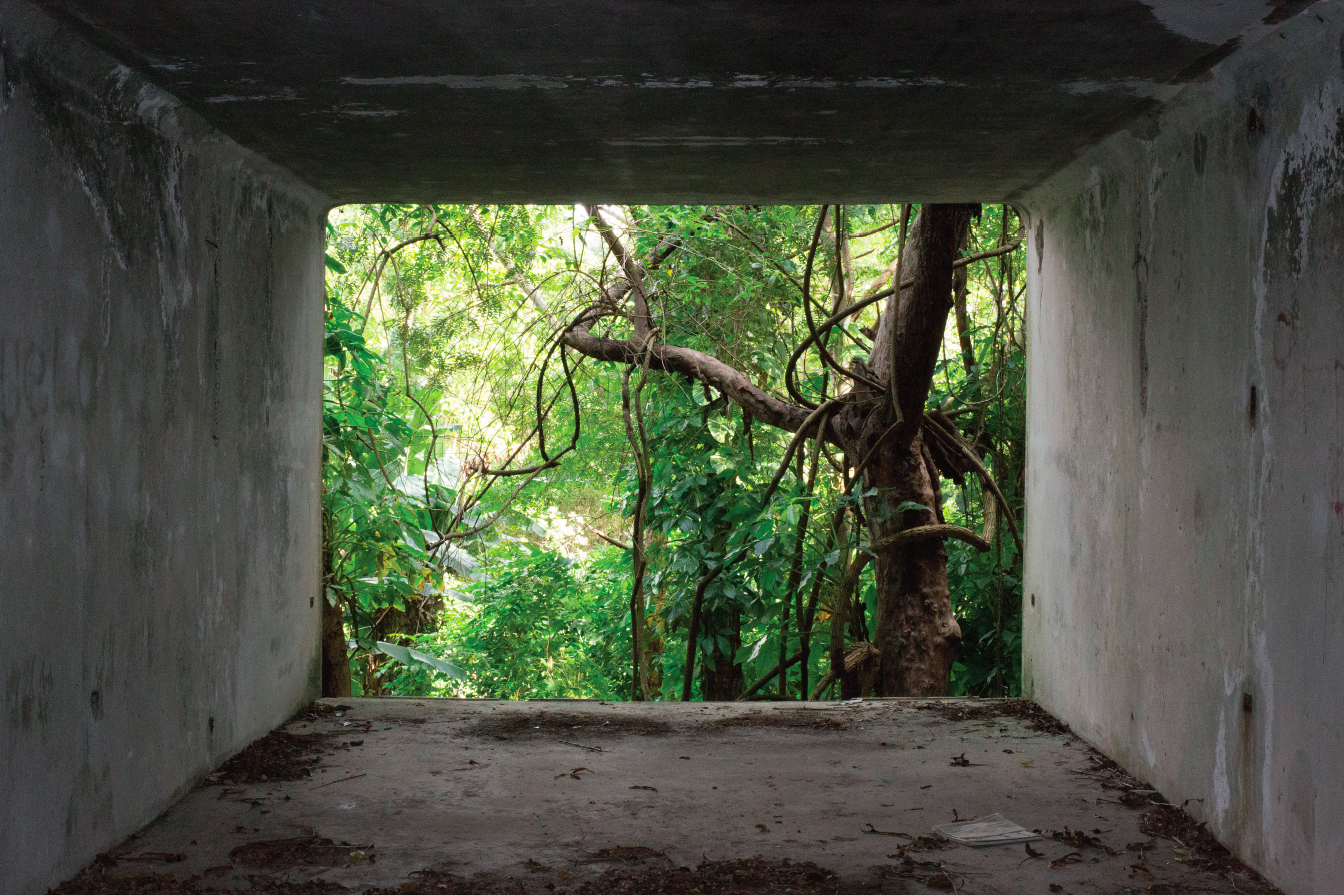 2017 marks the 50th anniversary of architect Moshe Safdie’s Habitat 67 project in Montreal. Built as a model housing prototype for Expo 67, the development was an assertion of Canada’s post-colonial identity: cosmopolitan, technologically innovative, and optimistic. Growing up in the suburbs of Montreal, I was captivated by it. Yet despite Habitat 67’s iconic status, its success was almost impossible to repeat. In his 1974 book For Everyone a Garden, Safdie chronicles the various attempts that were made to replicate the Habitat 67 model elsewhere. While more traditional projects were eventually realized in Singapore, Israel, and Massachusetts, there were none that attempted Habitat 67’s ultra-dense frame-and-capsule design or its factory-built construction method. With one exception — Habitat Puerto Rico.

Commissioned a year after Expo 67 by developers Fred Epstein and Haim Eliachar of Development International Corporation, Habitat Puerto Rico was financed by the Federal Housing Authority to provide low-cost dwellings to moderate-income families. Epstein and Eliachar had visited Habitat 67 during the fair and were inspired to build something similar. Safdie’s initial proposal involved a dense cascade of stacked, cast-concrete modules on 20 acres of terraced hill in the Hato Rey neighborhood of Puerto Rico’s capital San Juan — 800 housing units in total, with an average of 40 units per acre, as well as a commercial center, a park, and a large outdoor amphitheater. After the first site was abandoned, another was chosen in San Juan’s Carolina borough and construction begun. But the authorities withdrew funding in 1973 after just 30 units had been built.

Commissioned by the Graham Foundation to develop a project for their galleries in the historic Madlener House, I used the opportunity to reconsider Habitat Puerto Rico. I wasn’t interested in the project as a failed utopia so much as curious as to what future actually emerged in its absence. The failure of Safdie’s project to take root in this particular ecosystem is a gift that provides dialectical clarity and allows us to perceive a very different form of modernity unfolding. The exhibition at the Graham Foundation, titled in the forest, on view now until January 6, consists in a film, a suite of photographs, and a multi-part installation. The narrative begins with the original site for Habitat Puerto Rico at Bosque Urbano de San Patricio, now a park in the Hato Rey neighborhood of San Juan, and then spirals out to San Juan’s Carolina borough, where construction actually began. It ends with a few of the scattered and repurposed prototype units in Guayama, on Puerto Rico’s southern coast, near Camuy towards the center of the island, and Arecibo, a small beach town west of the capital.

The work is a continuation of my interest in the relationship between ideology and the built environment. The title, in the forest, is borrowed from a chapter of Claude Lévi-Strauss’s 1955 book Tristes Tropiques in a decidedly self-conscious attempt to annex the function of the exotic in the work. The Bosque Urbano de San Patricio is a space that both absorbs and refutes this quality, with a porous border that allows for the exchange of ideas and positions. What creates this porosity are the various forms of contestation that persist politically, socially, economically, culturally, and spatially in Puerto Rico. One encounters a dynamic, constantly shifting subjectivity, in which roles are fluid, as is the sense of place. Buffeted by neoliberal exigency, the island of Puerto Rico is still very much in the throes of colonialism, and the idea of subject versus citizen is the first contestation. The debt crisis is causing a new wave of migration as people depart Puerto Rico to find opportunities elsewhere. Meanwhile, preferential tax initiatives have been created in an attempt to lure foreign investment, leaving local businesses to struggle with the transposed burden. Additionally, on an island where fully 94 percent of the population lives in urban areas, developers are eager to exploit any remaining urban green space. Bosque Urbano de San Patricio needs to be understood in its context, in the upscale neighborhood of Hato Rey, just next to Borinquen Towers, the first mixed-used high-rise development on the island. As a result, its protected status is constantly under threat, and the fact that it has survived relatively untouched thus far is a testament to the successful initiatives of community activists.

Architect Peter Blake briefly mentions Habitat Puerto Rico in his 1977 book Form Follows Fiasco: Why Modern Architecture Hasn’t Worked: “The Puerto Rican project was indeed started, but it had proved to be technically and economically unbuildable. At this writing, the site is an abandoned wasteland, dotted with the ruins of technological dreams.” Two photographs in Blake’s book by architecture critic Martin Pawley document the remains. In one, a cow stands stubbornly in the foreground, the stacked concrete units continuing out beyond the boundary of the frame. As a pictorial device, it’s reminiscent of Hubert Robert’s 1787 painting La démolition des maisons du Pont Notre-Dame en 1786, another depiction of urban ruination in which the Notre-Dame bridge is tightly cropped, its size exaggerated as the arches of its structure continue beyond the edge of the canvas. In her book Futures & Ruins, Eighteenth-Century Paris and the Art of Hubert Robert (2010), art historian Nina Dubin argues that, “Robert’s paintings basked in the association between volatile urban transformation and the ascendancy of a speculative economy. The climate of recklessness in which they were produced was one saturated with imaginings of Paris’s ruin, as well as with meditations on the downfalls of capitals past.” Buried deep in the Bosque Urbano de San Patricio are the remains of former U.S. Navy housing, their crumbling foundations almost indiscernible from the surrounding nurse logs. Perhaps that’s the optimistic folly of in the forest, to believe still in the regenerative power of nature and its cyclic process of change.

David Hartt’s exhibition in the forest will run at the Graham Foundation in Chicago from September 14, 2017 until January 6, 2018.