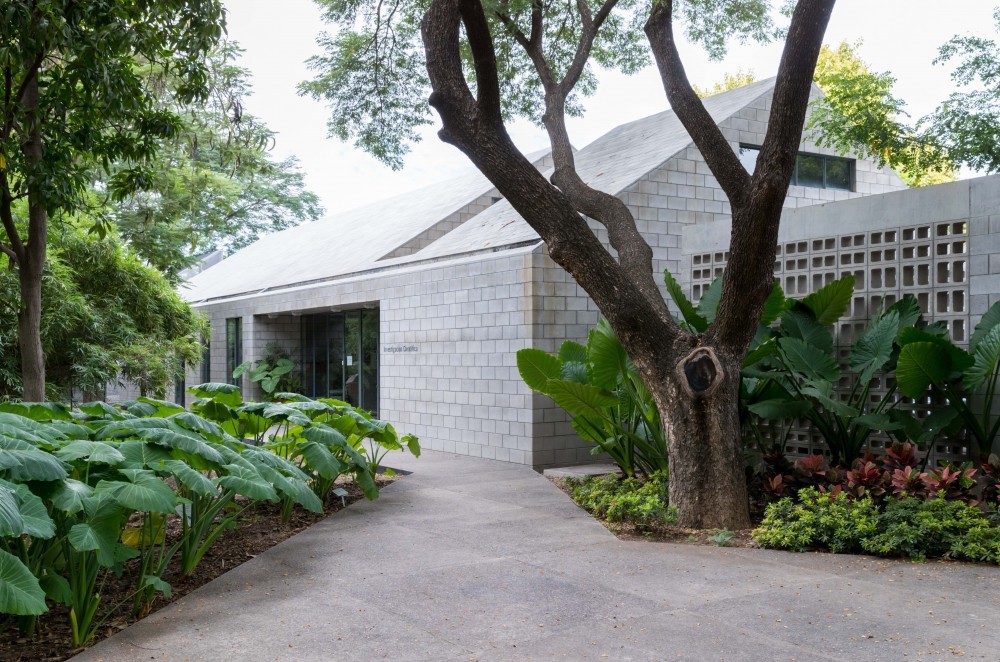 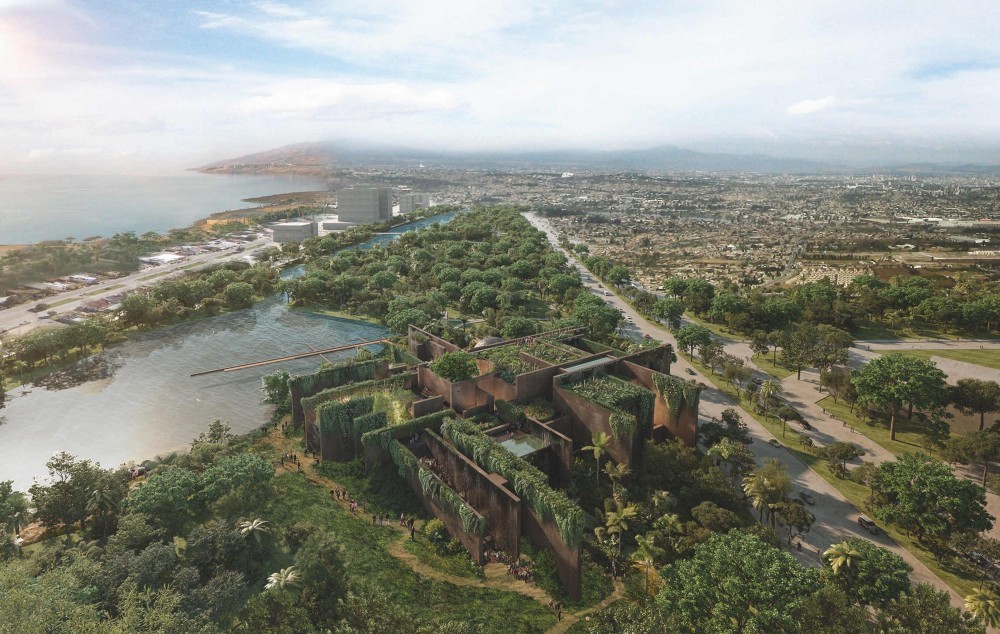 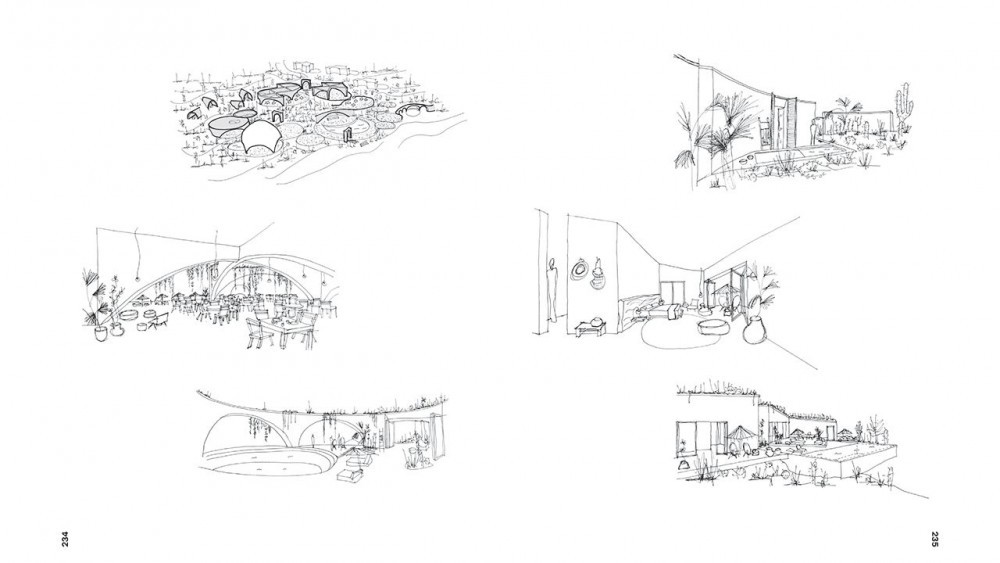 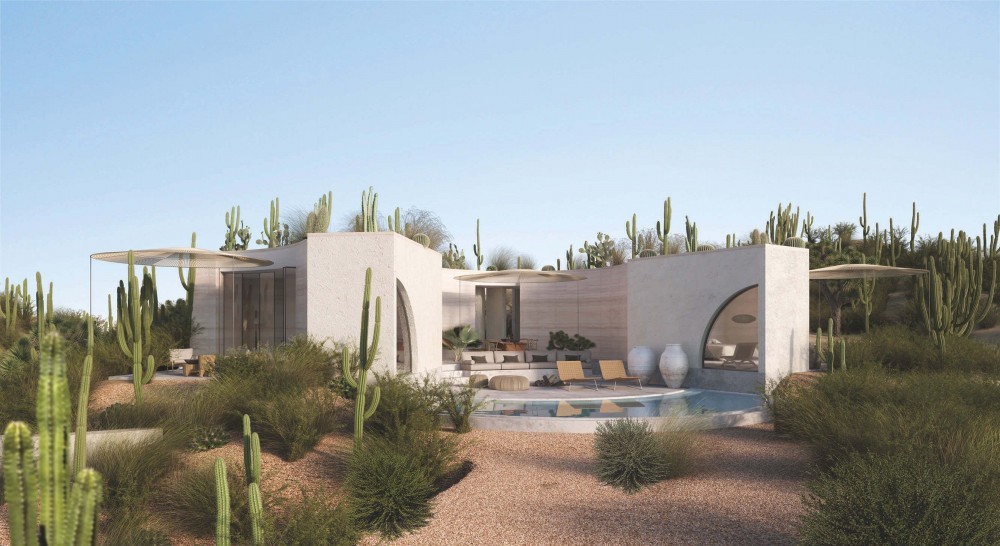 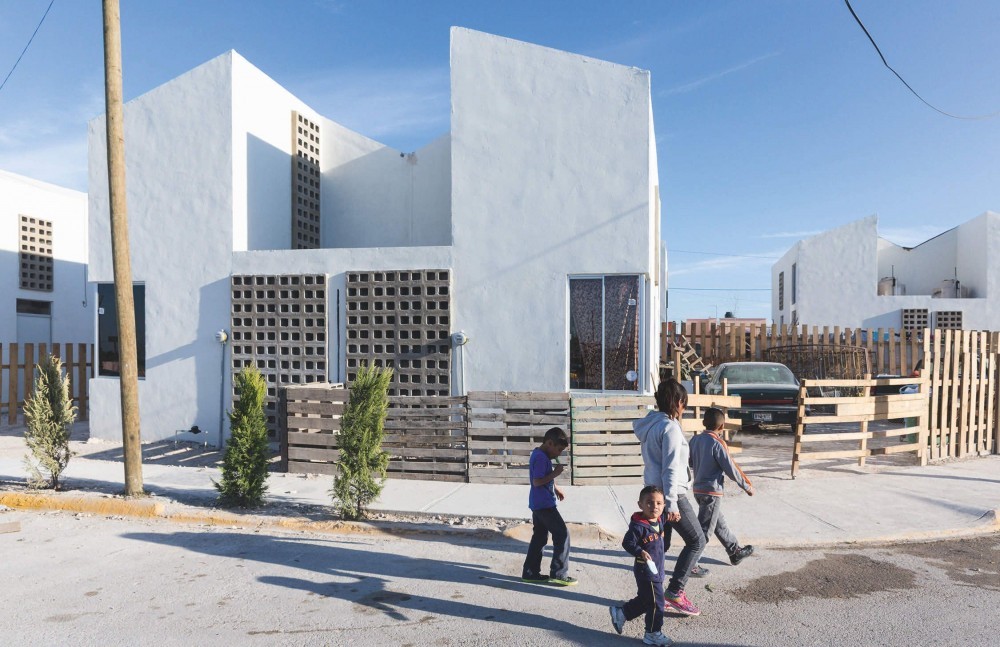 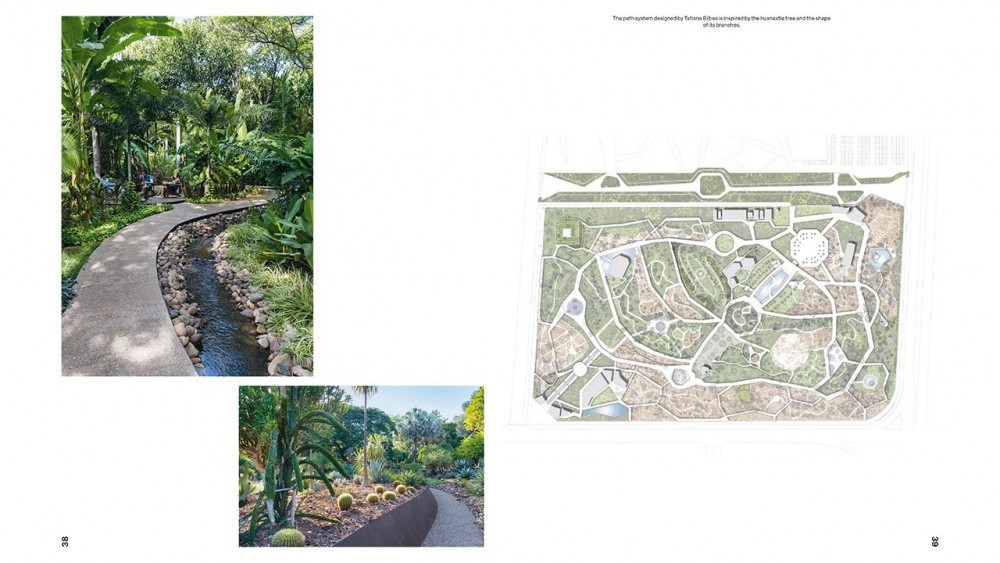 “The path system designed by Tatiana Bilbao is inspired by the huanacaxtle tree and the shape of its branches.” Courtesy Lars Müller 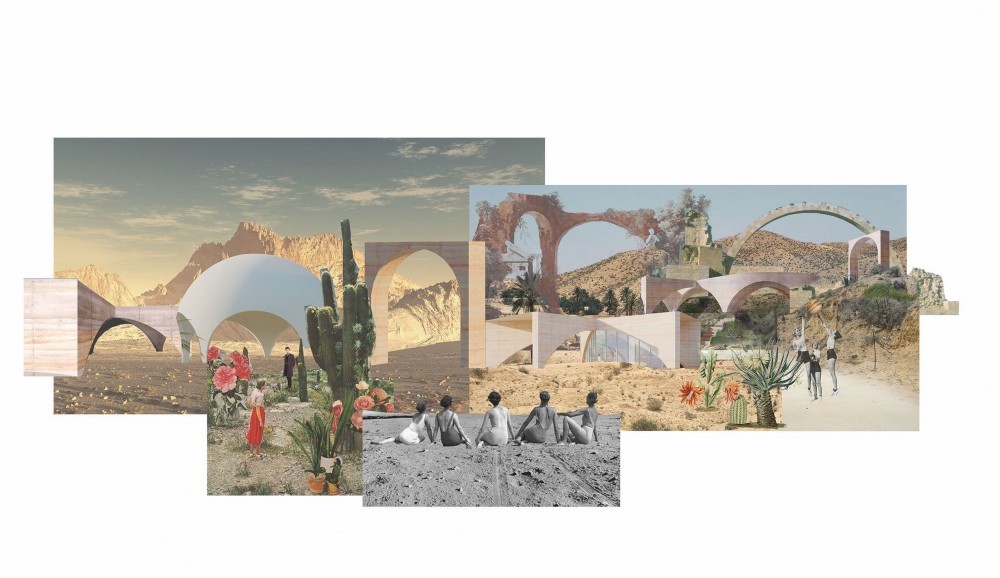 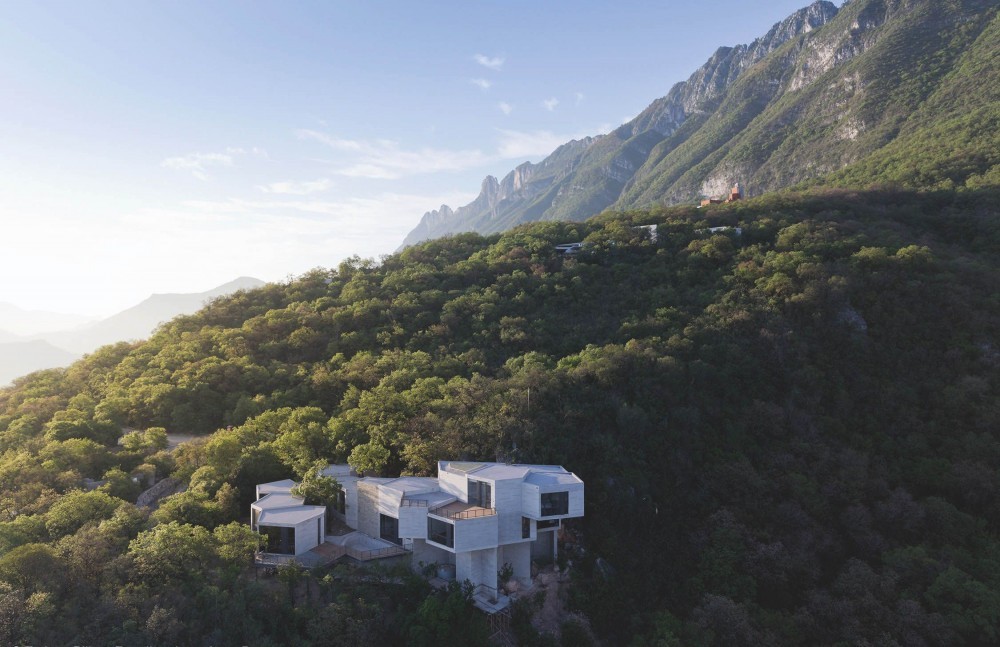 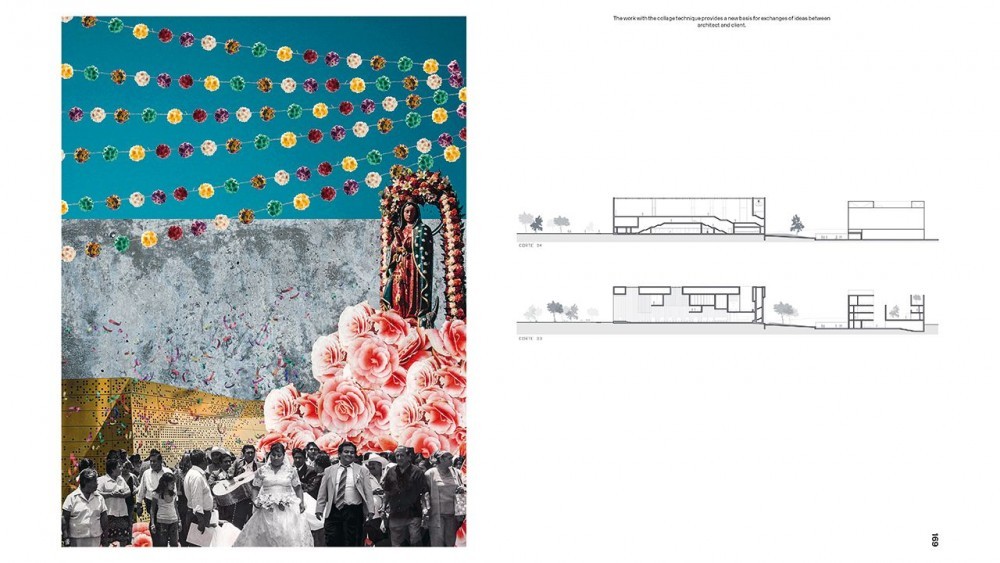 “The collage technique provides a new basis for exchanges of ideas between architect and client.” Courtesy Lars Müller 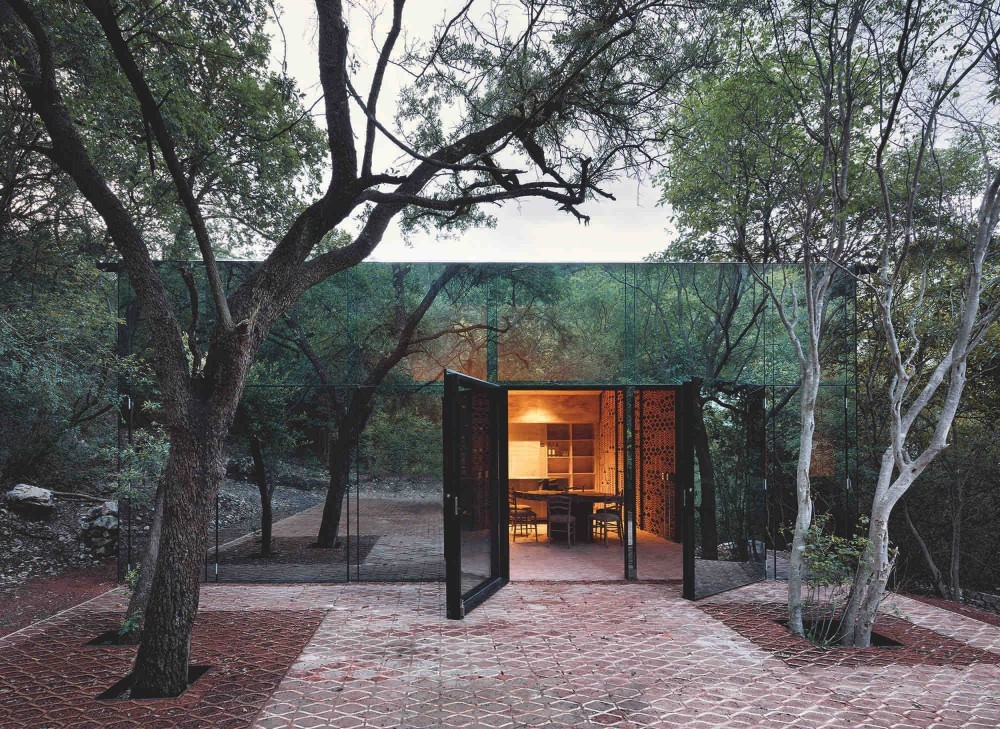 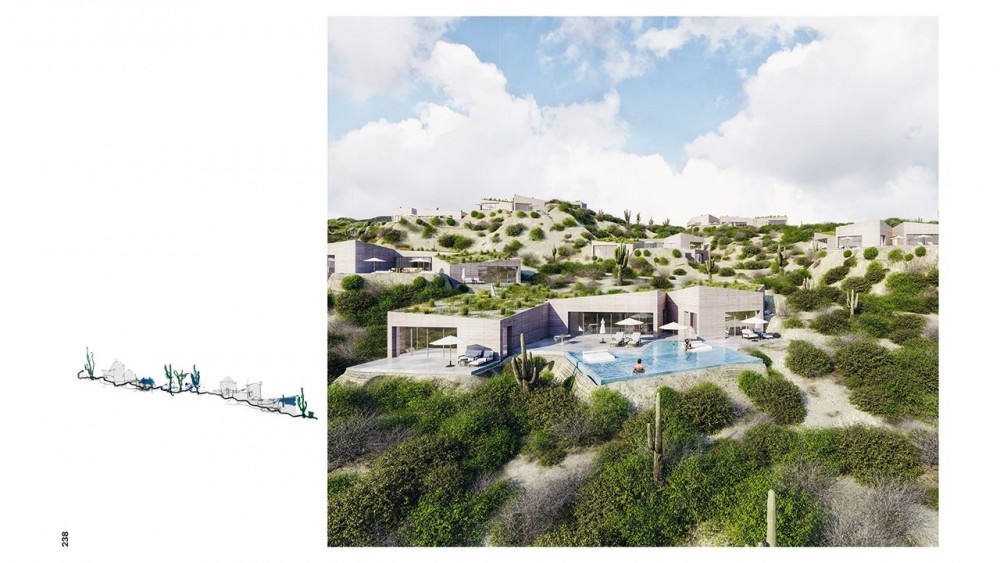 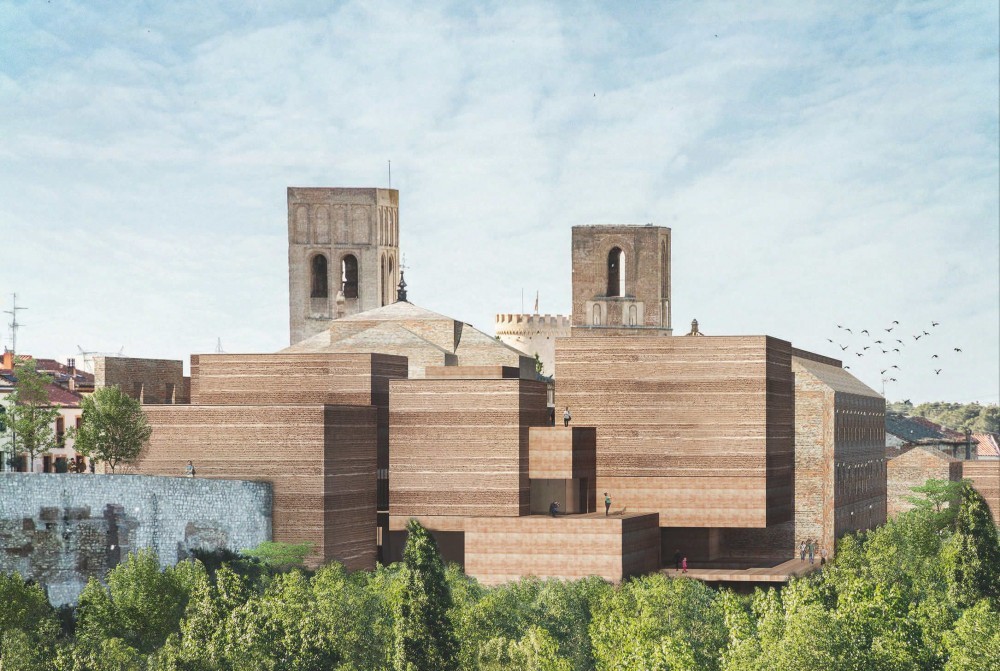 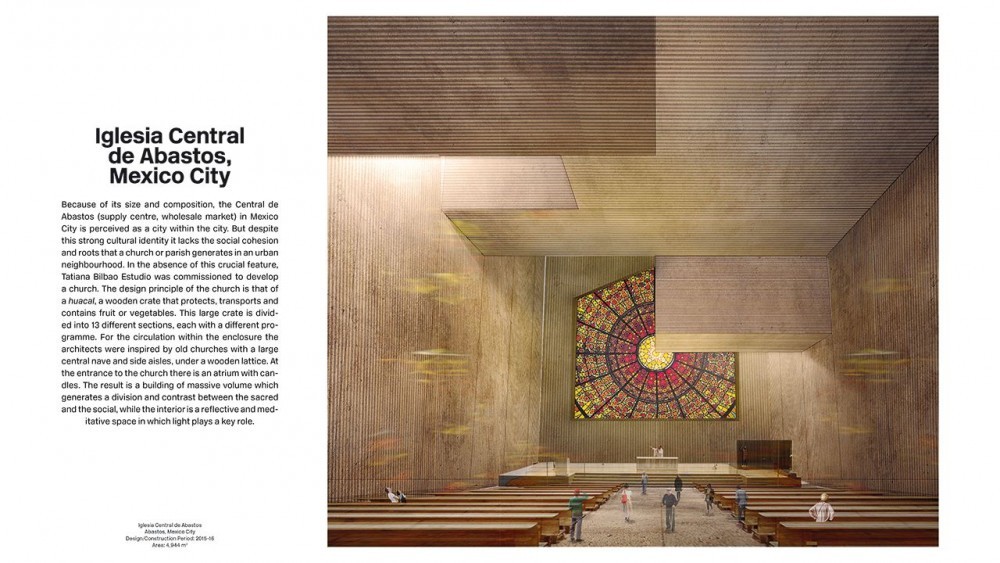 Igelsia Central de Abastos, 2015–16, Mexico City: “The design principle for the church is a huacal, a wooden crate the protects and transports fruits and vegetables.” Courtesy Lars Müller 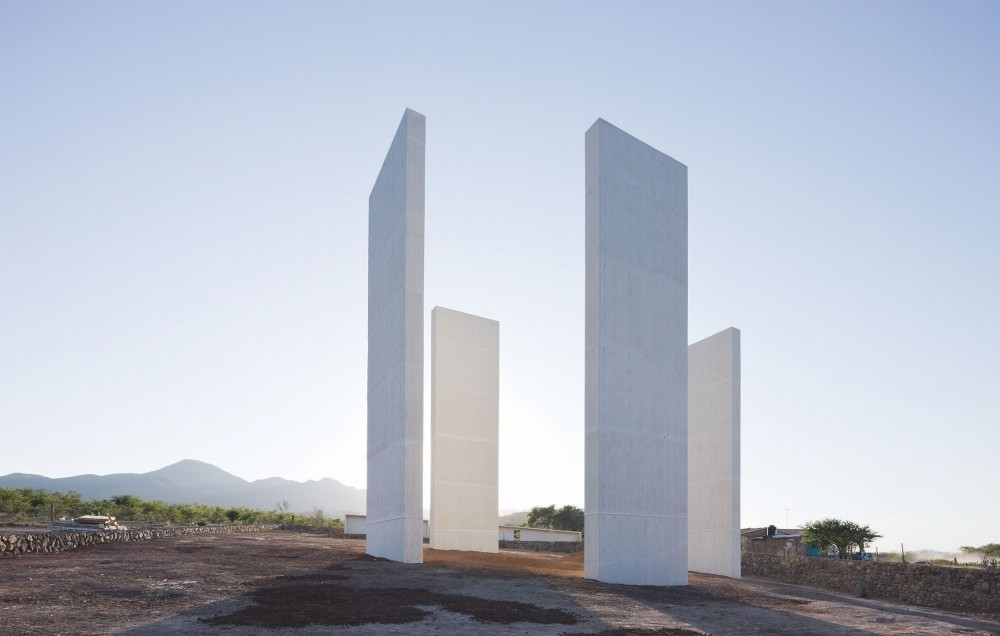 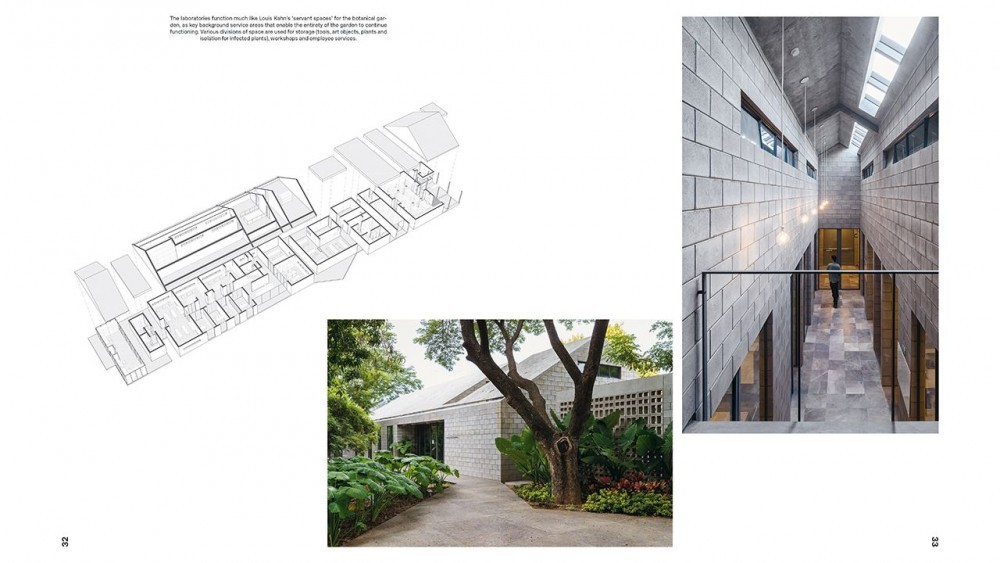 “The laboratories function much like Louis Kahn’s ‘servant spaces’ for the botanical garden.” Courtesy Lars Müller 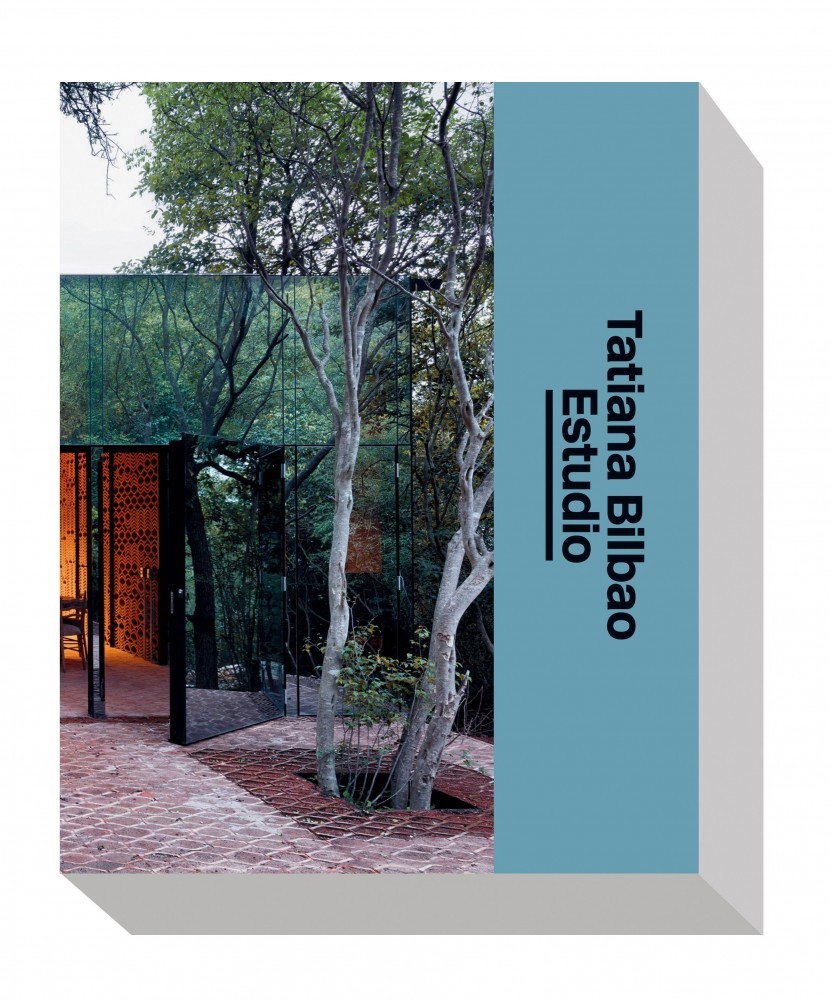 The processes via which Mexican architect Tatiana Bilbao has produced her remarkable oeuvre are examined in a new monograph, Tatiana Bilbao Estudio, co-published by Denmark’s Louisiana Museum of Modern Art to accompany the third in its exhibition series The Architect’s Studio, which is dedicated to her work. Combining simple diagrams with beautiful color coordination and formatting, the book demonstrates how Mexico City-based Bilbao, known for her commitment to social responsibility and sustainable design, has built her eponymous practice of 16 years around an exploration of endemic materials and conditions, constantly re-examining the ways our lives are transformed, for better or worse, by the built environment.

Given the limitations of the printed page, the monograph does little justice to the show, which provides a glimpse into Bilbao’s studio with its presentation of 1:1 scale models of screens and furniture, material samples, concept maquettes, freehand drawings, collages, etc. But where the 240-page volume succeeds very well is in gathering together fundamental commentary and highlighting the collaborative nature of the studio’s projects, which range from a wealthy family compound in Monterrey to low-cost housing units in Chiapas, Coahuila, and Hidalgo. Among the contributing voices is The New York Times former architecture critic Nicolai Ouroussoff, who deconstructs Bilbao’s work, focusing on her commitment to social responsibility in battling one of the “most corrupt and disastrous public-housing initiatives in the country’s history,” run by INFONAVIT, Mexico’s Institute for the National Workers’ Housing Fund. Literature professor Rubén Gallo delivers a nostalgic walk through Mexican architectural history, examining how the country’s complex national identity has informed Bilbao’s work, while Hilary Sample, of New York-based MOS Architects, analyzes Bilbao’s drawing and collage techniques, highlighting their palpable human presence. “If one were to imagine the artist making the collages and the work undertaken to complete the drawing,” notes Sample, “there is a sheer physicality to it.” But, as Bilbao explains in an interview with her longtime-friend, Swiss architect Jacques Herzog, drawing as a universal tool does not always translate in Mexico: a large percentage of construction workers there are illiterate and many “don’t know how to read a plan or a drawing of any kind, so it’s very difficult to explain to them how to build a wall that is not at an angle of 90 degrees… I realized (geometry) is a perfect tool for communication and expressing myself. It proved to be a tool that would let me move into more complex situations.”

Among projects highlighted in the book — which does not aim for comprehensiveness, covering about half the studio’s oeuvre — is the Culiacán Botanical Garden, founded in 1986 by engineer Carlos Murillo, to which Bilbao added 16 small structures in 2012, merging her architecture with the garden according to the scheme of a huanacaxtle tree and letting nature do the rest. Similarly, her design for the forthcoming Museo Arévalo in Spain aims to envelop new buildings for the Adrastus art collection in the surrounding materials and spirit, in the process revitalizing and incorporating the city, while an aquarium in the Mexican resort town of Mazatlán, due to open next year, allows nature to grow on the walls and includes the landscape as if partially submerged underwater. Context also informed Bilbao’s response to a site adjoining a Tadao Ando building at Monterrey University, where she chose to bow to the “competing conditions” and “evolve a subtler design” so as to “avoid dual sculptural structures.”

In addition to context, collaboration and shared credit characterize some of Bilbao’s most dynamic projects, such as the 2012 Gratitude Open Chapel on the Jalisco Mountains Pilgrim Route, for which she partnered with Derek Dellekamp, or her work with Dellekamp, Alejandro Hernández, and Rozana Montiel on a self-managed community in the borough of Iztapalapa in Mexico City (which was shown at the 2016 Venice Architecture Biennale). But the central focus of her work for some time now has been the lack of adequate housing in Mexico, where a large percentage of the population faces the choice between informal ways of living or government housing, which is generally so cramped as to cause negative psychological effects on residents. Bilbao has set out to change the status quo, her research leading to the development of modules and prototypes for affordable materials and safe construction models, offering people not only the opportunity to live better lives but also the tools to build their own houses and lay the foundations for a prosperous future.

Bilbao’s principle that “everybody should have the opportunity to live surrounded by beauty” is abundantly illustrated in this new volume. From wealthy residences and leisure retreats to public parks and ingenious social-housing strategies, Bilbao’s architecture coexists with nature and prioritizes the user’s experience above all else.