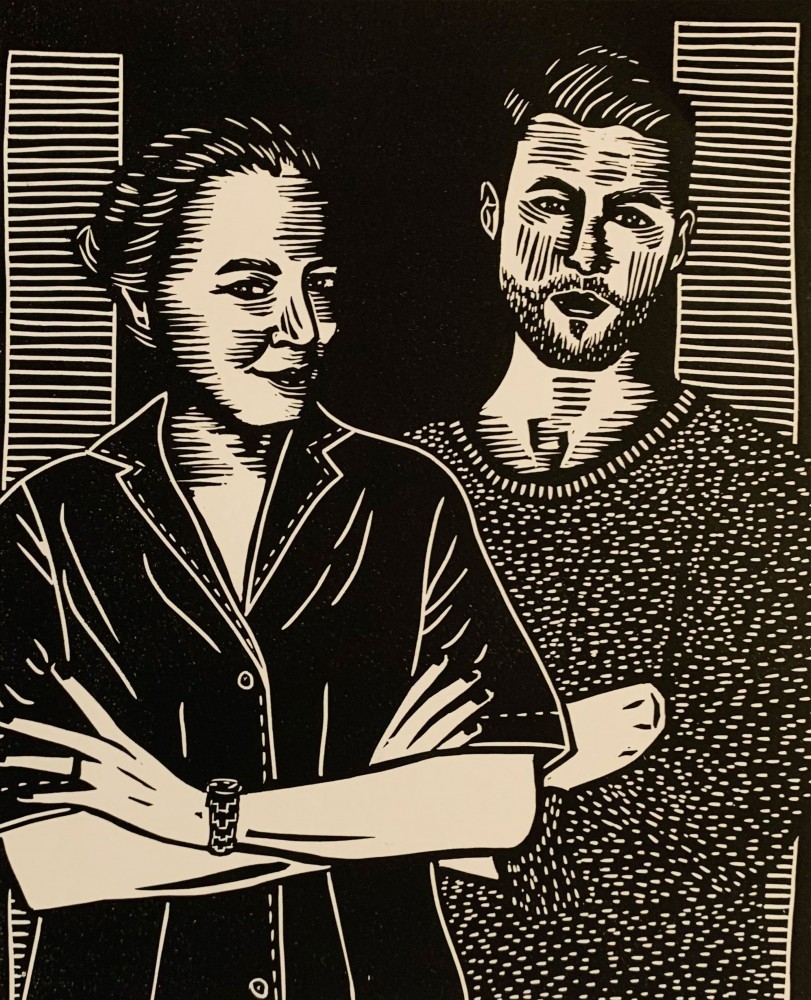 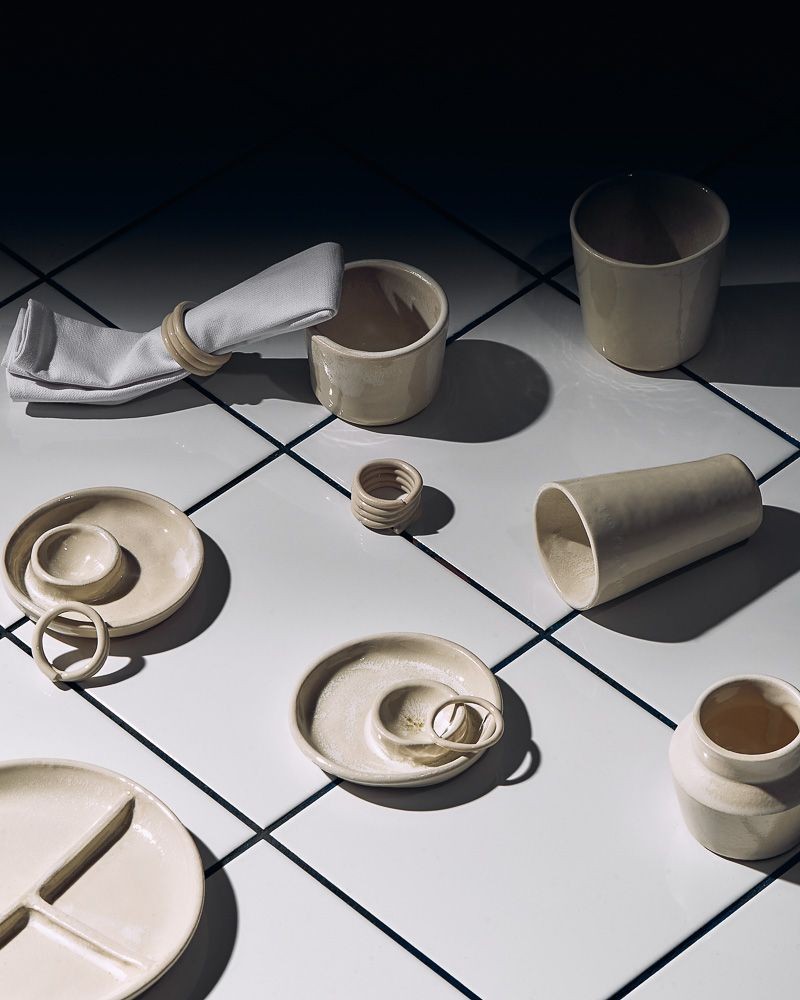 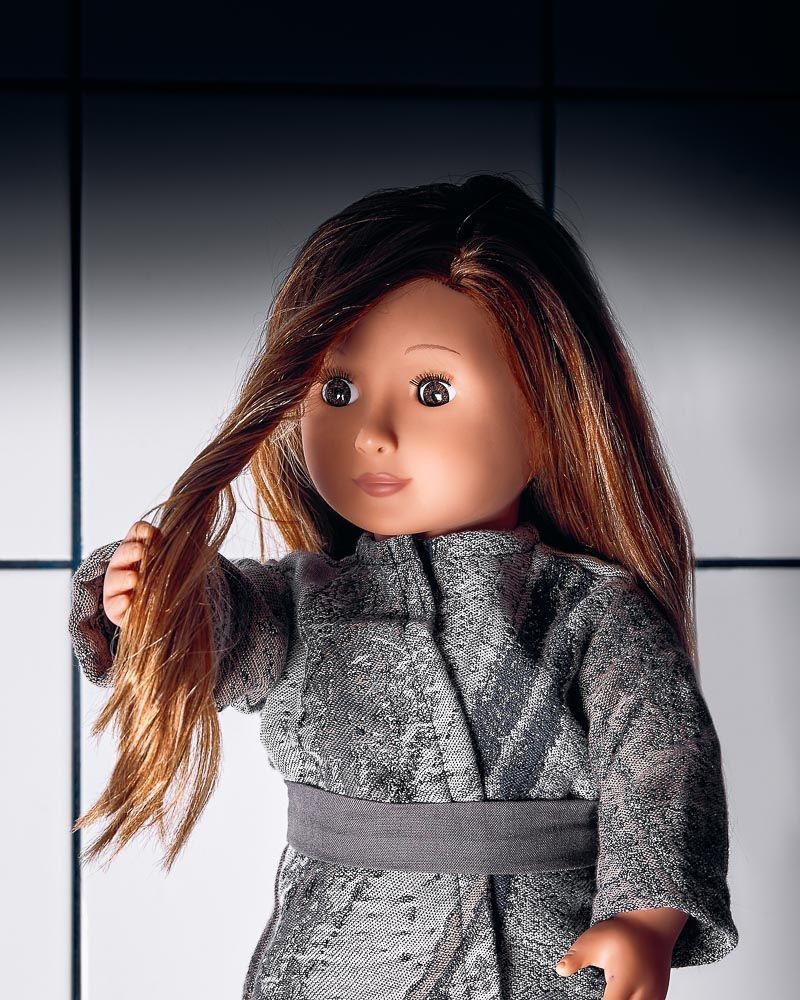 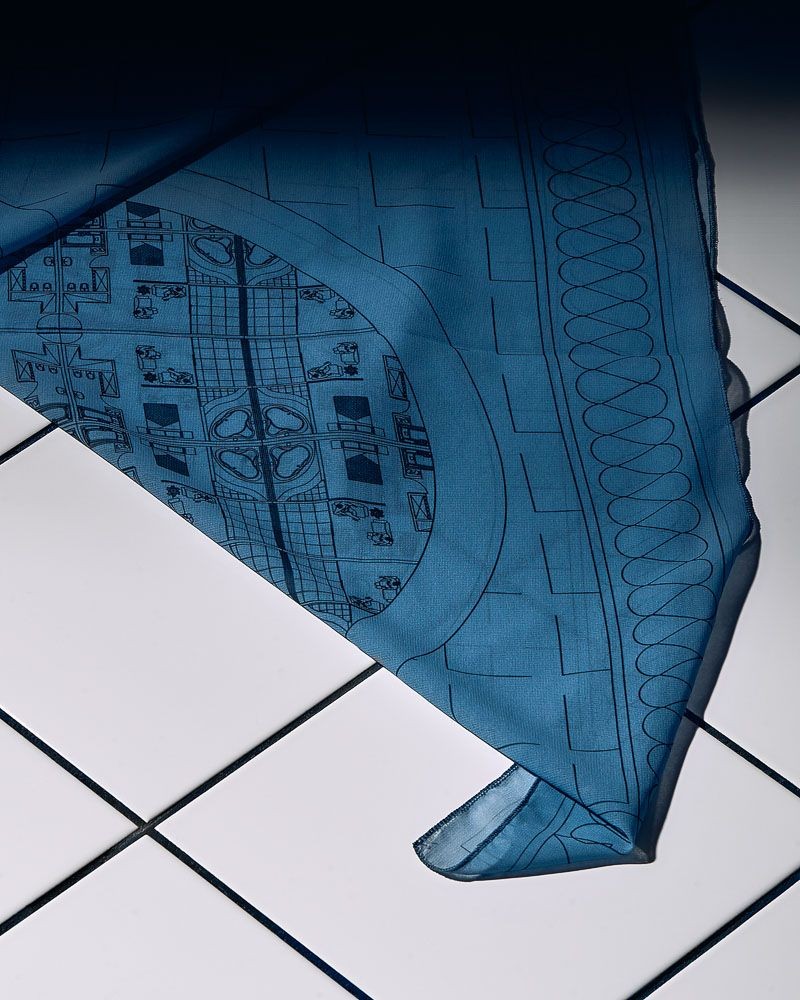 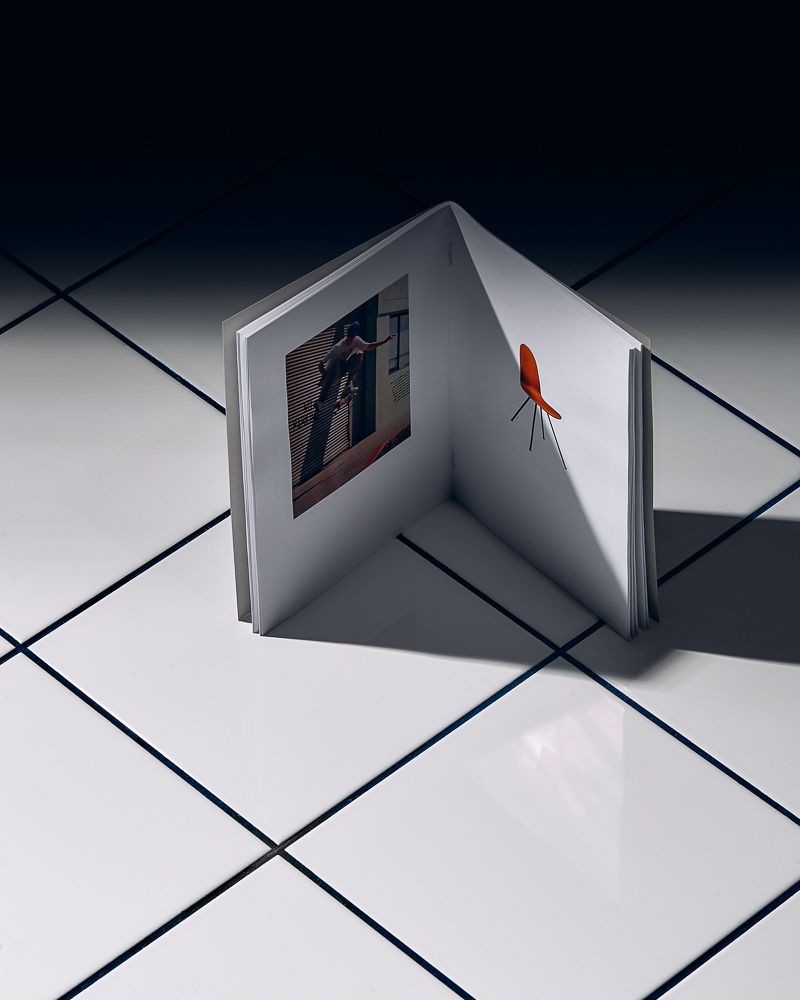 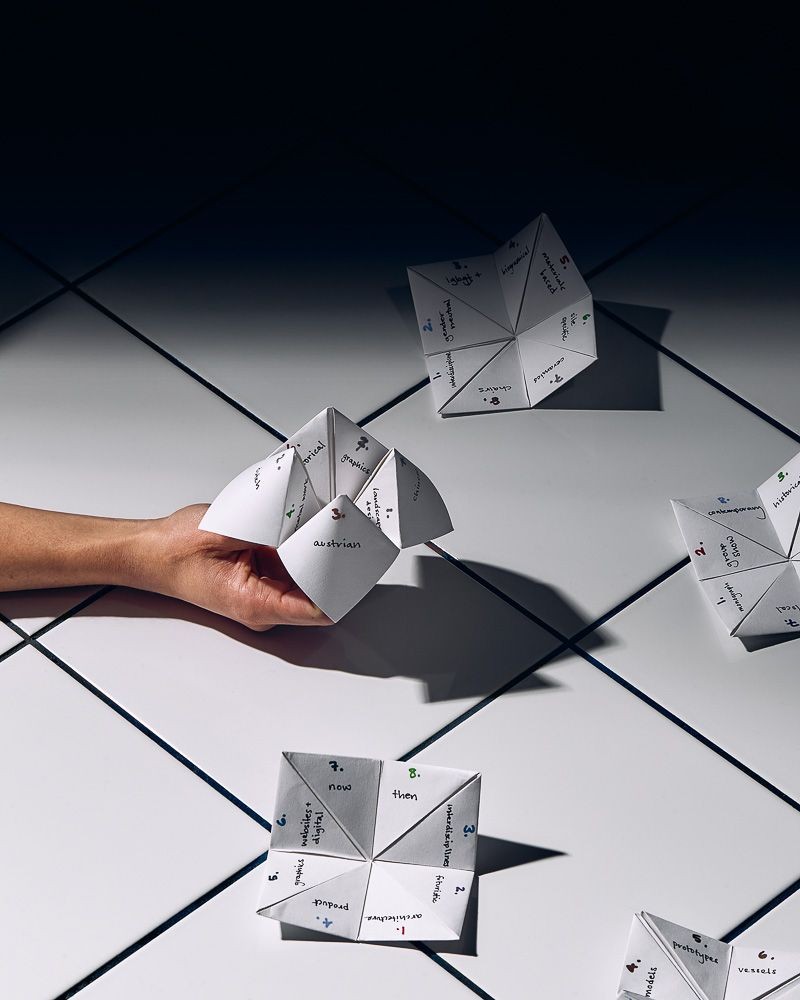 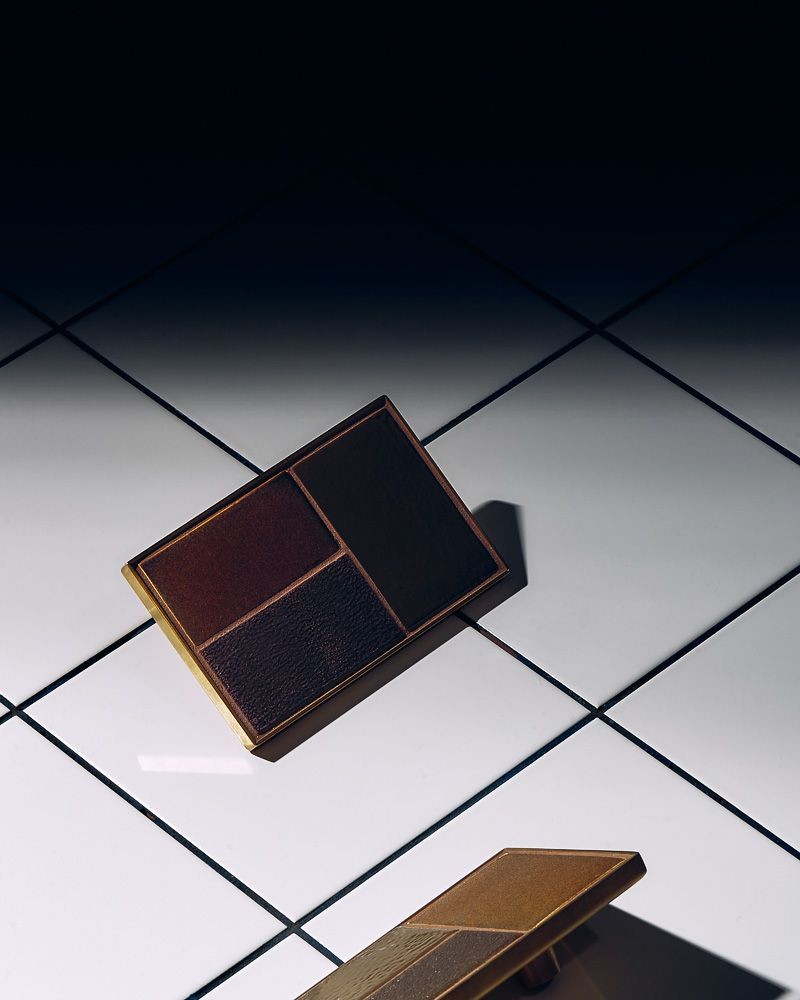 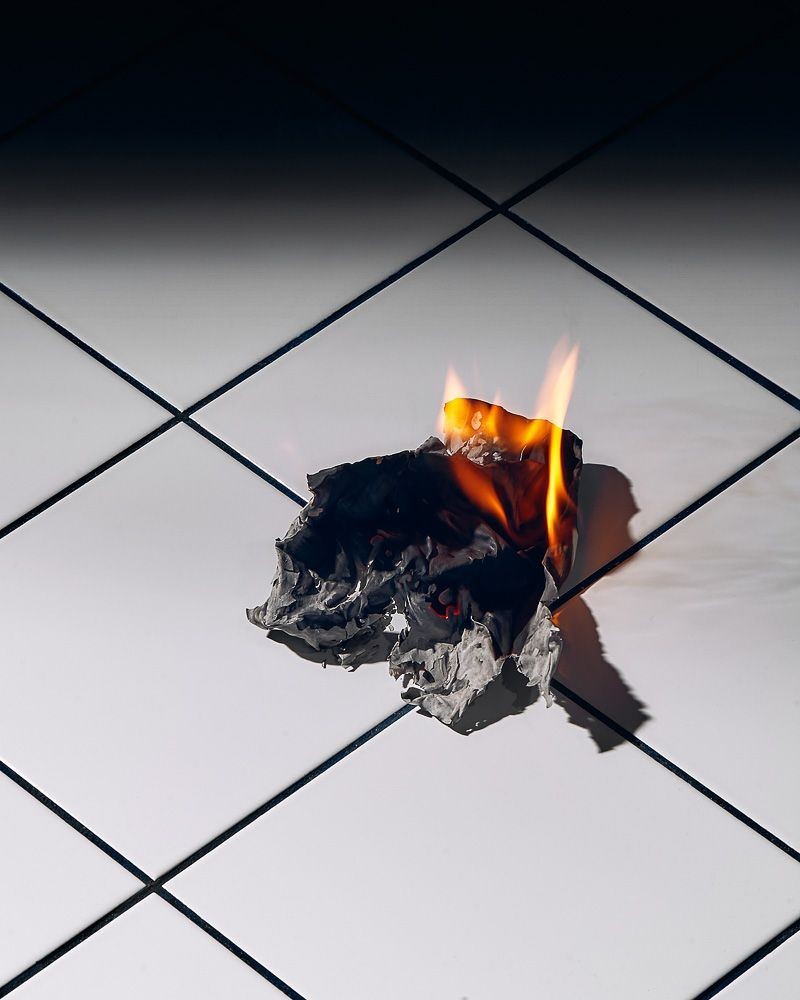 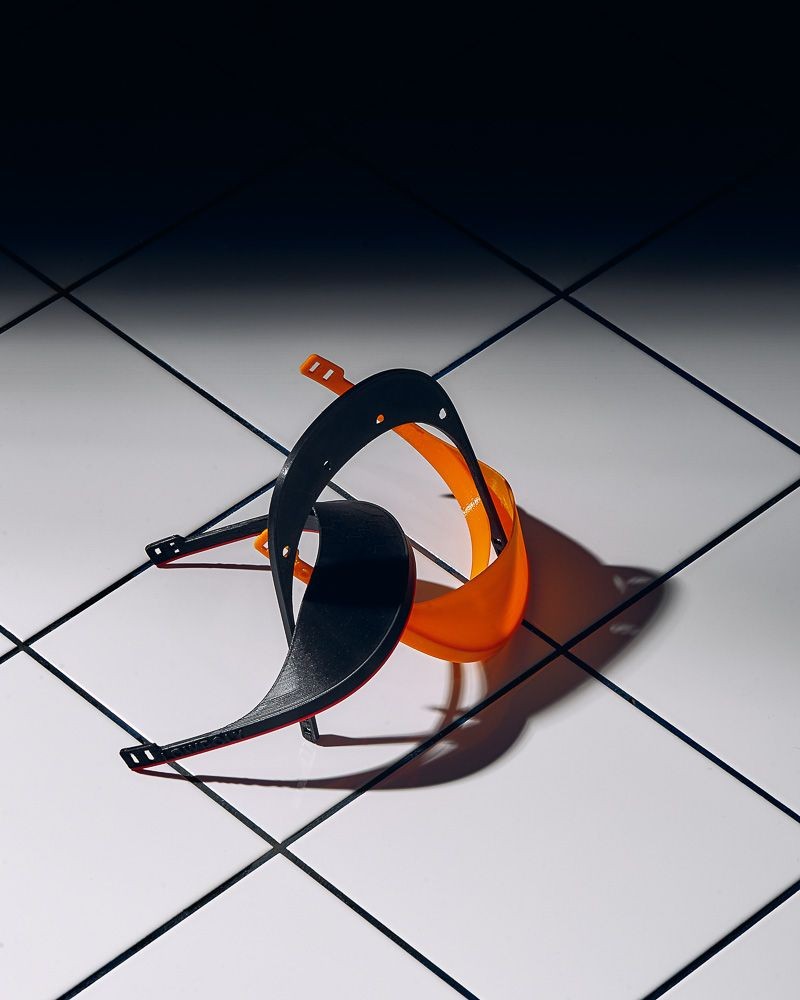 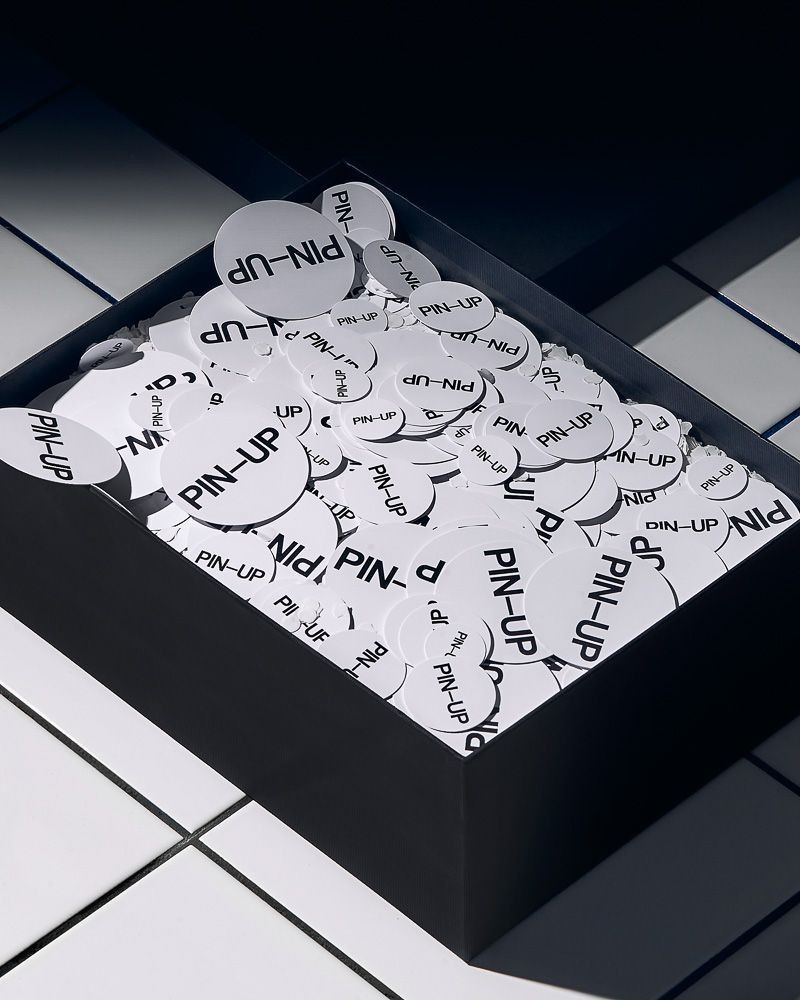 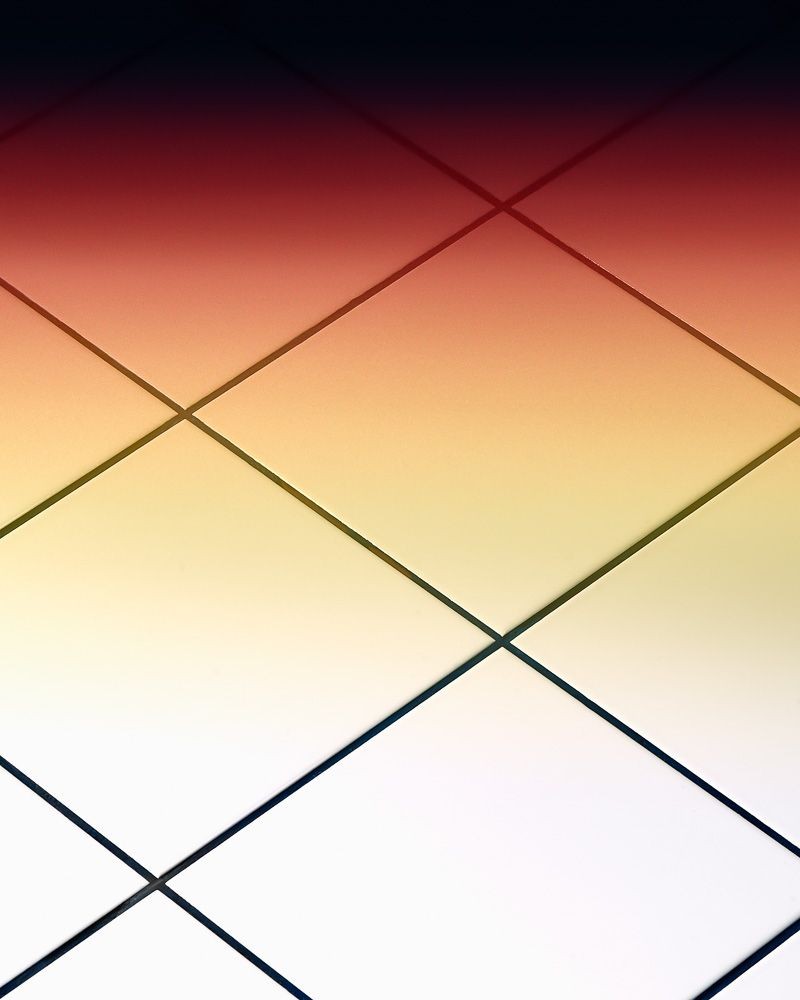 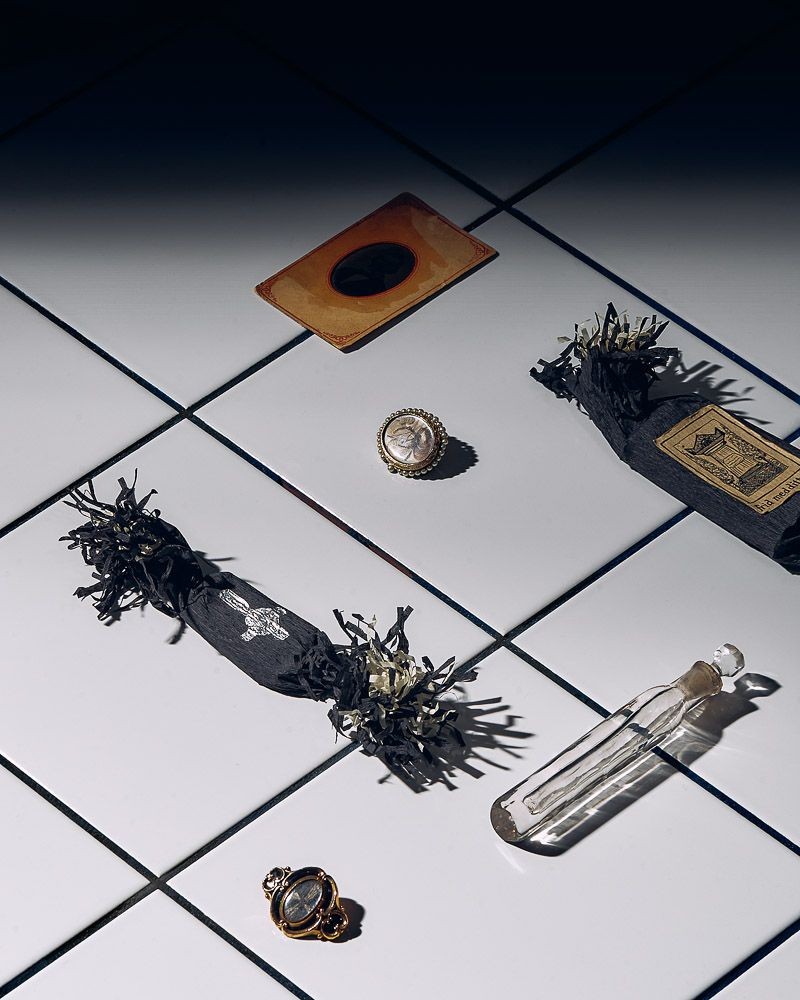 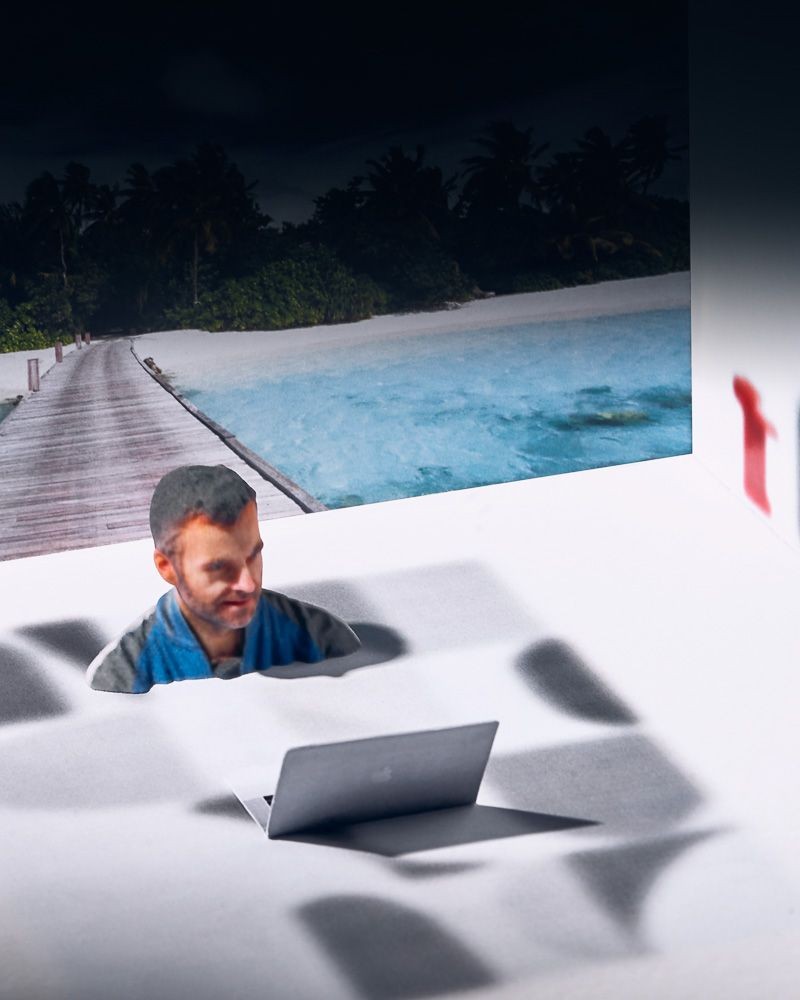 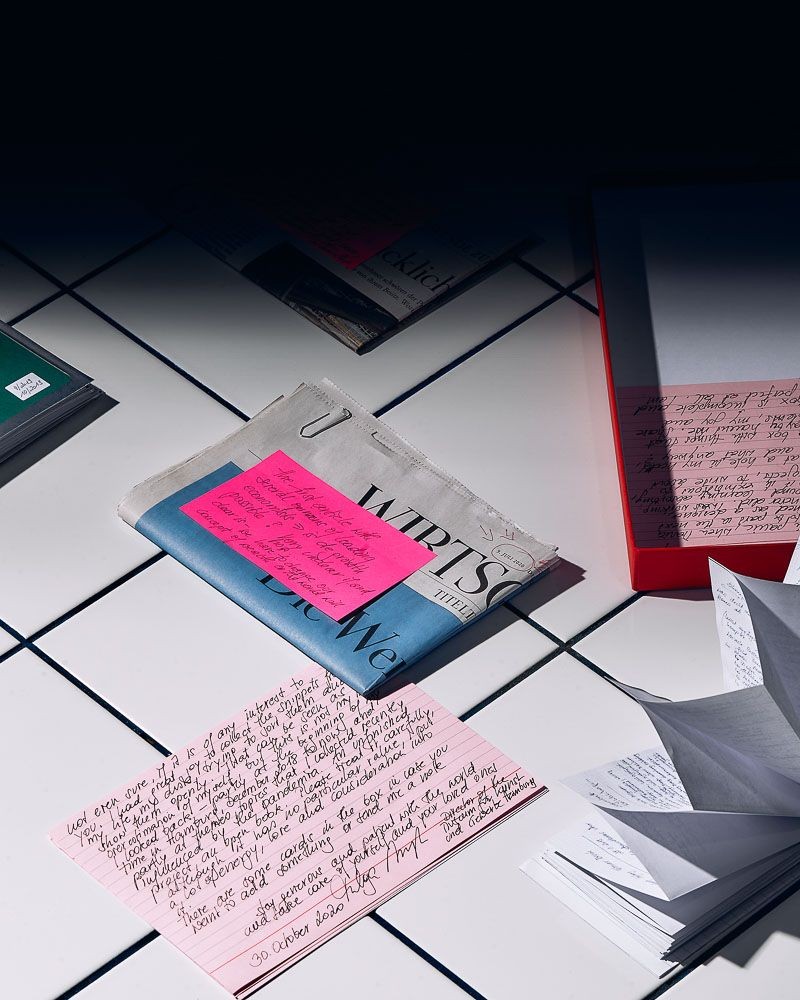 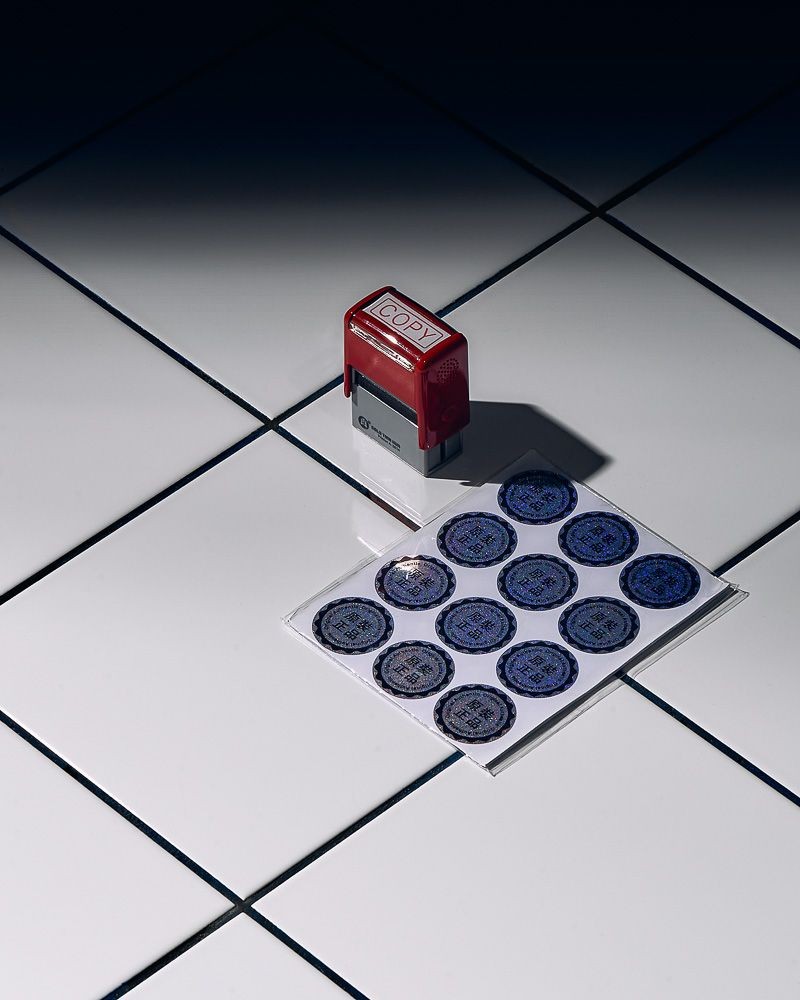 First launched in 2019, Extraperlo is an annual exhibition that takes place in the Madrid home and studio of designer Jorge Penadés. Inspired by the idea of “extraperlo” — which in Spanish refers to the illegal trade of goods circumventing state-mandated taxes — Penadés’s unconventional curatorial platform aims to recreate a sort of black market; the designers, who are asked to make objects no larger than a shoebox, get to keep 100 percent of their sales (not a euro for the Spanish government). For the inaugural Extraperlo show, Milan-based design curator and critic Maria Cristina Didero contributed a work titled Barbaric Interview, consisting of a live performance in which Didero interrogated Penadés for 30 minutes with a rapid-fire series of questions he was directed to answer as quickly as possible, accompanied by a linocut portrait of the pair by artist Anna Ruiz. This year, Didero and Penadés joined forces again, this time to collaboratively organize  the third iteration of Extraperlo titled Curating Curators. Indeed, “a curatorial platform for the unorthodox,” as Penadés describes the project, this edition is flipping the script by commissioning work not from artists or designers, but from well-established design curators and writers, among them Aric Chen, Matylda Krzykowski, Jonathan Olivares, and PIN–UP’s very own Felix Burrichter.

Natalia Torija Nieto: How did the idea for Extraperlo first come up?

Jorge Penadés: Extraperlo began as a proposal — I prefer to use that term instead of “solution” — to all the frustrations I had regarding design since I came to Madrid in 2014. Nothing interesting was happening here at the time — and not much is happening now either. The small design exhibitions taking place were extremely boring and conservative. The city deserved a much more progressive attitude and I felt it was my responsibility to generate that for younger generations. The rest was easy: I called some friends, and friends of friends, and asked them to send some work, and I set up the show.

Maria Cristina Didero: Jorge invited me to be part of his first edition of Extraperlo, which I found interesting right away. But because I am unable to do anything with my hands — using words in my profession —, I told him I could  interview him. It was a very performative, fast-paced interview. The questions had a weird range, from “Do you believe in God?” to “What color is your underwear?” We remained in contact afterwards, and this year he shared the idea that he wanted to do a show about curators, not designers. I got the idea right away because years ago I wanted to do a similar show, titled Over-Curated.

JP: Curating Curators actually came up in conversation with Maria Cristina. I explained to her that I wanted to give a twist to the past editions of Extraperlo: instead of inviting designers, architects, artists, and so on, I wanted to invert the roles and invite curators. That’s when he told me she had proposed this idea for a show in a museum some time ago but that for different reasons it never happened. I immediately offered her to co-curate this edition of Extraperlo — I felt this idea could not be developed without her.

All the works commissioned have to fit in a shoebox. Why?

JP: The rule of the shoebox came up in the first edition. If I would have asked Kwangho Lee for example, to send over a stool or any other object from South Korea, he would have probably asked me to cover transport and insurance costs. But since Extraperlo is entirely self-funded, I’m not able to pay for shipping for bigger pieces. A shoebox however can be sent from anywhere in the world for less than 100 euros, making it possible for more people to participate in the show.

Could you describe what kind of pieces were submitted for this year’s edition?

MCD: We were very happy and surprised by the variety of submissions. They range from a paper toy by Libby Sellers — a kind of fortune teller for curators that tells you where you will have your next show — to a project about copying in China by Aric Chen — fake stickers that you stick on objects and they become authentic. Then we have a huge project by Daniel Charny who worked with digital fabrication researcher César Garcia, to make wearable shields to fight the pandemic. Jane Withers did an amazing research project on death as the common thread of 2020. We also have two films: one by Jana Schulze and one by Anne Laure Pingreoun, which involved ten artists and designers. There’s a self-portrait doll by Matylda Krzykowski and a ceramic door handle by Brent Dzekciorius of Dzek. The collective Parasite made a silk textile for Annalisa Rosso. Jonathan Olivares made a great book. Ana Siemens explores the power of oral tradition and how messages are passed verbally from designers to manufactures. And of course we have PIN–UP confetti from Felix Burrichter.

As a curator yourself, what did you learn from working with your own kind?

MCD: I learned that curating designers is easy. (Laughs.) But seriously, I learned a lot from putting together this exhibition, which i consider more of an anthropological experiment than a conventional design show.

JP: I’m not a curator, I’m a designer. So for me, doing things like Extraperlo is like going to the gym but for the brain — I burn a lot of energy. I need it to stimulate myself. But I usually don’t know what I learned until the exhibition is over, and I’m able to fully analyze what happened. But I’m very proud of this — we’re generating a lot of expectations.

What do you hope the audience will take away from Curating Curators?

MCD: I hope it will show the general audience how to compress an interesting and remarkable concept in a small space. Big ideas do not necessarily need big spaces. I also hope that this adventure together will be an example that interesting projects are not only found in institutional places and that sometimes when you go for the un-orthodox, maybe you find fresh, stimulating, thought-provoking, noteworthy new possibilities — without any kind of presumption, of course. We are grateful to our curators who trusted us and put so much energy into our small project.

JP: My goal is to demonstrate that it is possible to develop interesting projects with a low budget. Some people have asked us how we manage to bring these top international professionals with zero budget. My answer is always the same: I don’t know, but that means maybe we are doing something that’s worth existing.

All photography by Images Geray Mena