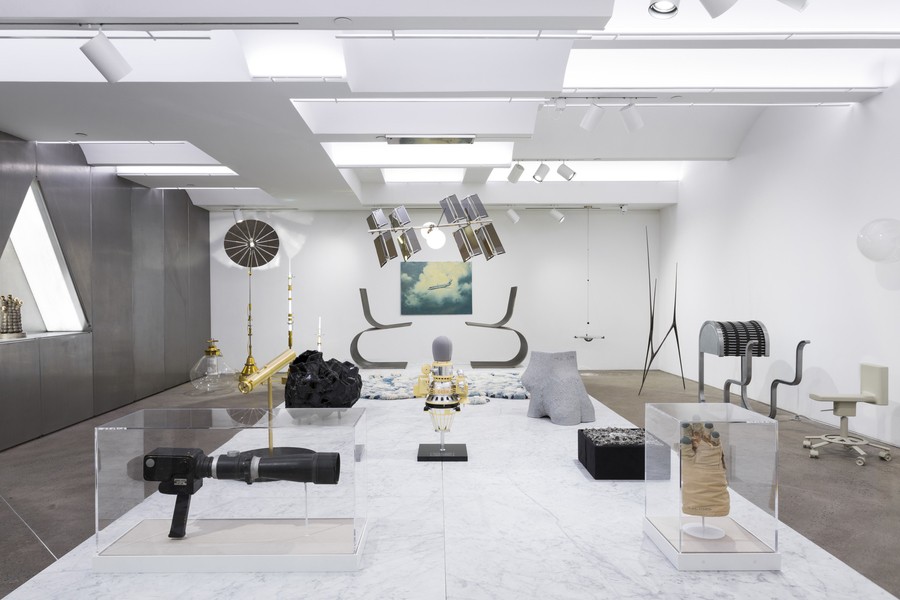 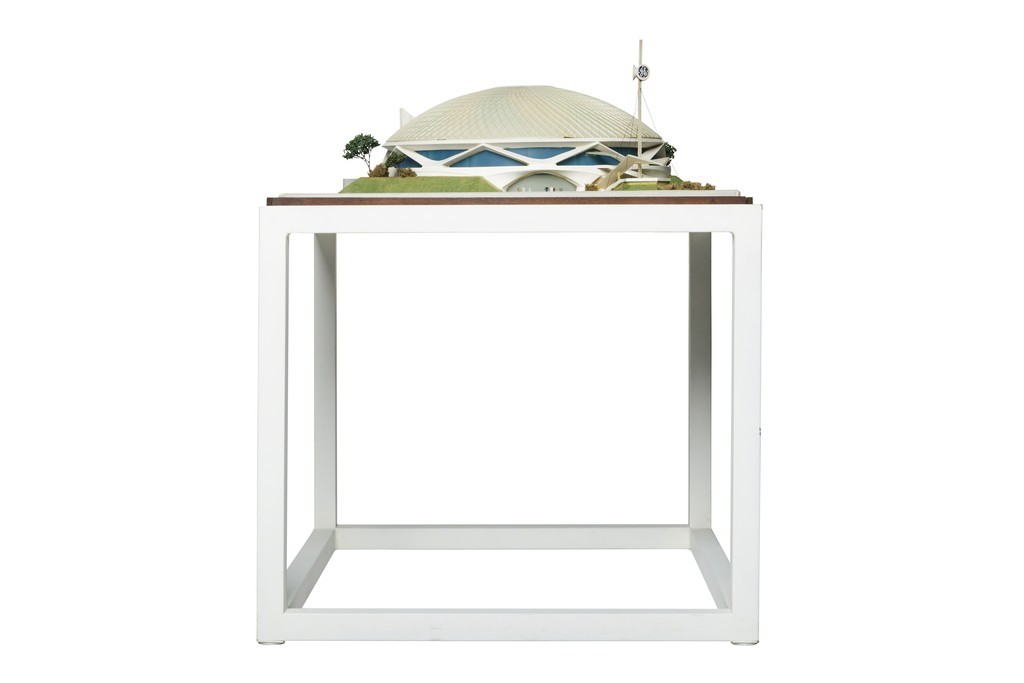 In April 1961, Soviet cosmonaut Yuri Gagarin became the first man to orbit the Earth, taking the human race beyond a previously unimaginable frontier. Just a month later President John F. Kennedy promised Congress to land a man on the moon. The Cold War’s race for innovation had begun.

Progressland is the second and final chapter of Chamber Collection #2, artist Andrew Zuckerman’s yearlong curatorial project at Chamber Gallery in New York (the first part, Human | Nature, opened in October 2015). Zuckerman has studied the shifts of geopolitical power structures, reconsidering the time of discovery as a celebration of cross-cultural achievement. At the conceptual center of Progressland stands a model of Walt Disney’s Carousel of Progress — first showcased in General Electric’s pavilion at the 1964 New York World’s Fair — which honored the fair’s theme of “Peace Through Understanding,” and invited people to witness the immense potential of achievements in science and technology that were focused on human advancement.

A piece by Brooklyn-based designer Bec Brittain, entitled MOU (Memoranda of Understanding) (2016), plays with this idea. A chandelier modeled in the shape of the International Space Station, it celebrates the ultimate collaboration of Russia and the United States. Brittain’s lighting fixture hangs above a model of Luna 9, the first spacecraft to land on the moon and to transmit photographic data to Earth, launched by the Soviets in 1966.

But there are tensions hidden behind the show’s optimistic theme, which slowly but surely turn American idealism on its head. The ongoing juxtaposition of past, present, and possible future goes beyond scientific advancement or plastic creation, revealing darker undertones. Original lunar landscape photographs taken in 1966 are exhibited in conjunction with Argentine designer Alexandra Kehayoglou’s hand-crafted Perito Moreno wool rug — a landscape in tonal variations of blue. Her 2016 creation is inspired by the eponymous glacier in Patagonia, one of the largest fresh-water reservoirs worldwide which is threatened by rising temperatures and human intervention. Kehayoglou’s discourse is one of awareness of human coexistence with biodiversity and natural resources. To continue the conversation, a piece entitled Of Insects and Men (#2) (2016), by rising French design star Marlène Huissoud, combines honeybee natural resin as binding factor to combine glass and other human waste materials into sculpture.

Progressland stages our innate pursuit for a sense of orientation and survival before it moves on to ponder our spirit of advancement. Yet there is latent nostalgia for a simpler future. Zuckerman uses the transitional space of the Gallery to feature objects that symbolize some of these nuanced anxieties, like Noah’s Ark (ca. 1985) by Modernist sculptor Ralph Dorazio, which represents the trial of imminent natural disasters; Satoshi Itasaka’s The Birth Gold (2016), a stunning spherical light fixture designed to embody the moment of conception; and Tea House (2016) by L.A.-based Korean artist Mimi Jung, a personal meditation capsule made from aluminum, larch, and polymer cords, which offers a private space for isolation and creative visualization.

As humans evolve, they also adapt as creatures in constant motion. And to explore the future in the work environment, what better example than Konstantin Grcic’s 360º chair (2009) — which appeared in Ridley Scott’s film Prometheus (2012) — next to a special desk/chair commission by RISD’s Ian Stell titled Roll Bottom (2016), whose seat doubles up as a desk cover when not in use.

Zuckerman’s ongoing search for where we come from, and where we’re going, also ties to his own practice as an artist. His exploration of human nature in all its forms is evident in his 2007 film High Falls, a story that questions the limits to which we test our conscience. Zuckerman’s photographic aesthetic remains immediate and minimalistic in his art and his curatorial practice, and is one to note in this exhibition. His approach creates a distinctive balance between the fragile — the delicate reflection of implied drops of water in New York-based Nao Tamura’s Momento (2015–16) or the pair of Scott Burton’s 1989 Two Curve chairs, mirrored one in front of the other so as to convey their inimitable levity — and the unyielding, the ultimate example of which is the Lost in Traffic Space Glove (2016), by Dutch designers Studio Molen, made out of bronze with fingertips that can be flipped open allowing access to touch — perhaps — a new planet. This wearable sculpture plays off on the optimism embodied by the Soviet-manufactured Zvezda spacesuit nylon glove with rubber fingertips (on display nearby): opposing the “grasping of the future” conveyed by the Soviet glove, the somberly lit bronze sculpture — placed in a niche that is perhaps a nod to medieval reliquaries — is stationary and hefty.

In Zuckerman’s exploration of humanity’s instinctive fascination for invention there is a particular emphasis on objects connected with our attempts to conquer outer space. But today the fear that the American psyche experienced during the Cold War is hard to remember or even fathom, replaced as it has been by our collective memory of mid-century optimism, an era when man’s relationship to the future seemed simpler. Progressland is a timely reminder that the apparent optimism is the result of a retroactive lens that obscures and glosses over the geopolitical complexities of the Space Age.