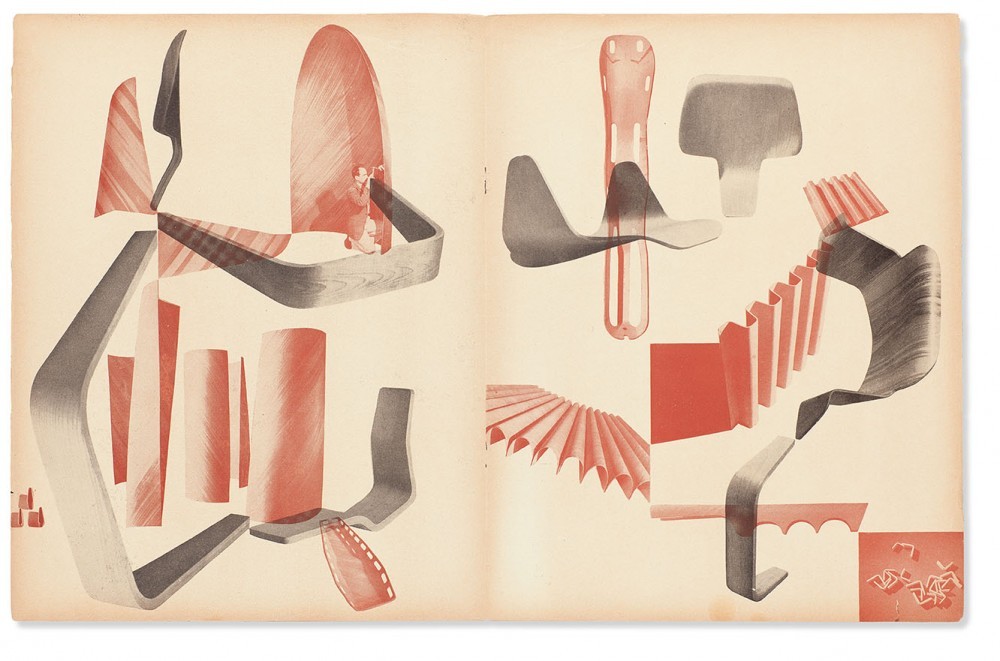 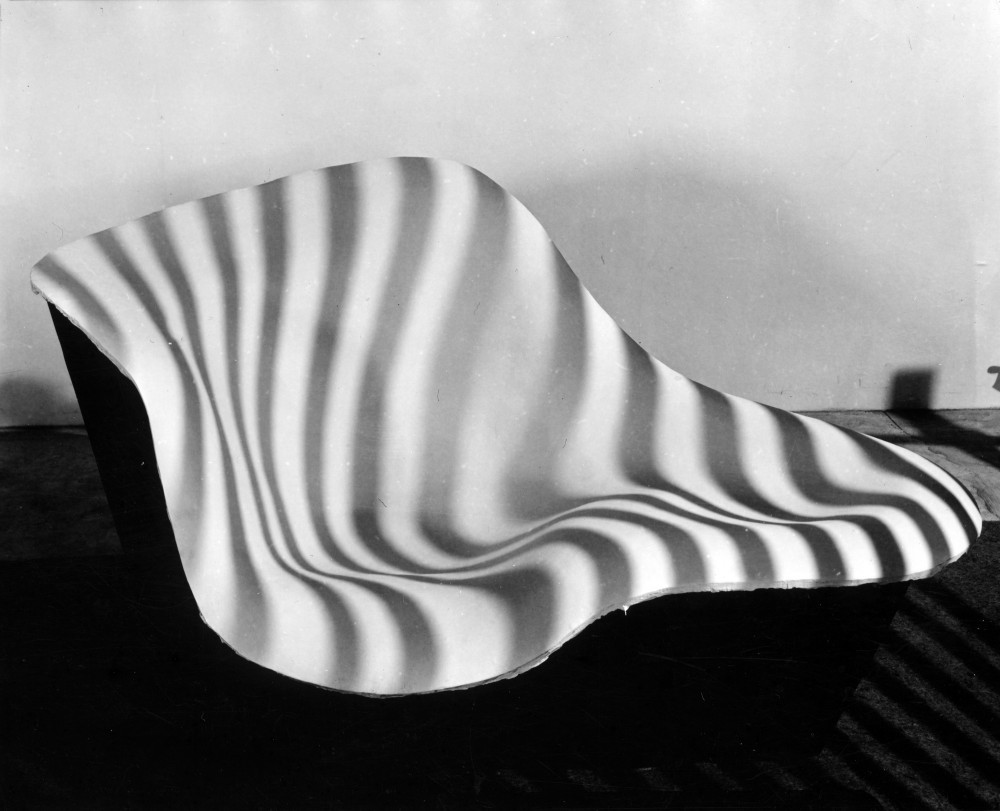 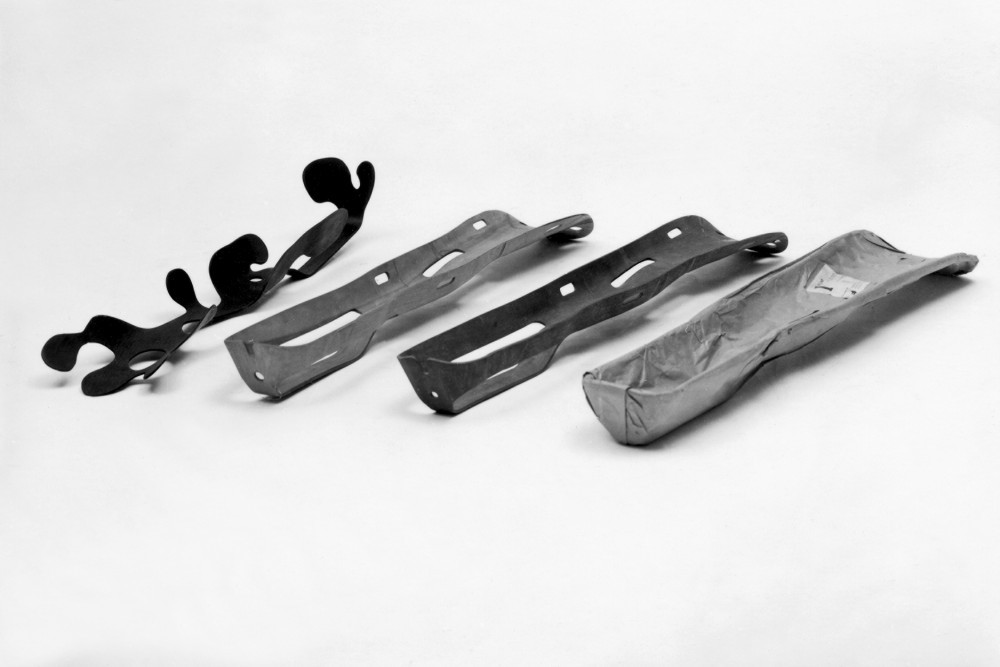 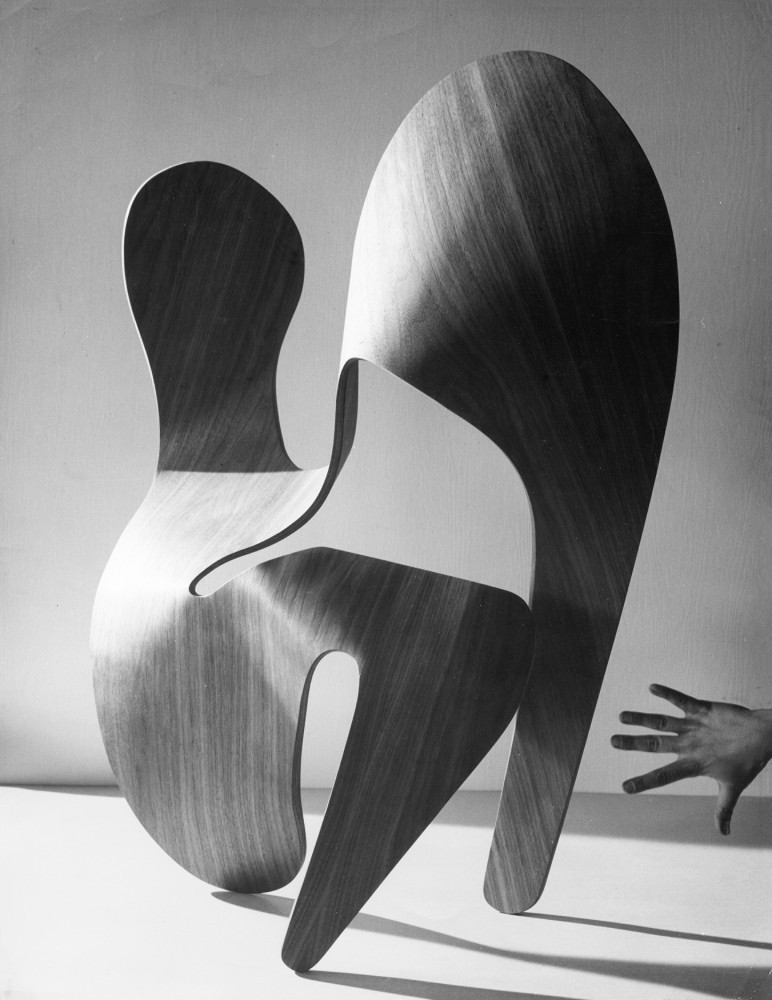 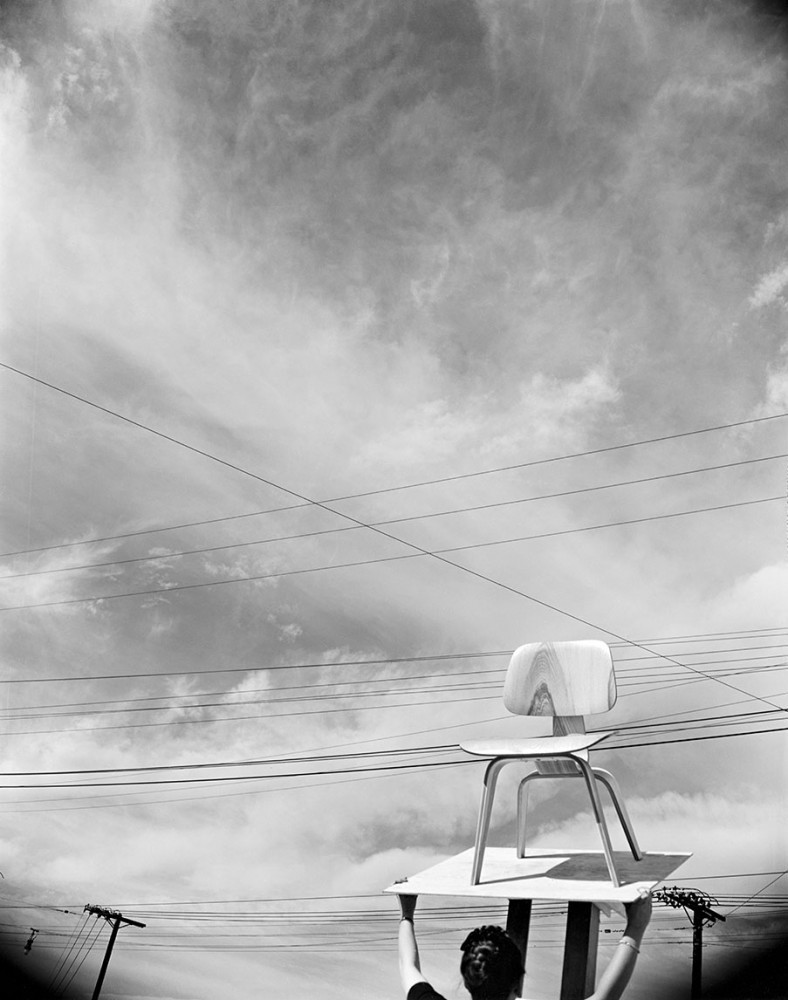 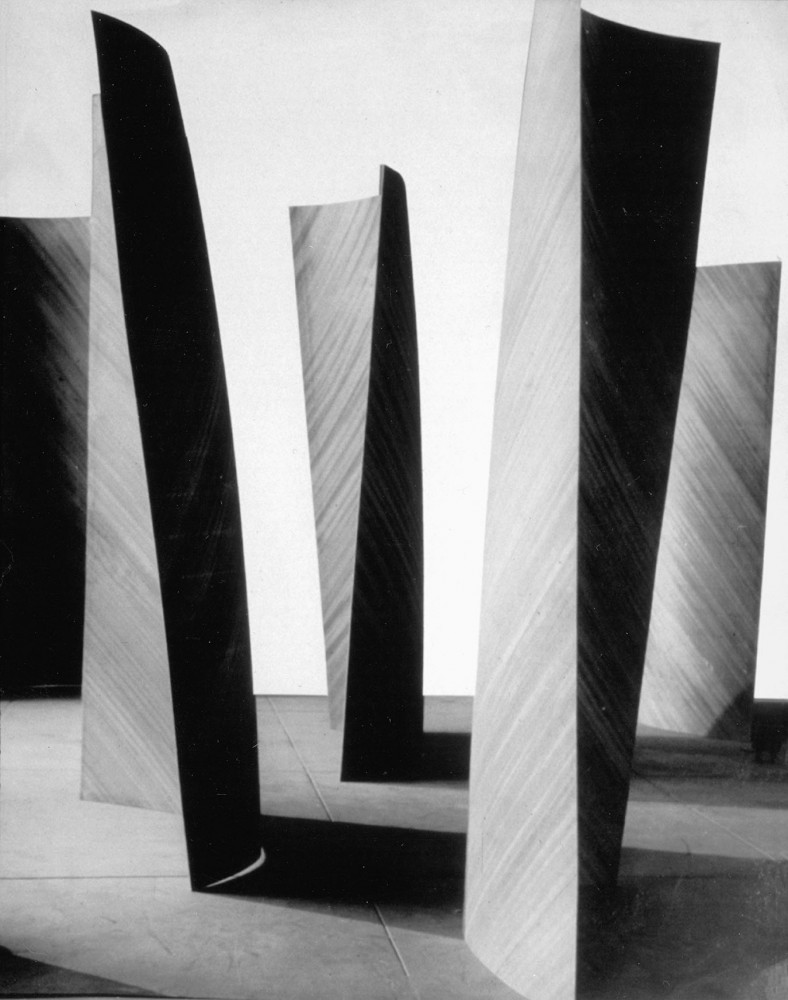 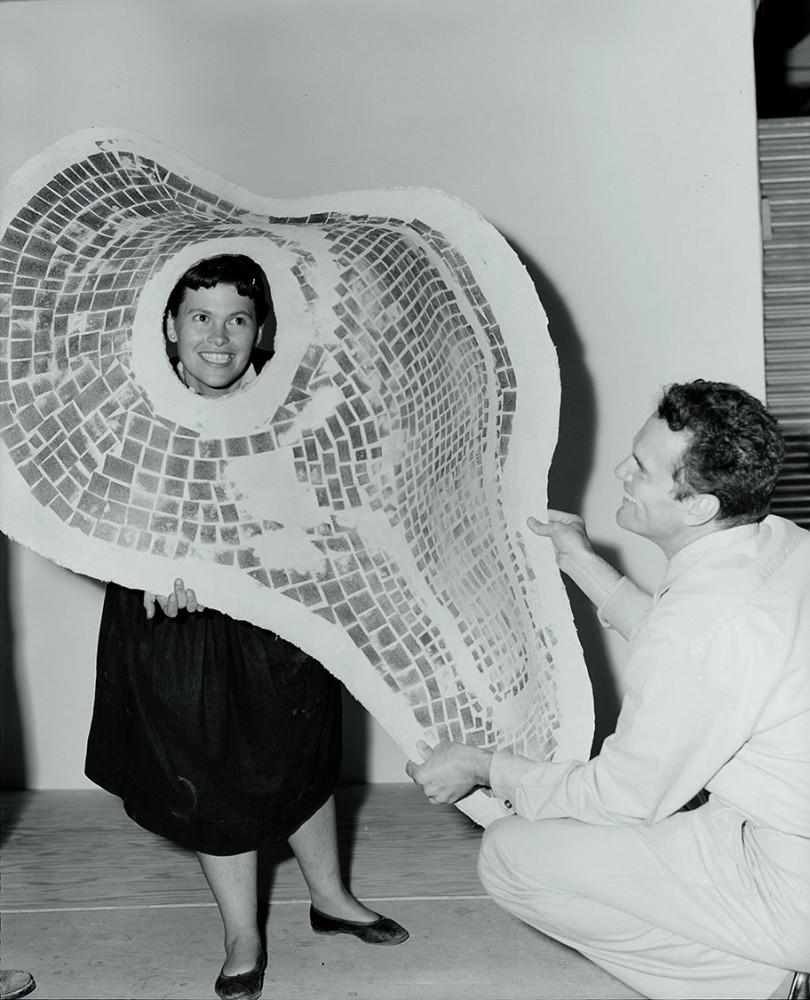 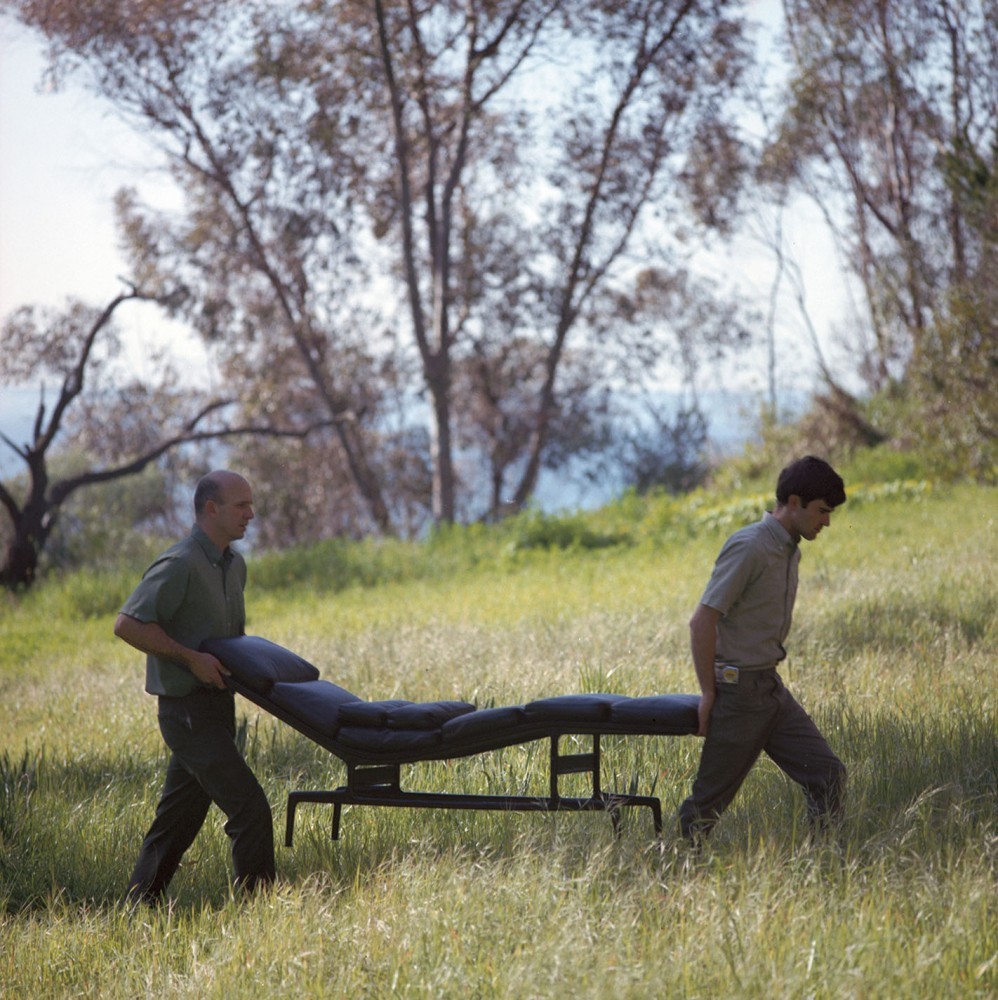 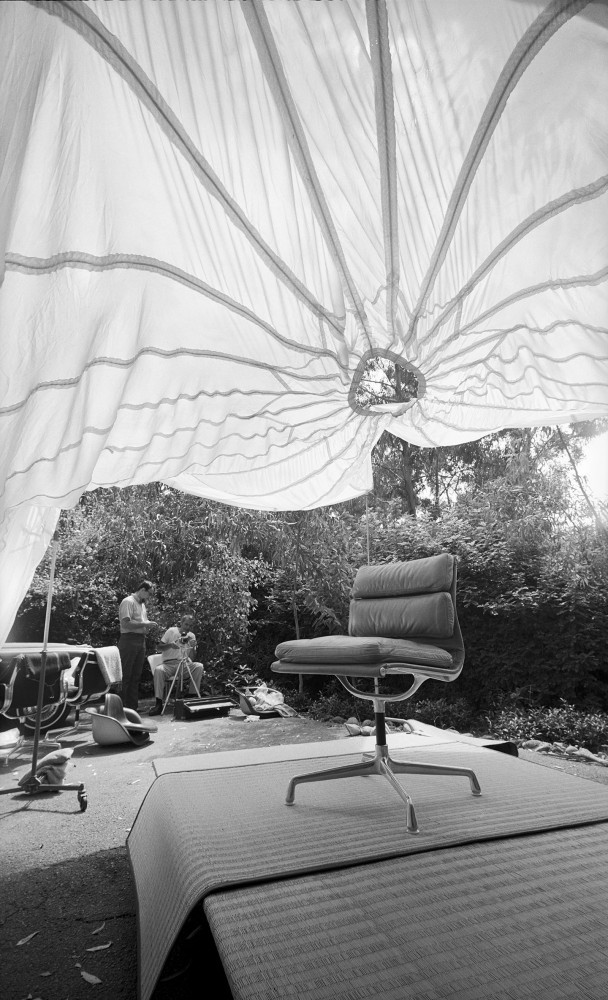 Charles Eames photographing a Soft Pad side chair in the driveway of the Eames House, 1969. © Eames Office LLC. 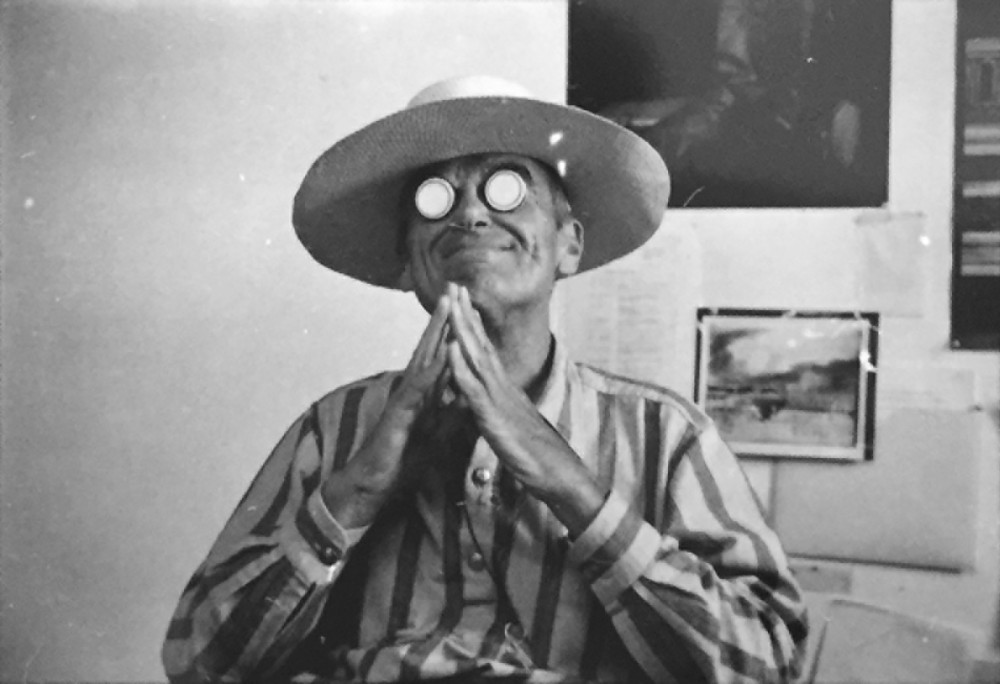 CHARLES AND RAY EAMES AND THEIR HISTORY OF PLYWOOD

The husband-and-wife team Charles and Ray Eames started their eponymous studio a little more than 75 years ago. Some of their biggest successes were thanks to their ingenious research in and use of plywood, and the company they most collaborated with throughout the years was the American furniture manufacturer Herman Miller. On the occasion of a new book chronicling the company’s history, one of the book’s editors (together with Amy Auscherman and Sam Grawe), the industrial designer Leon Ransmeier spoke to PIN–UP about the importance of plywood for both the Eames’s and for Herman Miller. To illustrate this story, we gathered a mix of images from the book and never before published archival imagery. This is the first in a three-part series highlighting chapters in the 600-page Herman Miller: A Way of Living. An exhibition of the same name is also currently on view at the Herman Miller showroom at 251 Park Avenue in New York.

“This image from around 1943 shows (from left to right) a sculpture made by Ray Eames next to several leg splints. In the beginning, the Eames experimented with layering pieces of wood veneer on top of each other to create compound curvature in plywood, often making sculptures before they became focused on functional items. During WWII they segued into military production, making plywood leg splints, arm splints, and litters for carrying injured soldiers. After the war ended, they managed to reapply the knowledge of production they gained from military applications towards manufacturing furniture. This image also says a lot about the office in terms of their approach to creating design both industrially and artfully. Ray studied under painter Hans Hofmann, and was an artist first.”

“This sculpture would also have been made around 1943, during the war, when they were experimenting with molded plywood. It’s a very beautiful object. I like the hand in the image because it gives you a sense of scale.”

“The Eames Office produced these fuselage panels for a military glider around the same time period. The glider was made out of plywood due to a shortage of metal during the war. When we were working on the book, we found a nice note to Charles Eames from George Nelson (Herman Miller director of design 1947–72). In 1945 Nelson says, ‘I have often wondered how you and your artist-engineers have been doing.’ That phrase “artist-engineers” really sums it up. The Eames Office had Harry Bertoia, Gregory Ain, Don Albinson, and many other people tinkering and innovating. None of them were trained engineers or industrial process people. They were architects, designers, and artists.”

“Swiss graphic designer Herbert Matter created this collage in 1946 for a centerfold spread in Arts & Architecture magazine. The article that this beautiful image accompanied was a big deal, coinciding with a MoMA exhibition titled New Furniture by Charles Eames. The article was full of gushy praise. For example it starts, ‘There is no need to qualify the statement. Charles Eames has designed and produced the most important group of furniture ever developed in this country.’ The furniture presented in this exhibition would later be manufactured by Herman Miller but first it was being made by the Evans Product Company in California, the company that the Eames Office had partnered with to develop splints for the navy.”

“An epic shot of the DCW (Dining Chair Wood) photographed outside the Eames office in Venice, California in 1946. This would have been just before Herman Miller took over production of the chair. It’s a very triumphant image. At the time it hadn’t even been mass produced yet, but according to Eliot Noyes it was already the most important furniture ever developed in this country.”

“Here’s a photo of Charles and Ray goofing around with a prototype of La Chaise which was designed for the “International Competition for Low-Cost Furniture Design” at the MoMA in 1948. It’s an extremely sculptural object which has become an icon, but ironically though it was designed for the low-cost furniture design competition, it was never low cost. (La Chaise was never sold during Charles and Ray’s lifetime because it proved too costly to mass produce and finally went into production in 1990.)”

“This image shows the completed prototype with shadows falling across it in a zebra pattern, highlighting the curvature. It’s really similar to a tool used now in 3D modeling programs for the same purpose.”

“I love this picture of two employees carrying the Eames Chaise across the meadow at the Eames House during a photo shoot in 1969. It’s really dreamlike.”

“This behind the scenes photo of the Soft Pad Chair is from the same shoot. They were using a parachute to create diffused light.”

“I wanted to put this picture of Charles Eames in the book but there was no place where it made sense. I think he has bottle caps on his eyes, and it gives you a glimpse into his sense of humor. He looks like a guru!”