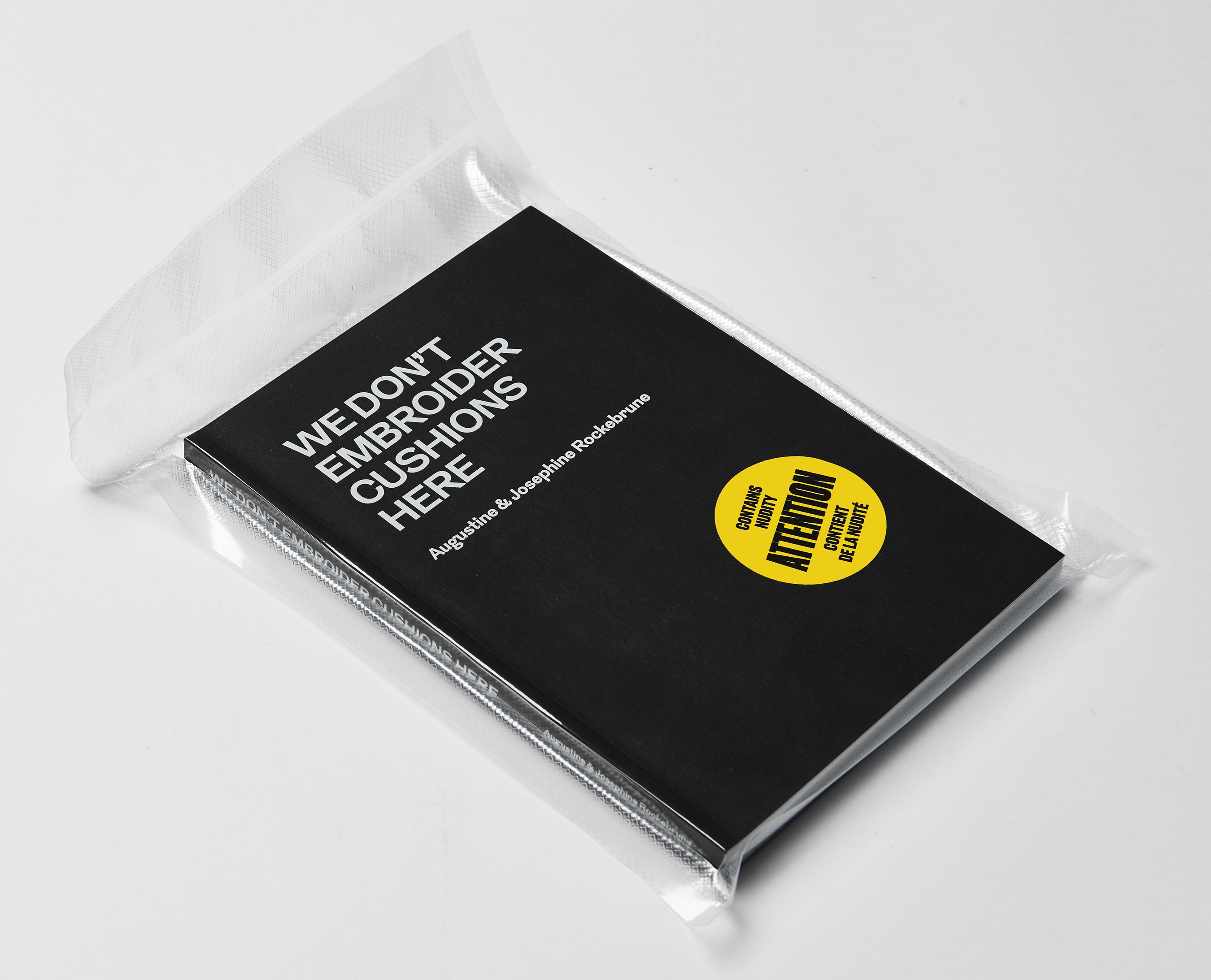 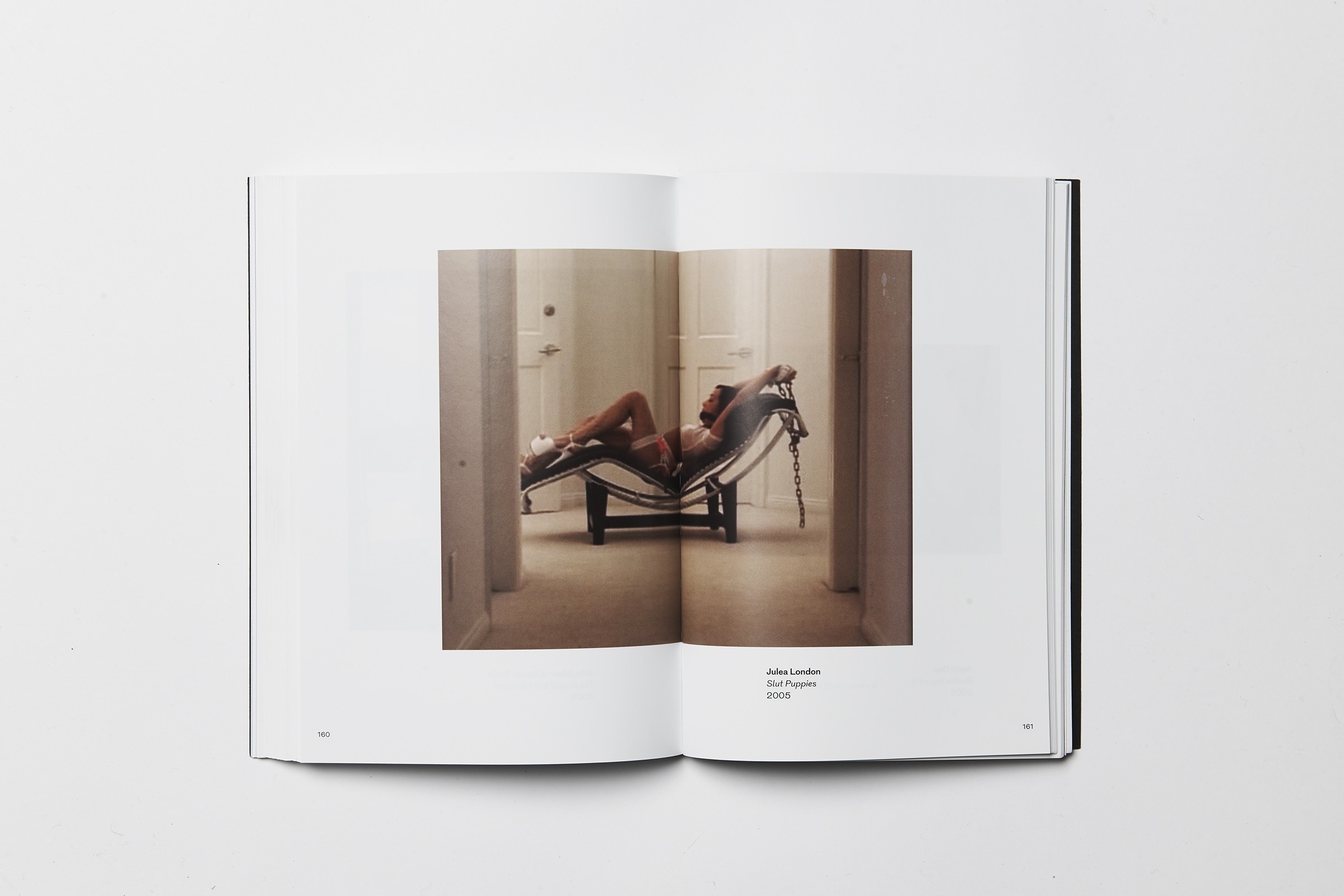 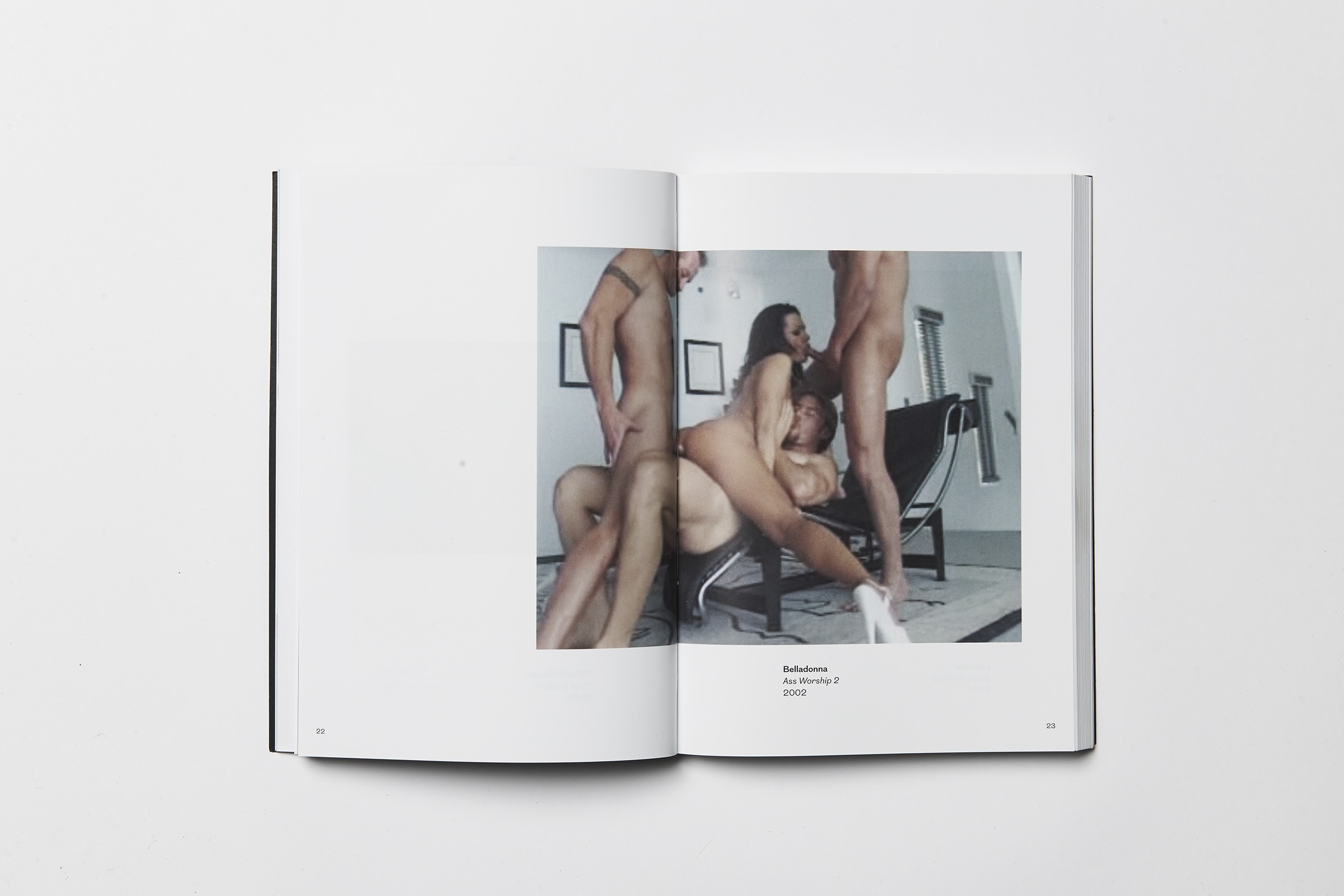 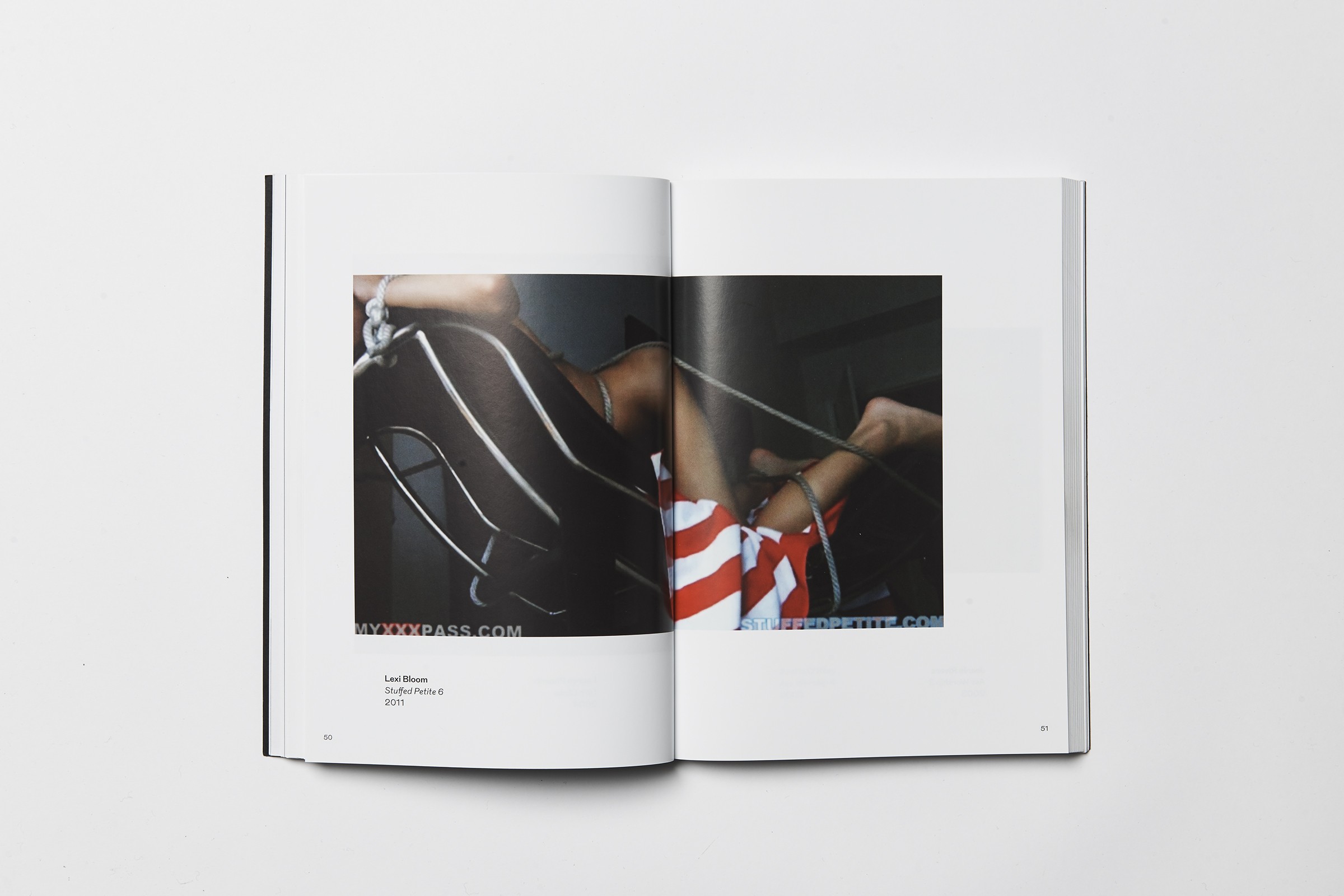 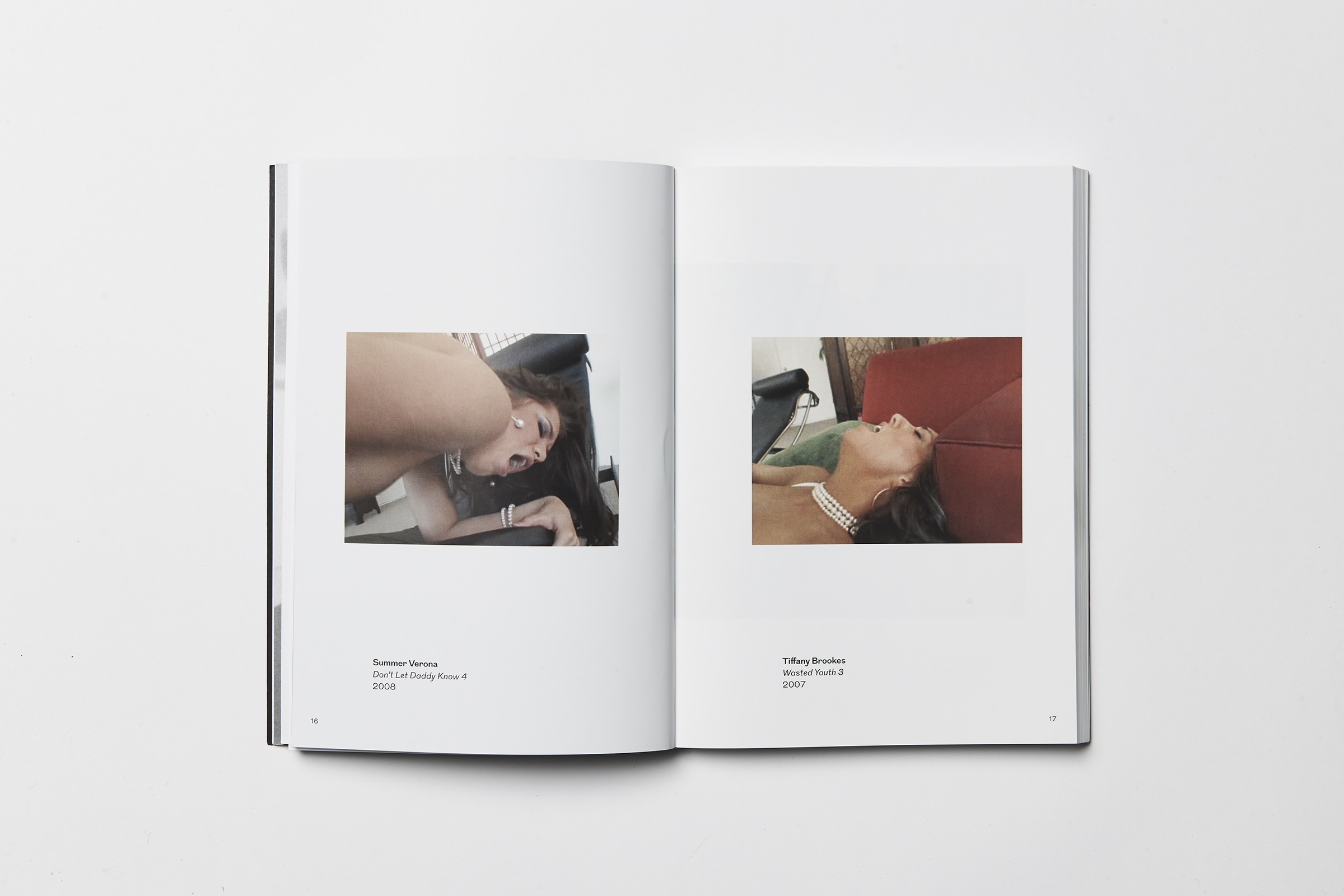 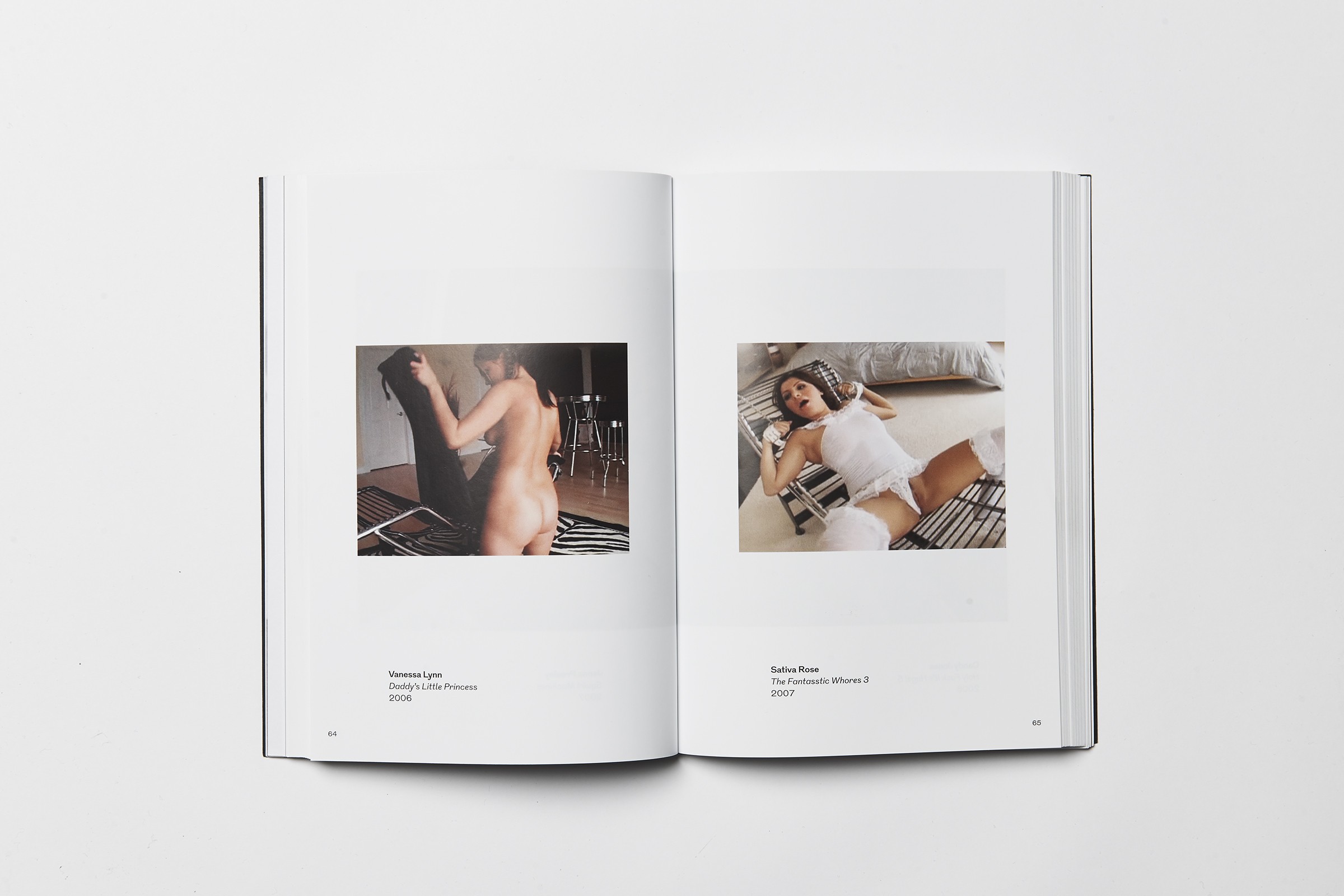 The clean lines and functional design of the LC4 chaise longue seem to be overlooked by Sativa Rose in Teenage Spermaholics 3. She’s busy working, a dick in each hand and one in her mouth, while the Le Corbusier recliner sits neglected behind her, mostly out of frame. There are countless video stills like this one in We Don’t Embroider Cushions Here, but the familiar leather and stainless-steel lounger isn’t always so ignored — it’s debased and degraded too in films like Squirt Machines, Liquid Diet, The Ass Watcher, and Ass Worship 3 and 4. With its catalogue of stills archiving the LC4 as porno prop, crediting only the female performers, the 212-page book aims to spotlight the woman behind the iconic piece of modern furniture, Charlotte Perriand (1903–99), as well as the women on top of, in front of, and chained to it.

It’s a provocative statement paralleling Perriand, Le Corbusier’s unpaid and uncredited assistant, with adult film actresses. The first image in the volume, and perhaps the only G-rated one, is a black-and-white photograph from 1929 of Perriand reclining on an LC4, her feet up and her face turned away from the camera, the line of her body and the chair together tracing an S, perfectly demonstrating the lounger’s ergonomic elegance. Two years before this picture was taken, a 23-year-old Perriand had come to Le Corbusier’s atelier wanting to work for him. The book’s prologue relays the story, which has now entered design lore, of how Le Corbusier summarily dismissed the young Perriand with a curt “We don’t embroider cushions here,” only to see her raved-about exhibit a few months later and then hire her. She went onto design the LC4 in his shadow soon after.

The book’s authors, who juxtapose Perriand’s gendered mistreatment with the decadent degradation performed for the camera in adult films, are mysteriously credited only as sibling artists Augustine and Josephine Rockebrune. These presumably pseudonymous names make reference to another famous example of Le Corbusier’s bare-faced (and bare-assed) chauvinism. In 1926–29, at Roquebrune-Cap-Martin on the French Riviera, Eileen Gray built the vacation villa E-1027 with her lover, Jean Badovici, a critic and friend of Le Corbusier’s. After Gray dumped Badovici, presumably to go back to dating women, a naked Corbu, jealous, so legend has it, of Gray’s exemplary Modernism, covered the house with voluptuous murals which Gray is said to have hated. The Rockebrune sisters, whoever they may be, are clearly out to prick the macho mores of this complicated monstre sacré of Modernism.