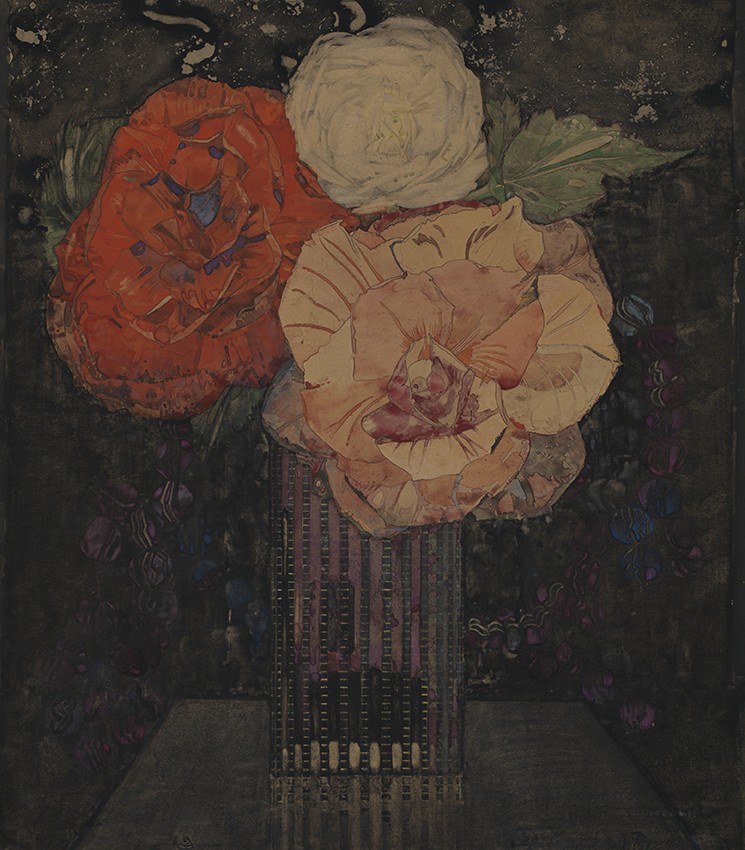 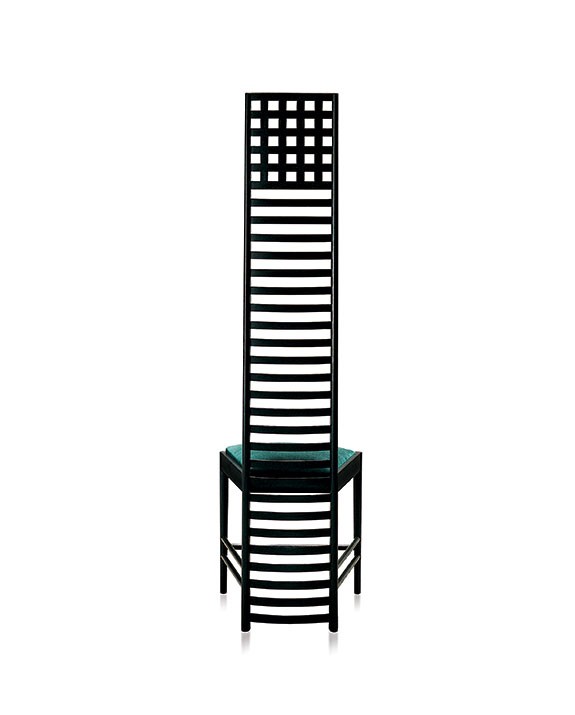 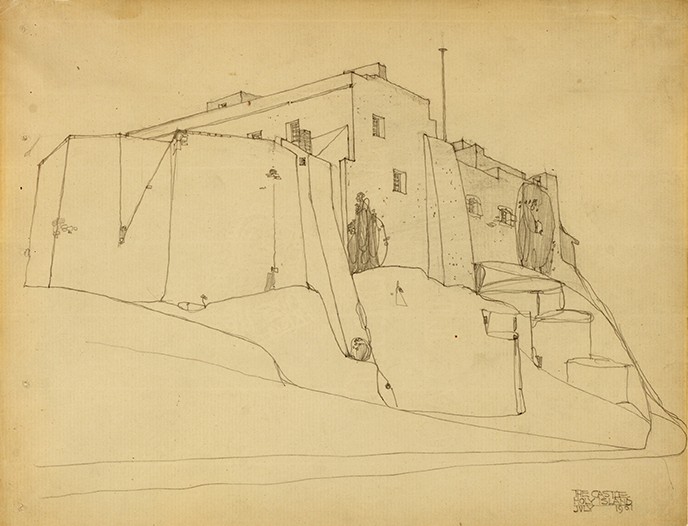 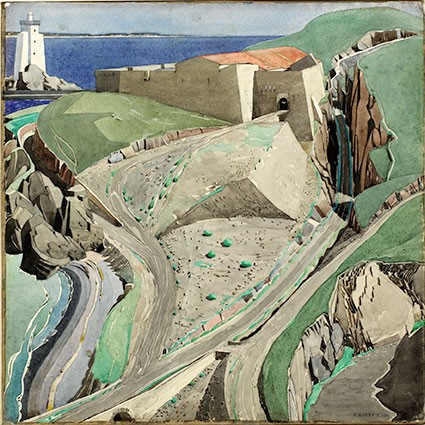 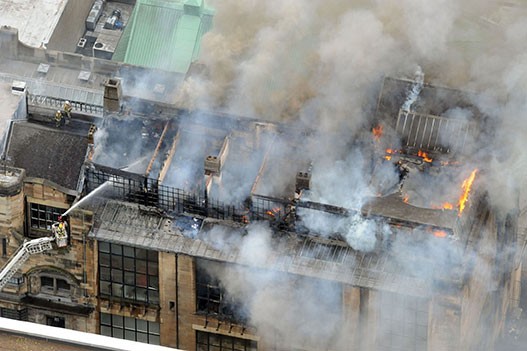 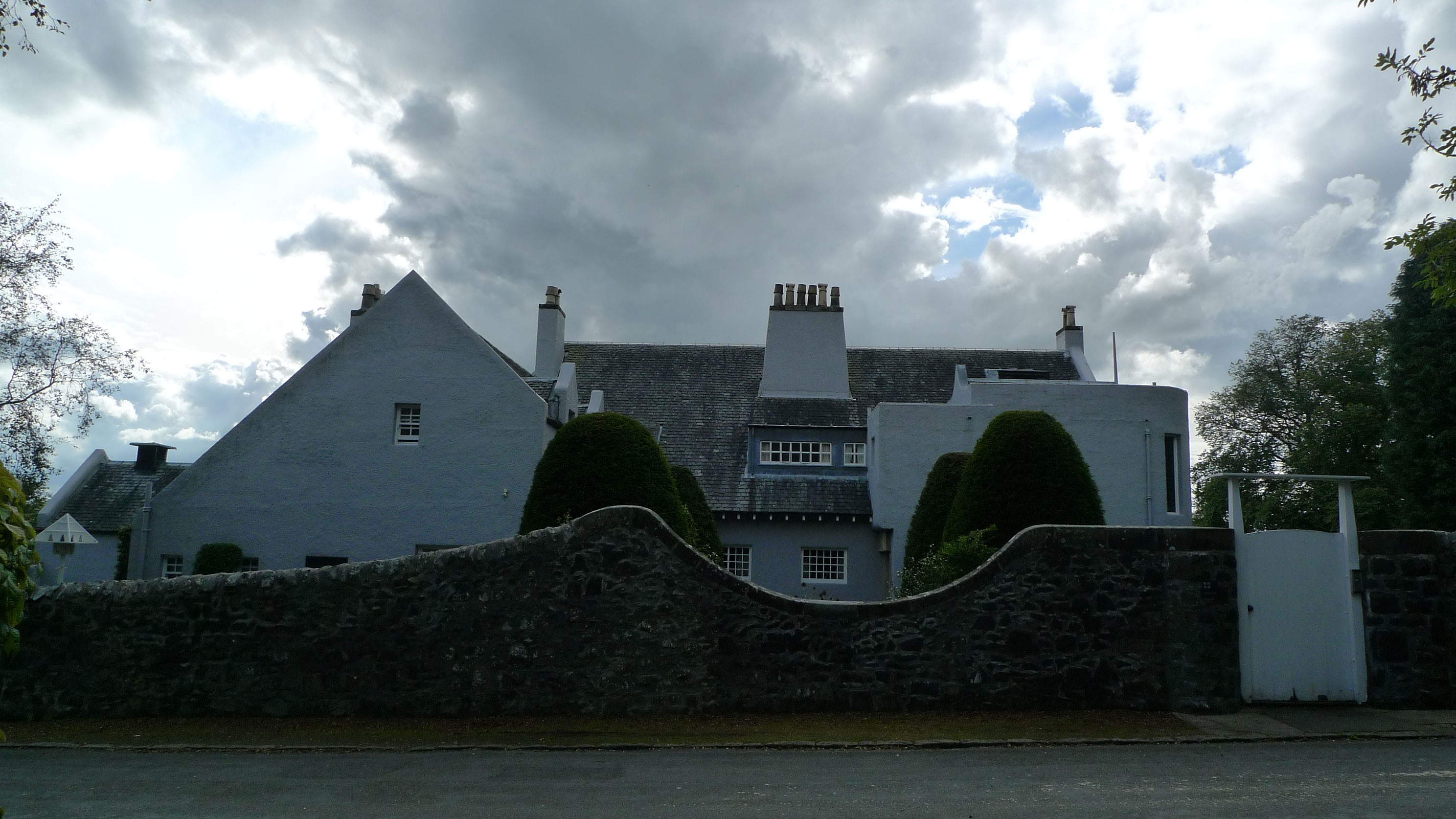 MACK IS BACK: RENEWING THE LEGACY OF CHARLES RENNIE MACKINTOSH

Charles Rennie Mackintosh (1868-1928) is chiefly remembered for chairs whose elegantly excessive elongation and geometrical clarity inspired Secessionist Vienna and a Gesamtkunstwerk approach to life and architecture. The Glaswegian architect and designer had a wide range of influences including Scottish baronial, Japanese interiors, Art Nouveau, and the Arts and Crafts, which all combined in a highly personal, sensual style. As it happens, 2014 was a momentous year for the late Mackintosh, a mix of good a bad, but while the better list wins in terms of numbers, the worse stands out in terms of irreparable loss. In May, a heartbreaking fire at the Glasgow School of Art, Mackintosh’s masterpiece, destroyed his gem of a library.

Is there a curse on this architect whose life and career were dogged by ill health and bad luck? For without the fire, 2014 would have been an unequivocal triumph for Mackintoshonia, with a major retrospective at the Hunterian Art Gallery in Glasgow, and also a new online database that provides an extraordinarily rich resource for researchers and groupies alike. While the show, Mackintosh Architecture, examines one by one all 126 building projects in which he had a hand, the database, *Mackintosh Architecture: Context, Making and Meaning, compiles over 3,000 images, as well as lengthy histories and discussions of his major projects. But that’s not all, for in addition to the main exhibition the Hunterian has organized three smaller ones: Mackintosh Travel Sketches, which reveals his enormous talent as a draftsman, Charles Rennie Mackintosh: Begonias, which showcases one of his exquisite still lifes, and William Davidson: Art Collector*, which explores the taste and interests of the architect’s principal patron.

But it’s not only the Hunterian that’s currently fueling Mackintosh fever. Last October the third edition of the Creative Mackintosh Festival took place in Glasgow, with all sorts of events on the calendar. And now the Royal Institute of British Architects in London also just opened Mackintosh Architecture. And then there’s Esther Freud, great-granddaughter of Sigmund, who’s recently published a novel, Mr. Mac and Me. Her story recounts the year Mackintosh spent in Suffolk in 1914–15, due to ill health and a lack of work in Scotland, which culminated in his being arrested by local police on suspicion of spying for Germany.

Should you also catch Mackintosh fever, you might think about buying your very own Mackintosh home. Windyhill (1899–1901), one of only two houses he built, is still up for sale. Located in the village of Kilmalcolm, 15 miles outside Glasgow, it was commissioned by Davidson, who gave the architect and his wife Margaret Macdonald carte blanche to design absolutely everything in it. Painstakingly restored by its current owner, and on the market for only the fifth time in its history, Windyhill is yours for £3 million.