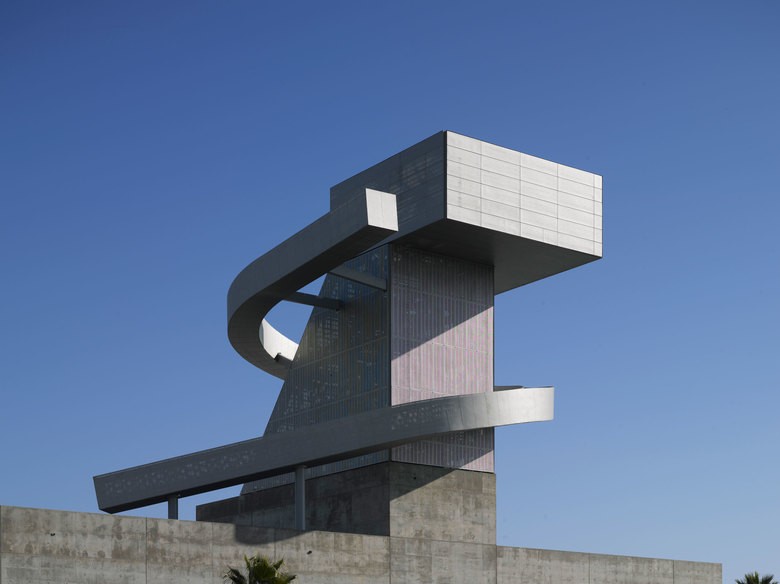 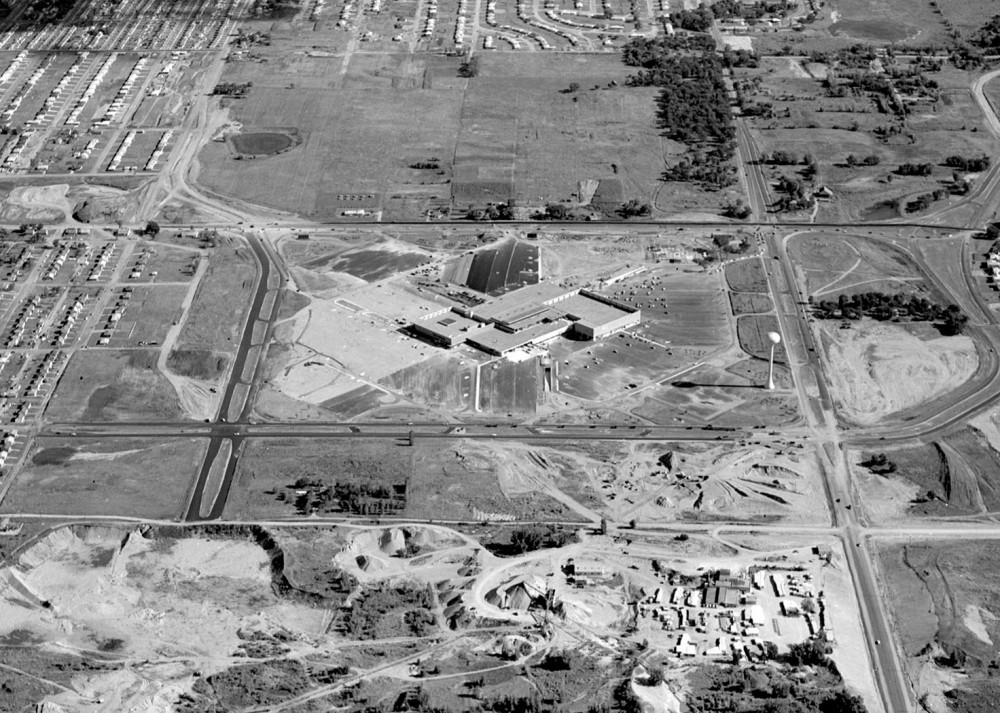 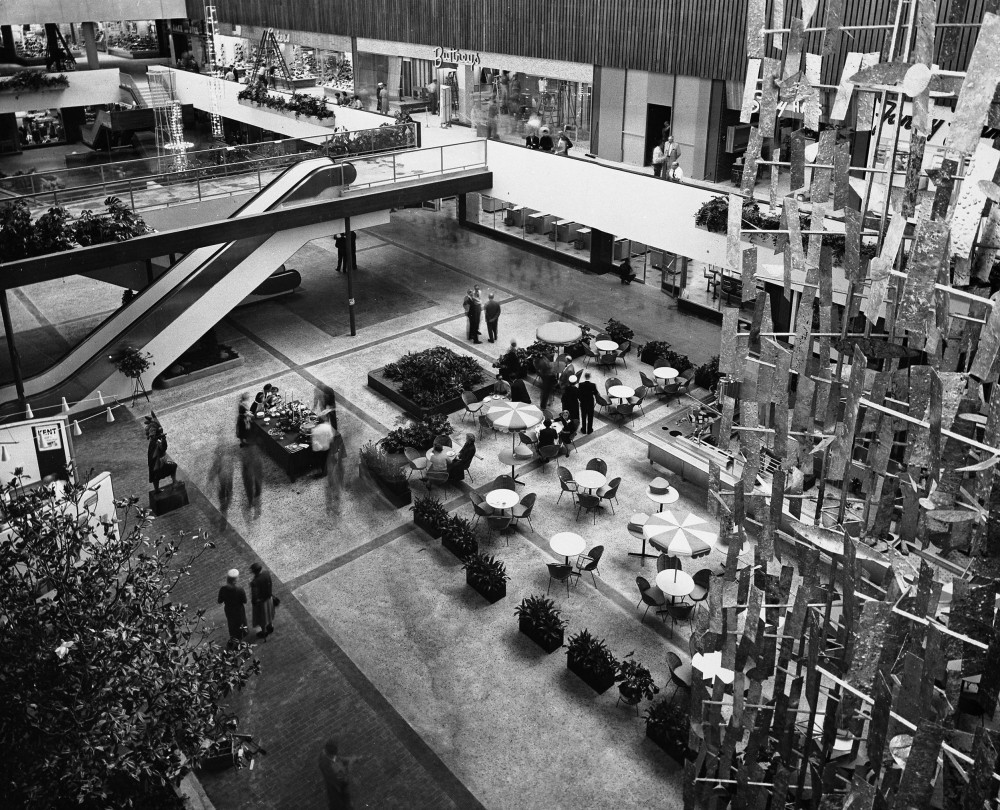 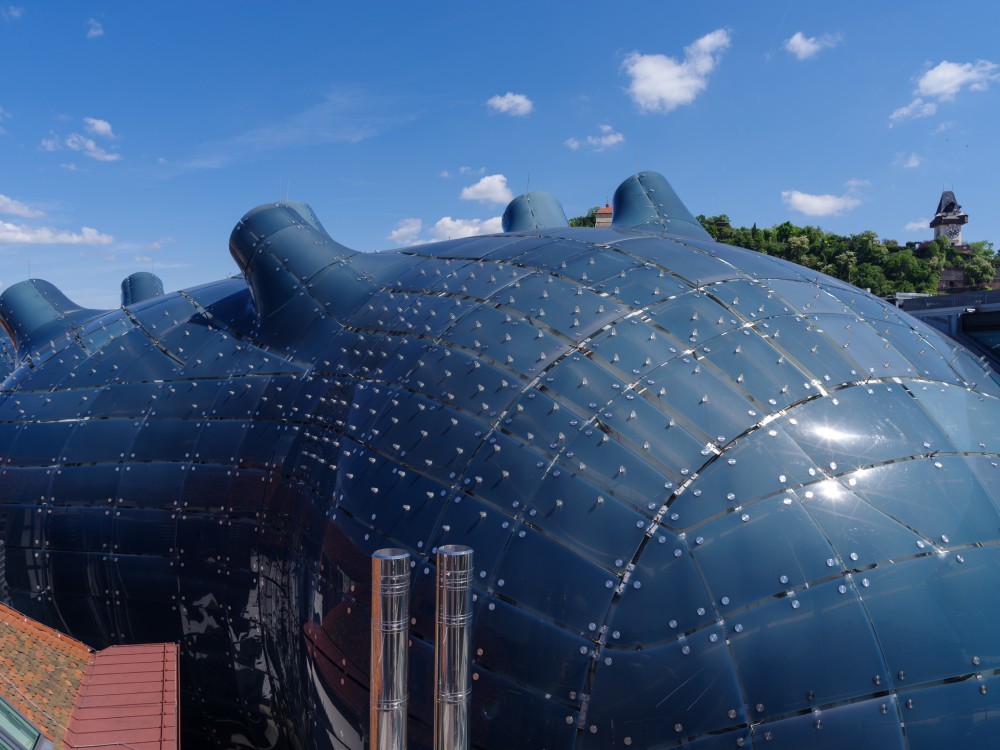 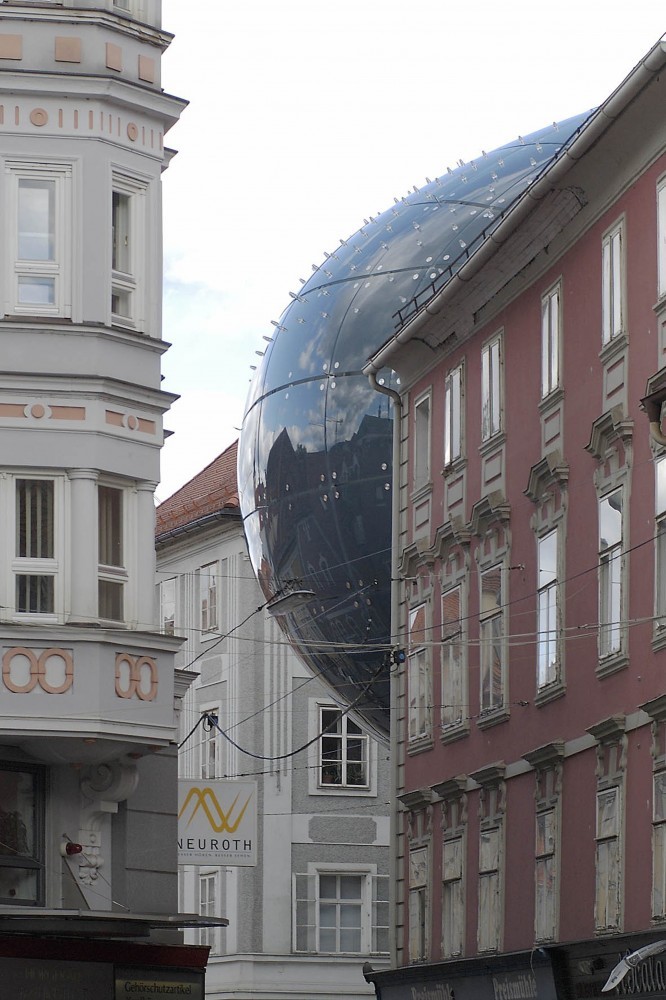 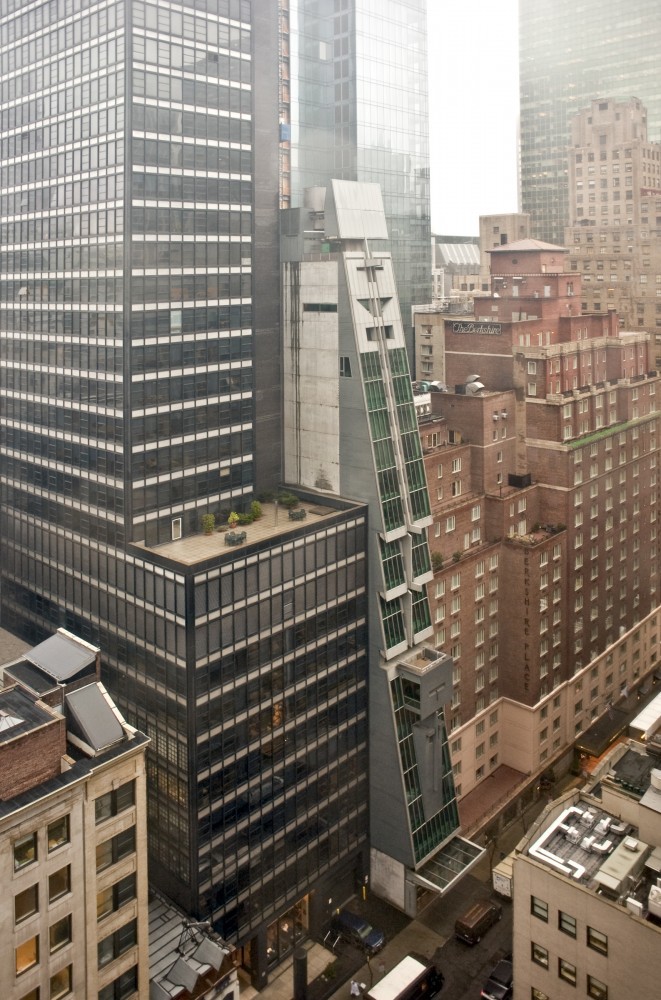 Exterior view of Austrian Cultural Forum New York, designed in 1992 by Raimund Abraham and opened in 2002. Photography by David Plakke 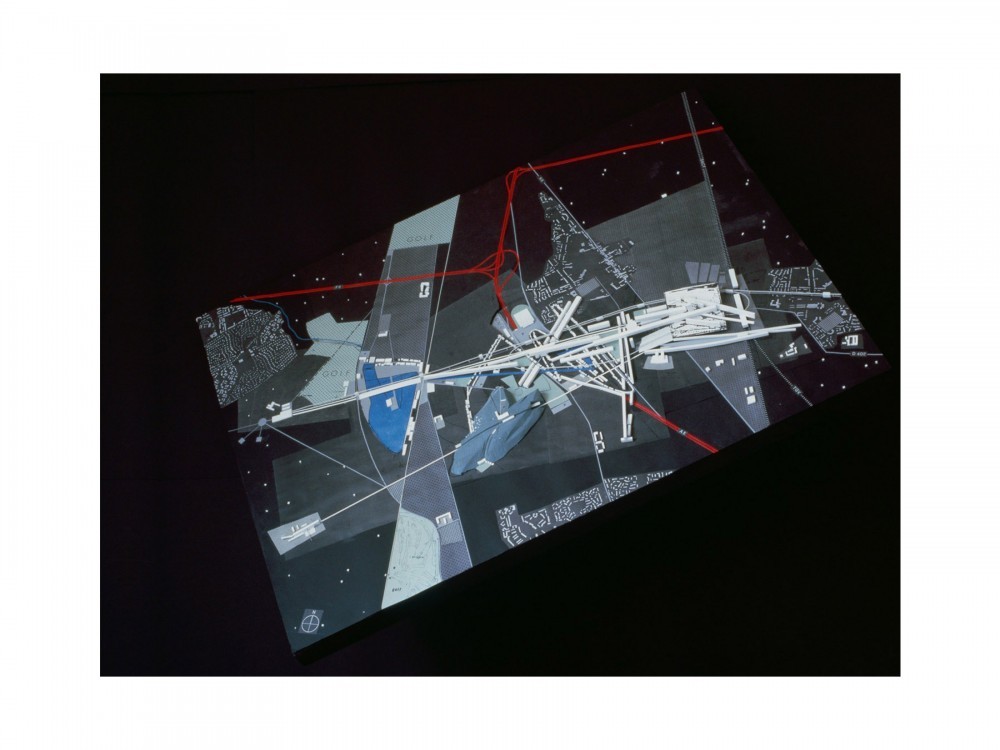 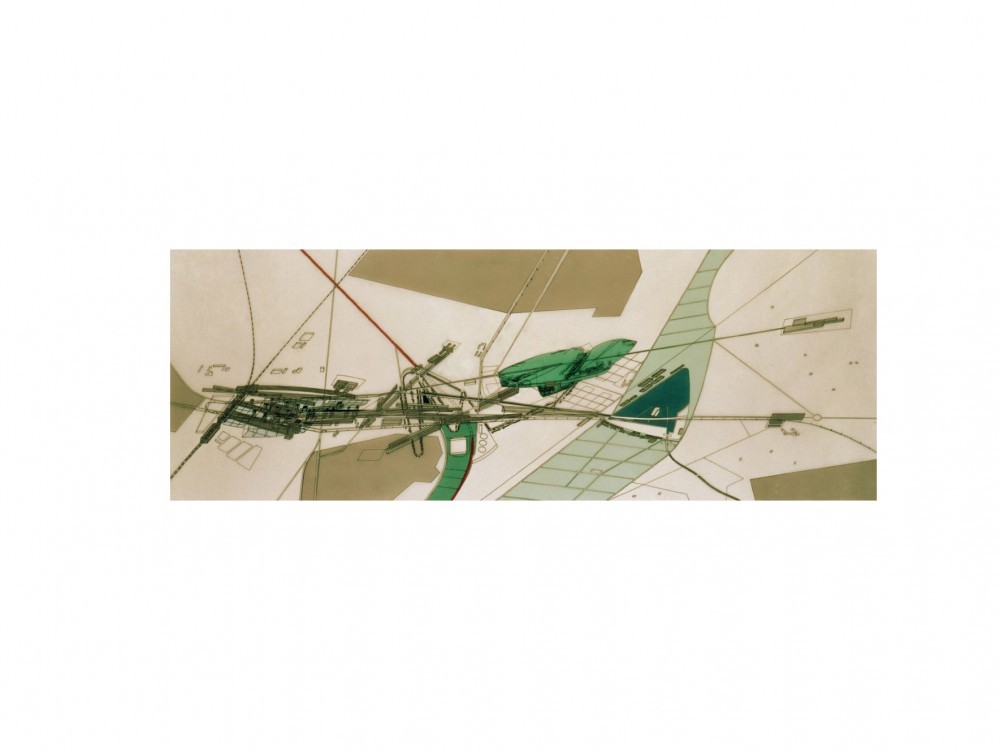 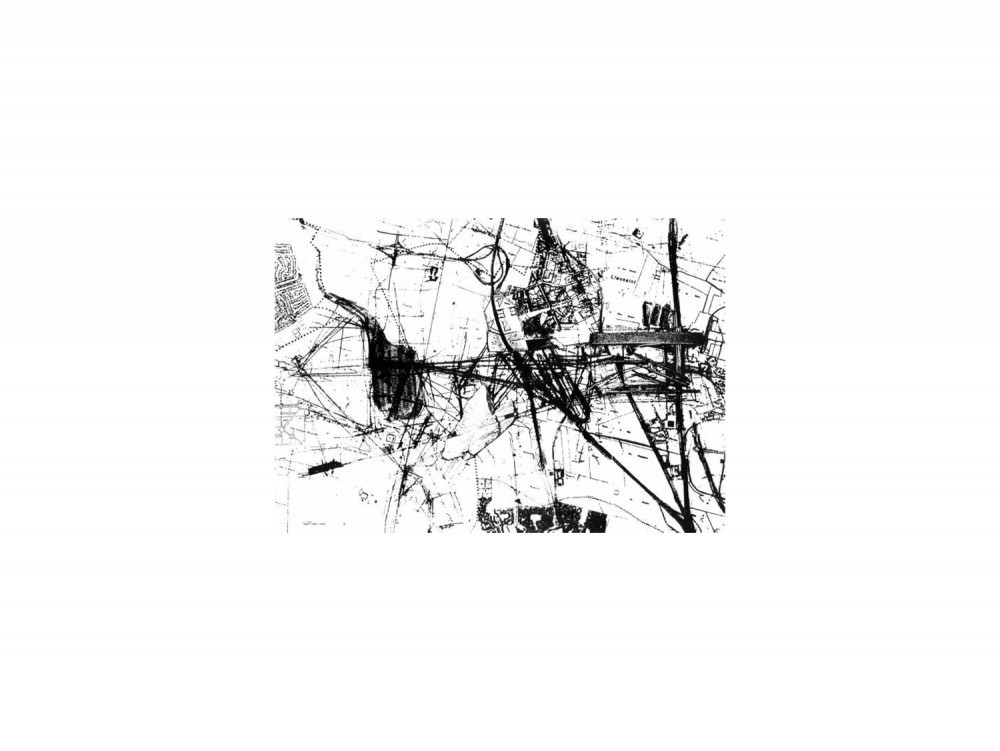 Austrian architect Adolf Loos, infamous for his distaste of ornament, is widely regarded as having provided a theoretical framework for Modernist architecture. Richard Neutra and Rudolph Schindler, both born in Vienna, pioneered now-archetypal innovations to building practices, helping make a case for the movement’s Austrian roots. But according to Resident Alien: Austrian Architects in America, an exhibition on view at New York’s Austrian Cultural Forum until February 2020, these early Modernists shared more than a birthplace in then Austria-Hungary; their careers in architecture were catalyzed, facilitated, or otherwise conditioned by time spent in America. (Loos spent a few formative years in New York and Chicago in his 20s, and Schindler and Neutra made names for themselves in California.) Focusing on Austrian-born architects, curators Stephen Phillips and Axel Schmitzberger offer an account of Modernism and the movements it begat, laying out a model of transnational interchange that foregrounds the contributions of the “outsider,” or resident alien.

Primitive Domains examines Austrian architects’ deployment of simple geometric forms, from Herbert Bayer’s 1936 Metamorphosis photograph through Neutra’s rectilinearity to the contemporary obsession with algorithms and digital iteration. Scaling up the focus on simple geometries, Aggregate Families looks at how those forms were combined or repeated, especially in response to technological change. The skyscraper — an American invention, to be sure, at least in its modern incarnation — looms large in this regard, as formal inspiration that courses through such designs as the strewn forms of Coop Himmelb(l)au’s Central Los Angeles Area High School #9, Josef Frank’s 1947 proposal for the United Nations, and Loos’s irreverent design in the 20s for the Chicago Tribune Tower — a giant Doric column. (The very Forum building itself, a deconstructivist stack of volumes by Raimund Abraham, could also be understood through this lens.) Geometric aggregation saw a renaissance of sorts with the advent of the digital age, the curators note, with design and rendering software enabling repetition to serve as the basis of, for example, the iterative work of Julia Körner.

Resident Alien is at its most compelling in its synthesis and explication of threads that dominate architecture discourse today, especially the focus on design’s usually coercive relationship to its surroundings. Those themes and considerations are not unique to Austrian-American cultural interchange, the curators acknowledge (even if they make a convincing case for how much 20th-century architecture owes to it). “These are very contemporary architectural themes that have appeared time and again over the past century with shifted interested between modern, postmodern, digital, and post-digital design,” says Phillips, also founding principal of SPARCHS in California. “If there is something very Austrian-American about this show, there is also something very globally contemporary.” This broader focus is especially apparent in the Media Atmospheres section, which says less about an instance of transatlantic exchange than it does about the global nature of cultural production. And so when the focus of Austrian-American architectural contributions does occasionally slip from Resident Alien’s purview, it’s partially deliberate. “For me, the interchange is about foreign responses to local problems,” Schmitzberger, an architect at Domaen and professor at Cal Poly Pomona.

Certain commonalities emerge among the Austrian architects featured: they often harbored anti-authoritarian instincts and held ideas that were not welcome in Austria’s rarefied academy; they yearned for an intellectual and creative freedom afforded in the United States; and their provocative concepts were often in direct response to experiences stateside. “The title Resident Alien, as Axel often describes, really situates the creative ‘misfit’ character of these immigrants, alongside the creative opportunities that being both an outsider and an insider can afford,” says Phillips. “This becomes clear when you see how inventive and significant this group of Austrian-American architects have proven within architecture.”

Far from introspective navel gazing or national self-congratulation, the exhibition ends up advancing a rather cosmopolitan perspective, highlighting not what was made in one country or the other, but what, as Phillips says, “seems to have formed in this space in between.”