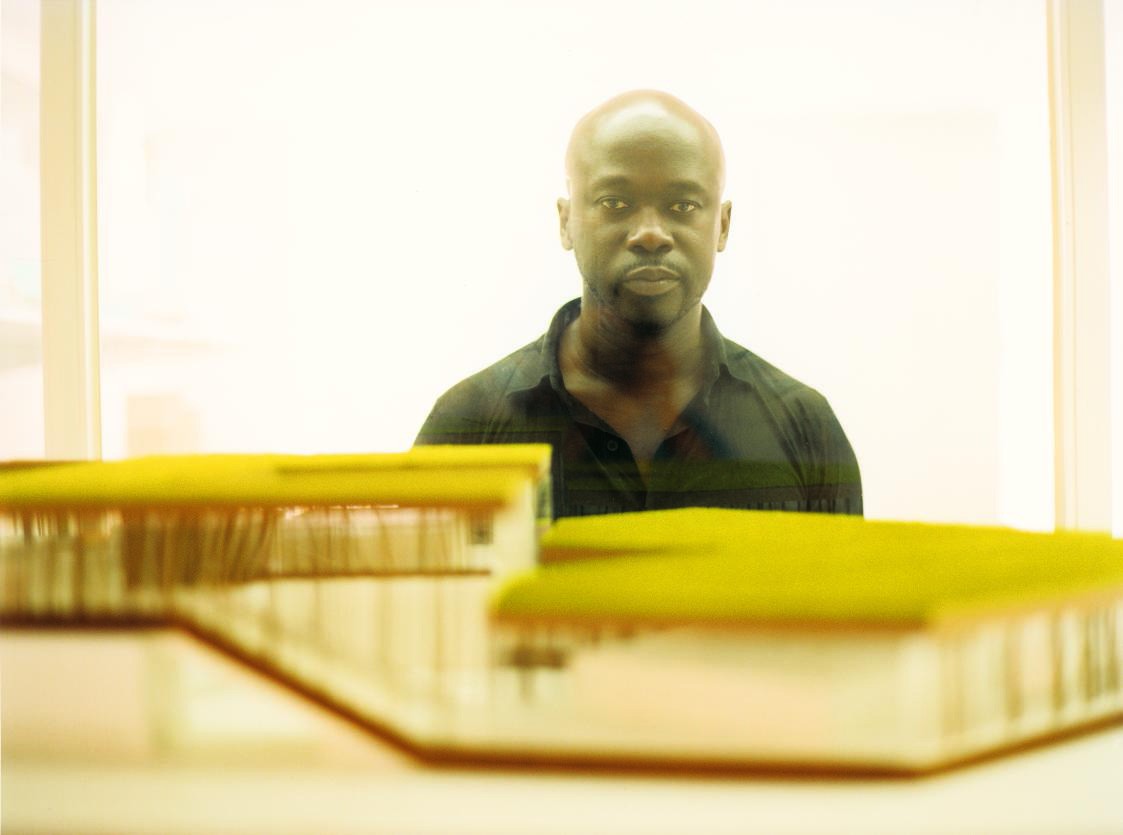 The Smithsonian National Museum of African American History and Culture, or NMAAHC for short, opened to the public September 24, 2016. PIN–UP caught up with its lead designer, David Adjaye, earlier that year at the Venice Biennale, where he explained his approach to what is the culmination of his career to date.

How do you address a project like the Smithsonian National Museum of African American History and Culture, which deals with such large and in a way intangible issues?

To me that intangibility was actually what made it incredibly interesting. It really addresses our condition at the beginning of the 21st century, that we deal with intangible issues but need narratives around them. And we need to make constructed narratives that bring to those intangibles a kind of tangibility that allows people to engage with them. In a way the heart of the project is the notion of the metropolitan. It’s about people from diverse origins coming into new places and creating new citizenship and ideas. And that’s a 21st-century issue. As I see it, there aren’t enough constructed narratives which engage with that. Because we forget that that’s what creates the frame. We’ve been obsessed with an architecture of singularity for a very long time, which is about reinforcing the self, the me.

Yes, all about the architect’s ego. But how do architects avoid ego? They all have it…

Ego isn’t necessarily in itself a problem, it’s how ego is deployed. I think ego can be a really great driving agent. It can destroy things or can create incredible things. So we don’t have to snip the testicles of ego! (Laughs.) I just think we need to use it effectively. It’s a very important human force. So in a way for me the Smithsonian is that.

It’s not a palace of wonder of objects.

No, because that’s not my job. My job was to understand the narrative and themes and create the frame for that. It’s about using architecture and museography to create narratives. The objects aren’t value objects, they’re triggers for the narratives. The collections include things like a slave hut from Mississippi, the ironwork of a slave master’s house, Nat Turner’s bible, or Emmett Till’s coffin. These are triggers that create incredibly emotional charge points. And I think around the turn of the millennium we saw the beginnings of this with projects like Berlin’s Jewish Museum and other new museums that deal with World War II and the Holocaust, all of which are kind of small iterative beginnings of a new typology. And for me the Smithsonian is a full-blown realization of that. Because globalization is triggering this narrative agenda, where the message of the content is also part of the container. It’s no longer the 18th-century idea of the museum, where you allow access to the aristocratic palace — and essentially Bilbao is still a palace, a kind of late-20th-century high-tech palace. The Smithsonian is a very different thing. The very fundamentals of the fabric, the silhouette — which is the primary register of a building — the details, the way in which the narrative unfolds are all about the story. So the story comes first.

How does the building work spatially?

There’s what I call the attic, with upper galleries, and the crypt. Basically, it’s like a house. In the middle is the accessibility — the middle is what I call the democratization of the entry. There are no steps up to a halo chamber, there’s basically a multidirectional welcome. It’s almost like a market building where you come under and everything is accessible to you.

Really? How’s that going to work with respect to security issues?

DA: Because we’re really smart! (Laughs.) No, there’s a security envelope. With a location near the White House on the National Mall, we had to deal with security issues that most buildings don’t face. So there’s a funneling system, but we’ve tried to make it as elegant as possible. The problem with a lot of security is that it’s been added to buildings that weren’t designed for it. You can find ways to do it better in new buildings. I wanted to declutter the security away from the image of the building — I didn’t want people queuing to be the first thing you see. That’s all dealt with, I hope.

So where are the history galleries?

The history galleries are in the crypt. I call it the jewels under the building. That site is very sacred site for me because it was once a slave market.

Yes, we found that out as we were doing the project. So we were uncovering history as we were working on the design, and it precipitated ideas about wanting to ritualize it. So I made a kind of oculus of light that creates a room above the history galleries, so you have this kind of reflective space to honor that site. And then you have the attic spaces, and the attics basically give you an incredibly privileged panoptic lens onto Washington. So you’re dealing with the information, and then you’re also dealing with the context and reimaging the context because the information is now hopefully recoding you to look at the Washington Monument a little differently. It’s not just images or places that you have to tick off, but here’s the story and holy moly, it’s right outside the window. The building is a lens for that.

Materially it references metal. It’s the only metal building on the Mall. For us it references bronze and copper work from Benin, West Africa — which is predominantly where the African-American community comes from — and the metal-smithing craft of the African-American community. There were many incredible master craftsmen who built the grand houses in the South who were African-Americans, and it’s only now that people are starting to learn about them. African-Americans weren’t just picking cotton, they were engineers building canals, they were fantastic craftsmen. And I wanted to honor that. The ornate metalwork is really a reference to the idea that America is built on the craft of these people. This idea of metal not as dull iron ore, but transfigured, metal as a celebration of alchemy. The metalwork references the shrine houses of Benin where the stories of empires and kings are honored. The Smithsonian shimmers with a bronze casting.

How does the circulation work?

It’s on the perimeter, there’s no center — the center is really negated. You come in and it’s a volume, and then there’s a series of interstitial spaces that allow me to express the full section of the building. And it’s also the delight of the building, because the skin creates these lenses and dappled light, as well as the orientation and the primary circulation, so you’re always coming back into daylight and resetting the view and orientation before you go into the next experience.

It sounds like the whole museum is a piece of landscaping in a way.

You’ve got it. It’s completely a piece of landscaping.

Clearly one of the big ideas in the Smithsonian is inclusion. And this is something you’ve long been concerned with — your diploma project famously dealt with issues of disability, inspired by your experience of looking after your brother, who is mentally and physically handicapped. And I guess that in the context of the Venice Biennale this year, that’s one of the fronts you could be reporting from, the difficulties disabled people face trying to negotiate cities.

Yes. And Venice is a classic example.

Well yes. So what do you do in a place like this if you want to allow people to get around?

It’s never a simple answer with artifacts from the past because they have embedded in them the DNA of a world that had no interest in that issue. And in a way the lessons of that are important to understand. But also I think that, as you build new systems and infrastructure, you have to make sure they counter that. With artifacts, you also have to layer it in such a way to make it very clear that the past reading and today’s reading are different things. Architecture is very, very slow, so it’s not something you can just change overnight — you know, the idea that you decree that all palazzi must now have disabled access down to the ground floor is not practical or real. But if you have institutions where everybody goes, that are in everyday use, then you do have to find a way. If it’s a tourist site, it can be a complicated issue because you have to find a balance between the lessons the thing is teaching us versus the accessibility, because you don’t want to destroy the artifact that you’re trying to teach from. But if it’s an institution that the citizens of a place have to use, then I think you really have to make a special effort, because the artifact can’t impart that exclusion and negative image forever just because it’s an artifact — it has to negotiate the reality of our world. It has to remain relevant really.

How do differences in legislation from country to country affect accessibility?

I think that from my point of view the work I do implicitly has that DNA in it. We don’t start from a position of inaccess to anyone, we don’t let the architecture take priority over what I call the democracy of the project. The democracy is part of the foundation of the project. So it’s not really even a discussion. There’s no project that’s worth creating exclusion for.